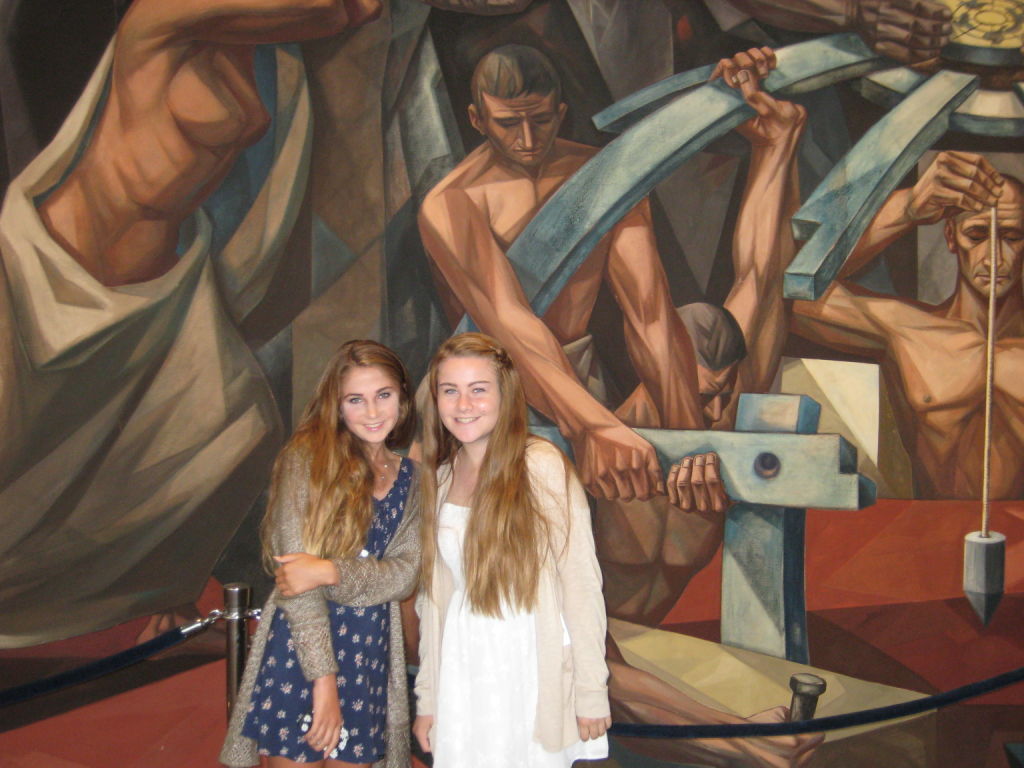 Malia Simon, left, and Chloe Slayter got to see the sights in New York before receiving their awards. 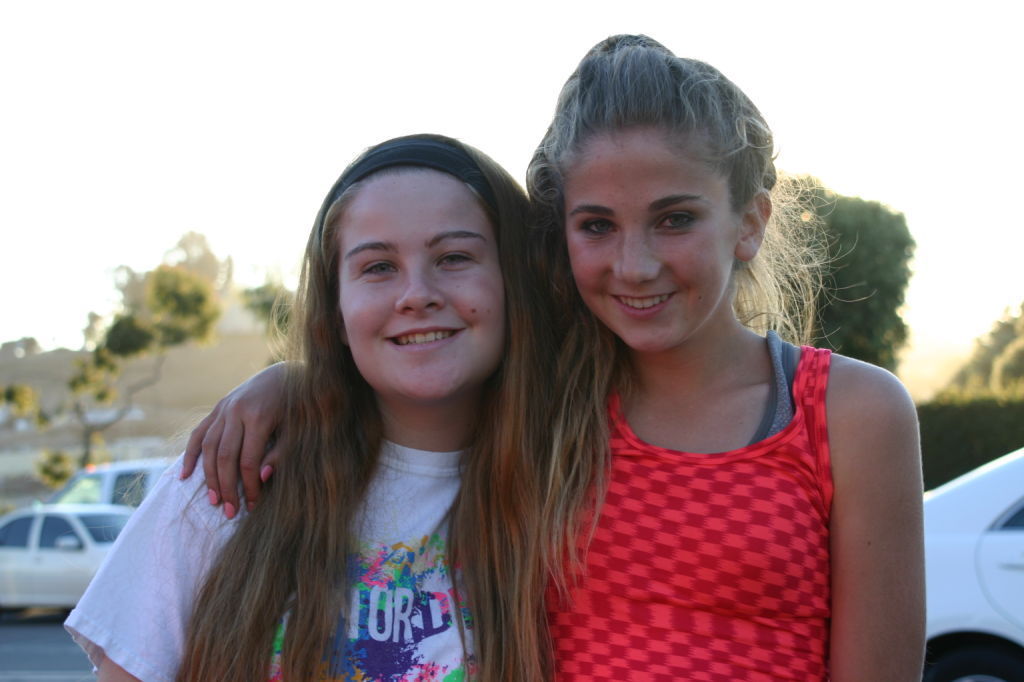 Chloe Slayter, left, and Malia Simon combined to produce a short video that took first place in the Peace in the Streets Global Film Festival.

It's not often a junior high class project earns its creators an invitation to New York City, but it did for two Arroyo Grande teens.

A short film by Chloe Slayter and Malia Simon took first place in the Peace in the Streets Global Film Festival and earned the girls a trip to the United Nations building to accept their awards.

The girls received their awards Sept. 9 in the Dag Hammarskjöd Auditorium following the Culture of Peace Conference. Their video was one of many shown at the conference.

The girls shot their video on a couple of smartphones last year as part of a project in Cade Newman's eighth-grade language arts class. It was part of a "Dude, Be Nice" anti-bullying campaign at Paulding Middle School.

The girls are now both freshmen at Arroyo Grande High School.

The stark black and white video, set to the song "Turn Our Eyes Away," performed by Trent Dabbs and Ruby Amanafu, portrays the effects of bullying in school and how students can take steps to eliminate it. The girls shot it with the help of the Paulding drama classes.

Their effort earned them more than a good grade.

"We put more into it than just trying to get and A on it," 14-year-old Malia said. "We definitely realized how powerful it could be."

The girls' four-minute video took first place in the 14-18 age division of the Peace in the Streets contest.

"Films were made on any device: phones, tablets, video cameras, et cetera, and were judged on the story told, not necessarily on production values," said Carole Sumner Krechman, chief executive officer of CV Studios Entertainment which produced the contest.

In addition to winning the first place medals in the inaugural Peace in the Streets Film Festival, they received an HD camera to continue their film-making efforts. The camera is a big improvement over the two iPhone 4's they wore out on their film.

Like many filmmakers, the girls were critical of their work after seeing some of the other films. But both said the honor inspired them to do more videos.

"It was definitely kind of an unprofessional process, but it got the message across," Malia added.

Getting that message across -- how young people can limit the effects of bullying by joining hands and coming together -- was their intent.

"I feel like there's not an insane amount of bullying -- I see a lot online -- but it's out there," Chloe said.

"We're not knowledgeable about world politics, but we know about human interaction," Malia added.

To watch the anti-bullying video made by Chloe Slayter and Malia Simon go to www.youtube.com/watch?v=TFkH2h40BXE&feature=youtube_gdata_player

Two Arroyo Grande High School freshmen made an anti-bullying video last year that won a Peace in the Streets film competition. They were invit…

Malia Simon, left, and Chloe Slayter got to see the sights in New York before receiving their awards.

Chloe Slayter, left, and Malia Simon combined to produce a short video that took first place in the Peace in the Streets Global Film Festival.