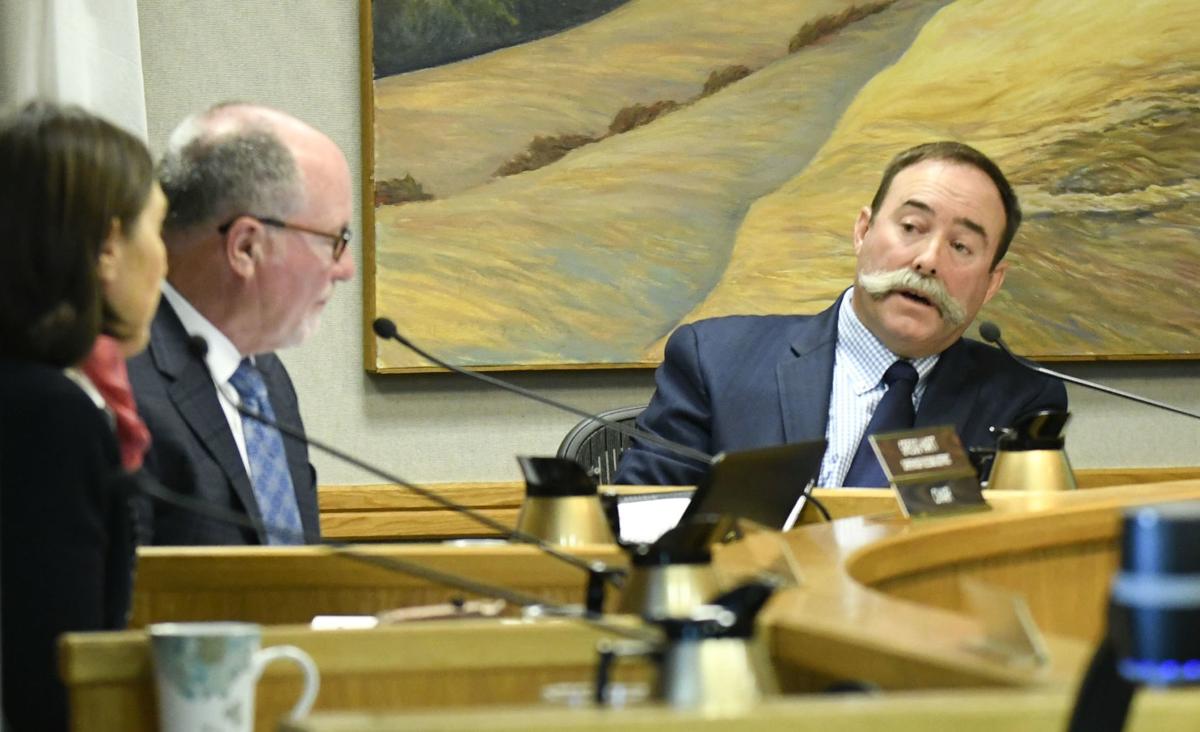 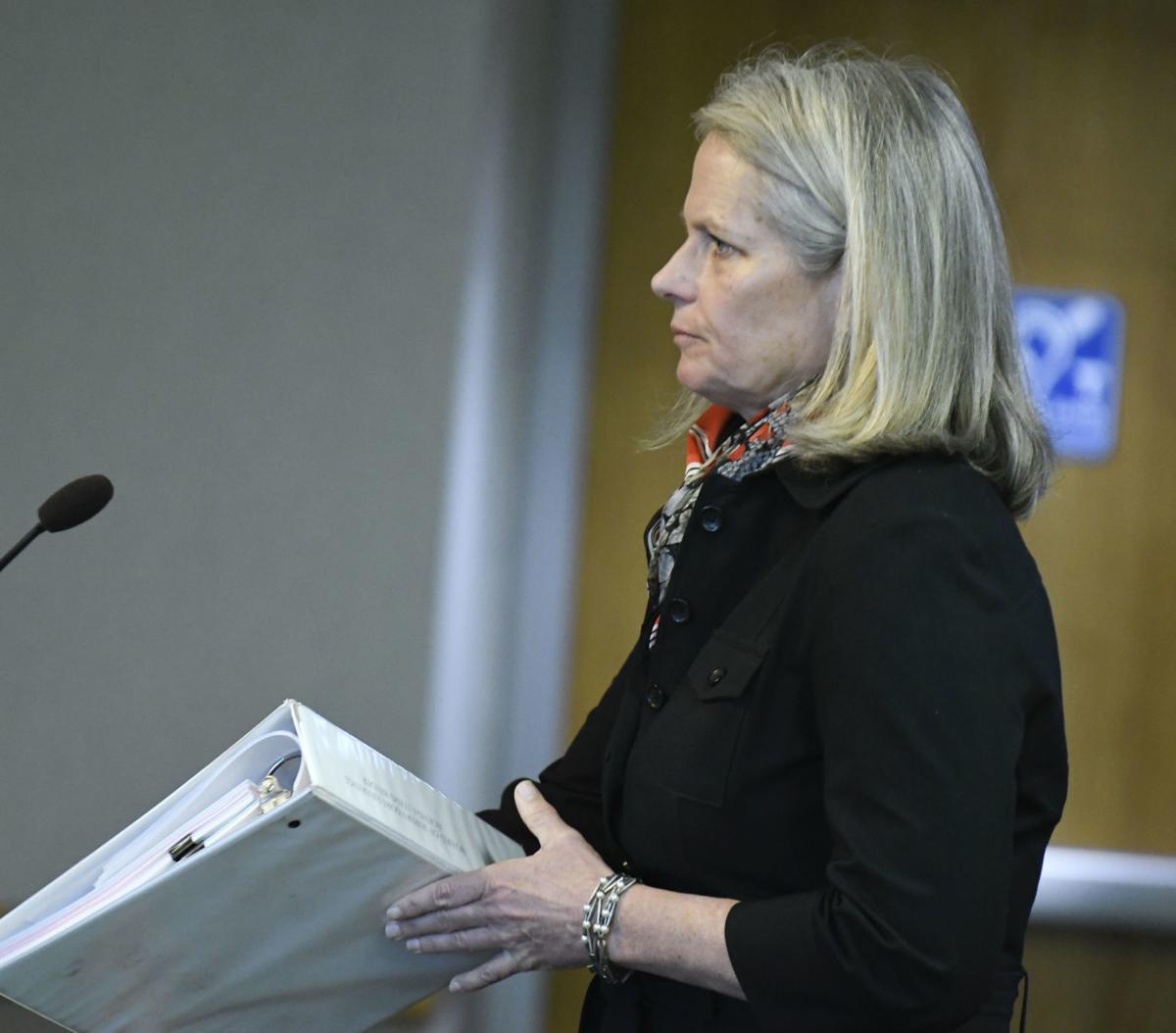 Lisa Plowman, director of the Santa Barbara County Planning and Development Department, tells the Board of Supervisors about a proposed contract with a planning consultant during the board's meeting Tuesday in Santa Maria. 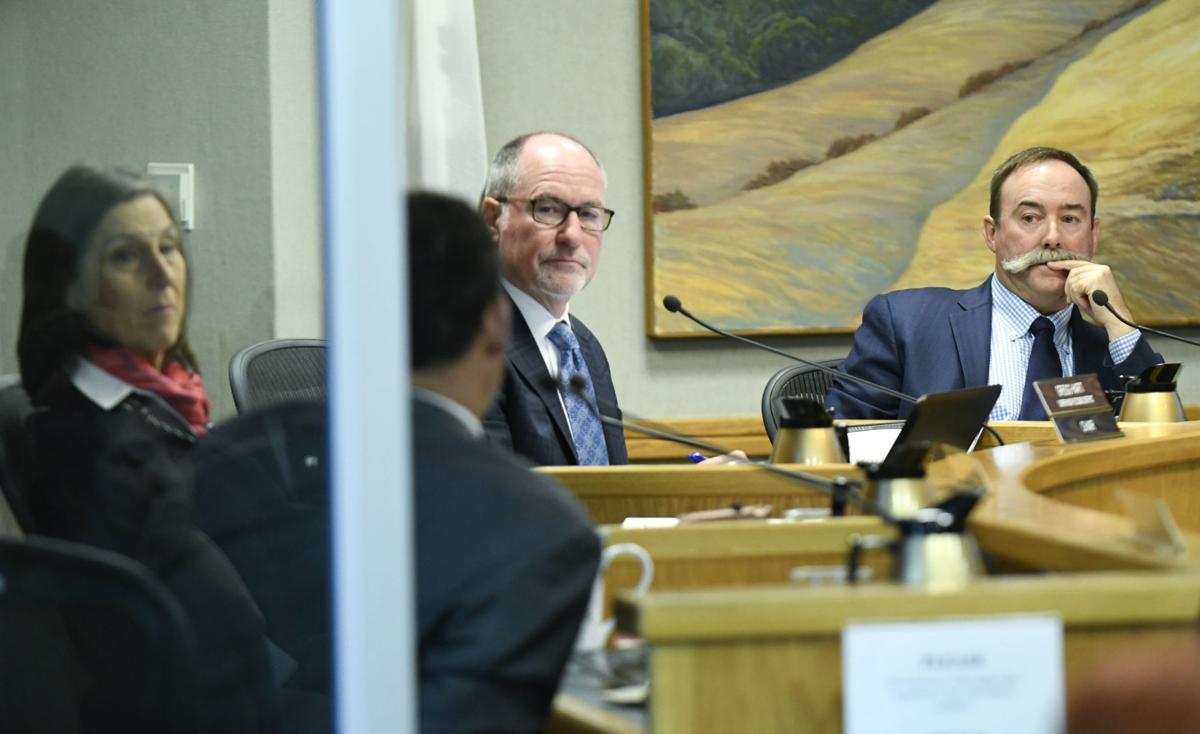 A contract with a local firm to assist the Santa Barbara County Planning and Development Department was called into question Tuesday when 4th District Supervisor Peter Adam cast a dissenting vote because of a fraud case stretching back almost three decades that involved land his family owned.

But the rest of the Board of Supervisors voted to approve the contract, even after hearing it couldn’t be revised to distance an employee from county projects, because getting the work done is more important than what they said is a low risk.

Adam objected to contracting with the Santa Barbara office of Wood Environment and Infrastructure Solutions Inc. because the company employs a former County Planning and Development Department staff member who was involved in a fraud case Adam said cost the county and his family millions of dollars.

His objection stemmed from the early 1990s when Elihu Gevirtz conspired with consultant Katherine Rindlaub to fraudulently declare 95 acres of a 268-acre parcel near Solomon Road and Highway 1 in Orcutt an environmentally sensitive wetland.

Apparently, the motive was to keep the property open space, but the designation precluded it from being farmed.

Adam Bros. Farming was unaware of the designation when the company purchased the property in 1997 to grow vegetables, and when grading began to prepare the land for planting, the county halted the operation.

In 2000, Adam Bros. filed a lawsuit and was awarded $5.47 million in monetary damages and $130,000 in punitive damages against Rindlaub, Gevirtz, his supervisor Dan Gira and Zoning Administration Division Deputy Director Noel Langle.

A judge tacked on another $1.1 million for lawyer fees and court costs but voided the judgment against Langle.

The county, on the hook for paying the damages, filed an appeal in 2006, and in 2008 the verdict was overturned. But County Counsel Michael Ghizzoni said the county spent between $500,000 and $1 million on the litigation, and Adam said he spent more than $2 million.

Gira is now the project manager for Wood’s office in Santa Barbara, which prompted Adam’s objection.

“Would you hire a person who defrauded us of $2 million?” Adam asked, saying it would put Gira back into the same environment where the fraud occurred.

“This is like putting a pedophile in charge of a child care center,” Adam said.

County Planning and Development Department Director Lisa Plowman, who was unfamiliar with the case, said she recommended Wood because she previously worked with and trusts the company and it has expertise in the type of projects the county needs help with.

“I think we should look at the consequences of not approving this contract,” 1st District Supervisor Das Williams said.

He pointed out the board supports farm stays — where tourists stay on working farms — but the department’s workload has prevented the staff from creating an ordinance to regulate them, causing lost opportunities for farmers and missed tax revenues for the county.

Seventeen experts in agriculture, pest control and agriculturally related products and processes are scheduled to speak at the fourth annual Ag Innovations Conference coming up Wednesday, March 18, in Santa Maria.

A draft environmental impact report for the next order regulating the discharge of agricultural waste from irrigated lands prepared by the Central Coast Regional Water Quality Control Board is now available for public review and comment.

Students for Eco-Education & Agriculture have set Sunday, Aug. 2, for Flavors of Santa Barbara County, a culinary and wine event to raise …

“Growing Possibilities,” the EconAlliance Ag Forum 2020, will bring together regional agricultural leaders to discuss the challenges and oppor…

Lisa Plowman, director of the Santa Barbara County Planning and Development Department, tells the Board of Supervisors about a proposed contract with a planning consultant during the board's meeting Tuesday in Santa Maria.