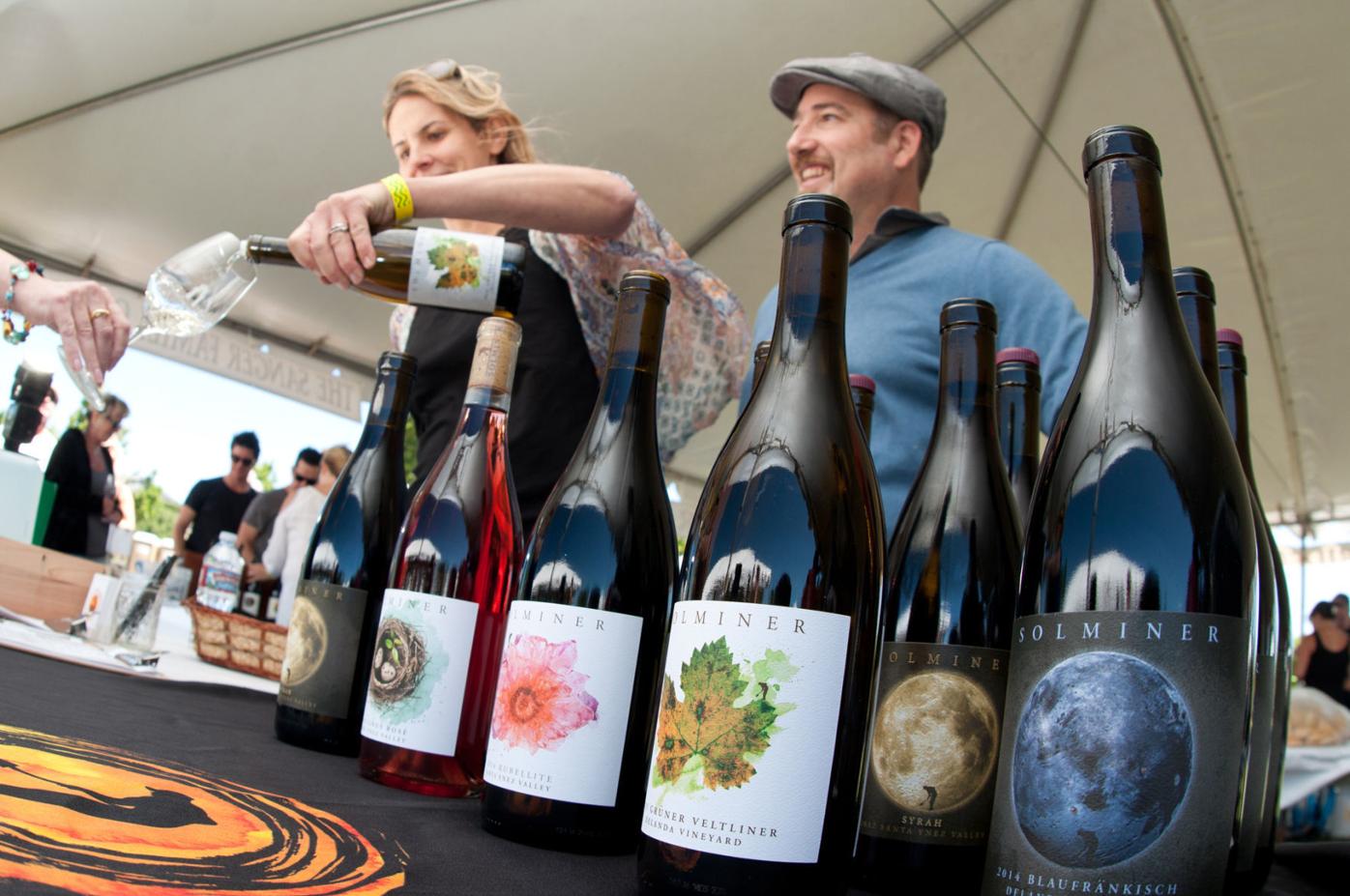 Solminer owners Anna and David deLaski, pour a tasting of gruner veltliner, a white wine originating from Austria at the 2016 Vintners Festival. 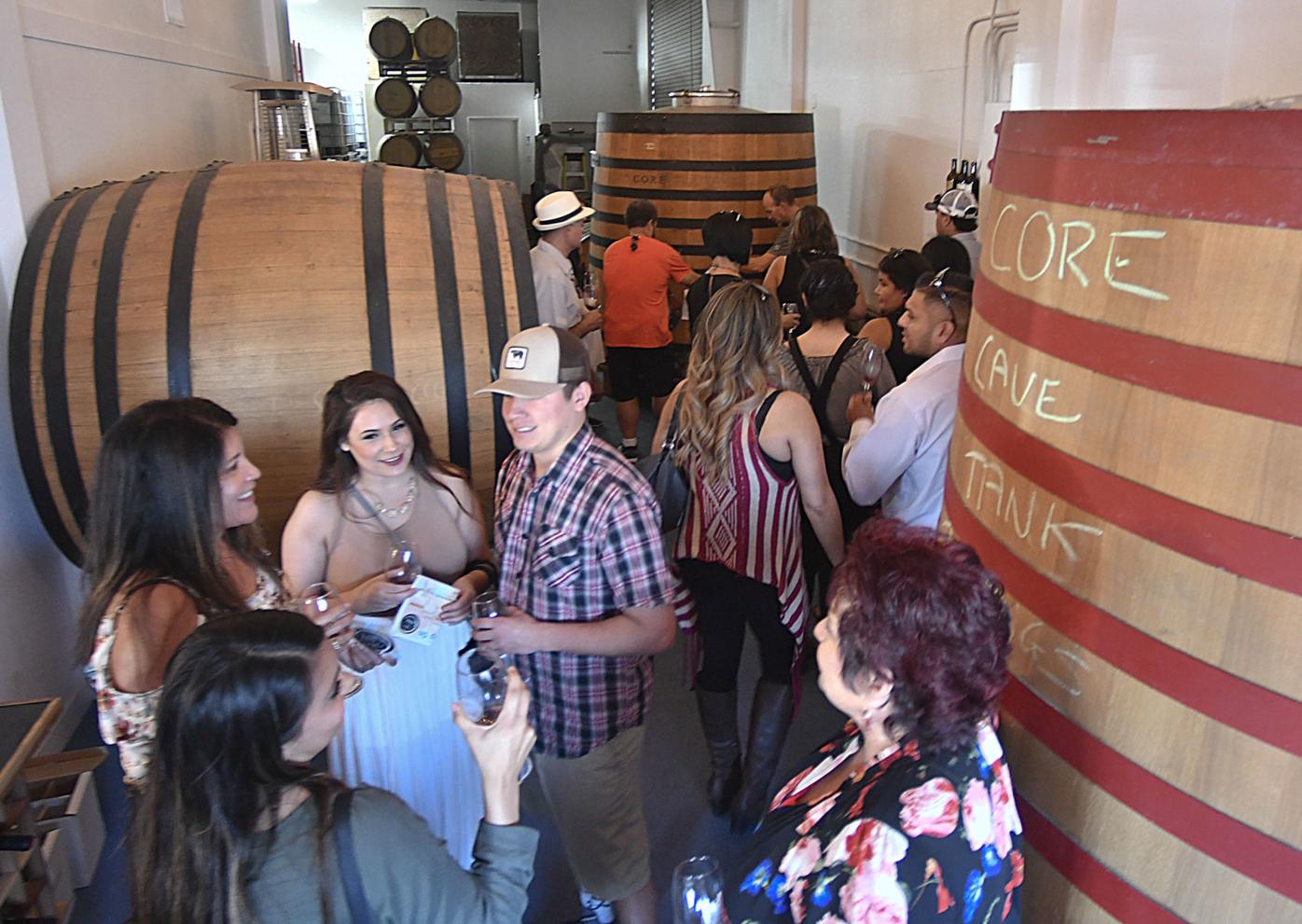 Tasters gather at the Wine Factory on North D Street during the 2017 Sip Lompoc event. 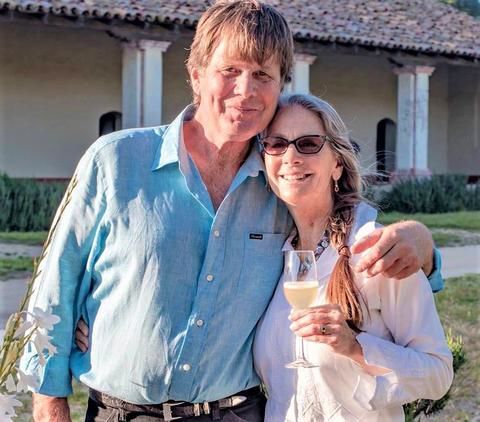 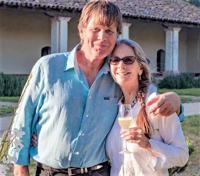 The Santa Barbara County Vintners Association has withdrawn its plans to enact a 1% wine assessment that it hoped to impose on county vintners to pay for marketing and advocacy purposes.

The more than two-year effort by the vintners association to achieve support from the county's nearly 300 wineries with tasting room sales for paying the extra 1% tax-like fee on all California direct-to-consumer sales, ended on Oct. 28.

Of those, a group of more than 60 vintners largely organized by Kate Griffith of Flying Goat Cellars, organized in early October as "The Santa Barbara Wine Country Coalition" to collectively petition against the assessment's passage, which was estimated by the vintners association to boost the local wine industry's marketing budget by more than $1 million annually.

"...we asked for a raise of hands of vintners who oppose the bid to show that it was not supported by the majority. We showed 85 wineries publicly opposed the BID and many more were staying neutral," deLaski said, describing the tone of the effort to appeal to the Lompoc City Council and the vintners association. "All Lompoc wineries were opted out as well. That left a minority of wineries who would be signing the petition."

Vintners Association CEO Alison Laslett, who was not available for comment, announced that the initiative had been dropped in an email notice to vintners on Oct. 29.

"In recent weeks, it has become apparent, most notably through a threatened lawsuit, that this process is dividing our community," she wrote. "This was never our intent; therefore, the Santa Barbara Vintners will no longer lead the charge to form the Wine Preserve."

For the assessment to have passed, a majority buy-in from county vintners as well as city councils across Santa Barbara County would have been crucial for the required approval by the Board of Supervisors. But that didn't happen.

In a 5-0 vote, the Lompoc City Council on Oct. 20 preemptively rejected to opt-in should the proposed assessment be passed in Santa Barbara County. The ruling distanced the city's more than 60 wineries from participating in the vintners association's business dealings afforded by the assessment should it later pass.

"It was hard to support an organization that I was not a member of, putting a tax on my customers and our city," said local winemaker Brandon Bridge, referring to the design of the tax assessment which would have been imposed on all eligible County vintners whether they were a member of the vintners association or not.

The light of transparency and inclusion can be harsh and unpleasant, but it would have avoided this public fiasco.

"I was not confident all regions and members would be treated equitable, and, ultimately, it didn’t seem fair to small producers," he said.

Paired with the backing of an outside lobbying organization, the Howard Jarvis Taxpayers Association, deLaski said the wine coalition also disseminated a petition that gained traction – and signatures – within the local wine community that was presented as a resolution to both the Lompoc City Council and the vintners association.

"No one threatened a lawsuit," deLaski said. "My understanding is that the Jarvis Taxpayers Association wrote the County a letter and stated their view that the [Wine Preserve] constituted an illegal tax. For this reason their suggestion was the county should not collect it. It was a fairly boilerplate response by Jarvis that they send to potential BIDs that are trying to assess like fees."

Extrapolated from the petition, the language opposing the 1% assessment reasoned that the use of a weighted vote system which was based on the sales of each winery throughout the County would "not fairly represent our collective desire as a wine community." It had been estimated that of the 300 wineries involved, 80% of sales were made by 80 wineries, which would only require a handful of the top grossing direct-to-consumer wineries to constitute a 51% majority, thus the passage of the wine assessment.

The petition also argued that 46% of the projected $1 million annual gross would be applied to administrative costs such as salaries, overhead and reserves rather than marketing.

"The failure of the [Wine Preserve] was a coup for our customers, as they will not be paying an extra 1% wine tax," said Griffith, noting that Flying Goat Cellars had been a member of the vintners association since 2002, but dropped the membership this year.

"My husband, Norm Yost, and I even served on the board," Griffith said. "We dropped our membership this year because we could not support the direction of a leadership hell-bent on a [Wine Preserve], at the expense of more pressing issues."

She said that in all the effort spent to move the assessment forward, the vintners association at an urgent time failed to communicate to the wine world that Santa Barbara wine country "was not ablaze or damaged by smoke taint this year," resulting in a missed opportunity to advocate for the region.

"Unfortunately, the world will never know that this has been a great vintage for many of us because they think we have suffered the plight of northern California," Griffith said. "Ironically, many Napa Valley vintners have been buying up [Santa Barbara County] surplus fruit to compensate for their losses."

The Fess Parker family recently announced that its estate vineyard, Rodney’s, has been recognized by third-party certifier Sustainability in P…

What you need to know for Wednesday, November 11