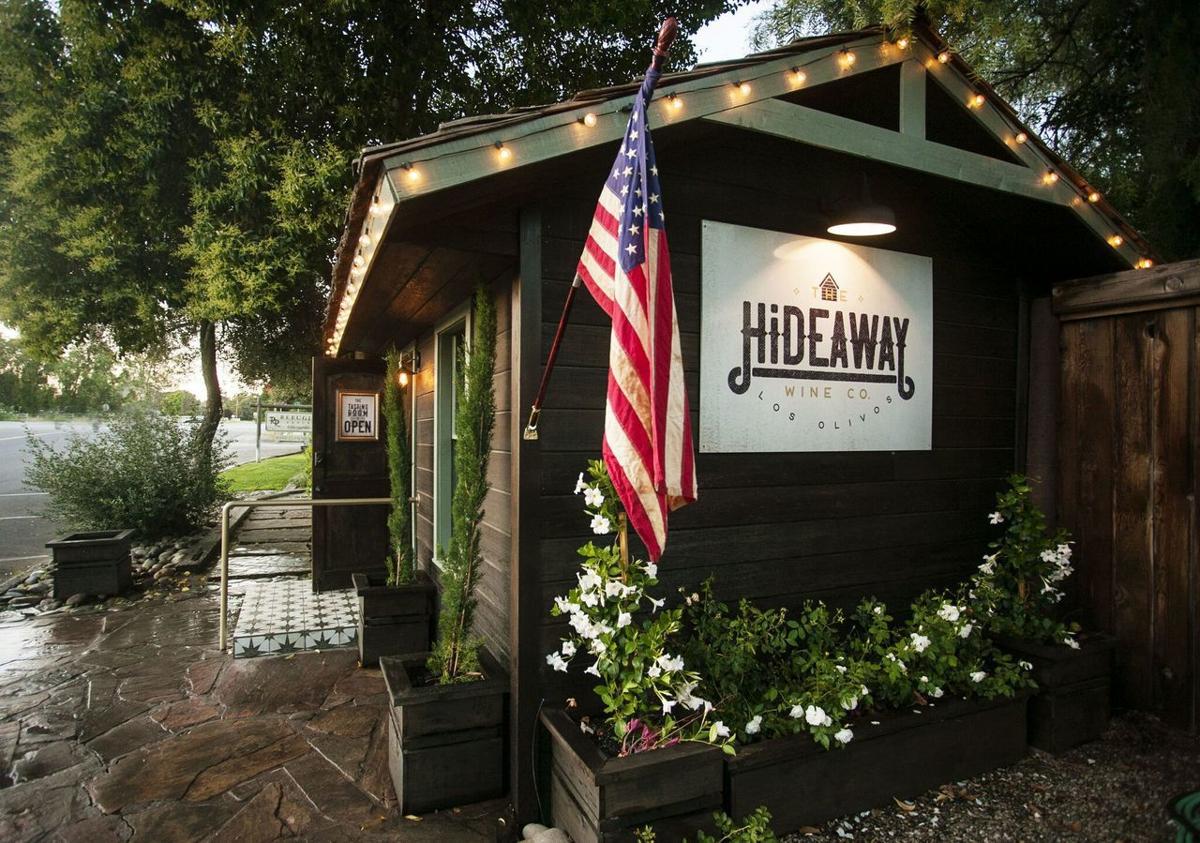 The Hideaway Wine Co. is tucked inside what’s billed as the smallest tasting room in Los Olivos, located at 2990 Grand Avenue, #A. 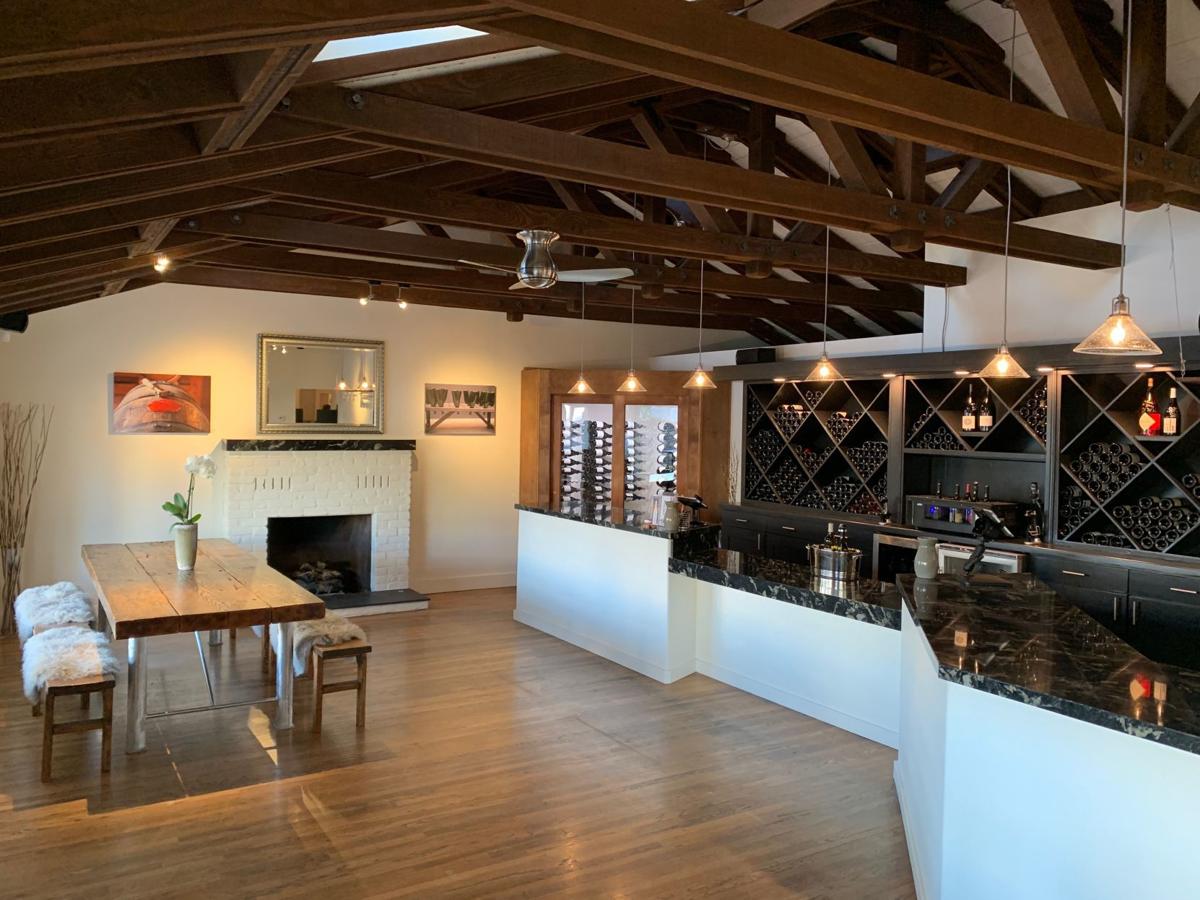 With “Dry January” behind us, it’s time to seek out some new sips. Good thing that change and evolution seem to be the name of the game these days in the Santa Ynez Valley’s food and wine scene. Case in point: newer wine tasting rooms have cropped up in the walkable, wine-filled town of Los Olivos – with more on the way. Here is a Los Olivos tasting room update.

The dual-label’s wines are all derived from cool-climate vineyard sites in both the Sta. Rita Hills and Santa Maria Valley. The couple behind the labels, husband-and-wife team Peter Hunken and Amy Christine MW, have been making their wines together in Santa Barbara County since 2004. Peter’s winemaking career dates back to 2001. In 2013, Amy received the title of Master of Wine, becoming one of only 13 women in the United States at that time to achieve this goal.

Opened in April 2019, The Hideaway Wine Co. is tucked inside what’s billed as the smallest tasting room in Los Olivos, located at 2990 Grand Avenue, #A, a structure with historical importance. According to the label’s owners, the teensy “TR” was originally a train-ticketing booth for the Pacific Coast Railway. The Hideaway's wines – a white Rhône blend, Cabernet Franc, and various red blends – are made in the brand’s Buellton winery, with grapes from some of the Santa Ynez Valley's premier vineyards.

Summer of 2019 saw the addition of Carucci Wines to Los Olivos’ Grand Avenue (2923 Grand Avenue, Suite A), where owner/winemaker Eric Carucci can be found pouring his “intentionally-small” brand’s wines. He sources from vineyards in both Santa Barbara County and Edna Valley, for his single vineyard, mainly single varietal wines.

“We look at each growing season as an opportunity to showcase the purity and imperfection that a single vineyard has to offer, while providing an honest expression of place and time that can never be duplicated," Carucci explained. "We hope that our wines are approachable young and have the ability to age gracefully."

In the second half of 2019, next door to Carucci Wines, Antonio and Jeni Moretti opened the doors to their relocated tasting room Taste of Santa Rita Hills and Moretti Wine Co. The Morettis represent a group of California Central Coast winemakers: those who create some of the most sought-after and hard-to-find wines coming from the Sta. Rita Hills.

In addition to those world-class Pinot Noirs and Chardonnays, the couple offers tastings of their own Moretti wines, made in an old-world, food-friendly style by winemaker, Steve Clifton. Bubbly-seekers, take note: Moretti also features a Valdobbiadene DOCG Prosecco.

Coming soon to the Valley…

“We are extremely excited to join so many quality producers in Los Olivos," said Ernst, a South African native who is making wines with a combination of Old and New World techniques, working with cooler sites in Santa Barbara County to produce classically-styled wines like his popular Sauvignon Blanc, Pinot Noir and Syrah. "We hope to create a space where our local supporters, and new ones, can come to experience a little slice of Santa Barbara County in a fun atmosphere.”

The Wine & Chili Festival will return to Buellton on March 15 to raise money for educational scholarships.

After celebrating 30 years last years in the wine industry, Fess Parker has more to salute – the 20th anniversary of Epiphany, their Rhone-focused winemaking label of Santa Barbara County.

Pico has reopened with new Executive Chef John Wayne Formica, affectionately known as the “Traveling Cowboy Chef,” at the helm.

The 74th annual Los Alamos Old Days Festival will take on a new form this September.

The Hideaway Wine Co. is tucked inside what’s billed as the smallest tasting room in Los Olivos, located at 2990 Grand Avenue, #A.