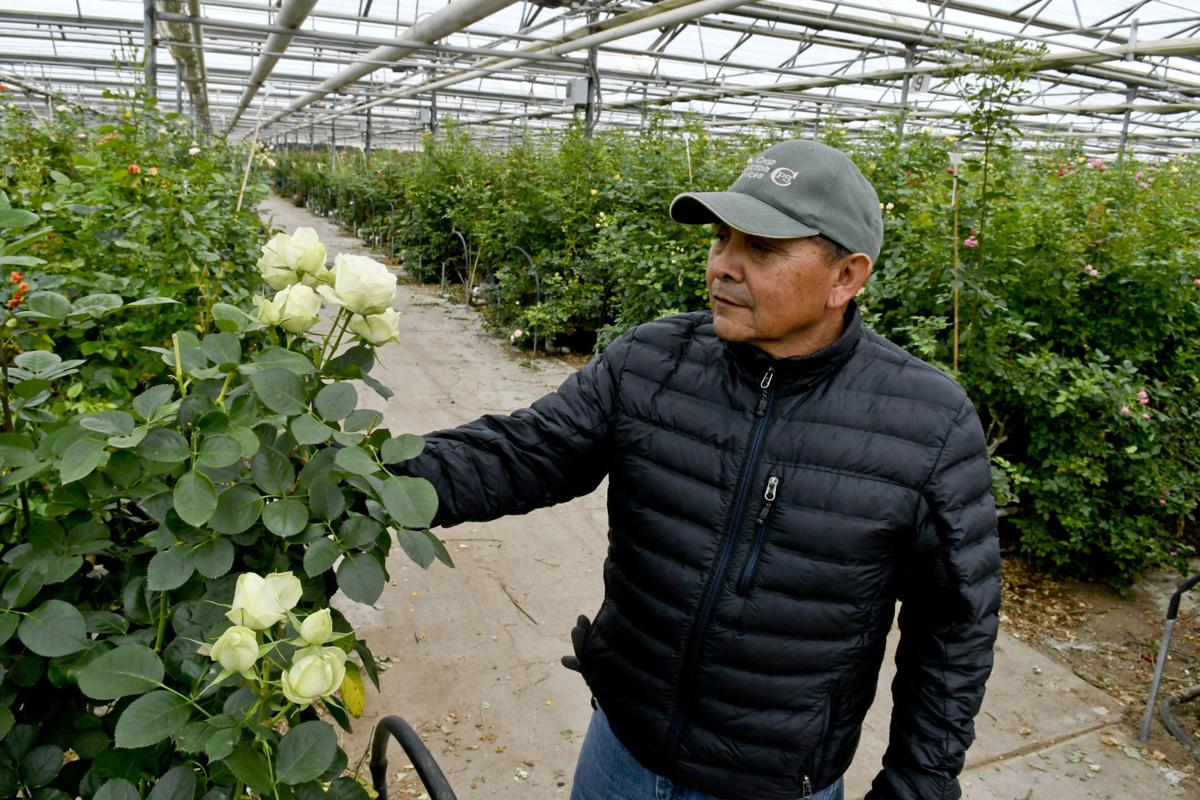 Jesus Gomez, a supervisor at Eufloria Flowers, looks at roses that won't be harvested after the owners of the Nipomo greenhouse decided to temporarily cease operation after sales vanished. 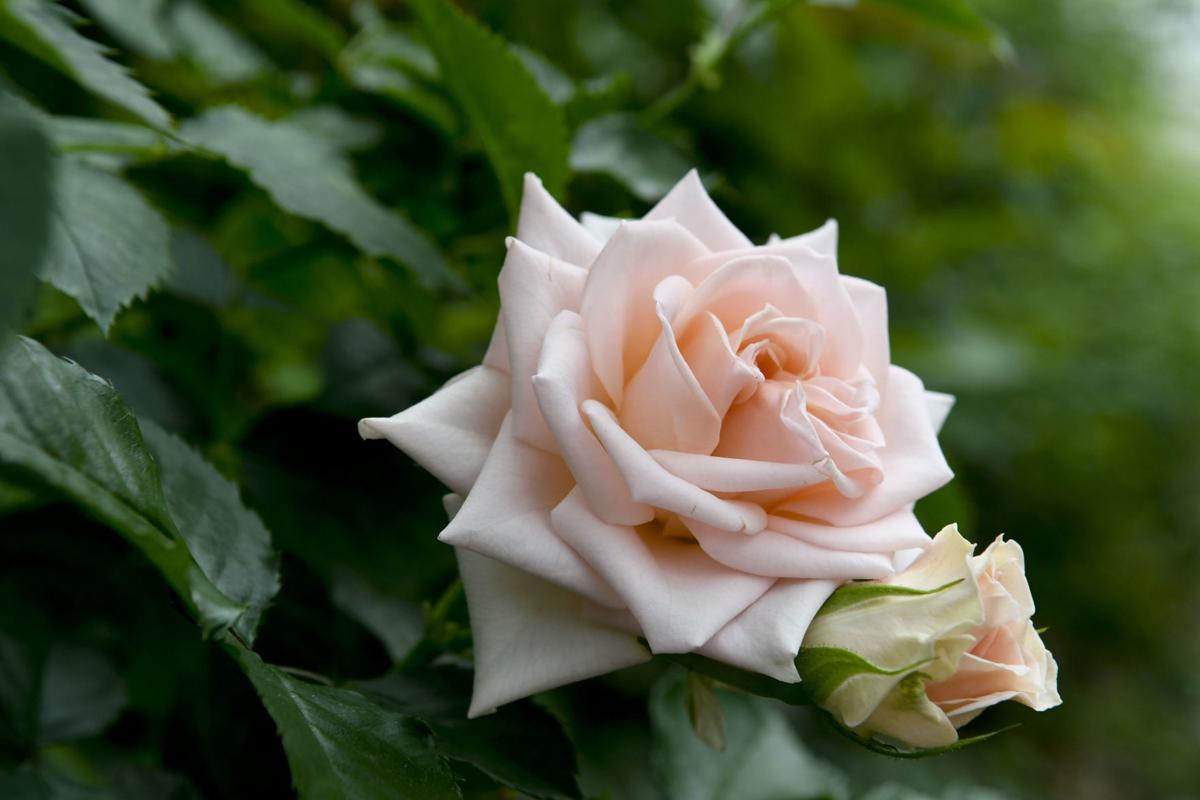 Roses that have opened at Eufloria Flowers won't be harvested after the owners of the Nipomo greenhouse operation decided to suspend operations because the response to the COVID-19 pandemic has eliminated the market. 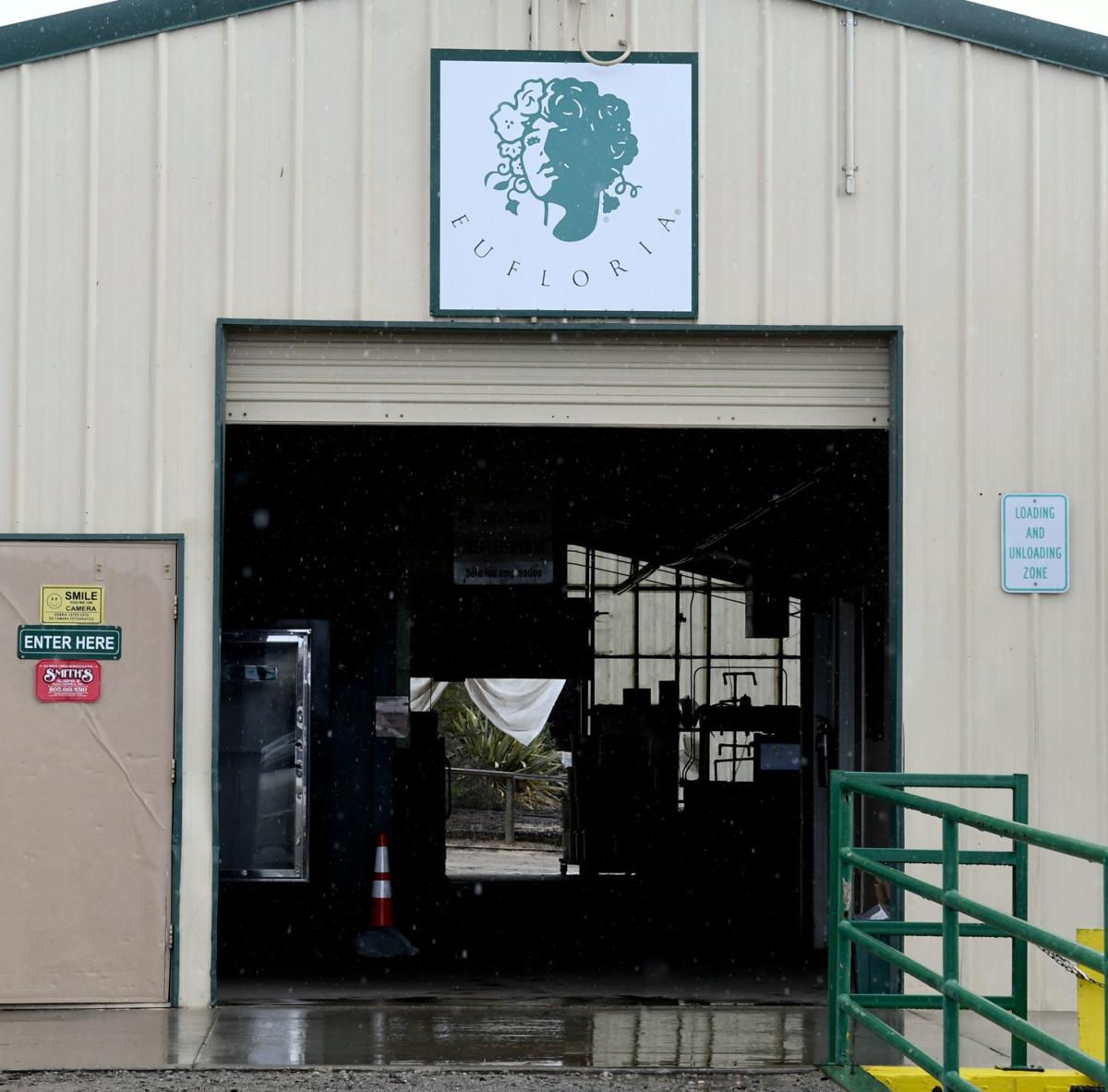 Owners of Eufloria Flowers in Nipomo decided to suspend operation of their greenhouses because the response to the COVID-19 pandemic has halted orders for cut roses.

A Nipomo rose-growing company came close to shutting down this week as the coronavirus response has decimated its business, but it now has decided to suspend operations with the hope of recovering once the COVID-19 pandemic is over.

Eufloria Flowers owner Andy Koch made the decision Wednesday to shut down the greenhouse operation that’s been in business in Nipomo for 36 years but has a reputation and heritage that stretches back more than 200 years in Denmark.

But on Thursday, the company pulled back from that decision in the hope of weathering the economic upheaval caused by efforts to contain the spread of the virus that has sickened more than 260,000 people worldwide and killed 9,790 as of Thursday, according to Johns Hopkins University.

“Andy did make that decision yesterday, but we decided to suspend operations, try to keep our stock alive and see what happens,” sales manager Chad Nelson said Thursday. “There are just no orders.

“You know, you make decisions, you sleep on things overnight, you come up with some ideas,” Nelson said. “So we’re going to suspend operations, maybe see if we can get some government assistance. We hope that over time, we can return to production.”

In the meantime, the company’s 40 employees have been laid off and are facing unemployment, although a few volunteered to do some unpaid work for the company.

Nelson said he is not among those laid off and is continuing to work answering questions from clients who have had ongoing orders with Eufloria.

Eufloria Flowers has been a fixture in the Nipomo area since it was founded in 1984 as Koch Mesa Nursery, then was renamed in 2000. But the flower-growing heritage of the Koch family stretches back to 1811 when Rudolph Koch married the daughter of the king of Denmark’s gardener.

The Koch family became leaders in orchid production in the early 1900s, developed the Christmas poinsettia market in Europe in the 1920s, first marketed the Kardinal rose in the United States, introduced hydroponic rose growing and grown rare varieties commercially.

Eufloria has supported local charitable and nonprofit causes and youth activities, opened its doors to the public in the annual Central Coast Greenhouse Growers Association Open House and supplied roses for some of the most well-known and prestigious events in the country.

Eufloria has also supplied the roses the thoroughbreds run for at the Kentucky Derby and since 1999 earned 113 awards from the Society of American Florists Outstanding Varieties Competition.

Cut-flower growers — many of whom operated greenhouses in Nipomo and Carpinteria — got hit hard when the United States allowed duty-free flower imports from South America in an effort to stem the tide of drugs flowing in from those countries.

From the company’s more than 8 acres of greenhouses, 15,000 to 20,000 roses of multiple types and varieties might be harvested on any given day.

But this week, a tiny virus nearly led to the company's closure as health departments banned large gatherings, mandated social distancing and ordered people to stay in their homes.

Nelson said the market for cut flowers just went away.

“Our industry is getting hit pretty hard,” he said. “There are no events. … Funerals are still going on. But normally, we’d be getting a lot of preorders for events, weddings, for wholesale florists and retail florists across the country.”

Eufloria staff also sells roses at 16 farmers markets all along the Central Coast down to Los Angeles, but some of those have been shut down as well.

“We’ve got a really good following,” he said, noting the company supplies high-quality, fresh-cut roses at good prices direct to the consumer at the farmers markets.

Nelson said the staff has been able to sell at markets considered necessary because of the food sold there, but after this week that will end.

“The supply chain is disrupted as well,” he continued. “It’s a domino all the way down the line. It’s hitting transportation, the trucks, because there’s nothing to put in them. … Every industry is going to feel the effects of this.”

Photos: National parks are free, but some oppose that amid the virus