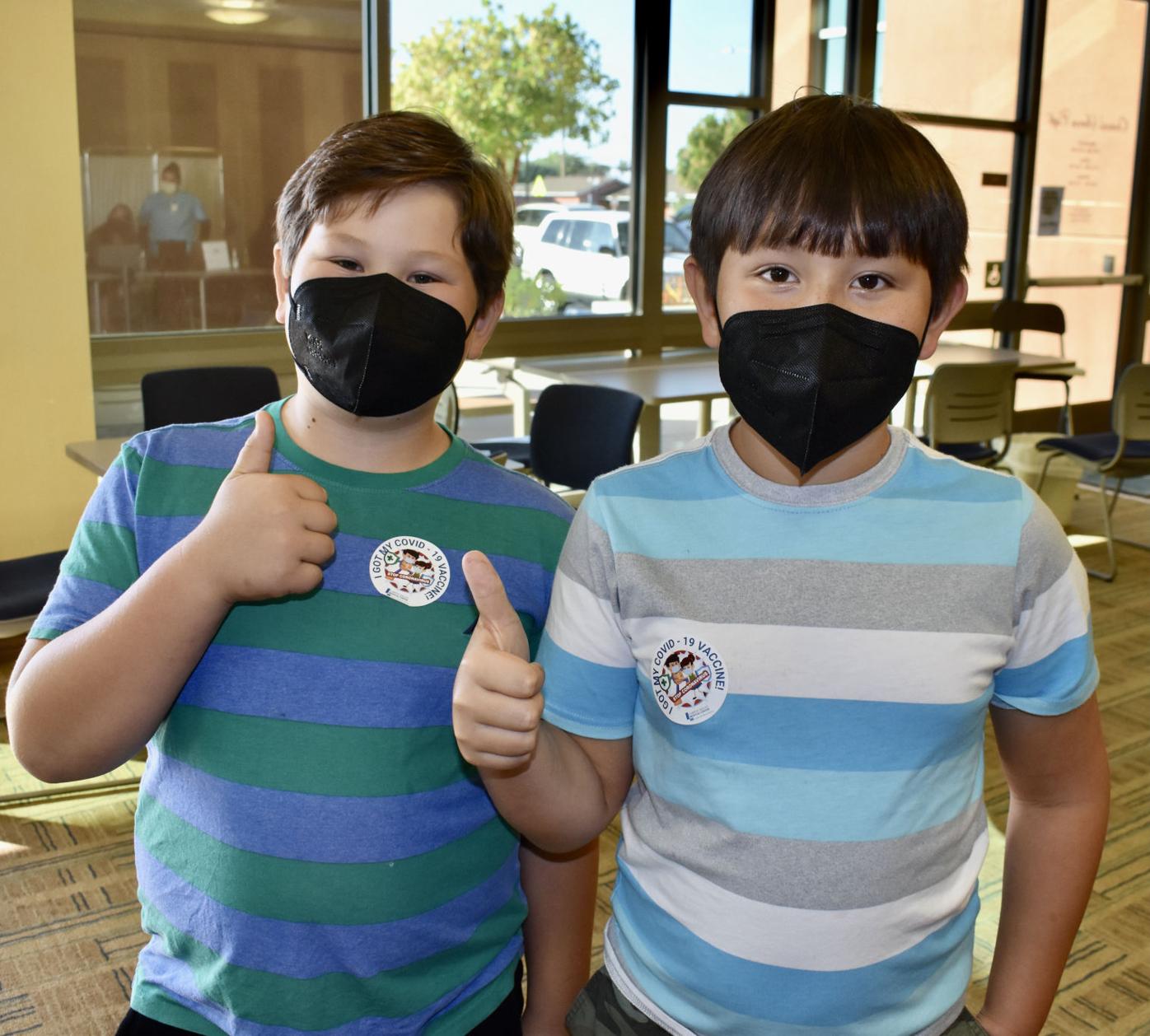 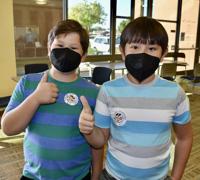 Michael Lumsdaine, 10, and his brother, William Lumsdaine, 9, received the first of their COVID-19 shots at Lompoc Valley Medical Center on Nov. 10. 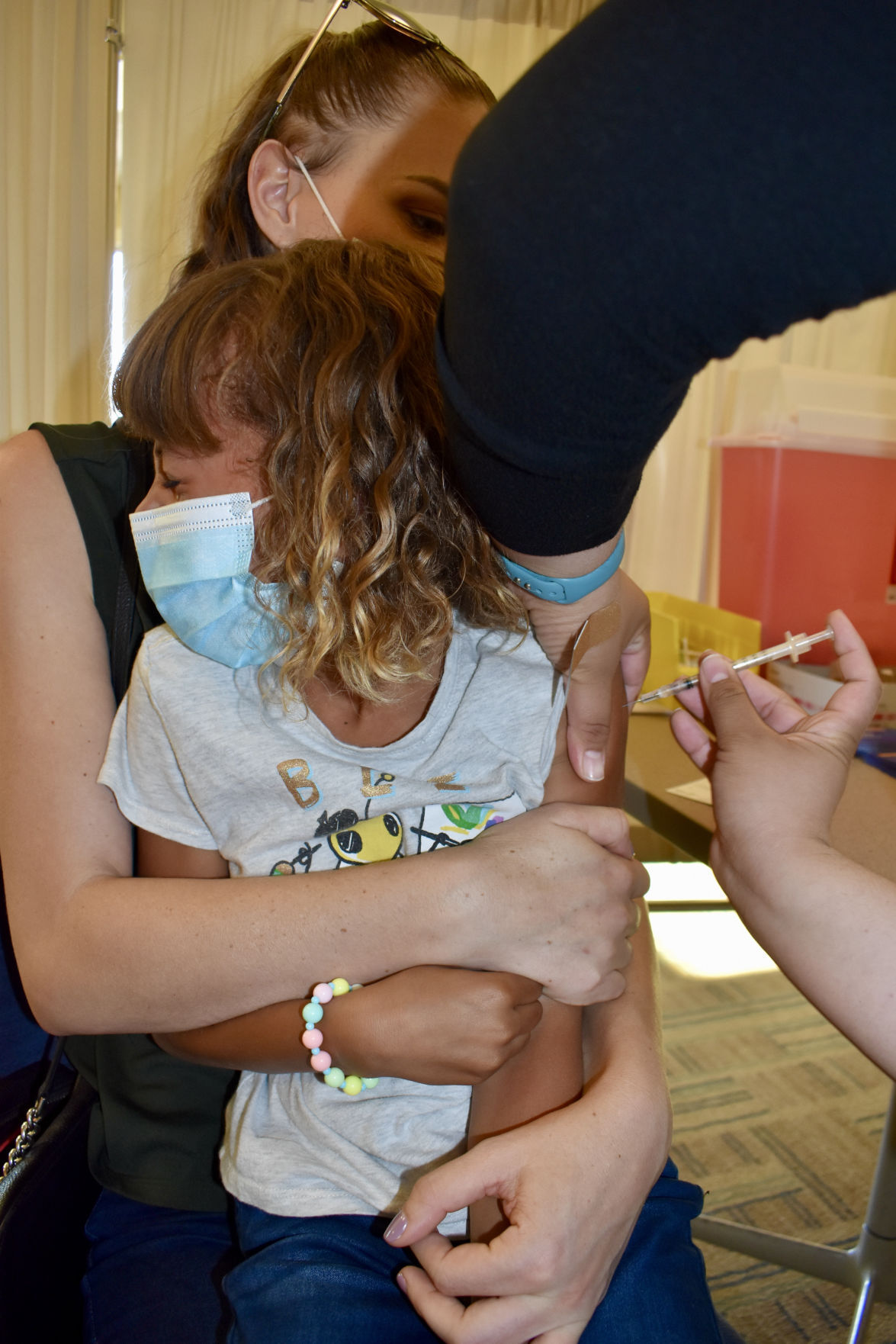 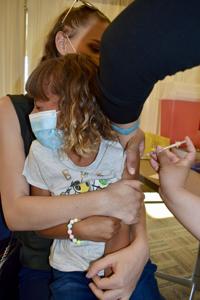 Seven-year-old Jade Speaks in the arms of her mother, Alyssa, receives her COVID-19 vaccination at Lompoc Valley Medical Center.

Lompoc Valley Medical Center administered the first wave of COVID-19 shots to children ages 5-11 on Nov. 10, beginning with a group of brave recipients.

For brothers Grayson, Oliver and Clark Soltero, a round of rock-paper-scissors determined who would be the first to be vaccinated, a hospital spokeswoman said, with oldest brother Grayson, 9, paving the way for his 7-year-old twin brothers to follow suit.

“I feel safer now, because I know even if I do get COVID, it won’t harm me as much as if I didn’t get vaccinated,” Grayson said.

Seven-year-old Jade Speaks also lined up for her inoculation.

“I’m this much scared and this much excited,” she explained, holding her hands apart a few feet. “Then I’ll be safe and don’t have to worry about getting the virus.”

Jade's mother, Alyssa, said she made an appointment for her daughter as soon as she could.

“It’s so important to not only have safety for Jade but also for others,” she noted.

Sons of Lompoc Valley Medical Center Board of Directors member Dr. Christopher Lumsdaine, Michael, 10 and William, 9, were eager to receive their vaccinations on Wednesday, the spokeswoman said, noting that William closed his eyes tight when the shot was administered.

According to the spokeswoman, the boys' mother, Nichole Dechaine, said she wanted to have her sons vaccinated "to protect them, to keep them healthy."

Appointments can be made at myturn.ca.gov.

Damasco was nominated by a former CCC patient recovering from a difficult surgery followed by a complicated healing process, a hospital spokeswoman said, noting that the patient reported that Damaso "was kind-hearted, compassionate and attentive."

Some CenCal Health members may soon be receiving text messages directing them to nearby vaccination locations that offer walk-in service, informational postcard mailers, and $50 gift card incentives that encourage its unvaccinated members to get their COVID-19 shots.