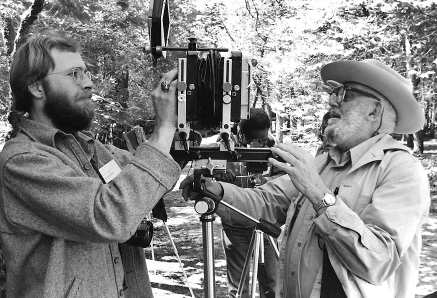 Alan Ross, left, assists Ansel Adams with the camera in 1977. 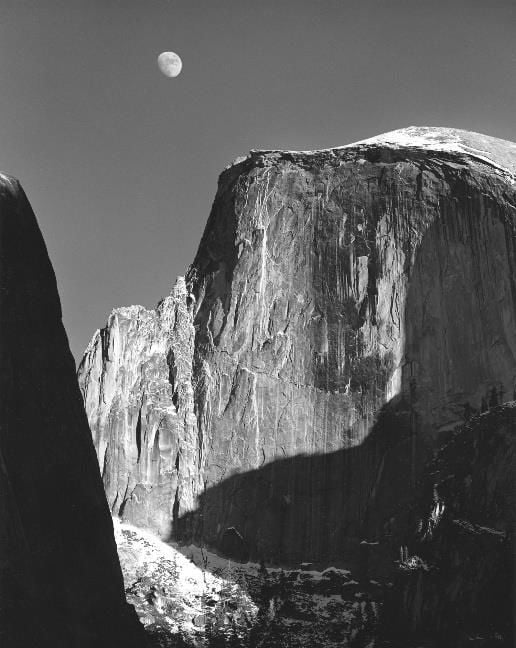 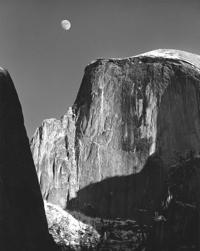 Ansel Adams' "Moon and Half Dome" was taken at Yosemite National Park in 1960. 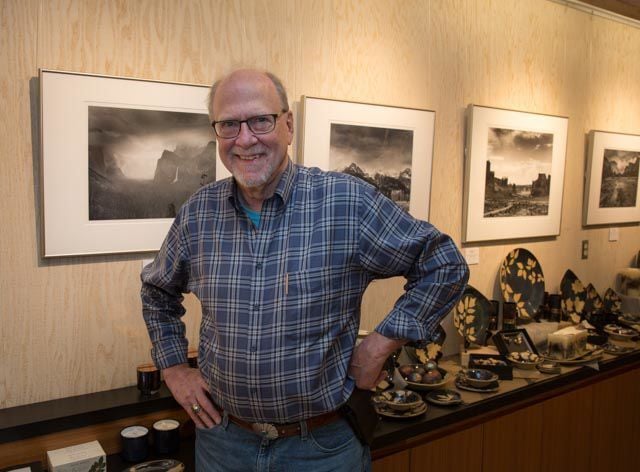 Photographer Alan Ross stands with his works on view in the Ansel Adams Gallery, located in Yosemite. 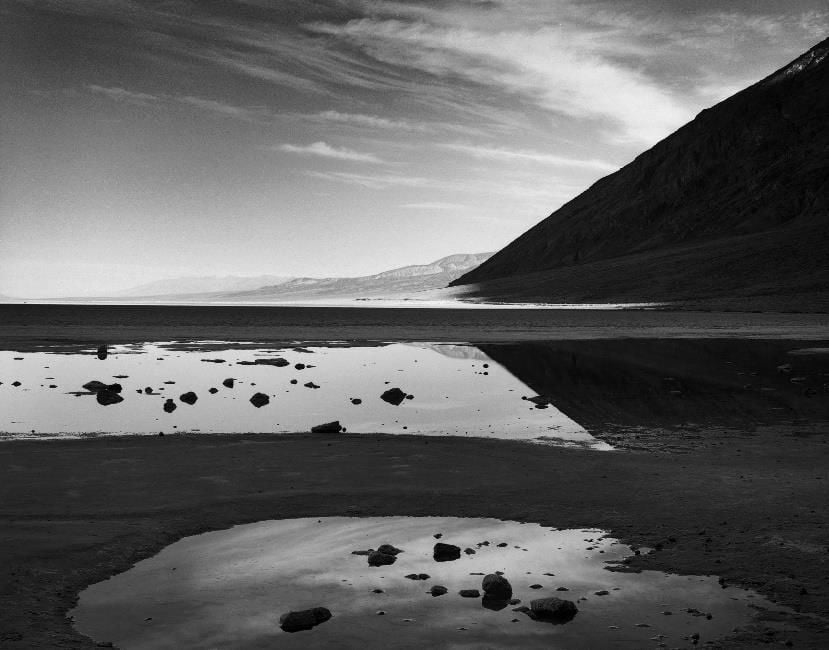 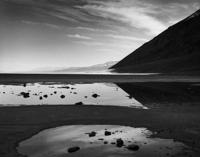 The exhibit explores the American West through the lenses of both Adams and Ross and showcases the careers of the two artists who had been close friends and colleagues while Ross served as Adams’ longtime assistant.

“This will be the first time Ansel and I have been exhibited together in a museum,” Ross said. “Ansel and his work have been such a huge part of my life for the last 48 years. It is, indeed, a very wonderful feeling to be sharing the same wall space in a museum — especially a museum so dedicated to the environment.”

Reflecting on his friendship with Adams — personal touches which can be found within the exhibit itself — Ross remembers the late photographer for his cheerful disposition and sense of humor.

“I don’t believe I ever saw him gloomy or morose, and the rare instances of anger were matters of principle — personal integrity, the environment and politics," Ross said. "He took himself and his work seriously but had, and never lost, an ability to laugh at himself. What a wonderful man to be around — never a dull moment, never a gloomy day.

Wildling Museum is located at 1511-B Mission Drive in Solvang.

“Always intertwined with the work was (Adams’) sense of mirth — terrible jokes and puns, often told for the sixth or seventh time, which never failed to give rise to his own infectious and mountainous laugh, eliciting groans and grins from all within range,” Ross added.

Ross, who grew to become an internationally acclaimed photographer, has been recognized for his iconic landscape photography and wilderness conservation advocacy, and was awarded the Presidential Medal of Freedom by President Jimmy Carter in 1980.

Today, he continues to work as the exclusive printer of the Ansel Adams Yosemite Special Edition negatives, an assignment Adams personally selected him for in 1975. The process includes the use of traditional darkroom techniques to produce individual prints of Adams’ original negatives, all of which are done by hand.

The Solvang Festival Theater is officially under construction after Theaterfest board members smashed into the theater wall with sledgehammers during a groundbreaking ceremony Sept. 13.

Solvang Farmer Pumpkin Patch will open to the public on Thursday, September 30, officially kicking off the autumnal season in the Santa Ynez Valley.

A number of pink-colored nibbles, specialty desserts and drinks will be for purchase at eateries located throughout the resort property to help raise funds for the Mission Hope Cancer Center.