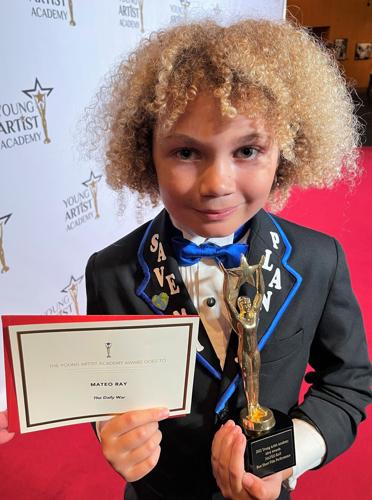 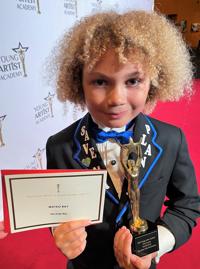 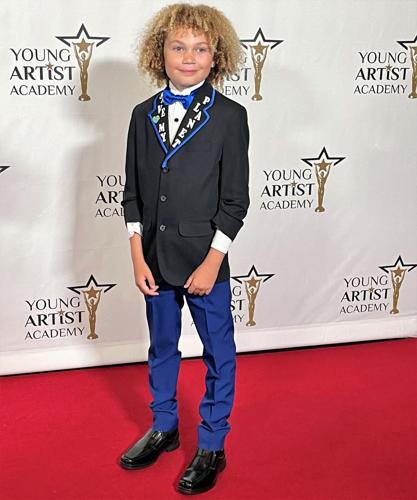 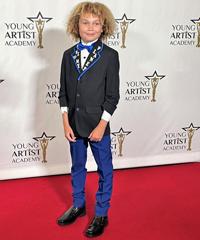 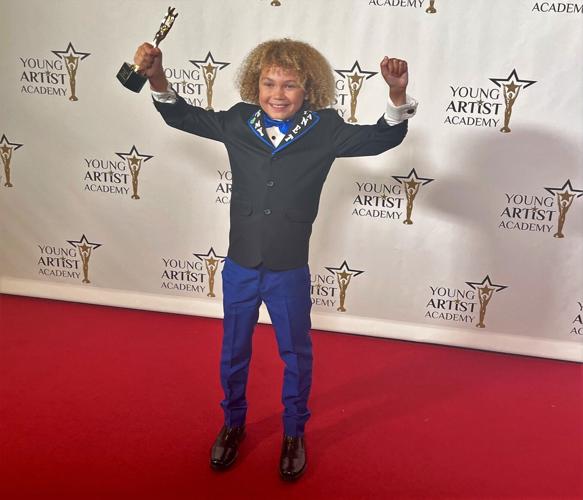 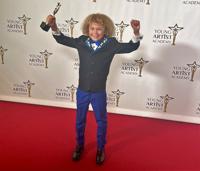 He won the award for the short film 'The Daily War', which aired on PBS last year during Hispanic Heritage month.

Even though he’s appeared on the silver screen, Mateo says his life is that typical of an average kid. One major factor in his early success is having his parents involved in supporting his creative vision, leading to opportunities in the entertainment industry.

Mateo’s parents, Christopher and Sarah, of Orcutt, say their son is an example of a creative kid exploring his talents and is an example that hard work pays off.

“Even if you think you don't want to get it done, do it,” Mateo said. “You can still get the job and it can be very fun. You could even get nominated for it, so take opportunities and always try your best.”

Even at his young age, Mateo has already networked with many people on movie sets and likes to make new friends. “I love to meet new people, it’s my favorite thing,” he said.

The average week for the young actor is packed with learning. This involves piano, school, karate, soccer and acting classes, both online and in person. His organized schedule still allows him free time to relax and explore his mind.

“His friends will come over and they will do YouTube videos, they work together and he creates characters. I think one day he could be a director,” said Christopher, Mateo's father.

A film set has a wide range of opportunities for Mateo, there was even a time when he and his sister, Kylie, ended up on the same set. He was acting and she was a part of the crew. Mateo's parents were proud of their kids.

When asked what’s coming next, Mateo said, “You’ll have to wait and see,” though he shared some details of the projects he’s involved with.

“A game show, a commercial for a store that everyone likes and I am waiting for a call-back on a movie,” Mateo said.

When talking to the youngster, it’s clear he has a true passion for acting and film. He plans to continue his career for a long time. Throughout his young career he's had a supportive family by his side that prioritizes his safety, creativity and happiness.

“My family inspires me and I love to do this, my parents help me with my auditions and they believe in me,” he said.

April Chavez is the Santa Maria City Reporter for the Santa Maria Times. If you have information, or a story idea that you would like to share, send her an email at AChavez@SantaMariaTimes.com.