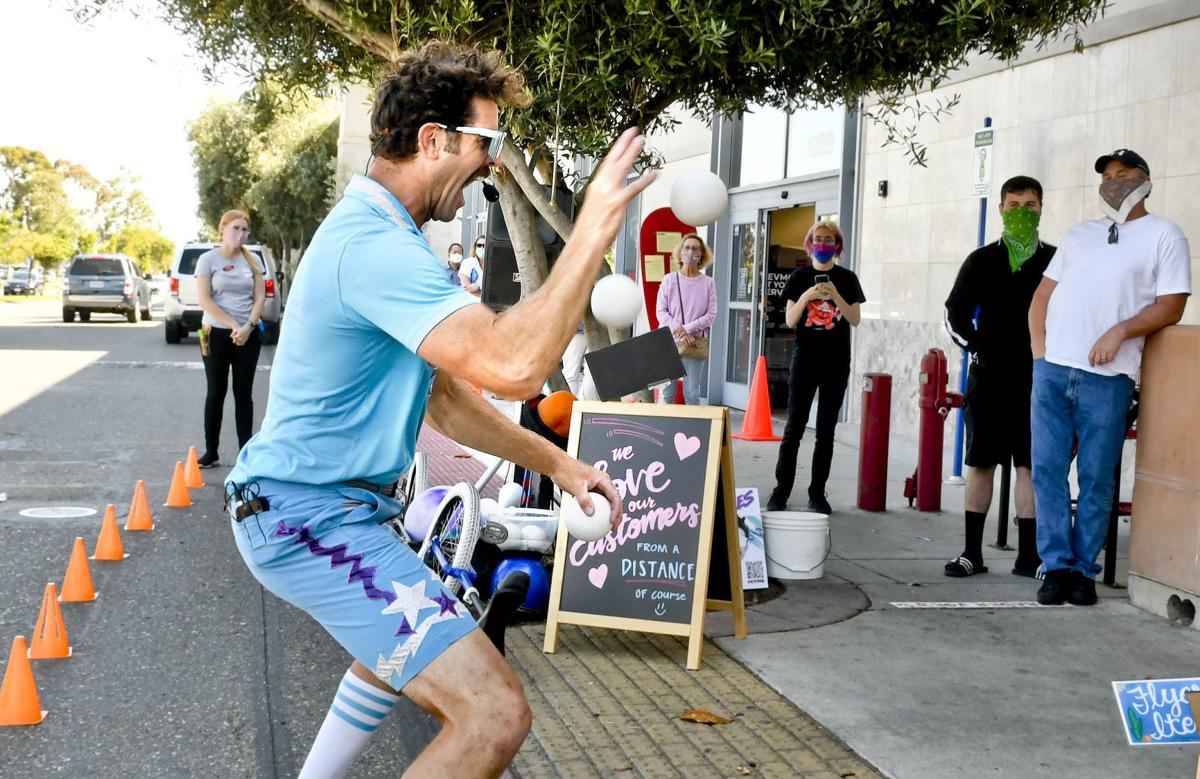 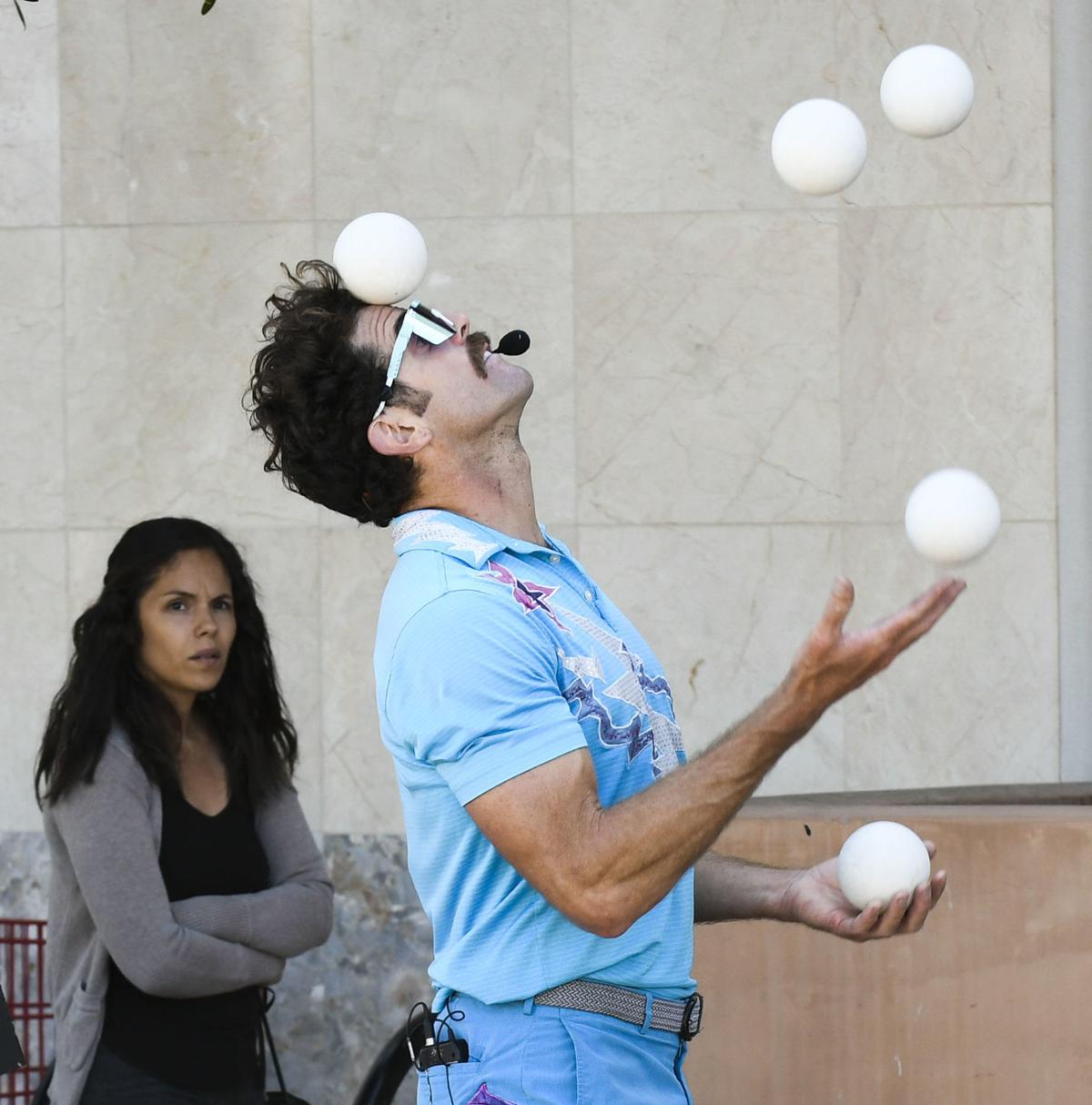 One of Mark Wilder's more popular tricks is to juggle five balls at one time.

Wilder said he works the Santa Maria and San Luis Obispo stores to bring some positivity to people.

He might be familiar to some for his work at the Santa Barbara County Fair in the past.

Juggling up to five balls while sometimes riding a unicycle, Wilder jokes with his audience that constantly changes as people rotate into the store as shoppers leave.

“lt could be worse. I could be playing the banjo,” Wilder said to his fans Friday.

The Simmons sisters were featured during Thursday’s broadcast of ABC’s Good Morning America in a segment that they thought was to spotlight a song they wrote as part of the Hamilton Education Program, a school-based initiative led by the producers of the hit Broadway musical “Hamilton.” What they didn’t know was that the segment would conclude with them interacting directly with Lin-Manuel Miranda, the writer-producer who created and starred in “Hamilton.”

Jerald Tucker was apprehended by Lompoc Police officers around 4:19 p.m. Tuesday. He is facing charges of being both a felon and a gang member in possession of a firearm, possession of a stolen firearm, evading police, vehicle theft and parole violation.

'Sky's the limit with him': Late Lompoc winemaker, Steve Arrowood, remembered by family

"Steve inspired people. He was the social butterfly who encouraged others."

RocketTown Honda, at 1224 North H St., kicked off its summer sales event last week with live entertainment and special deals. This year’s promotion carries added significance for the dealership, which is donating a portion of proceeds from vehicle sales during the event to a fund that was established to support Ron Hirzel, a 20-year employee who suffered a stroke in March and has been unable to return to work since.

Cleared for takeoff: Cabrillo and Lompoc athletes set to return to campus July 6, with tight restrictions

The district athletic directors, Cabrillo's Gary West and Lompoc's Claudia Terrones, confirmed a plan has been approved by the district and county to have varsity athletes back on campus starting Monday.

Dr. Wally Marsh passed away in the early morning of June 19th, with his wife, Deborah, at his side.

One of Mark Wilder's more popular tricks is to juggle five balls at one time.