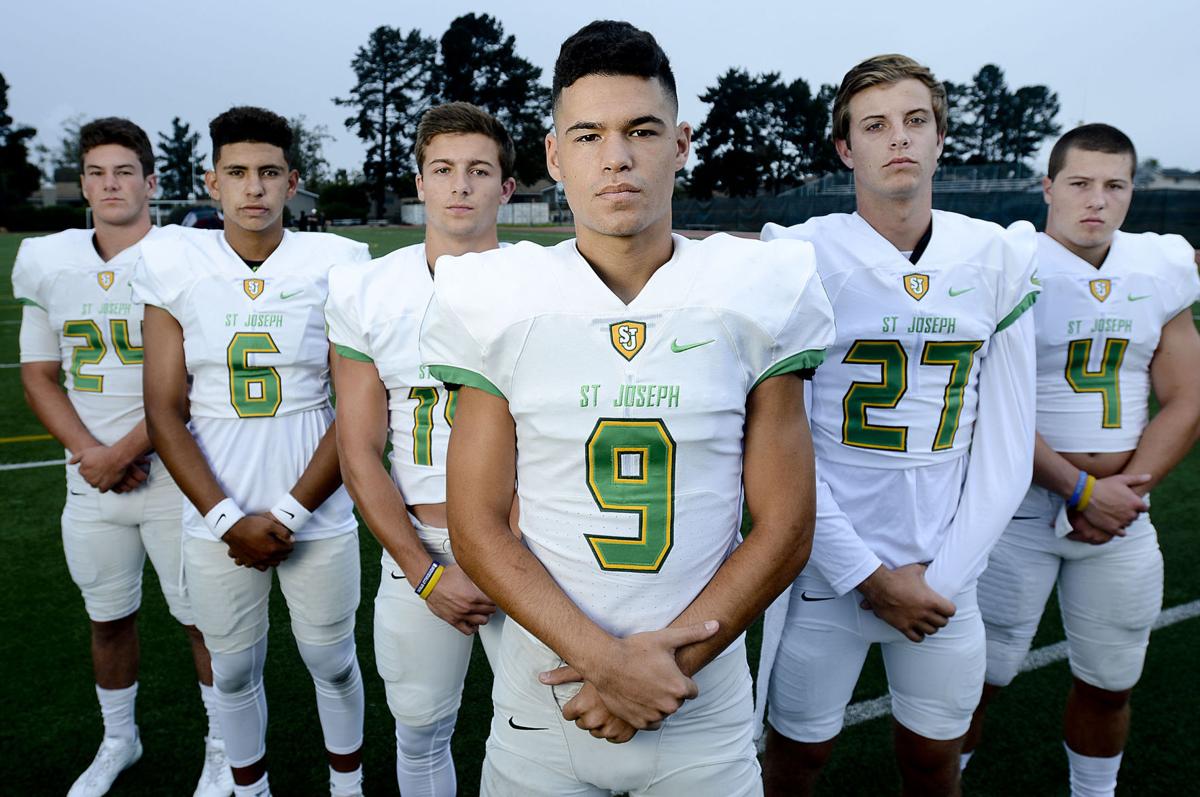 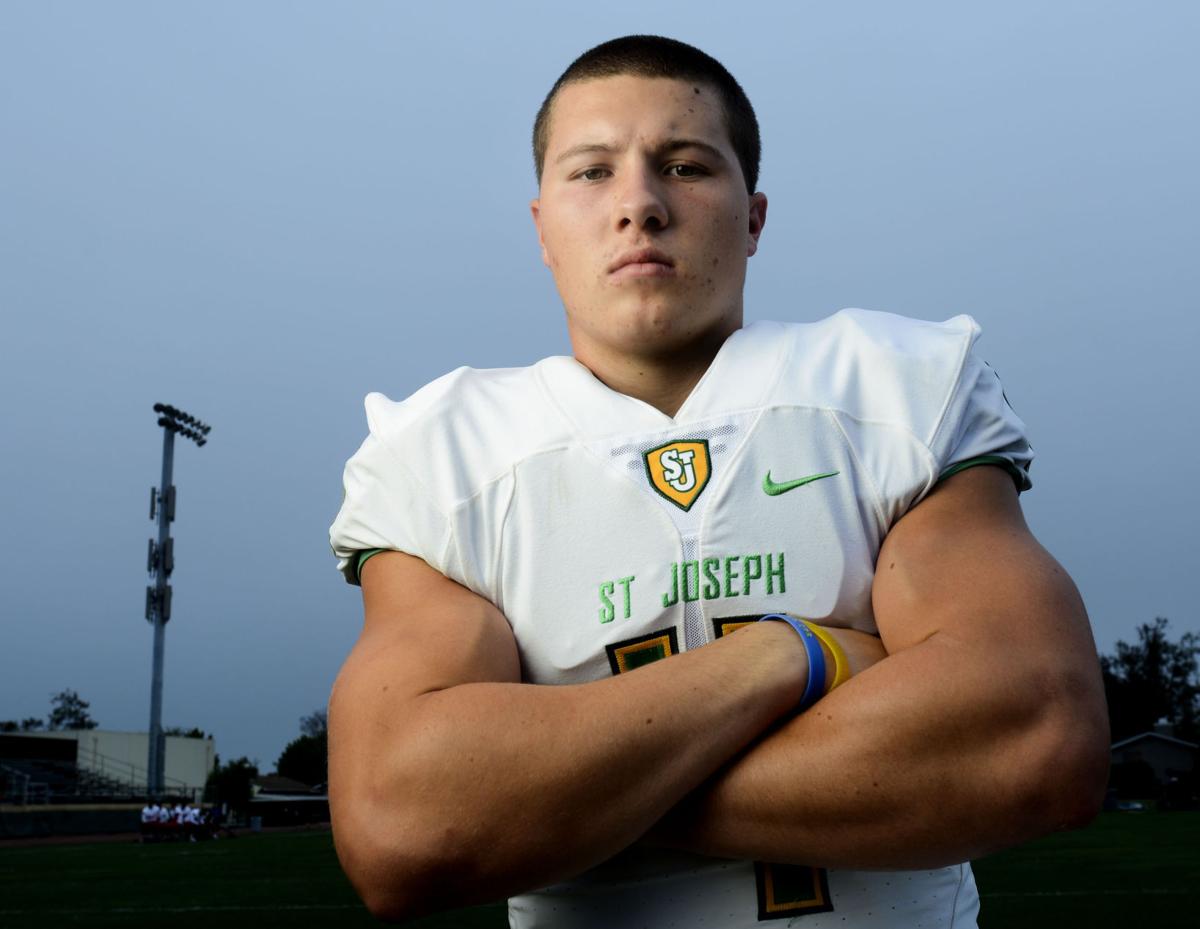 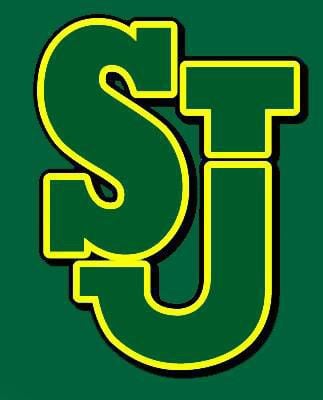 The Knights have made it to the CIF divisional quarterfinals the last three seasons.

In the last two years, the team to end St. Joseph's season went on to win a CIF Southern Section championship; Calabasas last year and Camarillo the year before.

So, it's clear the Knights have been successful recently. It's also clear that they are expected to make it back to the playoffs in 2017.

This is Jim Chvala's first year as the Knights' head coach, and he's fully determined to lead the Knights to challenge Lompoc in the Los Padres League and forge another deep run in the playoffs.

It doesn't appear much has changed with Chvala at the helm at St. Joseph. (Dustin Davis left for Arrowhead Christian after five years at St. Joe).

The expectations are still high and the talent is most certainly there.

"The atmosphere here is high and the expectations at this school are high," Chvala said. "These young men know that and the coaches know that. Therefore, these student-athletes work very, very hard to accomplish that. Their goals are to be the best they can be."

Chvala hits the nail on the head when asked about his offense and the team overall.

"What we bring back from last year's team is athleticism," he said.

Dino Maldonado, last year's starter, is an athletic quarterback. Maldonado threw for over 1,500 yards and 12 touchdowns last season. He also rushed 329 yards and a score. The Knights do lose CJ Cole, who had 1,067 yards rushing and 11 touchdowns a year ago.

"I expect us to put up a lot of points against the teams we're going to play," Maldonado said. "We've been working good together. Our line is young. They're all juniors, but they're all big boys. Bigger than last year and they have a lot of potential."

But, among the offensive skill positions, they don't lose a whole lot else. Four of the Knights' top five receivers return.

Nate Guzman is back as a senior receiver after catching 33 passes for 550 yards and four touchdowns last year. Justin Wong is also back after making 23 receptions for 247 yards in 2016. Trevor Cole, CJ's younger brother, is back after he had nine grabs for 197 yards and two scores. Mason Biely is back. He finished the year with nine grabs for 171 yards and a TD.

"The receiving corps is very nice," Wong said. "We're coming off our junior years so we're all seniors. I think our passing game is gonna be a big part of what we do."

But that's not all. The Knights have picked up two additions after Mission Prep made the change to 8-man football: Tim and Joseph Miller, both of whom starred for the Royals last year and appear ready to take on the LPL this year. Zak Wilson, who had a big sophomore season at linebacker for Righetti in 2016, has also transferred to St. Joseph.

Joseph Miller caught 45 passes for 554 yards and five TDs last year for the Royals. Tim Miller also did well receiving, with 13 for 181 yards and a score.

Both Millers can also play on defense.

Tim Miller had 71 tackles for the Royals in 2016, 29 solo and 42 assists. Joseph Miller had 20 solo tackles and 13 assists. Tim may be counted on to run the ball more this year for the Knights and will be called upon to help lead a talented defense at St. Joseph.

Maldonado said Tim Miller and Jayden Vargas, who was an All-League and All-Area pick last year as a defensive back, will lead the rushing attack this year.

"They're both looking really good," Maldonado said of Miller and Vargas. "I mean, you can't replace a player like CJ, but they're filling in good right now and our run-game should be good."

Joseph Miller may complement Nate Guzman as the No. 2 receiver or turn into the top receiving threat for the Knights.

Maldonado literally has five to six legitimate receiving targets this year, though Vargas and Miller will definitely have to step up in the running game for the offense to find balance.

The Knights do have some holes to fill among the offensive and defensive lines. Both Noah Duncan and Noah Lossing are gone to graduation. As is Dominic King. And Steelee Morgan.

The Knights are set at kicker with Nathan Halsell returning. As a sophomore, Halsell had 15 touchbacks on 54 kickoffs while going 23 for 24 on PATs and 7 for 10 on field goal tries, with a long of 50.

Another place where the Knights are certainly deep is linebacker, with Zach Morris, a returning All-League player, joined by Tim Miller, Zak Wilson and Roman Martinez.

Morris, who plays on the outside, is the Knights' top returning tackler besides Tim Miller. Morris had 54 total tackles (26 solo) in 10 games last year.

The Knights will find out just how far ahead they are with a tough season-opening game at Sherman Oaks Notre Dame on Friday.

"I think it'll be fun. I like playing with some competition and it'll be fun to see how we'll do," Morris said. "I think we'll have a good outcome."

Vargas, Biely and another senior, Mike Ramirez, figure to make up a very solid defensive secondary. Ramirez had a pair of interceptions last year in six games.

Of the 35 players listed on St. Joseph's roster at press time, 15 of them were seniors. Wong takes being a senior on this team very seriously.

"Every day it starts in practice," Wong said. "You have to be a leader on the team. You're the one the guys look up to so you have to be that leader."

Wong does have an individual goal for himself this year, but it's one that does help the team: "I'm trying to catch every single ball that's thrown to me. Blocking is a huge part of our offense too, so I've got to set blocks on the outside."

Maldonado says the team hasn't skipped a beat with Chvala transitioning into the head coaching role.

"He's doing a great job this year and the next couple years I'm sure he'll do just as good," Maldonado said.

TJ Jordan and Harrison Keller are running the offense. Ryan Labastida is the defensive coordinator. Jordan, a Righetti grad, is blossoming into the Central Coast's go-to quarterback guru and has worked extensively with Maldonado.

"Around the Central Coast you don't really have a quarterback coach like coach Jordan," Maldonado said. "He brings something to the table that no one really can around here. He'll be on the rise pretty soon."

After the game at Sherman Oaks, the Knights will take on rival Righetti then play at St. Bonaventure in Ventura.