A British man has broken a cycling speed record, hurtling down a runway at over 174 miles per hour (280 km/h) on a custom-made bike in what he called the "biggest rush you'll ever experience."

Neil Campbell, 45, broke the men's record for fastest bicycle speed in a slipstream by seven miles per hour at an airfield in Yorkshire, England on Saturday, detaching his vehicle from the back of a Porsche and sailing down the track.

The previous record was set by a Dutch rider in 1995.

It fulfilled a 25-year-long dream for the architect, who left his company and spent thousands of pounds building a bike capable of reaching record-breaking speed.

"I didn't think we'd get close, because we were testing on Thursday and Friday and it didn't go particularly well," Campbell told CNN. "It's such an intense build-up -- you run on adrenaline for the weeks and months beforehand.

"We went into Saturday not knowing anything, we had no idea what we could do and what was capable," he added.

Campbell was dragged down the track by the Porsche and was released so that he went through the timing gate alone at the highest possible speed.

"It feels like you're about to crash the whole time," he said. Campbell had been forced to do away with the parachute built into the bike, in order to improve his chances at the record.

Campbell's next target is to improve his speed at the Bonneville Speedway on the salt flats of Utah.

"We'd like to go somewhere where there's no limitations on distance, so we can just go nuts," he explained, adding that he wants to surpass the 200 miles per hour mark.

That would make him the fastest person ever to travel on a bicycle -- beating America's Denise Mueller-Korenek, who reached 183.9 miles per hour last year. 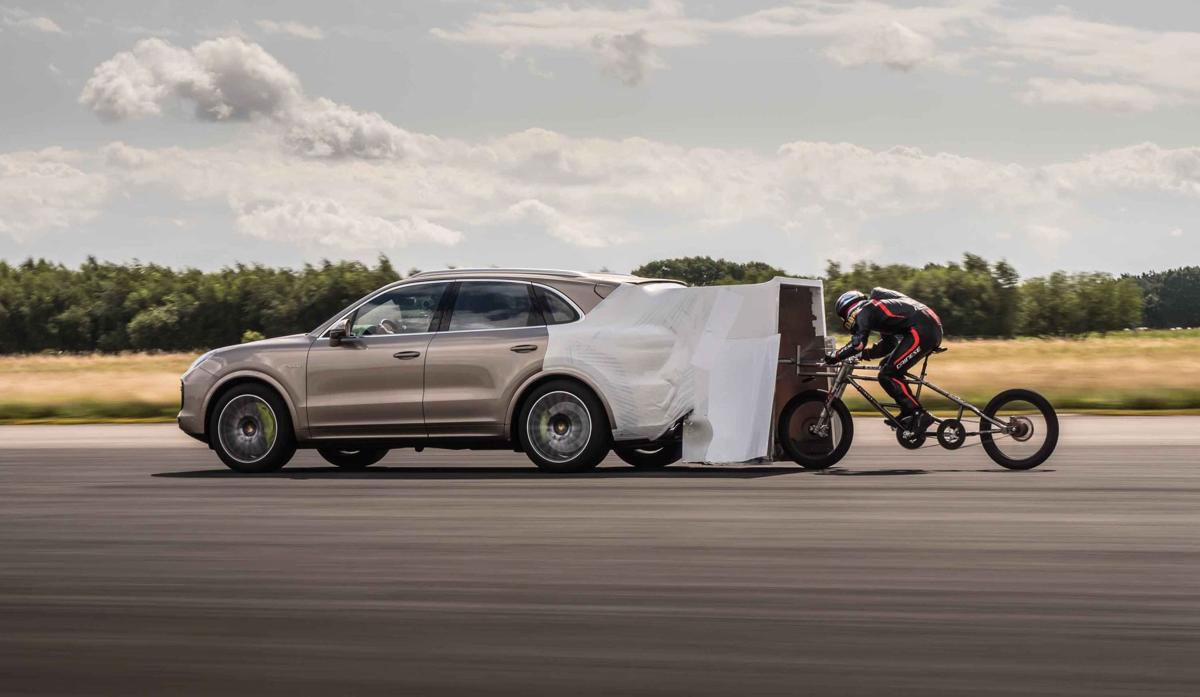 Neil Campbell, 45, broke the men's record for fastest bicycle speed in a slipstream by seven miles per hour at an airfield in Yorkshire, England on Saturday, detaching his vehicle from the back of a Porsche and sailing down the track. 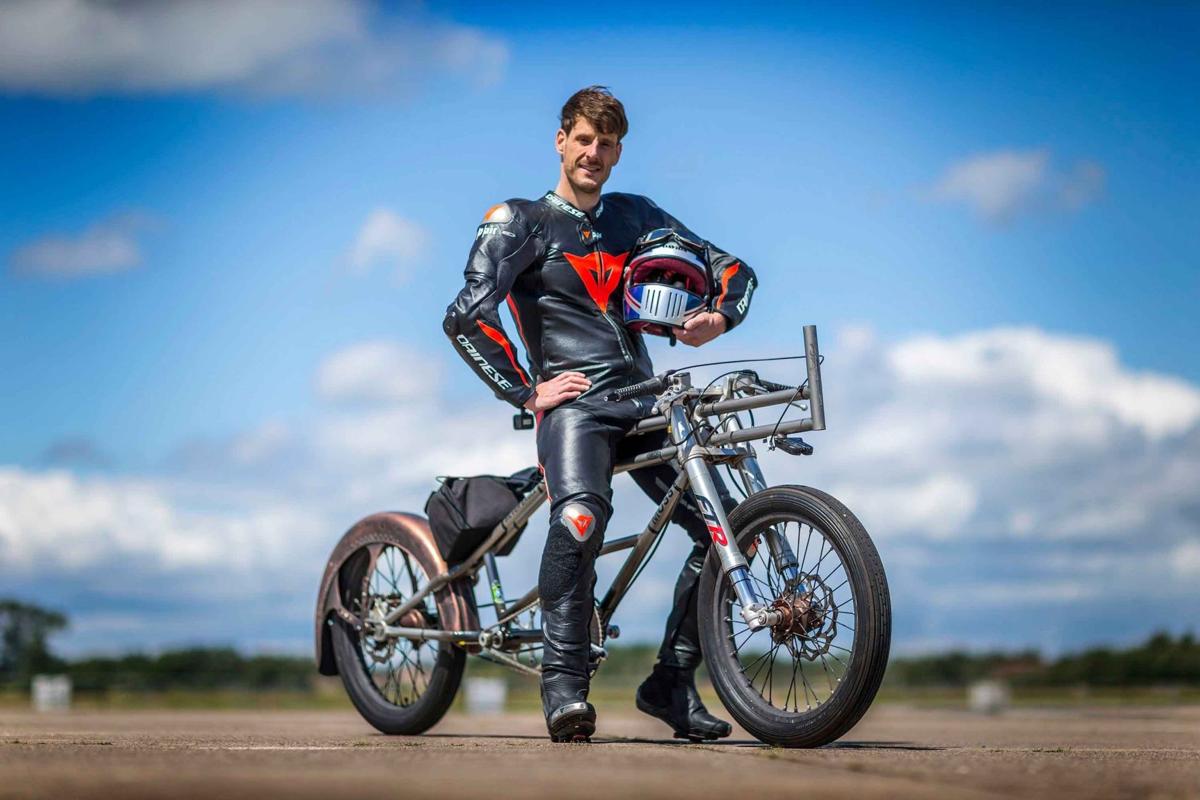 Neil Campbell and his custom-made bike.