Ford unveiled a fully electric Mustang with over 900 horsepower at a car show in Las Vegas Wednesday. It's not for sale, but the customized Mustang is intended to gauge interest in a high-performance electric car, Ford said.

Later this month Ford will unveil a "Mustang inspired" electric SUV that customers will be able to buy. The SUV, however, will likely be far less powerful than this show car, which Ford is calling the Mustang Lithium.

Ford didn't provide any exact performance figures for the Mustang Lithium, but described the car's acceleration as "stunning."

Josh Lupu, director of marketing for Webasto Customized Solutions, said the manual transmission was included "because it puts control of the vehicle back in the driver's hands." The driver can simply leave the car in third gear all the time and drive it like any other electric car or choose to shift gears.

The Mustang Lithium is powered by an 800-volt power system, more than double the power of most electric cars on the road today, according to Ford. The driver can select from four driving modes, including Sport, Track and Beast. The fourth is a Valet mode for when you have to hand someone else the key.

The Mustang Lithium was also created as a way to test heat management systems in an electric car, according to Ford. Electric car batteries and motors tend to heat up under hard use, such as racing.

The hood of the car has two small clear polycarbonate panels to allow a view of the battery pack and electric motor underneath..

Besides the upcoming SUV, Ford is also developing an all-electric version of the F-150 pickup. In order to have the greatest impact, Ford is starting its electric vehicle rollout with models tied to its most famous brands, Mustang and F-150, Ford executives have said. 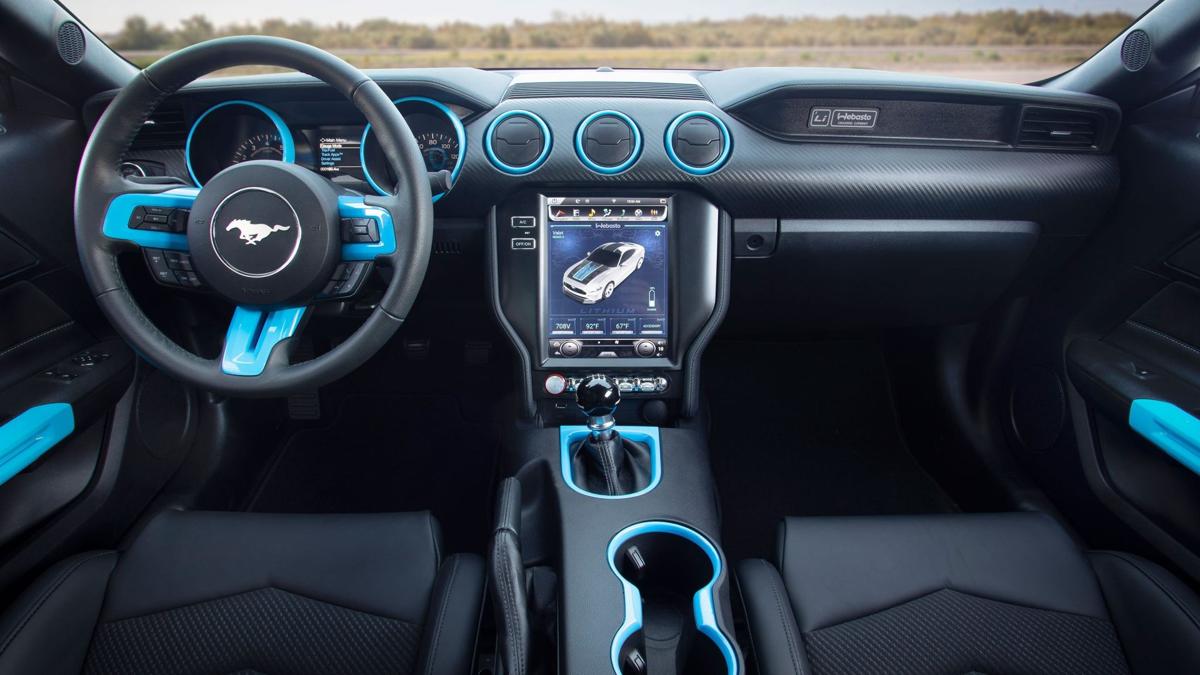 The Ford Mustang Lithium has a six-speed manual transmission, a very unusual feature in an electric car. 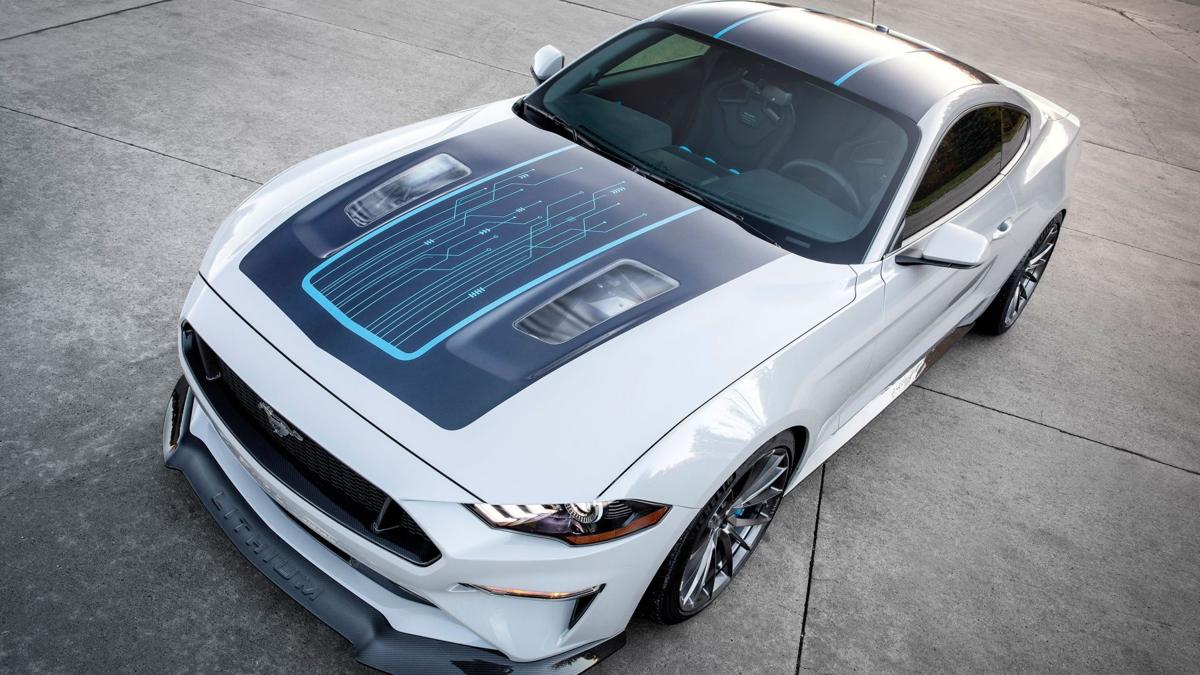 The Ford Mustang Lithium has two clear panels in the hood to allow a view of the parts underneath.