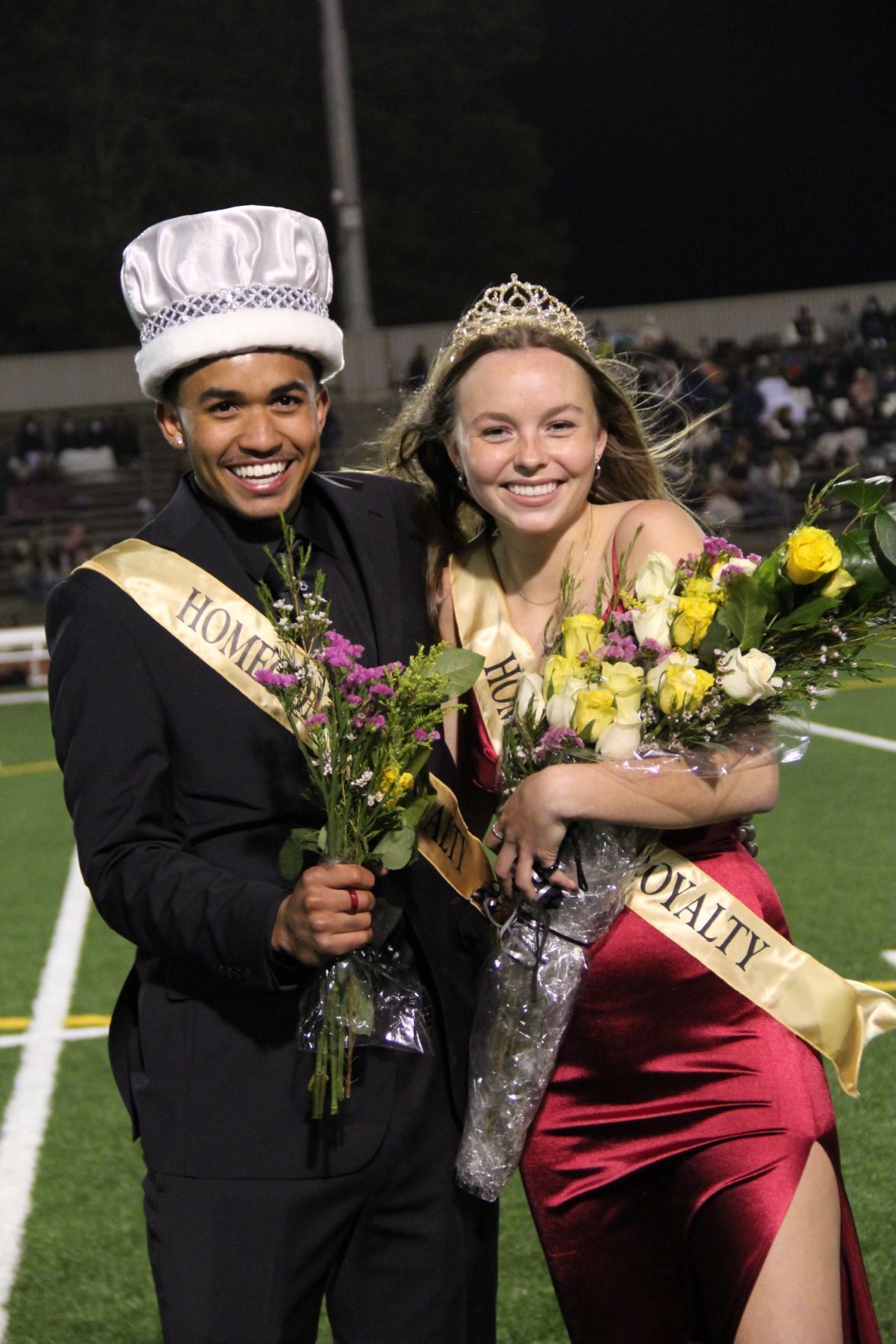 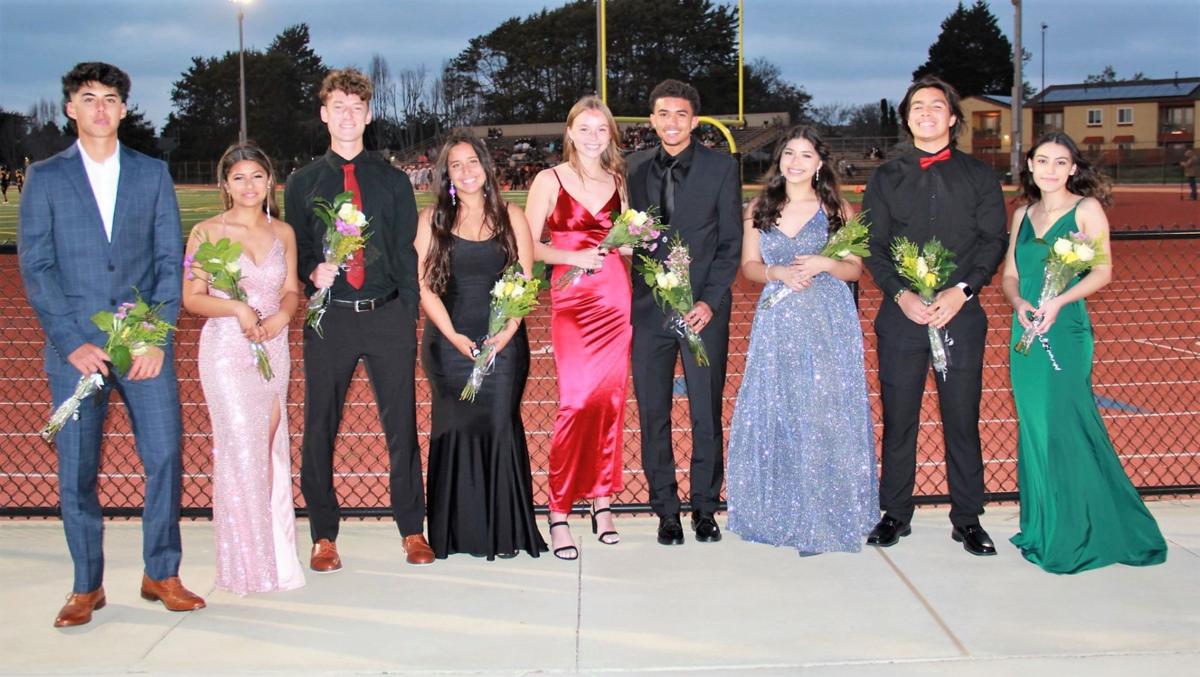 Cabrillo High School crowned its 2021 homecoming king and queen during the final football game of the season Friday night.

Kaitlyn Wright was named queen, and Kaje Sanchez was chosen as king during the halftime ceremony at Huyck Stadium. Both are seniors.

At Cabrillo, Wright has been involved in NHS, FBLA, the girls varsity volleyball and track teams.

Wright works three jobs while not at school, and a few months ago she volunteered regularly at the food pantry.

During quarantine, Wright's become more creative. She painted the walls in her room, customized pants and thrift-flipped clothes, saying it became her outlet. If quarantine had never happened, she doesn’t think she’d have had enough time to explore those interests.

Wright's plans after high school are to attend a nearby community college, either SBCC or Cuesta. Her major as of now is undecided.

Sanchez has been involved in National Honor Society, Future Business Leaders of America, the boys varsity basketball team and the Fellowship of Christian Athletes.

When he’s not on campus, Sanchez works at the grocery store as a bagger. During quarantine, Sanchez picked up the habit of putting together outfits and taking a picture of them so he knew what pieces of clothing went together.

Cabrillo plays its final football game of the shortened season. For more, see Sports, page B1.

Local volunteers met from 8 a.m. to 2 p.m. for a day of fun and goodwill now permitted under state reopening guidelines. Prior to Sunday, occasional service by bike park board members as well as a workday organized by Hancock Fire Academy and a Boy Scout troop on Oct. 10 had provided the only maintenance.

Feel Good, age 69. Passed away April 29, 2021. Resident of Lompoc, Ca. Arrangements are under the direction of Dudley-Hoffman Mortuary, Cremat…

DEAR ABBY: My daughter received her tax refund recently. It amounted to $8,700. Approximately $5,000 is for overpaying on taxes. Approximately $3,000 is the child tax credit she receives for her two children. Her boyfriend, the father of the two boys, thinks he's entitled to some of her money.

DEAR ABBY: I just got engaged, and I couldn't be happier. But my fiance is referred to by the entire town as the "bad guy" because of his past. He's changed a lot, and I really want this to work out, but people come to me and say he's not marriage material, and they try to make us break up (one of his exes in particular).

Angel David Morales, age 21. Passed away April 25, 2021. Resident of Santa Maria, Ca. Arrangements are under the direction of Dudley-Hoffman M…

Phyllis Schorsch was a force to be reckoned with. She was a fiercely loyal defender of her family and her friends. Extremely energetic, always…

DEAR ABBY: We get our children and grandchildren together twice a year. Our oldest daughter is divorced and, unfortunately, has a significant other the rest of our family cannot stand. He's an arrogant, competitive know-it-all.