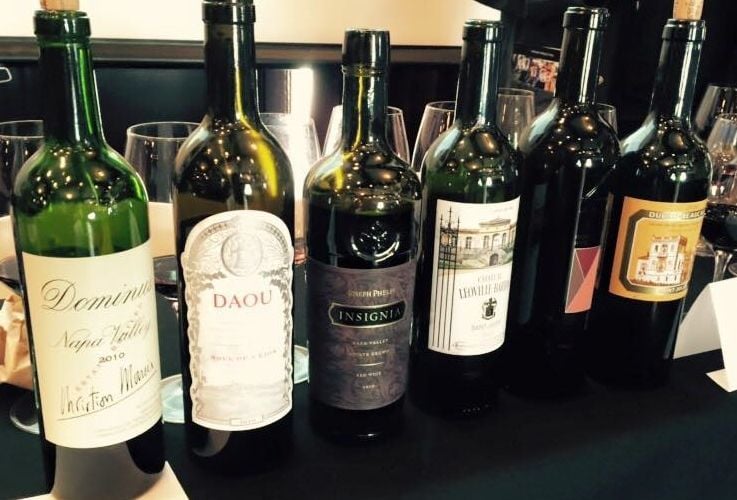 The line-up of six Cabernets from Paso Robles, Napa Valley, and Bordeaux, France, for the blind tasting. 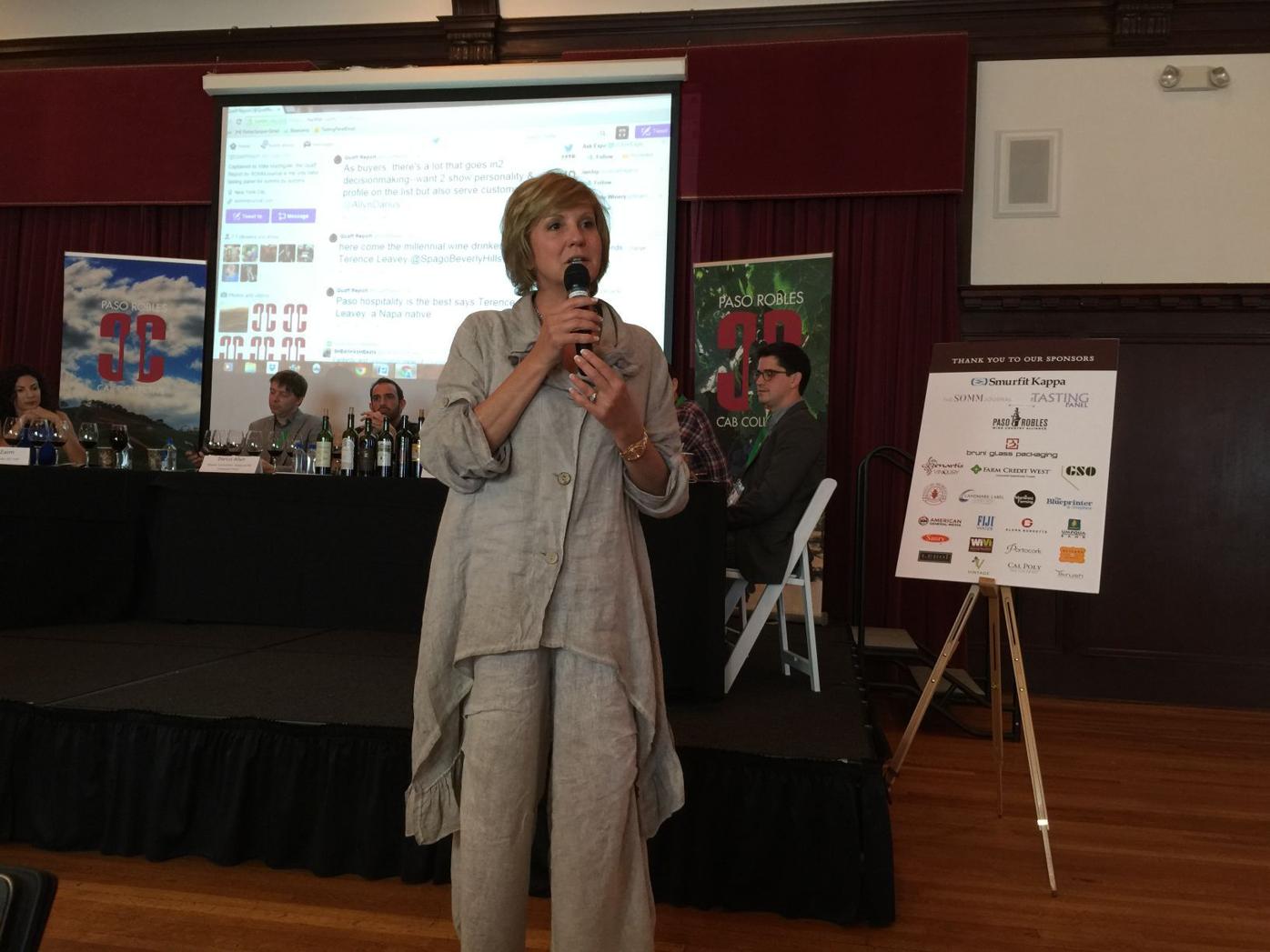 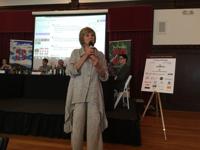 The line-up of six Cabernets from Paso Robles, Napa Valley, and Bordeaux, France, for the blind tasting.

I started my restaurant career as a bartender, and I was a teetotaler.

Hard to believe, isn’t it? But I’m not kidding. I had no interest whatsoever in drinking because I didn’t like hard liquor or beer.

My attitude completely changed, however, once I began attending the San Francisco California Culinary Academy with the dream of becoming a top chef. From my first experience in the excellent wine-tasting classes taught by one of Wine Spectator’s wine columnists Norm Roby, I had a new attitude. He was also the dean of student affairs, who taught us that that fine wine is an integral part of the fine dining experience.

He was right. Good-quality wines do indeed enhance a great meal. In my opinion, wine is as essential at the dinner table as is a good loaf of bread.

Like most people who start learning to become wine aficionados, I found myself easily intimidated by some of the snobby sommeliers in fine dining restaurants. To this day I have to ask, "What’s with the bad attitude?' It is their job to leave the holier than thou attitude out of the experience. Their focus should really be about helping those who are new to wine find something extraordinary that still fits within their budget — and that’s not difficult! I must say, most “somms” are not snobs, and they really want to help you find the best wine in a price category you can afford.

That’s why I decided to share with you a very interesting story about tasting wines blind. It means bagging the bottles so there is nothing to give away its source of origin, variety, vintage (the year the grapes were harvested) or brand. Blind tasting is usually a humbling experience for even the most knowledgeable wine connoisseurs and somms, but it’s another of the many reasons why we wine aficionados love discovering great wines without prejudice.

Last week, I attended the Paso Robles CAB Collective seminars at the Paso Robles Inn, where they held a blind tasting of top Cabernet Sauvignons from Paso Robles, Napa Valley and Bordeaux, France. They would be evaluated by six highly respected sommeliers, six men and one woman who work at some of the finest upscale restaurants in the country. Interestingly, even these experts were taken totally by surprise by one Cabernet. They weren’t certain whether it was new world, some suggested Sonoma or Washington state and one somm said perhaps it’s Chilean. It is rare but not uncommon to have seven somms stumped by one wine.

Moderator Mike Madrigale, sommelier at New York’s Bar Boulud and Wine Enthusiast magazine’s 2012 Sommelier of the Year, began the tasting by pointing out the importance of tasting fairly: “You should taste the merits of the wine based solely on its quality, not the appellation, the weight of the bottle or the brand name.” Before beginning the tasting, the somms took time to appreciate the bouquet of each of the six wines. Even then, Madrigale noted, “There are absolutely different expressions in each of these wines, but I’m befuddled by the last one.”

His fellow sommeliers included: Jared Hooper, of Faith & Flower in Los Angeles, Darius Allyn, of Giada in Las Vegas, Augustus Miller, of Charlie Palmer Restaurant Group, Paul Coker, of Michael Mina’s Stonehill Tavern in Dana Point, Terence Leavey, at Spago Beverly Hills, and Naureen Zaim of Smoke, Oil, Salt in Los Angeles. The list of Cabernets Sauvignons and blends was exceedingly good, all of the wines are world-class, as their retail prices will tell. Each wine was a 2010 vintage, and all were bagged. Once the somms gave their comments, they removed the bag to reveal its brand.

The first wine was clearly Bordeaux, Chateau-Ducru-Beaucaillou, San Julien, $225, which they described as “Old World” (Europe). The second wine was Paso Robles, Justin Isosceles Reserve, $100, which was ripe and easy drinking. The somms called it a “restaurant wine” for its likeability. Third in the line-up was another Bordeaux, Chateau Leoville Barton, Saint Julien, $155, which they liked for its restrained, structured style. Fourth was the Phelps Insignia, Napa Valley, $170, one somm called it the standout, which you could tell by every somms’ poetic comments. I wished I could taste it, but with wines this exclusive and expensive, there won’t be any tasting for the audience.

Fifth was Paso Robles, Daou, Soul of the Lion, Adelaida, $100, described as complex and ripe. Lastly, they had a Napa Valley, Dominus, $250, one of the most famous brands in the world. The Somms described it as “bi-polar for its odd black and green aromas and flavors.”

I had to figure it was an off bottle, surely. My neighbor, a local somm, agreed.

In the end, Madrigale remarked that it was an interesting tasting and most wines showed the characteristics of their source of origin, which is exactly what they expected, except that unfortunate bottle of Dominus.

The CAB Collective’s mission is to educate the world about the quality of Cabernet Sauvignon and red Bordeaux varieties produced in Paso Robles. This grass roots organization has certainly proven that fact, which fast made this an annual affair not to be missed.