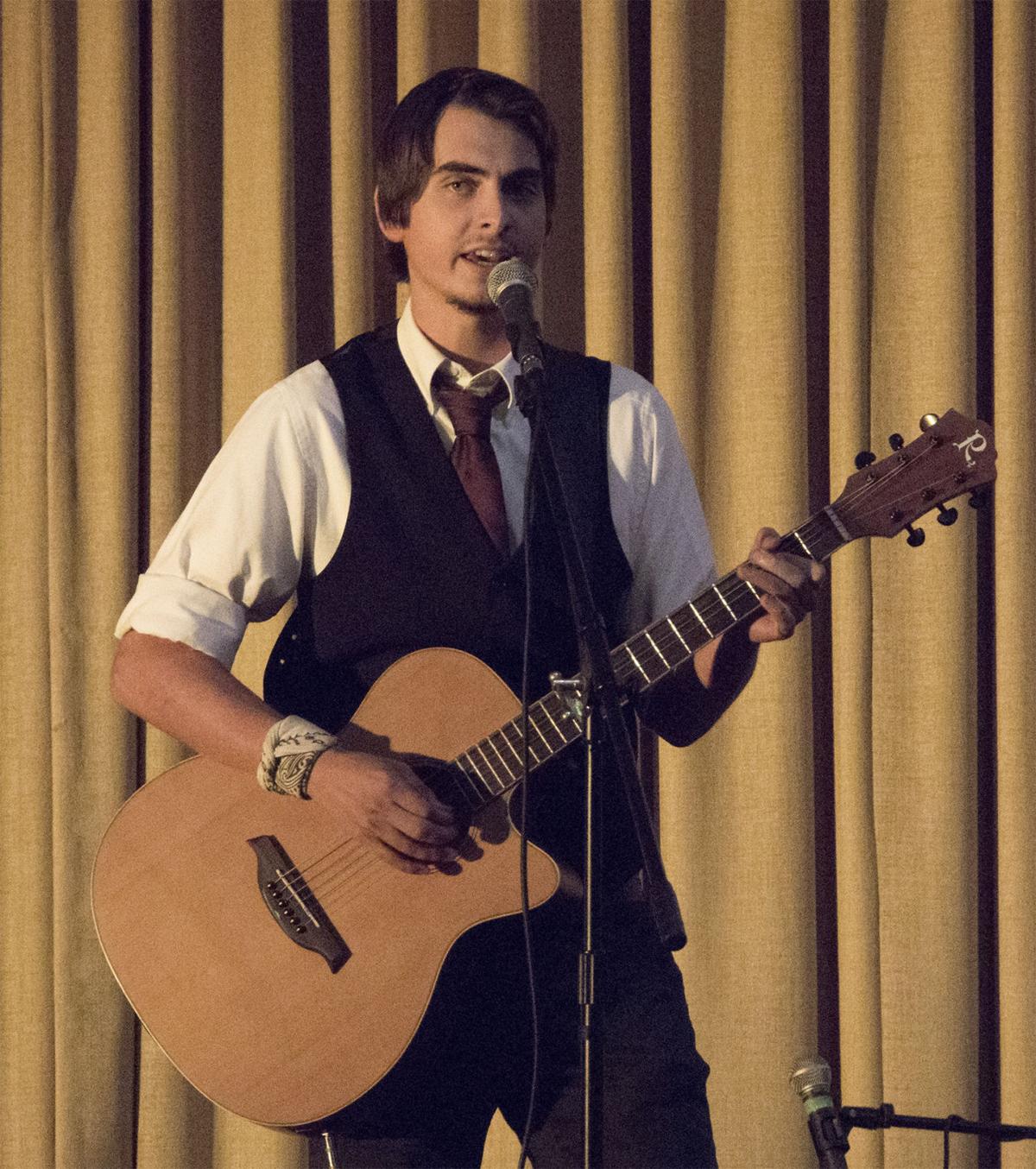 Dewey Roberts was the winner of Lezlie’s Showcase of Talent at the Radisson Hotel in Santa Maria on Sunday. 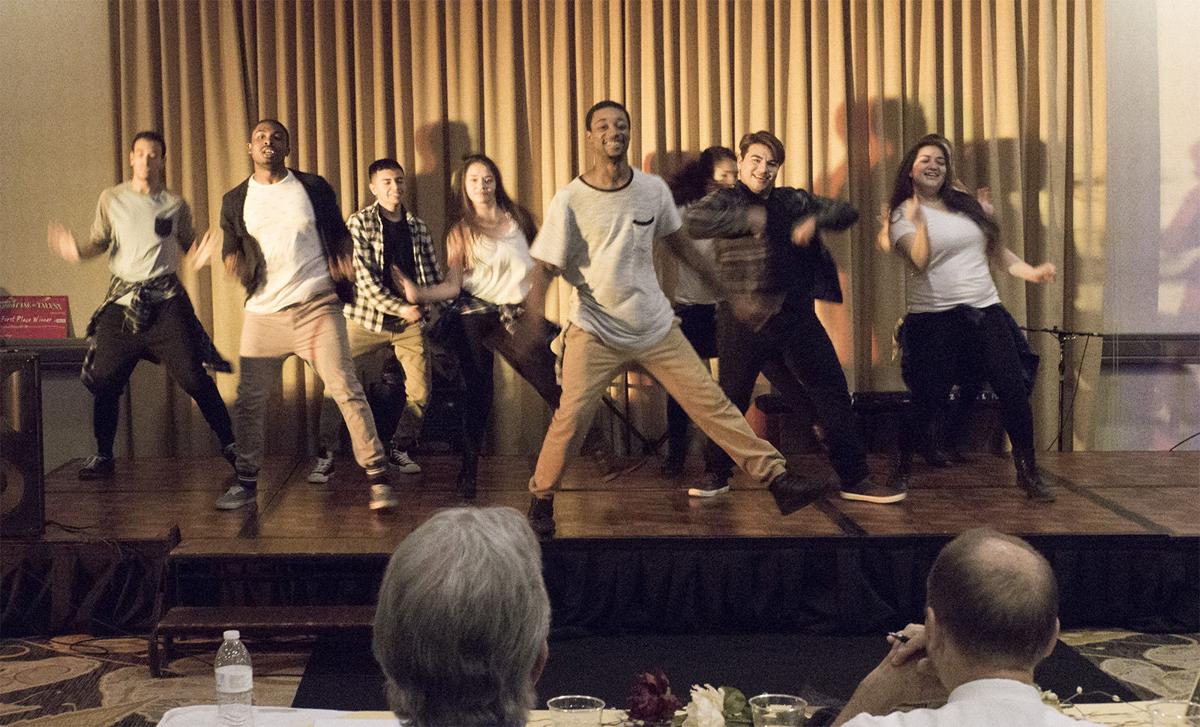 Daydreamers dance group competes during Lezlie’s Showcase of Talent at the Radisson Hotel in Santa Maria on Sunday. 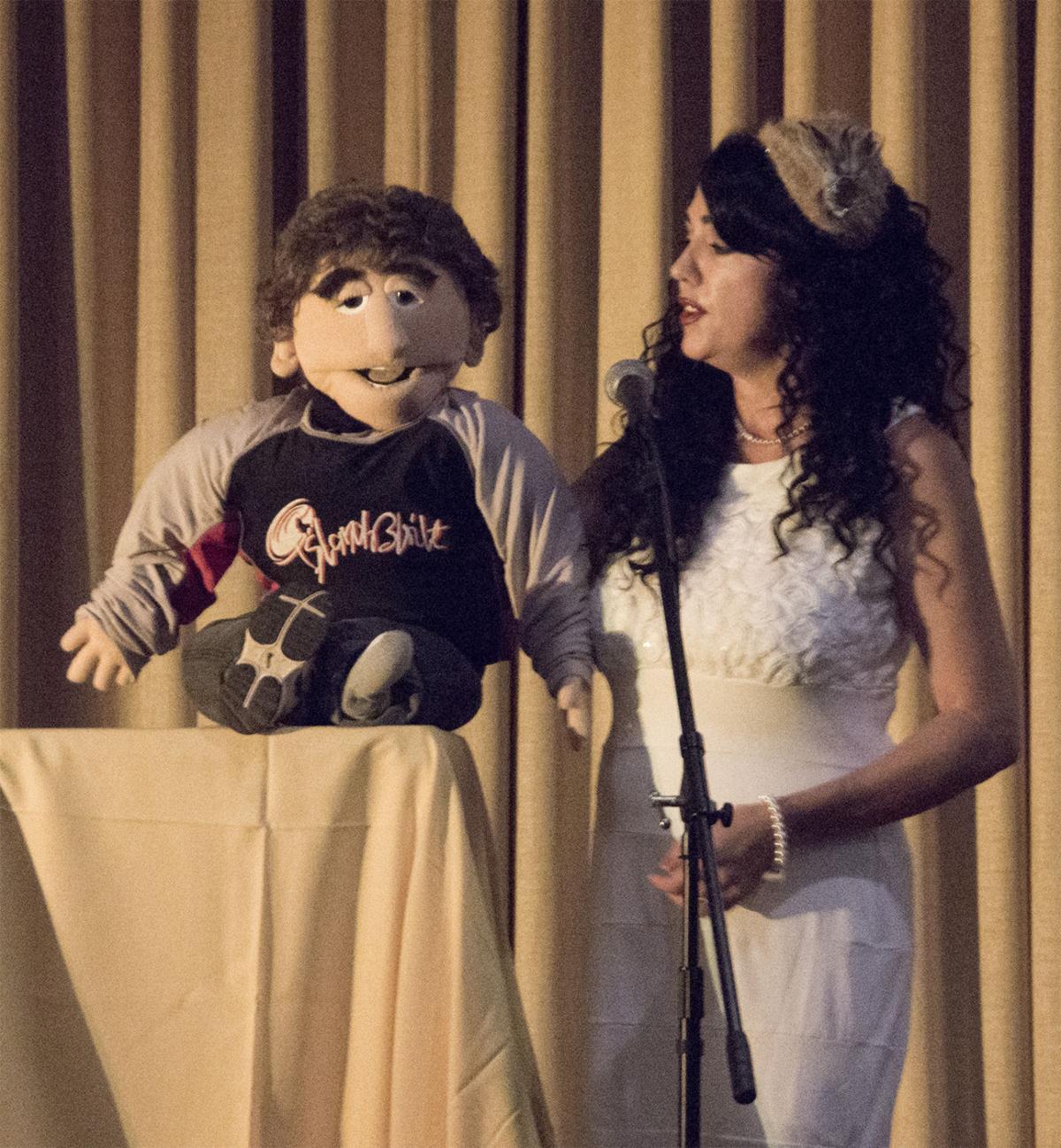 Milania Jubilee Espinosa competes during Lezlie’s Showcase of Talent at the Radisson Hotel in Santa Maria on Sunday. 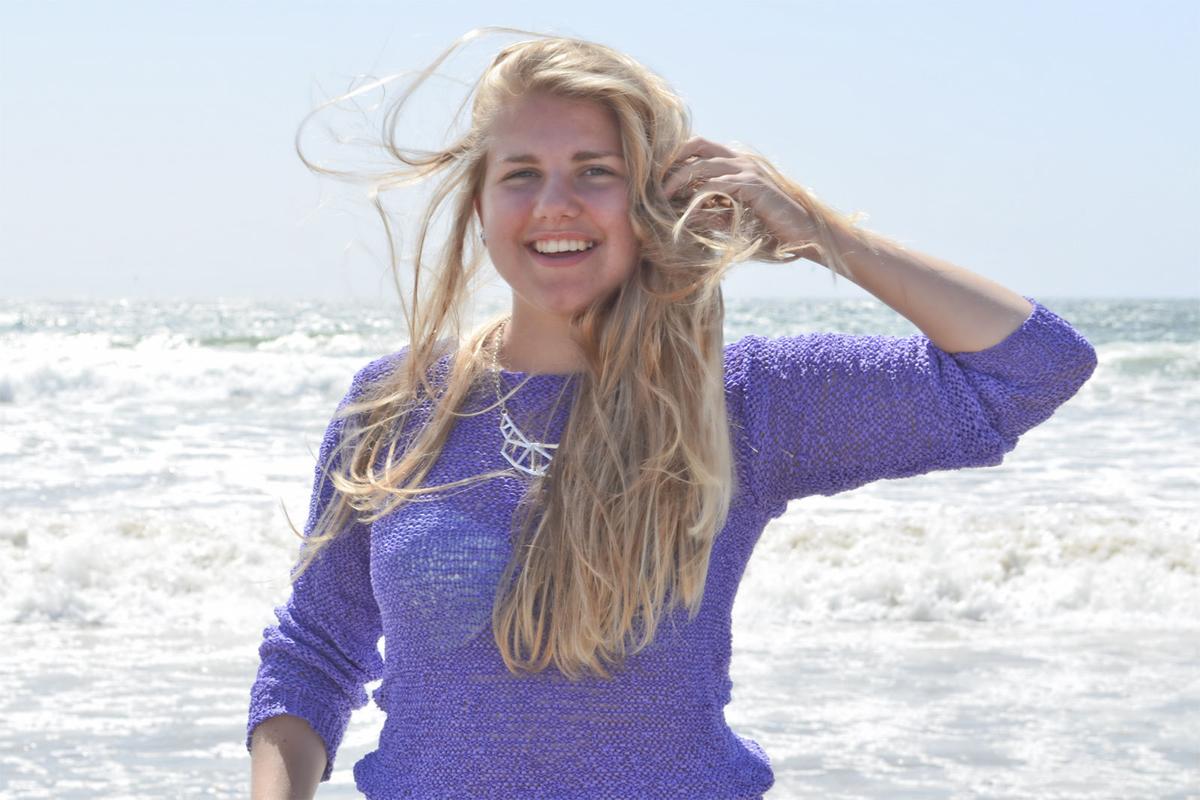 Tamara “Toma” Prysykar, a university student from Ukraine, enjoys a day at Pismo Beach while visiting the Central Coast.

Dewey Roberts, 20, of the Santa Ynez Valley, was the winner of the $1,000 prize in Lezlie’s Showcase of Talent at the Radisson Hotel in Santa Maria on Sunday.

“I just want to share my gift of music with everybody,” he said.

Dewey sang two songs he wrote -- “Risk for You” and “Mr. Gypsy Man.” He credits his father for stimulating his interest in music: “My dad started me with the Beatles and the Beach Boys.”

A student at Santa Barbara City College where he majors in music, Dewey, who started playing bass guitar in the seventh grade. His goals are to write and compose all sorts of music, from Disney to rock 'n' roll. Find more information about him on Facebook or Instagram at Dewey Roberts Music.

“Oh my gosh, it just got progressively better and better," Sean Landers said. "I was floored by some of the people and the talent that was displayed.” Sean was one of three judges who determined the winner after giving credit to the votes from members of the 300-plus audience.

“It was a really, really hard decision,” he said. “There’s so many people that deserve accolades. I kept trying to find people afterward to say, ‘You did so good even though you didn’t win.’”

Sean was especially impressed by Milania Jubilee Espinosa, a young girl who was the last singer of the 20 acts.

“She’s got incredible potential. She’s got a great gift. In about four years, she’s going to be unbelievable.” He talked with her after the show and encouraged her to get a vocal coach to become the best singer she can be.

“The whole idea of this thing is real admirable -- encouraging talent -- having it be an affirmation,” Sean said.

“I think it was a phenomenal exhibition of the talent we have in this area. Everyone was a winner,” Paul Klock said.

“The showcase of talent is dear to my heart," said local artist and entertainer Lezlie Thoroddsson, who produced the show. "I came up with the idea to promote more music and other forms of art in Santa Maria. The city no longer has the event Santa Maria Has Talent and we desperately need this outlet for artists in our community.”

This was Lezlie’s third showcase. She has also produced two other shows. She interspersed her own stand-up comedy and ventriloquism acts between the competitors, bringing in dentist Glenn Prezkop to help with one. Two other noncompetitive acts were David Campbell and Kay Kizer Waldo as “Morrie and Dorrie” (comedy) and Karen Sweeney, who sang country music.

Other competitors were Shayne Mastriano, who did a fire dance (using lights since fire could not be used inside) and Daydreamers dance group (Illy Ramirez, Torre Reddick, Shania Bracamonte, Manny Lopez, Natalie Baisch, Elijah Mack, Corinna Geminani and Jamel Winder).

The other judges were Gale McNeeley and Mitch Latting. Frankie Delagrazo was the co-producer, David Campbell directed and Tom Aller handled light and sound.

I bid farewall to Toma Prysykar (mentioned as a competitor above) on Tuesday. She is a university student in Kiev, Ukraine, who came to the U.S. on a work/travel program through the State Department.

After she worked for three months in Cleveland, my husband and I met her in Las Vegas, showed her around there and the Grand Canyon, then brought her to California. We took her to Hollywood and Newport Beach. We showed her the best of the Central Coast, including PCPA, the Great American Melodrama, Avila Beach, Far Western, Waller Park, Santa Barbara and many other places. We even took her to the Santa Maria City Council where she told everyone she would love to live here.

We will miss her. She was such a delight with her quick laugh, youthful zest for life and willingness to try anything, even improv and uni (sea urchin). She gave us a glimpse into life in Ukraine and helped us see the richness and diversity of the life we live here.

Dewey Roberts was the winner of Lezlie’s Showcase of Talent at the Radisson Hotel in Santa Maria on Sunday.

Daydreamers dance group competes during Lezlie’s Showcase of Talent at the Radisson Hotel in Santa Maria on Sunday.

Milania Jubilee Espinosa competes during Lezlie’s Showcase of Talent at the Radisson Hotel in Santa Maria on Sunday.

Tamara “Toma” Prysykar, a university student from Ukraine, enjoys a day at Pismo Beach while visiting the Central Coast.