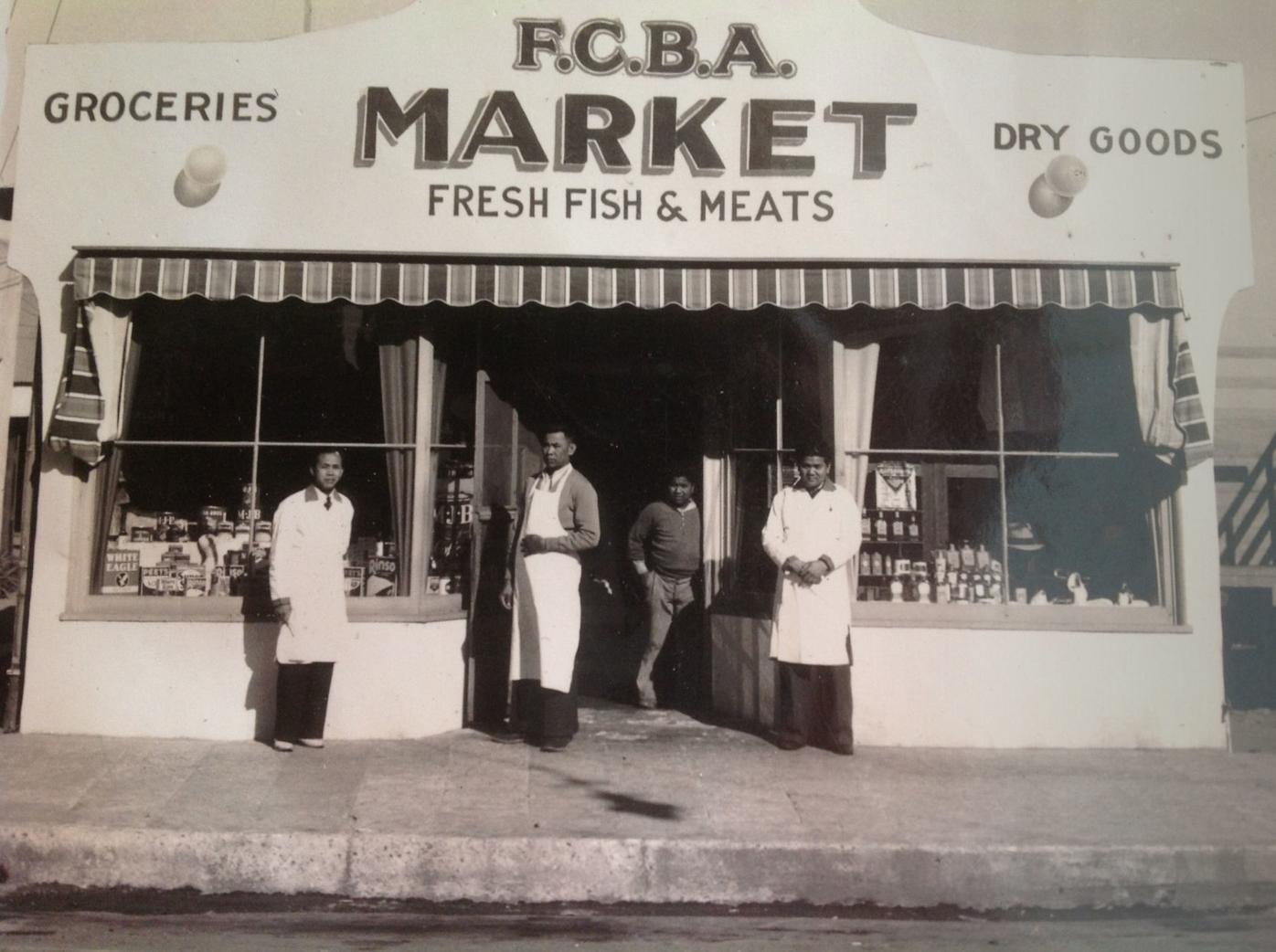 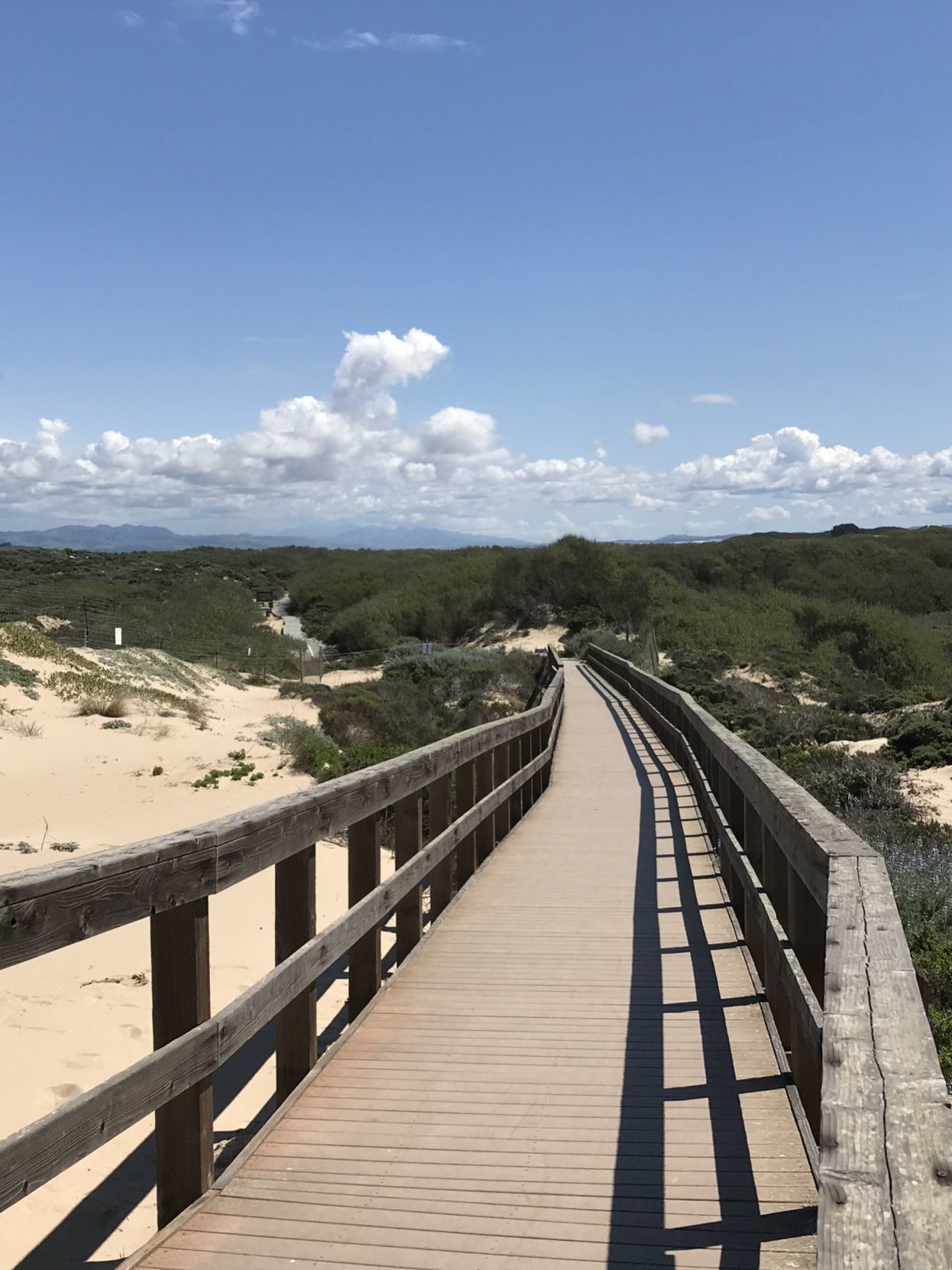 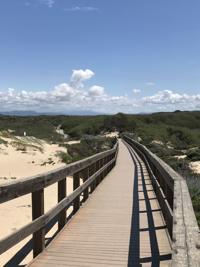 A hiking path at Oso Flaco Lake in Guadalupe leads to the beach.

A hiking path at Oso Flaco Lake in Guadalupe leads to the beach.

My neighbor who recently moved to the Valley asked me about the city of Guadalupe. I was able to tell her it is a small farming community west of Santa Maria. Other than that, I did not know much about the city, so I thought I would do some research.

The town of Guadalupe was established in 1840 and incorporated in 1946. It has a population of about 8,000 residents, with most working in agriculture. The median household income is $48,680, and the median home value is $276,126, so it is an affordable place to live.

It is a growing community as the population has increased 14% since the 2010 census. The things that make Guadalupe most interesting are its location and its history.

The area around Guadalupe has evolved through many stages — from Chumash villages to Spanish rule under Mission La Purisima to a Mexican land grant, an immigrant farming community, a railroad town and a modern agricultural city.

The Guadalupe region owes its rich history to the Santa Maria River. The river is 24.4 miles long and begins at the Sisquoc and Cuyama Rivers junction and forms a line separating San Luis Obispo and Santa Barbara counties. The Santa Maria River follows the path of a tectonic fault and has washed silt from the nearby mountains, creating the fertile Santa Maria Valley and Guadalupe. It also created the Guadalupe-Nipomo Dunes.

Long before Gaspar de Portola’s 1769 Spanish expedition journeyed up the coast and arrived in Guadalupe, 10 Chumash villages existed in the area. This was a perfect location due to the abundance of fresh water, wildlife, native plants and, of course, all the food the Pacific Ocean had to offer. (NOTE: Portola's men killed and ate a skinny bear while staying in the area, and they named the nearby lake Oso Flaco, meaning "thin bear" in Spanish.)

In 1787, Spanish Franciscans established Mission La Purisima in what is now Lompoc. The mission changed the lives of the Chumash people from an economy of hunter-gathers to agricultural laborers. As with many Native American populations, European diseases — mainly smallpox and measles — decimated the Chumash population.

In 1821, Mexico gained its independence from Spain. The missions were secularized, which allowed the Mexican government to award substantial land grants to prominent individuals. In 1840, California Gov. Juan Alvarado gave 43,682 acres to two men, Diego Olivera and Teodoro Arellanes. They named their land Rancho de Guadalupe after the Virgin of Guadalupe, the patron saint of Mexico. The two landowners established a vast cattle ranch. They employed many of the Chumash natives that had been displaced during the mission secularization.

The U.S. annexation of California from Mexico following the Mexican-American War in the 1840s made it difficult for Mexican land grant recipients to prove their title to the land. The Guadalupe land grant was even more complicated because it had been granted to two owners. The heirs of each landowner sued each other for ownership. The grant was confirmed in 1857. The Olivera and Arrellanes families did not get a clear title until 1870. With the financial burden of proving ownership and the devastating floods and drought of the mid-1860s, the families sold the land.

Theodore and Victor Le Roy, two wealthy French bankers who made their fortune during the California Gold Rush, bought the rancho for $42,000 in 1870. The Le Roys subdivided Rancho Guadalupe and sold parcels to many Swiss-Italian and Portuguese immigrant farmers who established dairy farms in the Guadalupe and Oso Flaco Lake area. By the late 1870s, Guadalupe was an expanding agricultural area and required farmworkers. Immigrants began to arrive from around the world to work in the fields. Chinese, Japanese, Filipino and Portuguese immigrants and American citizens came to work the fertile land, which was producing large quantities of produce and dairy products.

During this time, local agricultural production depended upon ships for transportation to distant markets. Businesspeople built piers up and down the coast, including Point Sal, to service Guadalupe. A six-horse team took three days to travel from Guadalupe to the Point Sal pier to load the agricultural products onto ships.

The Southern Pacific Railroad arrived in Guadalupe in 1894. The railroad allowed agricultural products to be transported both north and south, and new nonagricultural businesses to be established. By 1901, the rail line was complete between Los Angeles and San Francisco, and Guadalupe became a boomtown. (NOTE: This was at the expense of towns in the Santa Ynez Valley such as Los Olivos, Ballard and Santa Ynez, as now there was no need for a stagecoach route.)

Horticulture became king, not only due to the rich soil around Guadalupe but in large part due to the ability of the railroad to move goods and people rapidly over long distances. The fertile soil allowed farmers to grow not just the grains commonly grown in the 1800s but also an increasing variety of vegetables such as lettuce, beans, sugar beets and even flower seeds for export worldwide. Union Sugar Co. established itself in 1887 and built a mill to process sugar beets. The company launched the town of Betteravia to house its workers.

In 1913, Lionel Waller, John Franklin and Peter Giacomini established the Waller-Franklin Flower Seed Co., and by 1927 they were selling 2,000 varieties of seed.

Cultural diversity and agricultural diversity boomed as waves of immigrants came to the area to help with the planting and harvest seasons. Chinese immigrants who had worked on the railroad stayed to work in agriculture. Japanese and Filipino workers came as there was an increased demand for labor. Farmers even had to hire labor contractors to recruit farmworkers. Each ethnic group brought its culture and customs that contributed to the prosperity of the town. By the early 1900s, people of Native American, Mexican, Chinese, Japanese, Filipino, European and American origin called Guadalupe home. All their children attended the two-story Victorian schoolhouse.

Many nonagricultural businesses sprung up to service all these new residents. Grocery, dry goods and hardware stores were established. Restaurants, hotels and gas stations soon followed as the automobile was becoming popular. The main street running through town eventually became Highway 1. The city of Guadalupe was firmly established.

World War I, the Great Depression and World War II all took their toll on communities in Santa Barbara County, and Guadalupe was no exception. Racism and income inequality strained relationships in the small town. Many land and business owners had great prosperity, while the farm laborers were barely making enough to support their families. Add this to the racial tension the World Wars produced and it is no wonder that the community's social fabric began to unravel. (Look at us today with Asian American citizens being attacked because the COVID-19 virus was first detected in China.)

The most blatant racism came not from the Guadalupe community but from the U.S. government for fear that Japanese people living on the West Coast would aid Japan in World War II. After the bombing of Pearl Harbor in 1942, President Roosevelt ordered everyone of Japanese ancestry living along the West Coast to be forced to move into relocation camps. They had only 72 hours notice and were allowed to bring only items they could carry. In that short time, if they could not find someone to take care of their farms, homes and valuables, they had to sell them or abandon them. The Japanese in Guadalupe, most of whom were U.S. citizens, were loaded on buses and taken to a holding area in Tulare, then shipped to internment camps. They were not allowed to return until two years later and were expected to pick up their lives as if nothing had happened. (This, indeed, was a dark time in American history and showed what racial prejudice and fear could produce.)

During World War I and II, one bright spot was that Hollywood discovered the Guadalupe-Nipomo Sand Dunes as a location to shoot movies. In 1921, "The Sheik" was filmed, and two years later, Cecil DeMille filmed "The Ten Commandments." More recently, "Pirates of the Caribbean: At World's End" and "G.I. Jane" have been filmed on the dunes. (NOTE: If you have never visited the Guadalupe-Nipomo Dunes, I highly recommend a visit. They resulted from thousands of years of gravel being reduced to sand and washed down from the mountains by the Santa Maria River. The dunes are a unique and beautiful sight — don’t miss them.

Today, Guadalupe is a growing town with a bright future. It continues to be an agricultural production leader in our county.

More in Learn more about Santa Barbara County's history, landscape, and traditions from Judith Dale with these 26 stories (9 of 26)