Our entire area depends upon the Santa Ynez River – without it, our Central Coast communities would not exist. The Chumash knew this as well.

We often overlook and take for granted the importance of the river to our past development and more importantly to our future development and quality of life. Most of the time, the river is dry, and we don’t even think about how important it is to our valley and to Santa Barbara County.

I often hear people ask, “How full is Lake Cachuma?”

To find the answer to this question and access a daily report on the level of the lake and a comparison of the lake level to previous years, visit their website at http://cachuma.uslakes.info/Level/

Its drainage basin is 896 square miles and is one of the largest rivers in central California. The river’s flow varies and is often dry in the summer. However, in the winter it can be a raging torrent. Fortunately, there are three dams on the river that help control flooding and of course store water. The three dams are Juncal, Gibraltar, and Bradbury (Cachuma).

And thanks to good oversight by the U.S. Bureau of Reclamation and a local agency called COMB (Cachuma Operations and Maintenance Board), which was formed in 1956, the three dams efficiently store water which supply us even in dry years. It is a joint powers agency whose members include Goleta Water District, the City of Santa Barbara, Montecito Water District, and Carpinteria Valley Water District.

Juncal Dam is the first dam from the mouth of the river and forms Jameson Lake. The Montecito Water District completed construction of Juncal Dam and Jameson Lake in 1930.

The Doulton Tunnel, which was started in 1924. Initially, it penetrated only the first mile of the Santa Ynez Mountains due to substantial groundwater inflow.

Gibraltar Dam is the second dam from the mouth of the Santa Ynez River. The dam is 194.5 feet high and 600 feet long and was completed in 1920 - the first dam and reservoir to be built on the river. It is owned by the city of Santa Barbara and was built to provide water to the city.

It was enlarged in 1948 to help accommodate the need for water as the Santa Barbara area was growing after World War II. Before the dam was built, in 1904 a tunnel was bored under Mission Canyon in the Santa Ynez Mountains to bring water to the city. At the time it was the longest water tunnel in the world. However, without a dam and reservoir, not enough water flowed through the tunnel the meet the growing demand.

🎣 Cachuma Lake fishing report: Good with the reel? You cod do better! 🎣

Today, Gibraltar Dam provides about 4,600-acre feet of water to Santa Barbara each year, which is about 30% of the city’s needs. The problem facing Gibraltar Reservoir is that it is filling up with sediment. After the 1948 expansion, the reservoir’s storage capacity was 22,500-acre feet, however, today its capacity is 4,314-acre feet or only 19% of its designed capacity.

Due to this massive loss of storage capacity, the lake can fill and spill after a single storm while drying up completely in dry years. This puts more demand for water from Cachuma Lake. During our last drought there was talk of dredging out the sediment to increase the storage capacity of Gibraltar Reservoir but due to some environmental concerns that never happened.

Cachuma Dam was completed in 1953 and re-named Bradbury Dam in 1971 after C.W “Brad” Bradbury, a local water supply advocate. The dam is 279 feet high and 2,850 feet long. Bradbury Dam creates Cachuma Lake, by far the largest reservoir on the Santa Ynez River.

The lake has a storage capacity of 205,000-acre feet, covers 3250 acres when full and has a 42-mile shoreline. It was built and is operated by the U.S. Bureau of Reclamation. Santa Barbara County Parks Department contracts with the Bureau to operate recreational activities at the lake.

Cachuma Lake provides water to Montecito, Carpinteria, Santa Barbara and Goleta through the Tecolote Tunnel, a seven-foot diameter, 6.4-mile long pipeline, bored through the Santa Ynez Mountains. Once across the mountains, a 26-mile pipeline called the South Coast Conduit carries the water to three reservoirs on the south coast that store the water for the various communities.

Who Gets the Water

With all three dams providing water to southern coastal communities, what happens to the communities downstream during drought years? Thanks to a 1928 lawsuit by Gin Chow, a Chinese immigrant, it is mandated that water has to be released from Cachuma Lake to keep the water tables up, so the farms and cities downstream have a supply of water.

In 1873, Gin Chow journeyed from China to Santa Barbara and went to work on W. W. Hollister’s Glen Annie ranch in Goleta. (Hollister was a vigorous champion of Chinese immigration to California, and the family and Gin Chow developed a warm relationship.)

Gin Chow carefully saved his money, and in 1897 he bought 22 acres in the Goleta Valley, where he raised vegetables. In 1913 he sold his Goleta property and bought 32 acres east of Lompoc. With the building of Juncal and Gibraltar Dams in the 1920’s, Gin Chow realized that the Santa Barbara South Coast area could take all the water from the upper Santa Ynez River and leave the farms and communities downriver without enough water.

In drought years, water had to be released to keep the water tables up all the way to the mouth of the river. This was an important decision because later when Cachuma Dam was built, that could have stopped all water flowing downriver in drought years. To this day, water from Lake Cachuma has to be released to keep the keep the water table up for downriver users.

As noted above, the river is often dry, but when it really rains, the river can rise very quickly and fill the three reservoirs (Lake Cachuma can raise one foot an hour in a big storm). The river can flood in spite of its three dams. It has seriously flooded twice: January 9, 1907 and January 25, 1969.

Of course, I was not around to witness the 1907 flood, but I did experience the 1969 flood. It rained eleven inches in one day and the river was raging. It was feared that Gibraltar Dam would fail, sending a wall of water downriver to Lake Cachuma, which would threaten Bradbury Dam.

To make room for this possibility, the Bradbury Dam gates were opened to release water to make room for the potential of additional water from Gibraltar. A good plan, but unbeknownst to the dam operators, debris and huge trees that had been washed away from upstream that got stuck in the gates and did not allow them to close once enough water had been released.

In order to clear the trees and debris, the gates had to be fully opened. This sent a huge torrent of water downriver. The bridge on Alisal Road totally washed out and the water was close to flowing over the top of the Highway 101 bridge in Buellton.

From our family house which is now the Hitching Post Wines tasting room, I watched in horror as cows and horses were drowning as they were swept down the river. Entire barns and farm buildings were floating by. The huge Caterpillar tractors at the gravel works were being rolled and tossed into the air like toys.

When the water finally receded, hundreds of acres of prime farmland topsoil were gone, and there were 8-foot-high gullies cut into the land which was littered with dead animals and debris.

The current was so fast and powerful that river eroded top land well beyond its former banks. It was unbelievable. Since this happened, both Gibraltar and Bradbury Dams have been fortified and hopefully we will never have eleven inches of rain in one day.

This goes to show you that although mighty, our water is precious. Enjoy it, and every now and then think about how vital the Santa Ynez River is to our fabulous Valley.

City park rangers say the riverbed has been experiencing high traffic from the public as the city wraps up its last cleaning efforts in the area. 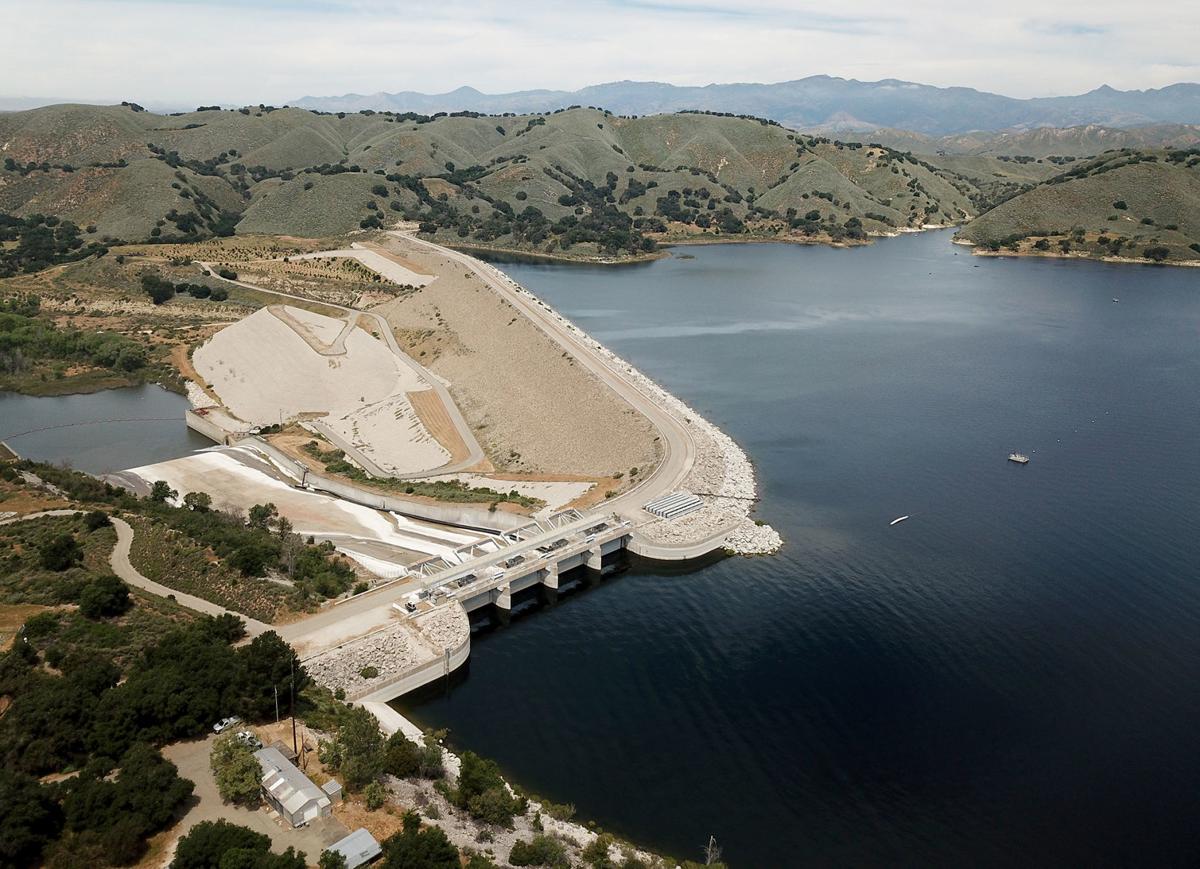 Cachuma Lake water released from beneath Bradbury Dam flows down the Santa Ynez River, at left, in this photo taken April 27. 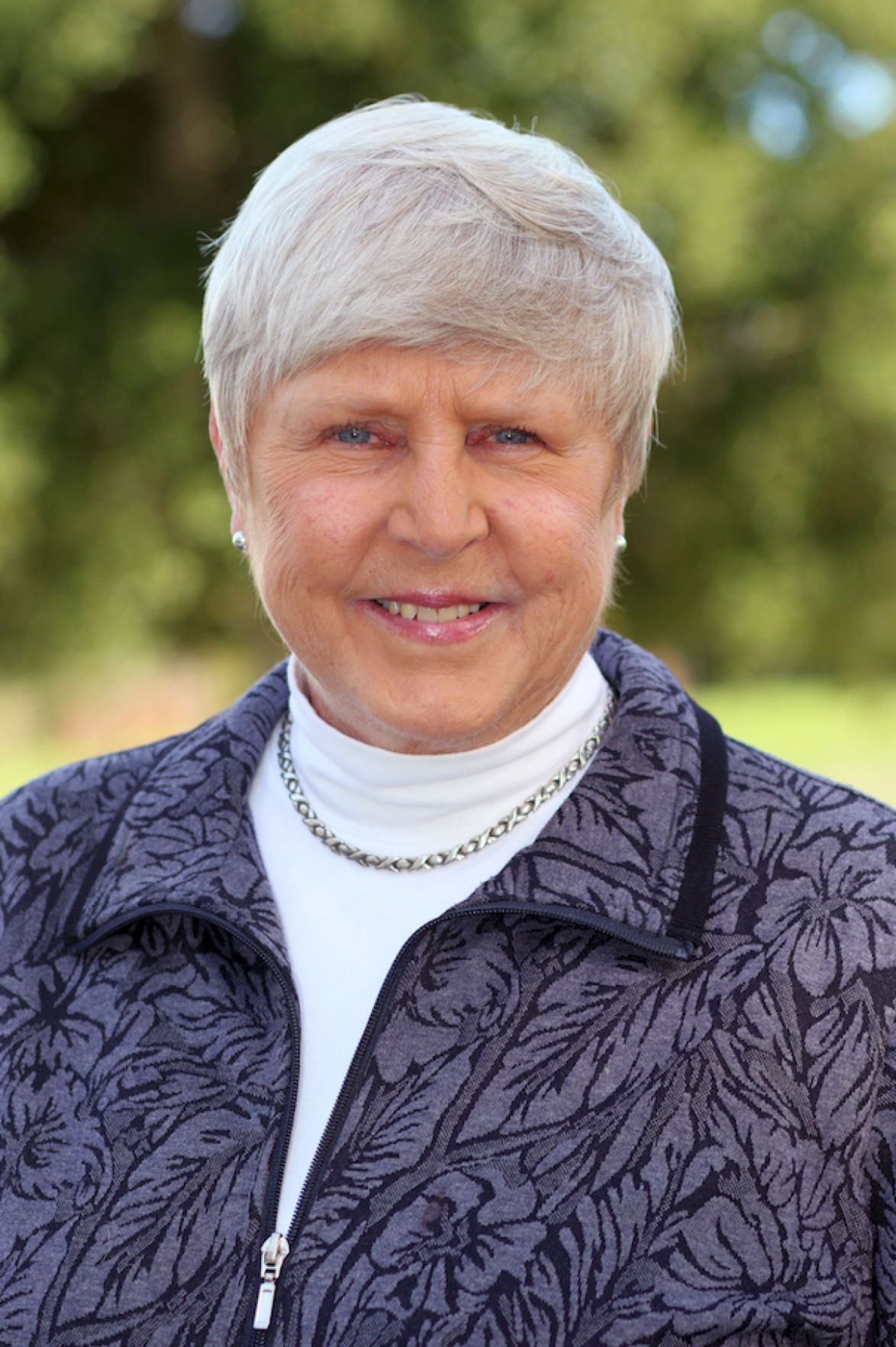