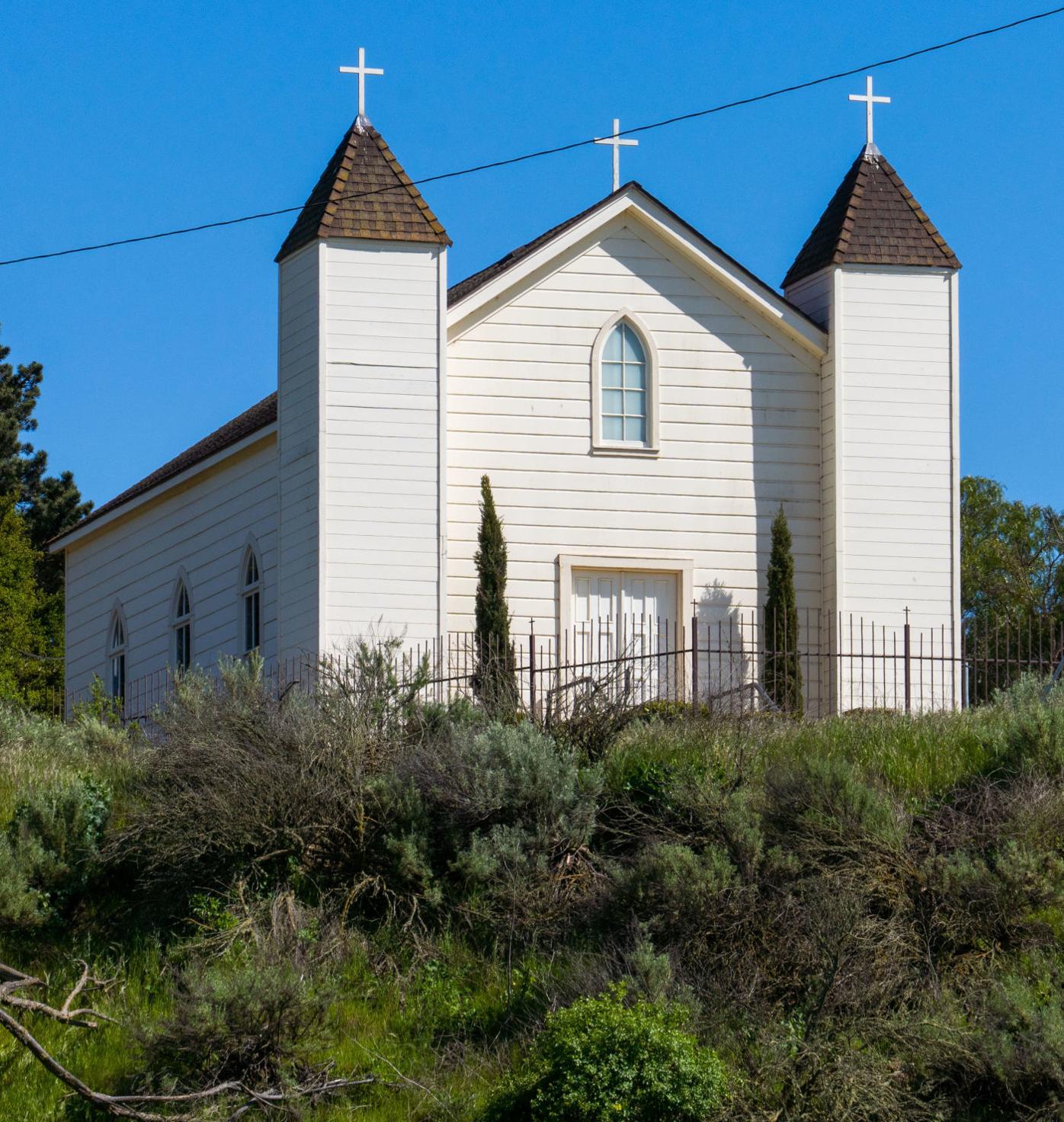 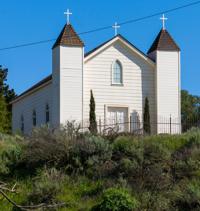 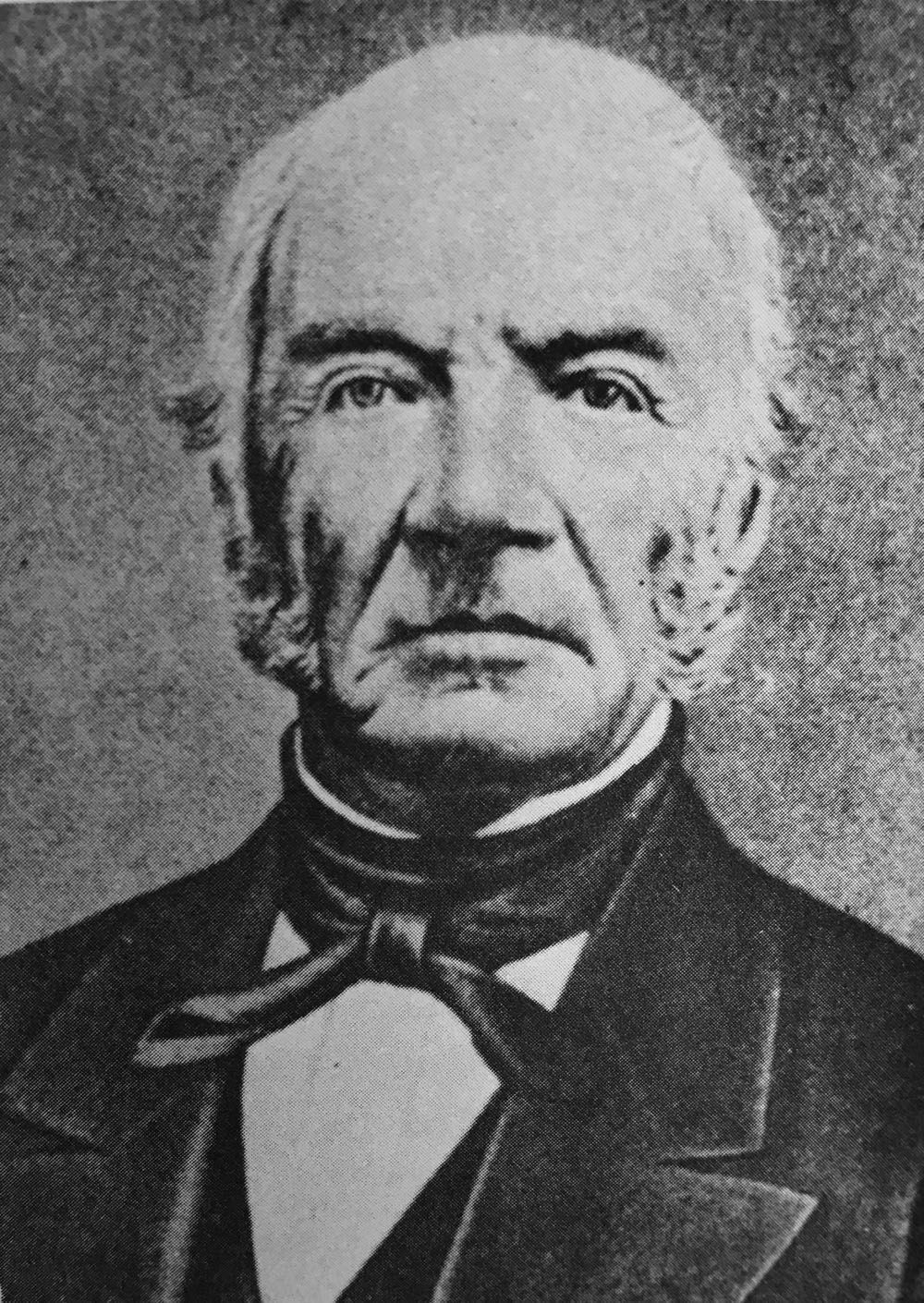 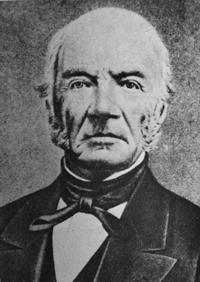 Benjamin Foxen, one of the pioneers of north Santa Barbara County, supposedly had a bear chained to a tree in front of his house near Foxen Canyon Road in the mid-1800s. 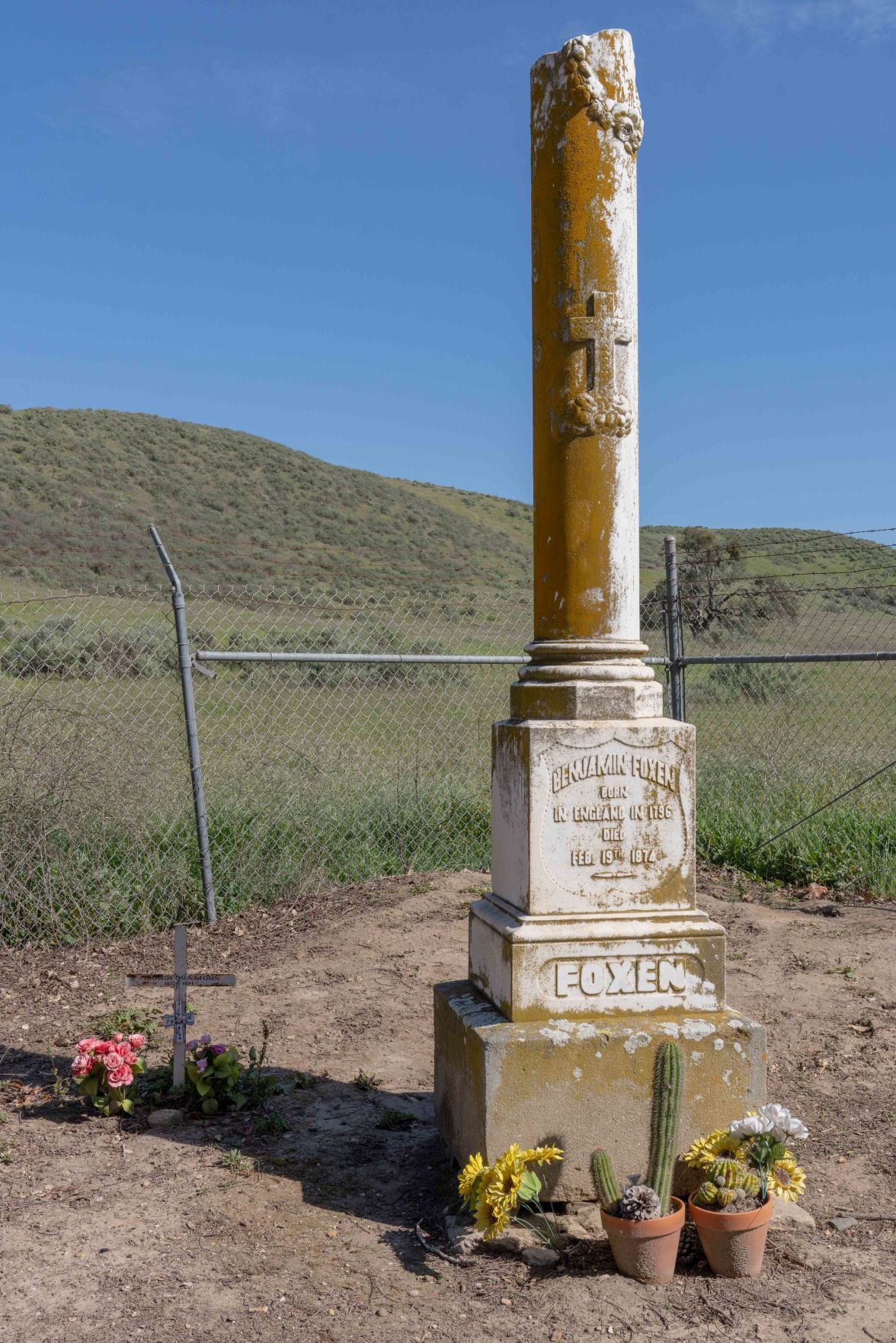 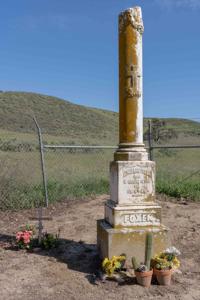 Benjamin Foxen’s tombstone is a marble shaft meant to replicate the broken mast of a ship. Buried next to him is his wife Eduarda Osuna Foxen.

Benjamin Foxen, one of the pioneers of north Santa Barbara County, supposedly had a bear chained to a tree in front of his house near Foxen Canyon Road in the mid-1800s.

Benjamin Foxen’s tombstone is a marble shaft meant to replicate the broken mast of a ship. Buried next to him is his wife Eduarda Osuna Foxen.

What do Foxen Canyon Road in Los Olivos, the community of Sisquoc, the American army capturing the Santa Barbara Presidio in 1846, an elementary school and the Foxen Vineyard and Winery all have in common? The answer is William Benjamin Foxen – a true pioneer of northern Santa Barbara County.

Benjamin William Foxen (aka "Don Julian" and "Guillermo Domingo"), an Englishman born in Norwich County, Norfolk, England in 1796, and a Mexican by naturalization, was the earliest pioneer of the Sisquoc Valley (Sisquoc means quail in Spanish). He joined the British Navy as a young man and went to sea, later joining the merchant service and gradually working his way up to first officer.

After working two years for Alpheus Basil "A.B." Thompson who was in need of a first officer on his ship that was engaged in the California-Boston hide and tallow trade, Foxen went into business for himself. Using his own ship, he made his first visit to the San Francisco Bay in 1815, and Santa Barbara in 1818.

In 1828, Foxen completed rebuilding the schooner Goleta for Jose de la Guerra and William Dana, who was captain of the Santa Barbara port. After launching the Goleta at the Atascadero Inlet in Goleta (which means schooner), Foxen captained the ship for several years, trading in Upper and Lower California. The relationship with de la Guerra and Dana, solidified the relationship between Foxen and two of the most influential figures in Alta California.

On a trip to San Ysidro Ranch, Benjamin Foxen picked up a load of hides from Tomas Olivera who was superintendent of three mission ranches - La Purisima, Santa Ines and Santa Barbara. It was there that Foxen met Olivera's stepdaughter, Eduarda Osuna, said to be a beautiful young woman.

Later, Foxen visited Olivera again and asked for Eduarda's hand in marriage. Olivera informed Foxen that he could not allow Eduarda to marry a non-Catholic, so Foxen left the ship, became a naturalized Mexican citizen, converted to the Catholic religion and was baptized as Guillermo Domingo Foxen on August 4, 1830. Foxen, who spoke very little Spanish and Eduarda Osuna, who spoke no English, were married at Mission Santa Barbara on May 26, 1831, by Padre Antonio Moreno. He was 35 years old; she was 19. They had 12 children.

In 1835, Foxen purchased land from Joseph Chapman in the area now called Burton's Mound, formerly one of the largest Chumash villages on the south coast. He enlarged Chapman's adobe and used the building as a hotel-sanitarium for sailors recovering from scurvy.

In 1842, Foxen was granted the 8,847-acre Rancho Tinaquaic, by Governor Alvarado. This rancho was just upstream from Rancho Tepusquet, one of his father-in-law’s ranchos.

Foxen experienced many hard years during the development of Rancho Tinaquaic. He built a large adobe ranch house and barns to protect his cattle, horses and mules from wild animals and wild Indians. He built a blacksmith shop to make his own plows which were drawn by oxen to cultivate the flat land for grains and corn. In his harness shop, he made yokes for the oxen, and bridles, harnesses and other accessories. He built a flour mill, soap vats and possibly a tannery and winery.

In addition to his busy life on the rancho, Foxen spent much time helping those who were ill. During his service in the British Navy and the Merchant Marines, he had acquired some knowledge of medicine, surgery and dentistry, and he could set broken bones.

By the time news reached the rancho that the United States was at war with Mexico, the northern portion of California had already been "taken" by the Americans under the leadership of Major John C. Fremont, who was marching south and taking possession of every mission and pueblo along the way.

Foxen sold horses to Fremont and legend has it that he warned Fremont of a possible ambush at Gaviota Pass. Foxen’s son guided Fremont over Sant Marcos Pass to capture the Santa Barbara Presidio. The loyal Mexican Californios felt Foxen was a traitor to his adopted country Mexico, and with the help of Indians they raided his rancho and set fire to his fields. (A plaque to commemorate this event is on display at the northbound Highway 101 Gaviota rest stop.)

Later, while the family was attending mass at Santa Ines Mission, their home was set on fire. For safety, the family moved into the mission.

In 1848 Foxen returned to the rancho to gather up additional belongings, only to discover that the house had been ransacked. While he surveyed the damage, he was approached by three men and a woman. In an attempt to defend himself, Don Julian shot and killed Augustin Davila.

Governor Mason appointed a special court consisting of two alcaldes; the trial was held September 4th and 5th, 1852, and Foxen was sentenced to four years in jail. In consideration of his family and through the intercession of the mission padres and his influential friends, he was soon granted a pardon by the governor.

As the years passed, the rancho was rebuilt and expanded by Foxen and his children. New barns, a shop and corrals were constructed. A second Foxen Ranch house was a store and stage stop from 1861 to 1865 operated by Ramona Foxen and her husband Frederick Wickenden. Descendants of the Wickenden family still live there today.

Benjamin Foxen died in 1874 of an infected spider bite. He was buried on a mesa near the ranch and, in 1881, his remains were moved to the San Ramon Chapel Cemetery.

In the late 1870s the community was growing and needed a convenient place where church services could be held and children could receive proper religious instructions without the long journey to Mission Santa Inez – the closest church. Inspired by the plans of Rev. McNally of the Santa Inez Mission, Frederick Wickenden, Thomas Foxen and Chris Lawson did most of the work to build the little church.

It was completed in 1875 and consecrated as the Chapel San Ramon. Services were held once a month by a priest from either Santa Inez or Arroyo Grande.

Today, the church is a designated historical landmark and still holds mass on Sundays. (NOTE: currently the church is not holding mass due to the coronavirus). It is located at 6601 Foxen Canyon Road in Sisquoc, and thanks to many citizens and Foxen decedents, the church has been remodeled, upgraded, and is in beautiful condition – a true historic gem.

In 1909, Benjamin Foxen Elementary School was established. It is still in use today serving 212 students in kindergarten through 8th grade. It is one of four schools in the Blochman Union School District in Santa Maria.

Many decedents of Benjamin and Eduarda Foxen’s 12 children still live in the area. The family still owns over 2,000 acres of Rancho Tinaquaic. Their great-great grandson, Dick Doré partnered with winemaker Bill Wathen in 1985 to establish Foxen Vineyard Winery on the original historic rancho. The trademark of the winery is the distinctive “anchor” that was Foxen’s cattle brand.

As we are all feeling a little “cabin fever” due to the coronavirus pandemic, I highly recommend a drive along Foxen Canyon Road from Los Olivos to Santa Maria. You will not find a more scenic and relaxing drive in Santa Barbara County. Along the way, there are many wineries to visit, beautiful vistas of farmland and vineyards. Observe Zaca Creek as it flows to Los Olivos, pass through the historic towns of Sisquoc (meaning quail in Spanish) and Garey (named after the horticulturalist Thomas Garey and founded in 1889). And see the intersection of the Sisquoc and Cuyama Rivers as they become the Santa Maria River. Near Santa Maria, Foxen Canyon Road becomes Betteravia Road that leads you right into Santa Maria.

Have fun exploring this beautiful historic area of our county.