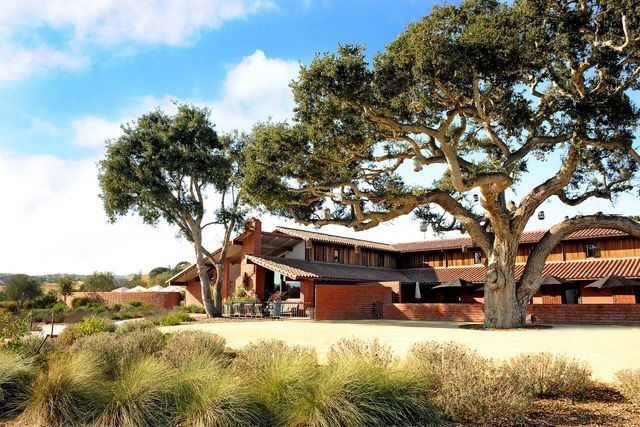 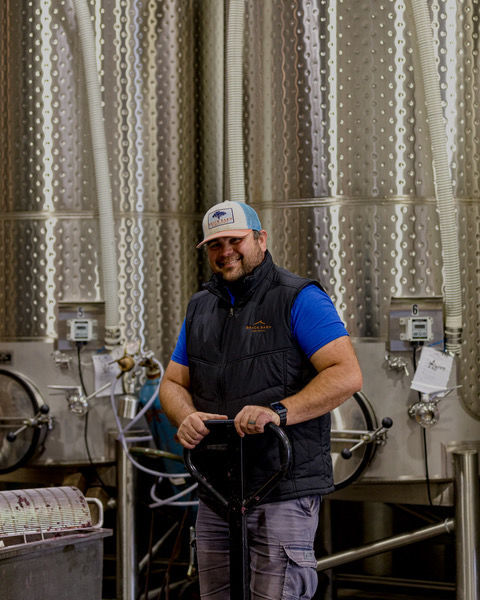 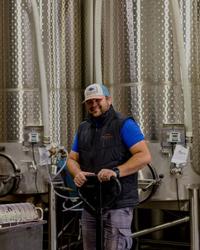 When I visit a tasting room, I love enjoying live music while I taste, which has become more commonplace as we ease out of the COVID pandemic.

For me and my husband, Dan Hardesty, it’s our favorite form of entertainment, made even better when there’s great food available, too. That’s exactly what you get at the tasting room for Brick Barn Wine Estate in Buellton. Yet I’m sure that when they first opened in 2018, they had no idea how fortuitous it was to create two spacious patios for the general public and private parties.

But it’s not just about the luxurious tasting room. Both indoors and outdoors, they offer a great lineup of very good quality wines. You can’t go wrong here, and that’s why they have become one of Santa Barbara County’s most popular destination wine-tasting rooms for locals and tourists.

Located in Buellton, they’re close to some excellent restaurants, like Industrial Eats and the Hitching Post 2, but the winery also brings in good local caterers during special events. Their latest new addition to special events is a great way to spend a date night.

“Movies under the oak” features a glass of their sparkling wine, pizza, salad and popcorn, and guests may arrive at 6:30 p.m. Any other one of their wines must be purchased, but club members will get theirs discounted. They’ll have live music until showtime for the movie at 8:15 p.m. The movie will be shown on a 20-by-12-foot screen under the giant oak tree in the main patio.

Ticket price for wine club members is limited to two persons, at $55 each and $65 for nonmembers. Bring your own lawn chairs and save $5. It will be outdoors, so you should dress accordingly and you might consider bringing a blanket. Furry pals are not allowed unless it’s a service animal. They feature many other great options for your date night: Wine Down Wednesdays, comedy nights, live music on Sunday afternoon. You can learn all about the wide array of choices and/or buy tickets online at brickbarnwineestate .com.

I first visited this gorgeous estate in 2018 when they opened the tasting room. There was a good turnout of regular customers and the media, and a good time was had by all.

There was another winemaker in the beginning, but in 2019 they hired  winemaker Adrian Bolshoi. General Manager Elizabeth Dadosky sent an email inviting me for a tasting with Bolshoi. I accepted and met with them in late May 2021. I was impressed by Bolshoi; in only a few short years, he knows the estate vineyards quite well. I first thought to myself his surname sounded Russian, and he said it was. He immigrated here after graduating from the University of Moldova, a country where he was born and raised.

Bolshoi worked with his grandfather in the family’s small vineyard, and helped with winemaking. He attended the university where he earned a bachelor's as an “engineer winemaker.” When he graduated in 2011, he soon found an opportunity to travel to the Santa Ynez Valley for an internship.

“Our country is located between Romania and the Ukraine, it’s part of the USSR. Most families have a small vineyard and make their own wine. It’s not like the wine industry here.” I discovered online that Moldova ranks as the 11th largest wine region in Europe. The biggest proportion of its land is covered in wine grapevines.

I’ve always said some people have an innate talent for making excellent wines and many of them are here on the Central Coast. But considering how young this winemaker is, he is making some beautifully balanced wines from the Brick Barn estate vineyards. And he makes five white wines and four red wines; that’s a lot to handle. It’s rare when I can say I liked each of wines, including wines I don’t usually favor like chardonnays (very much enjoyed all three of his chards), and cabernet Franc aged in Russian barrels. The last one Bolshoi described as their flagship wine:

“It’s 100% cabernet franc aged in Russian oak, hand-bottled and corked, and we spend a lot on packaging. We only make two barrels (the equivalent of 52 cases from each barrel), and our wine club members have first chance at buying it.” It surprised me, with such a depth of flavor and great balance. Now that’s a good reason to join the club; it’s the only way you’ll get a discount on this beauty.

Adrian Bolshoi is a winemaker to watch. I predict his passion for winemaking will only increase with each new vintage.

The live event will feature renowned pianist Robert Cassidy and cello soloist Ani Aznavoorian, who will perform a program of sonatas that includes Beethoven’s Sonata in C Major, op.102 #1. Debussy’s Sonata for Cello and Piano and...