Orcutt resident Tony Gonzales recently snapped a selfie with his family, from left, daughter Molina, son Trey and wife Kori. Diagnosed with early onset Alzheimer's at age 47, Gonzales said he and his family have learned to live with it. 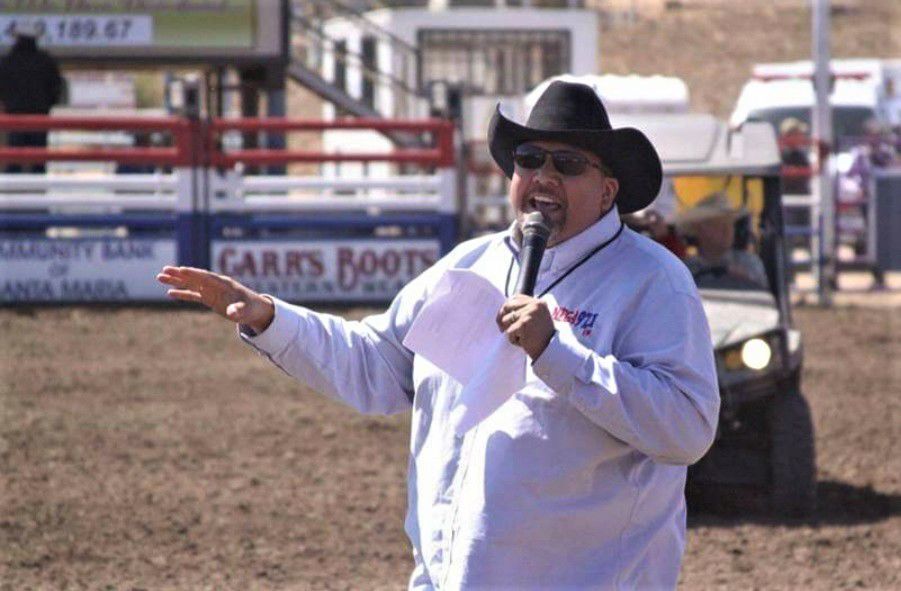 Orcutt resident Tony Gonzales announces from the arena floor during the Santa Maria Elks Rodeo, one of his volunteer activities he's become associated with over the years. Diagnosed with early onset Alzheimer's, he's now sharing his experiences to help others who now or someday may have the disease. 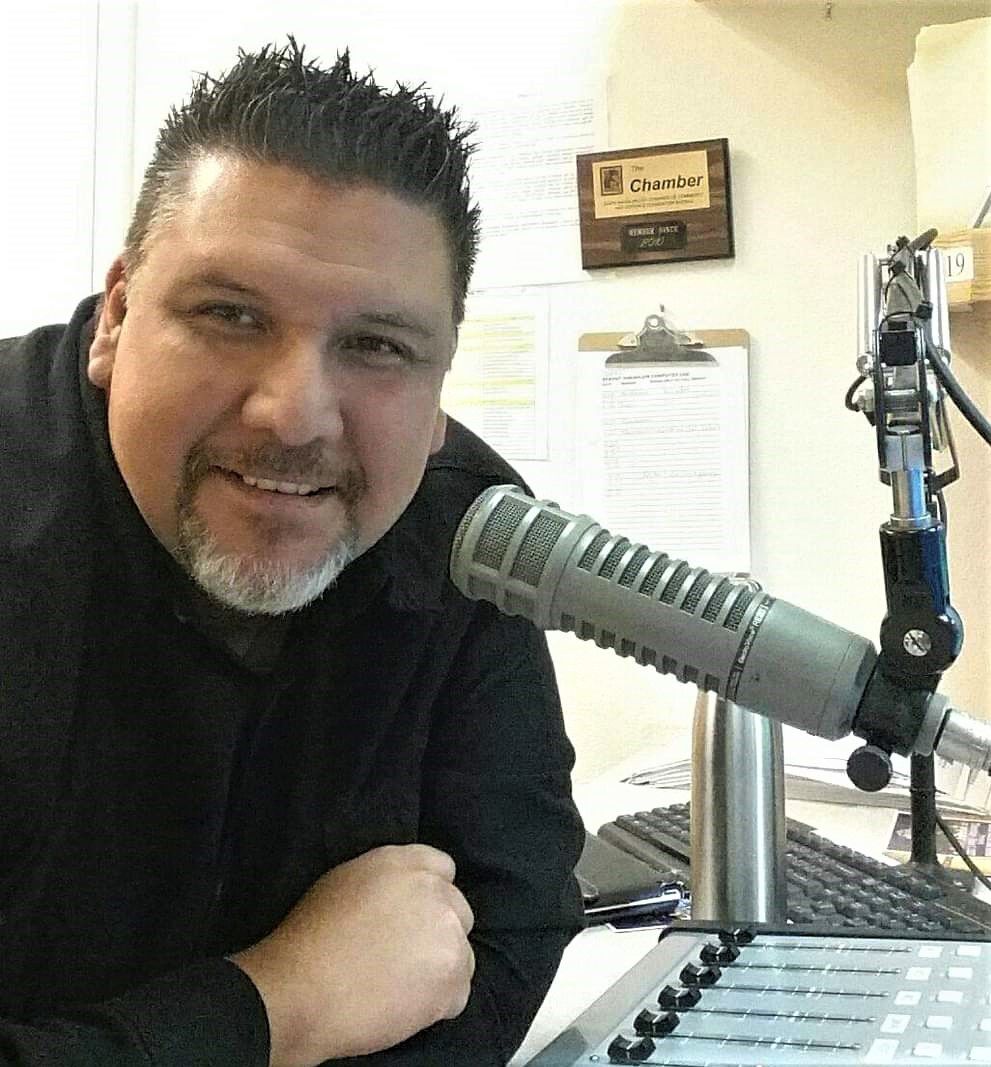 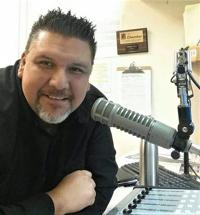 Tony "Chief" Gonzales is shown at the microphone during his radio show hosting years that encompassed 20 years. Now, at age 47, Gonzales has been diagnosed with early onset Alzheimer's disease. 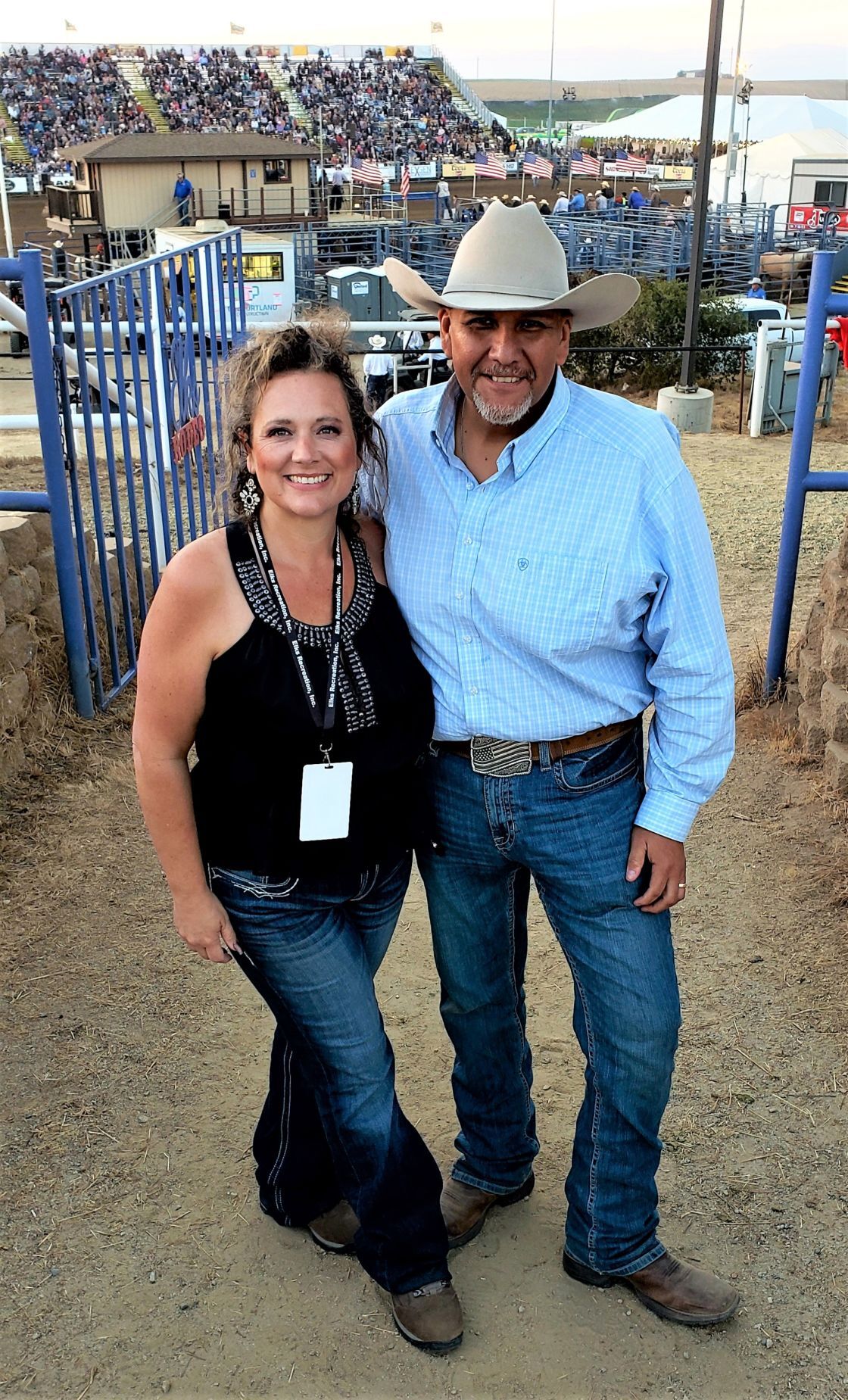 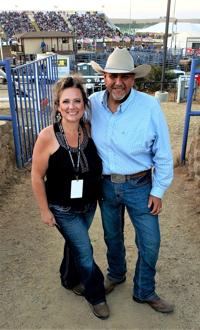 Kori and Tony Gonzales pause for a photo at a recent Santa Maria Elks Rodeo, an event he's been involved with since he was 14 years old. Now 47, he's been diagnosed with early onset Alzheimer's disease.

Orcutt resident Tony Gonzales recently snapped a selfie with his family, from left, daughter Molina, son Trey and wife Kori. Diagnosed with early onset Alzheimer's at age 47, Gonzales said he and his family have learned to live with it.

Orcutt resident Tony Gonzales announces from the arena floor during the Santa Maria Elks Rodeo, one of his volunteer activities he's become associated with over the years. Diagnosed with early onset Alzheimer's, he's now sharing his experiences to help others who now or someday may have the disease.

Tony "Chief" Gonzales is shown at the microphone during his radio show hosting years that encompassed 20 years. Now, at age 47, Gonzales has been diagnosed with early onset Alzheimer's disease.

Tony Gonzales has always been a multitasker.

Through a 20-year career as a radio personality, known as “Chief” on air, then through real estate, banking and other executive positions, Gonzales could carry on a phone conversation, review emails and listen to someone who just walked into his office.

Now, he focuses on one thing at a time, and his focus Saturday was the Santa Maria Walk to End Alzheimer’s sponsored by the Alzheimer’s Association California Central Coast Chapter.

Gonzales speaks rapidly out of his natural self-confidence and a solid knowledge of his topics. Constantly in motion all his life, he’s been involved in community events like the American Cancer Society’s Relay for Life and the Santa Maria Elks Rodeo, where he served as an arena announcer.

“A lot of people, when they go to the Elks Rodeo and see me, they associate me with the rodeo,” he said. “But then, I’ve been doing [the rodeo] since I was 14 years old.”

Tony Gonzales was that little kid who coerced his mom into dressing him like a cowboy throughout Elks Rodeo week. As a teen, he performed on the Elks Rodeo stage. Now, it’s the kids looking up to Gonzales, who will serve as co-grand marshal of the 78th Annual Santa Maria Elks Rodeo Parade.

But a couple of years ago, at age 45, Gonzales began to suspect something was wrong. His boss and family had already noticed he wasn’t multitasking as usual. He was missing emails and appointments and had experienced some odd incidents.

Having ordered a special pair of socks, Gonzales was anxious for them to arrive, and during a gathering at his home, he walked into the house and asked if his socks had arrived.

“They said, 'yes, they’re right there in that box,'” Gonzales recalled. “I picked it up and said ‘great,’ then realized they were all looking at me like my head was just blown off, so I asked what was wrong.

“They said, ‘You just walked in and did that exact same thing five minutes ago.’ I didn’t remember any of that.”

Then one day, driving back into Santa Maria on Highway 101, he suddenly had no idea where he was or where he was going, although he did know who he was.

Pulling off the freeway to call his wife, Kori, he saw the sign for Santa Maria Way, and it all came back to him.

But that made him realize he needed to see his doctor, who listened to his experiences and gave him a brief test with a handful of questions. He failed.

Suspecting Gonzales had dementia, his doctor initially referred him to UCLA, but he later transferred to the UCSF Memory Center, which specializes in dementia.

Gonzales said “dementia” is an umbrella term that, in addition to Alzheimer’s disease, also covers Parkinson’s and other diseases, some 80 in all, but there’s really no way to positively diagnose Alzheimer’s until after you die and they examine your brain tissue.

“The way they diagnose it is they listen to the incidents you’ve experienced and they ask you questions,” he said. “They asked me to name all the U.S. presidents going backward from [Donald] Trump.”

Having a particular interest in the history of American presidents, it was something Gonzales said he should have been able to do with ease. He couldn’t get past Barack Obama.

“Then they eliminate things like sleep apnea, a brain tumor,” he said. “Once they eliminate everything else, then they say ‘dementia and Alzheimer’s.’”

Finally, three months ago, after two years of tests, the previously suspected diagnosis was confirmed.

“I now have a first-grade level of math skills, which is insane,” Gonzales said, adding his condition changes from day to day. “I get something that’s called ‘brain fog.’ On a really bad day, I have trouble speaking. My wife keeps me home, inside, and I do coloring and brain activities like Word Finder.”

He also is subject to “sundowning,” where the symptoms become more severe near the end of the day.

But Gonzales said he and his family have learned to live with the disease.

In a way, he said, the diagnosis has been a blessing because he knows his time is limited.

“Everybody is going to die — we’re all dying,” he said. “But most people just don’t know when. … I live that life where every day matters to me.”

Widely sharing his experiences with others was difficult, so Gonzales created a website, blog and podcast that only family and certain friends could access.

“We lost friends, close friends we’ve known for 10 years,” he said. “They pulled away, either because they were scared or they didn’t know how to act around us.”

But some acquaintances became closer friends.

“One guy sends me an inspirational quote every day,” he said.

Gonzales said officials with the Alzheimer’s Association found his experiences so compelling they asked if he would share them more widely.

He said that was a tough decision to make, one he and wife Kori spent hours discussing.

“This was kind of like showing everyone your underwear drawer,” Gonzales joked.

Ultimately, they decided to do it, partly in an effort to change some of the things he discovered following his diagnosis.

“It was a shock to find the medical and insurance industry is so behind. Disability and [health] insurance have not caught up,” he said, explaining the system is set up to assist elderly people who develop dementia but not those diagnosed in their 40s.

Gonzales said it can take five to 10 years to get a definitive diagnosis and another two years of wading through bureaucracy to start receiving disability payments.

He also found his condition was so rare, a support group didn’t even exist for people with early onset Alzheimer’s. So the Alzheimer’s Association set up a national one that now has about 10 members from other states.

Gonzales and his wife also decided to share their story to help people understand early onset Alzheimer’s as well as raise money to find treatments and, ultimately, a cure.

“There’s a high probability my kids have this,” Gonzales explained. “I don’t want this to happen to them.”

Gonzales believes his decision to “go public” has had a positive impact.

“I had one guy reach out to me from Oklahoma — he apparently caught the story online,” he said. “It prompted him to set up an appointment with his doctor.”

For all those reasons, Gonzales opted to join the Walk to End Alzheimer’s at Rotary Centennial Park on South College Drive.

“If I raise one dollar, if I save one person, it’s worth it,” he said.