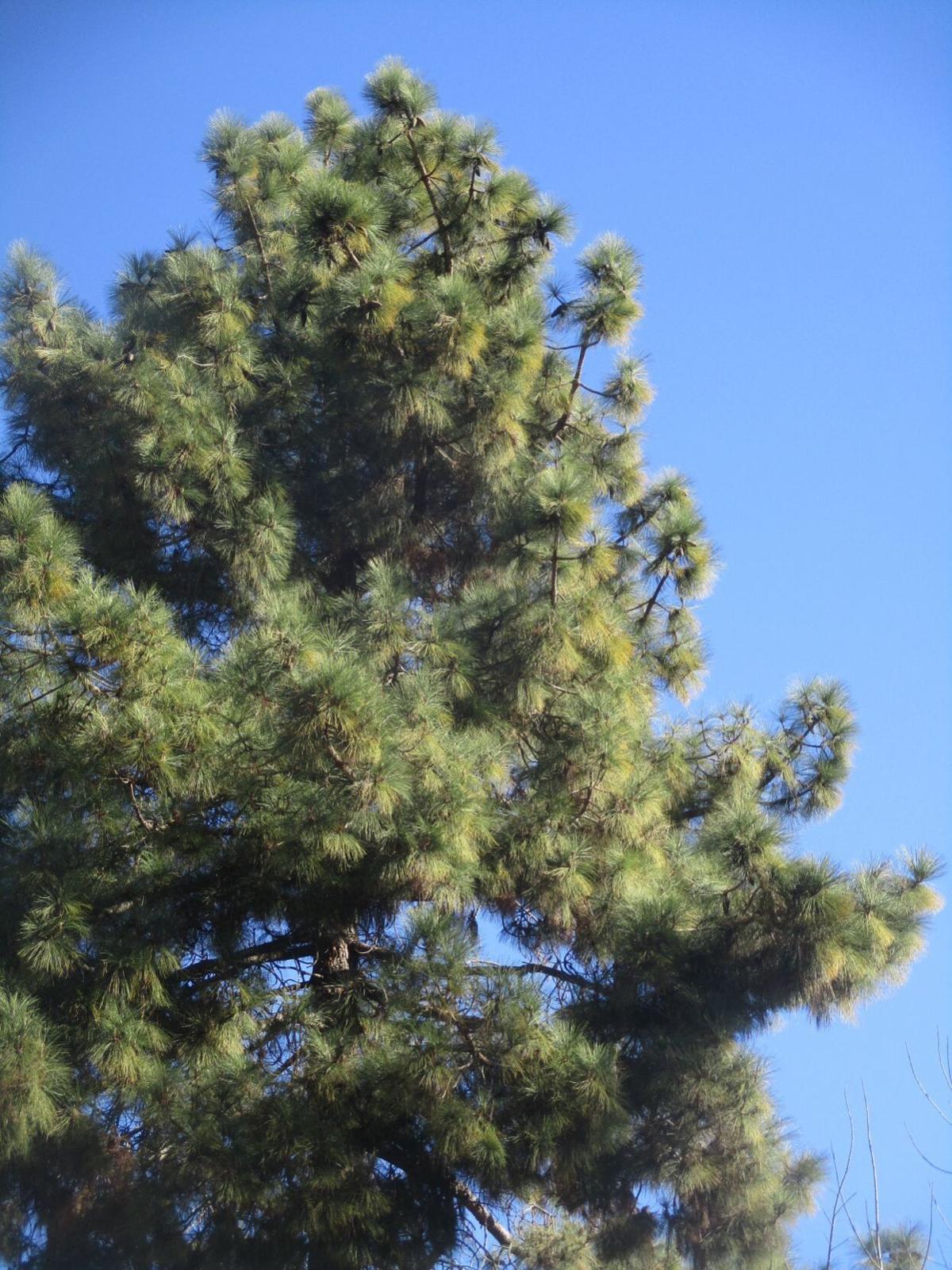 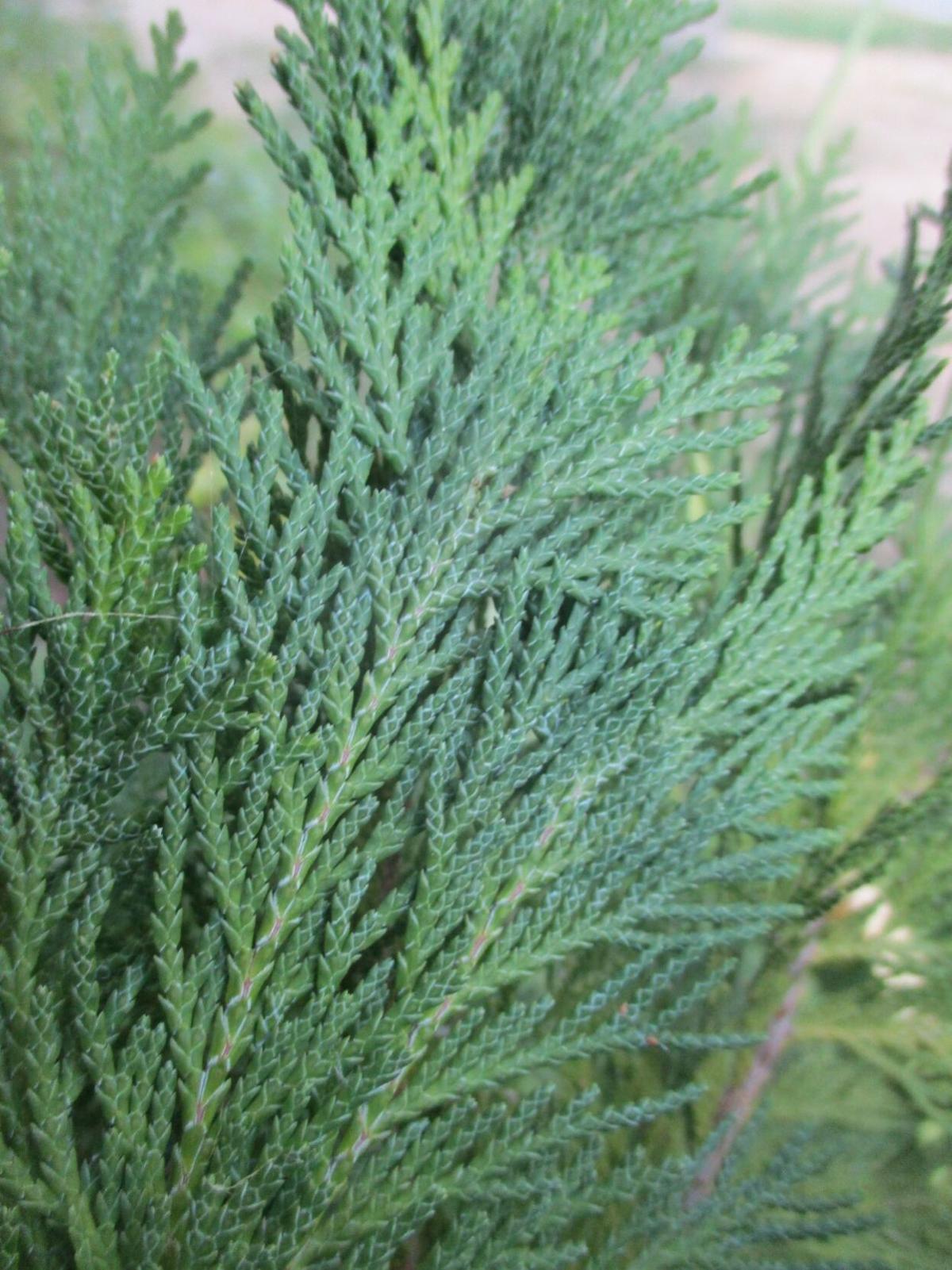 Cut foliage is a common ingredient of ready-made mixed bouquets. Bundles and individual stems of cut foliage are available with cut flowers from florists. Cut foliage is the primary component of most wreaths and garlands that are now so popular for Christmas décor. It is another horticultural commodity like cut flowers, bulbs or nursery stock. Cut foliage is like vegetables that no one eats.

Time and space are the only advantages of live Christmas tree production. As they grow, they occupy less space for less time. Obviously, cut Christmas trees need more space and time to grow. However, they do not consume proportionate quantities of water and fertilizers. Nor do they necessitate the consumption of the various plastics and synthetic potting media that potted trees need.

Regardless of the best intentions, few live Christmas trees come home for Christmas after their first. They often get too shabby through warm and dry summer weather to bring back in. The small and inexpensive sort with attached decorations rarely survive potted for more than a few months. If live Christmas trees were less perishable, their consumptive production could be more justified.

Whether they retire after a single Christmas or several, live Christmas trees must recover from previous shearing. Only dwarf Alberta spruce are naturally densely conical. Pruning other species to strict conical form is unnatural and disfiguring. As they recover, live Christmas trees need space to grow. Many, such as Italian stone pine and Canary Island pine, get far too big for urban gardens.

For spacious landscapes, Canary Island pine, Pinus canariensis, became more common than Monterey pine through the 1970s. New trees became less popular as old trees demonstrated how big they get! However, as seemingly docile live Christmas trees, they still often sneak into gardens that are not big enough for them. Their short blue juvenile needles suggest that they stay small.

They instead get quite tall. Old trees can get more than a hundred feet tall, even if their canopy gets no wider than twenty feet. Their rich brown bark is distinctively and coarsely textured. Their thin and long needles are somewhat pendulous, with a rather fluffy appearance. They are in bundles of three. Although individual trees are not very broad, their shade can get too dark for other plants.

Canary Island pine is a stately tree, but is not easy to accommodate. It produces copious foliar debris that can shade out lawn and ground cover, and accumulate on shrubbery. In unrefined areas, without other plants, foliar debris suppresses weeds. However, too much can be combustible. Such grand and resilient trees suit parks, and are ideal for freeway embankments and interchanges.

Are you looking to start a garden, upgrade your garden or maybe you need help with a complete overhaul. Our columnist Tony Tomeo has the knowledge that you need to make your neighbors, friends and family green with envy. See a new column online, or in print every week.

Forests lack gardeners. In the wild, there is no one to rake fallen leaves or blow them away. Foliage falls from trees and onto the ground, wh…

Fertilizer, in simple terms, helps plants grow. It provides a bit more of what growing plants crave. In some situations, it compensates for nu…

Tony Tomeo: Weather is all about climate

Weather has no thermostat. There is no automation. It is naturally variable. Weather is constantly changing like, well . . . the weather. We t…

Broccoli grows slowly from seed. Whether it goes directly into the garden, or into flats for later transplant, broccoli seed should get sown b…

Spring bulbs lack immediate gratification. They will, of course, justify their habitation of the garden as they bloom next spring. For now, th…

Many who enjoy gardening appreciate fragrant flowers. Many grow particular flowers specifically for their fragrance. Yet, not many consider wh…

Seed that is available in hardware stores and nurseries came from somewhere. Plants just like those that such seed grows into produced it. Som…

California native plants are logical options for the gardens and landscapes of California. It is only natural. They are already happy with the…

Those who enjoy gardening where winter weather is harsh likely know what sun scald is. It happens late in winter, if exposed bark warms enough…

With few exceptions, plants dislike confinement of their roots. They prefer to be in the ground where they can disperse roots freely. Housepla…

Bedding plants that go into the garden in spring are generally warm season or summer annuals. They should perform through summer until the wea…

Tony Tomeo: Nature gets too much credit

Vegetation make people feel closer to nature. It is, after all, what most of us expect to see out in the wild. Most vegetation that is observe…

Tony Tomeo: Rodents will never give up

None of the most problematic rodents here hibernate completely. Only ground squirrels hibernate, but they are rare, and tend to avoid home gar…

Weeding is not much fun. Some of us might enjoy the relaxing monotony of productive weeding. Realistically though, most of us would prefer to …

For centuries, fruit trees have been bred to produce unnaturally abundant and unnaturally big fruit. That has worked out well for those who en…

Average last frost dates remind us when it is safe to plant warm season vegetable and bedding plants, and prune or groom plants that are sensitive to frost.