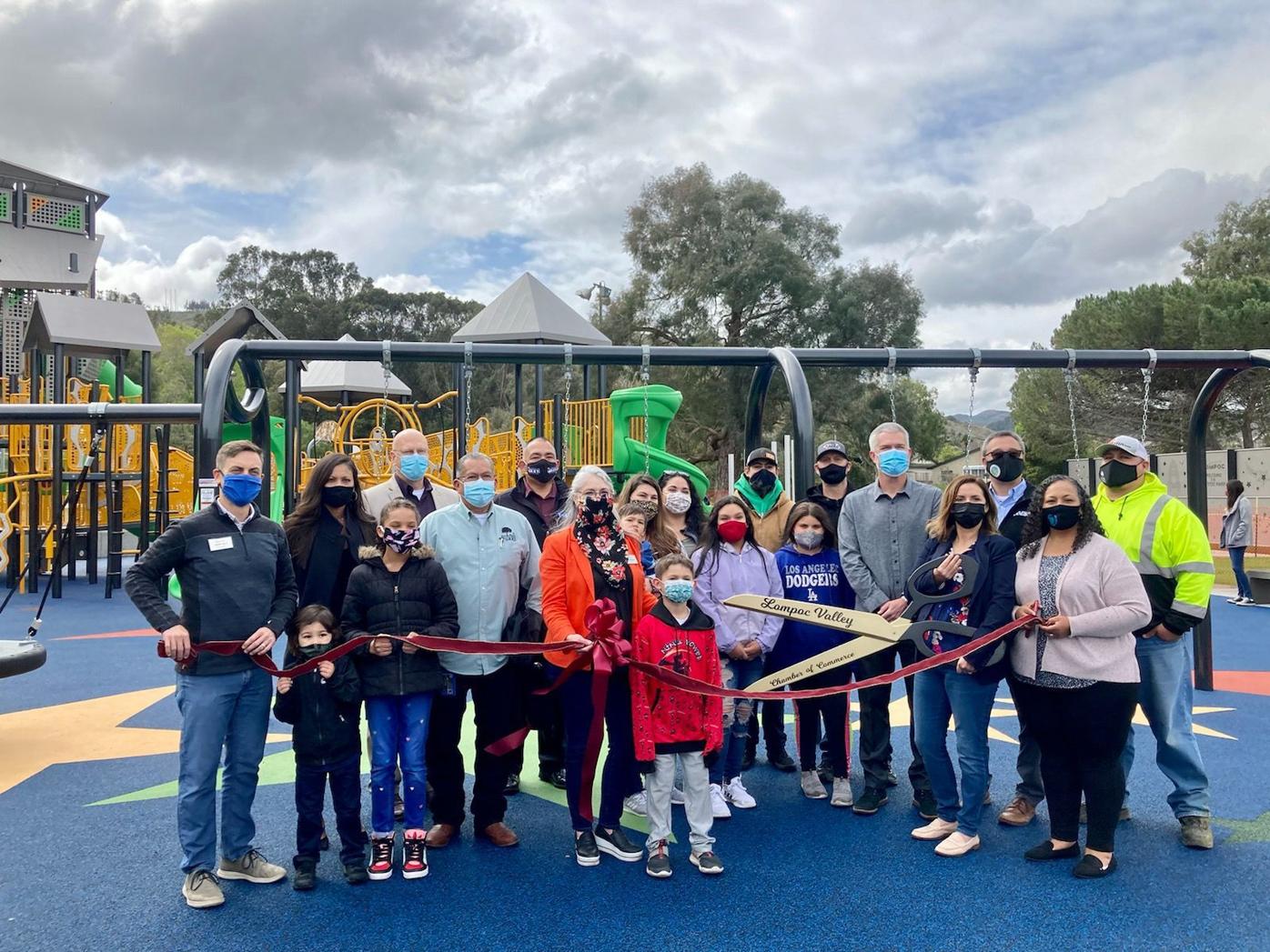 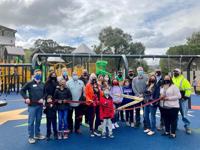 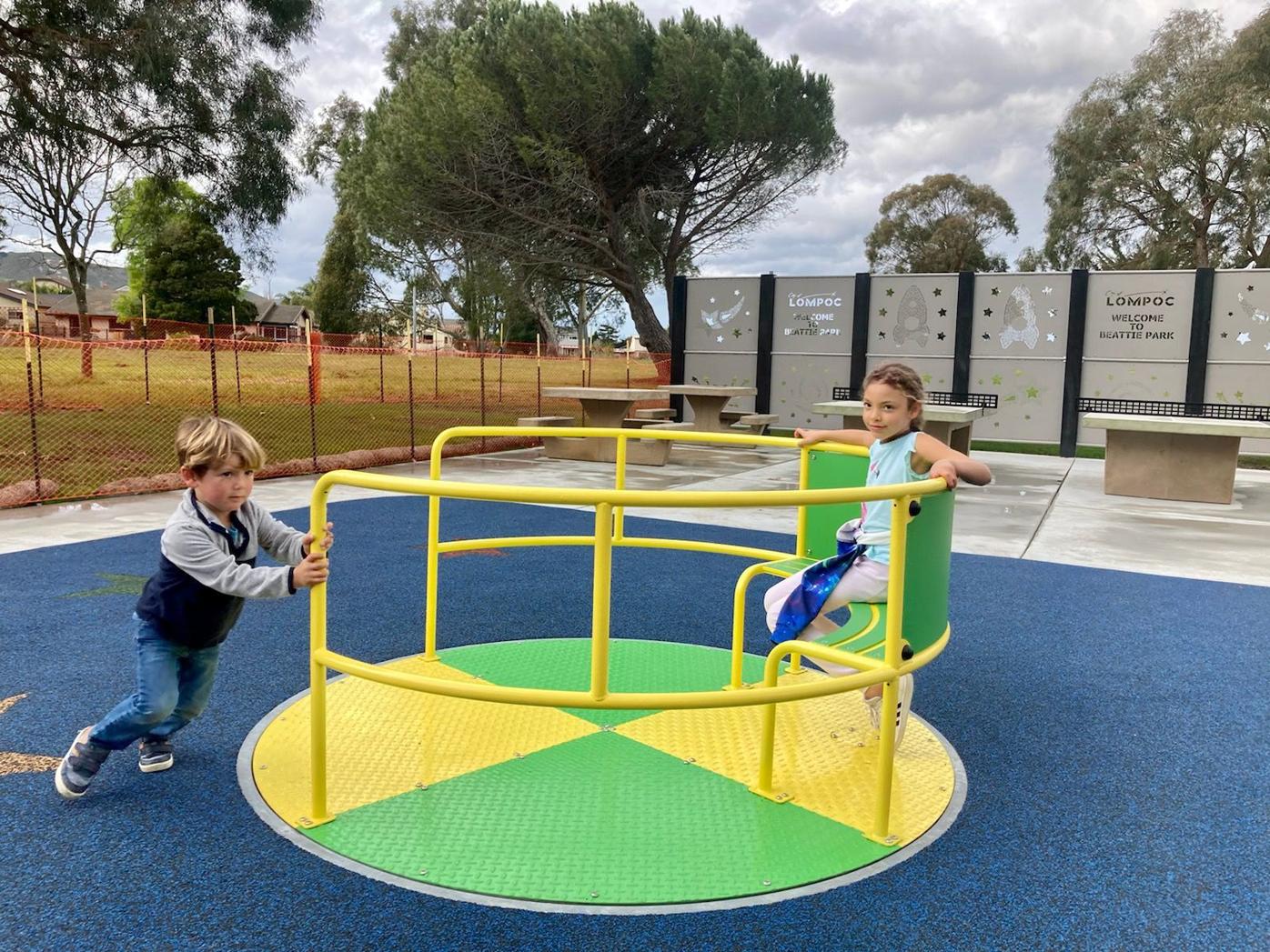 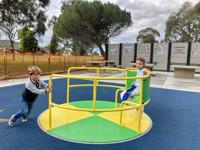 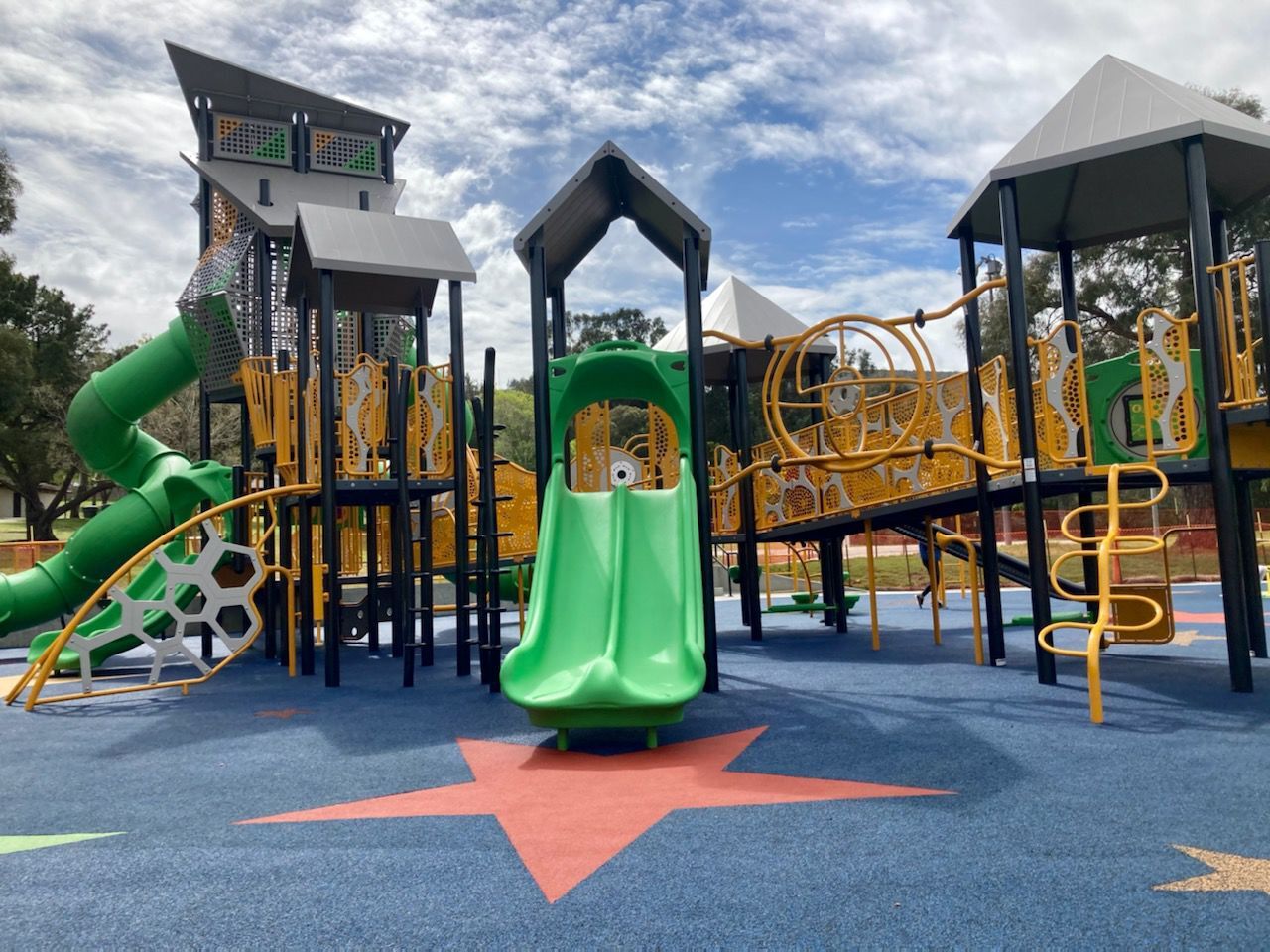 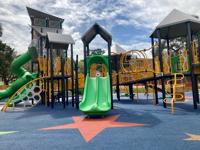 Lompoc's newest playground at Beattie Park was unveiled on March 3. 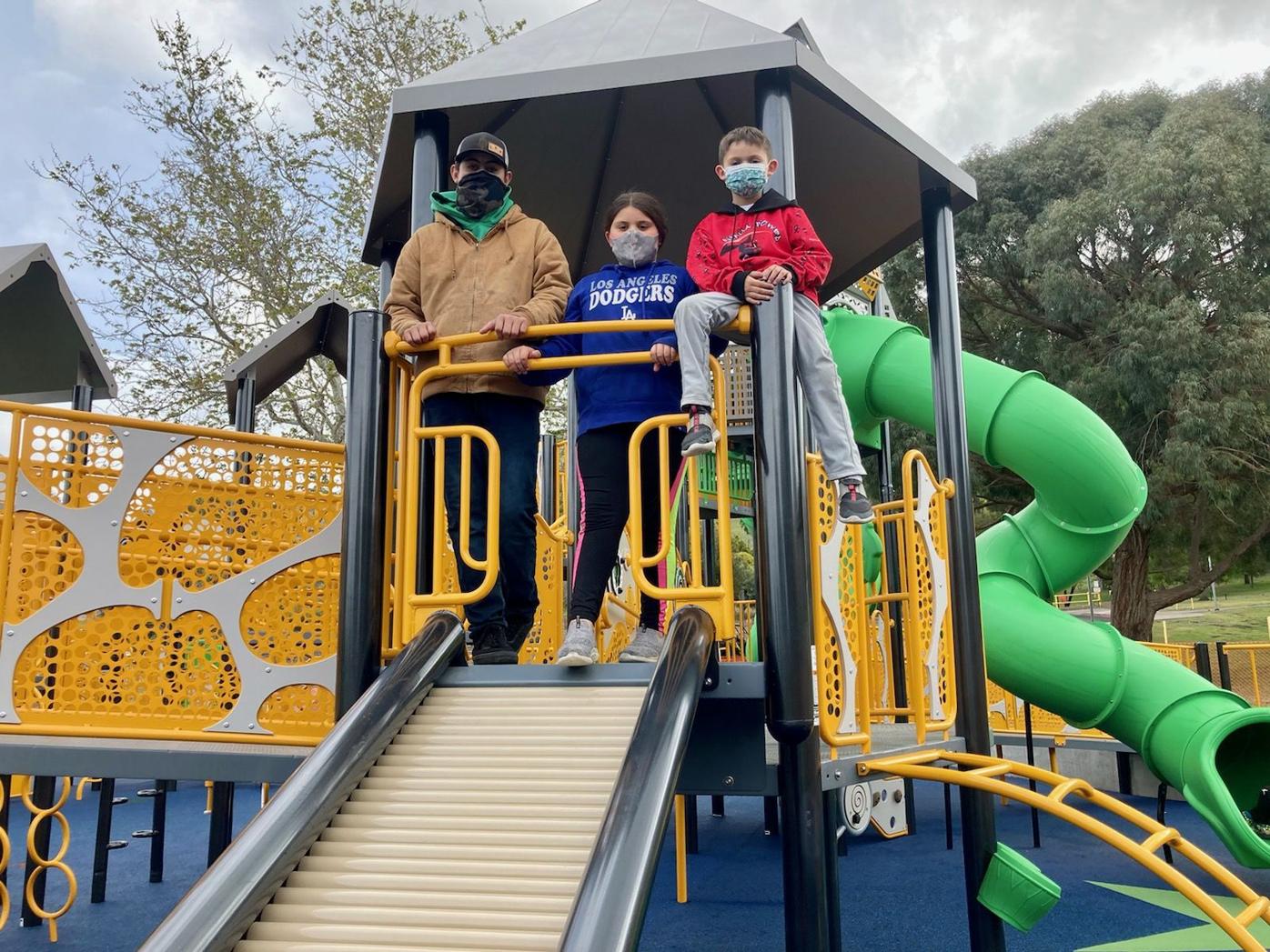 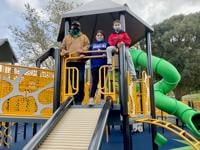 Despite clouds and sprinkles, Osborne was joined by members of the community — both big and small — council members and city staff at Beattie Park to celebrate the official opening of Lompoc's newest playground, considered to be the largest inclusive playground in Santa Barbara County.

City Manager Jim Throop addressed the group of attendees and recognized those who made the effort possible.

"I just want to give a quick shoutout to our community development department, our grant writing division, our building and planning division, the parks department and our recreation department that took over those plans for running this project," said Throop, adding an acknowledgment to playground designers and builders. "Also to Mario, a big shoutout; he took this on and ran the whole project himself. As you can see behind me, this is an incredible-looking park."

The project, which broke ground on Aug. 31 after the City Council in June approved a nearly $740,000 contract with Great Western Installations Inc., features an inclusive play area for children of all ability levels as well as an adult fitness section.

Among its characteristics, the playground includes a sensory wave climber accessible to children with disabilities, along with sensory panels, a roller slide and spiral tower slides. A portion of the playground area dedicated to children ages 2 to 5 has multiple slides and climbers.

The Parks and Recreation manager who led the project, Mario Guerrero Jr., said he is most proud of the playground's inclusivity, a feature becoming increasingly important throughout the playground industry.

"I think it's a need being recognized," he noted.

The overall playground area has an “inclusive whirl” accessible to a child in a mobility device, as well as an arch disk swing, and other swings for various age groups. It also showcases a lookout tower and an inclusive play space with ramps leading up to multilevel structures.

The playground has been named a Triple National Demonstration Site that meets stringent design standards in categories of inclusive playground design, youth play and adult fitness, according to officials, and will be added to a national playground registry accessible to families with special needs.

"We're super excited, especially with all of the restrictions that are being lifted," Guerrero said, "so the kids can come out and play and utilize all the different equipment. This is a total family park."

According to city officials, the park's design represents a culmination of ideas gathered from an online community survey conducted last April that garnered 645 responses.

Osborne noted that while it's been a challenging year coping with ongoing COVID-19 restrictions, she's excited the new playground will encourage more families to get outdoors and play while heeding posted signage informed by local and state health departments.

"Some of the most interesting [playgrounds] I've seen are the ones that are adult-sized where you can get on there with your kids — you can play with them," she said, recounting her travels with her husband which have included stops by centralized community parks. "I see lots of opportunities for adults to be kids with their kids for a little bit instead of standing and watching from a distance."

She credits success of the project to funding from Proposition 68 Per Capita program and collaboration between designers, builders, city staff and support from residents.

"This is an opportunity to get together, whether it's playing chess, working out or playing on the really fun equipment," said Osborne, adding that she, too, is a kid at heart. "In fact, as soon as it's dry, I look forward to slipping down that slide myself."

Dave Baker, chairman of Parks and Recreation Commission and founder of River Bend Bike Park, who was out with his three children, Raymond, Cameron and Aubrianna, explained that although his role in the project was minimal in comparison, he was proud to serve as an intermediary between city staff, council members and the public, getting out important information.

"It's a great thing for Lompoc," he said. "I think it'll get more people out recreating."

Baker's son Cameron, 14, said his favorite part of the playground is the fitness area while Aubrianna, 9, pointed to the multiple swingsets and merry-go-round.

Climbing up the equipment and sliding back down, 7-year-old Raymond excitedly announced his favorite part as "everything!"

The national “Change Your Clock, Change Your Battery” campaign urges people to change the batteries in their smoke alarms and carbon-monoxide detectors at least twice a year at the start and end of daylight savings time.