Goleta and Santa Ynez Valley libraries will host three virtual presentations in May as part of the ongoing Book to Action reading program centered around George Takei’s autobiographical memoir "They Called Us Enemy," which deals in themes of equity, diversity and inclusion.

The libraries announced that two of the virtual presentations will include firsthand experiences and family accounts of Japanese-American and German-American incarceration at detention centers across the country during World War II. The third presentation will feature artist Harmony Becker, who also is the illustrator behind Takei’s graphic novel.

The first presenter, June Aochi Berk, will speak at 3 p.m. Saturday, May 1, about “Camp Rohwer Memories.” Berk will discuss her family's incarceration when she was between the ages of 10 and 13 in the Rohwer Japanese-American relocation center in Arkansas.

Historical references reveal that between 1942 and 1945, more than 8,000 Japanese-Americans were interned in the 500-acre camp surrounded by armed guards and barbed wire, including Takei and his family.

A library spokeswoman said that during Berk's presentation, she will share her personal memories of that time, as well as the stories of other Japanese-American survivors of incarceration she has preserved via oral interviews.

Before retiring, Berk worked at the Japanese American National Museum, where she still volunteers today. She is active on many committees and boards.

The second presentation is slated for 3 p.m. Saturday, May 15, when Sigrid Toye will speak about “Tuna Canyon Detention Station, and the History of German-American Incarceration in the United States during World War II.” Part of her presentation is a short original film dramatizing the night her father was taken.

Further, Toye will share about her family’s experience during her father’s three-year absence at Tuna Canyon Detention Station. She also will cover a brief history of German-American incarceration during World War II, the spokeswoman said.

Toye is an educational and behavior therapist in private practice and holds a doctorate in clinical psychology. She currently writes for Voice Magazine and the Montecito Journal and volunteers in Santa Barbara.

According to the spokeswoman, Toye and Berk are both board members of the Tuna Canyon Detention Station Coalition, which memorializes the history and location of the facility and tells the stories of persons of Japanese, German and Italian ancestry from the U.S. and Latin America who were detained there.

Lastly, artist and illustrator Becker will be featured at 2 p.m. Saturday, May 22, to speak about creating her artwork in “They Called Us Enemy.”

The book, which brings to life Takei's childhood experiences as a Japanese-American who was forced from his home into an internment camp during World War II, was published by Top Shelf Productions in 2019.

Becker, who currently resides in Columbus, Ohio, also is the creator of the comics "Himawari Share," "Love Potion" and "Anemone and Catharus." She is a member of a multicultural family and has spent time living in South Korea and Japan.

Her work often deals with the theme of the language barrier and how it shapes people and their relationships, the spokeswoman said.

Links for all three presentations can be found on the events calendar at www.GoletaValleyLibrary.org.

For more information and a schedule of all virtual events, visit the Book to Action page at www.cityofgoleta.org/city-hall/goleta-valley-library/information/book-to-action.

Copies of Takei's book are available to borrow through the library catalog and as a free, instant-download eBook in English and Spanish from Hoopla, as well as on Overdrive, two of the library’s popular streaming and download services.

Local volunteers met from 8 a.m. to 2 p.m. for a day of fun and goodwill now permitted under state reopening guidelines. Prior to Sunday, occasional service by bike park board members as well as a workday organized by Hancock Fire Academy and a Boy Scout troop on Oct. 10 had provided the only maintenance.

Feel Good, age 69. Passed away April 29, 2021. Resident of Lompoc, Ca. Arrangements are under the direction of Dudley-Hoffman Mortuary, Cremat…

DEAR ABBY: My daughter received her tax refund recently. It amounted to $8,700. Approximately $5,000 is for overpaying on taxes. Approximately $3,000 is the child tax credit she receives for her two children. Her boyfriend, the father of the two boys, thinks he's entitled to some of her money.

DEAR ABBY: I just got engaged, and I couldn't be happier. But my fiance is referred to by the entire town as the "bad guy" because of his past. He's changed a lot, and I really want this to work out, but people come to me and say he's not marriage material, and they try to make us break up (one of his exes in particular).

Angel David Morales, age 21. Passed away April 25, 2021. Resident of Santa Maria, Ca. Arrangements are under the direction of Dudley-Hoffman M…

DEAR ABBY: My sister is a pathological liar who causes rifts between family members. She tries to turn us against each other. We must constantly check with each other to find out if what she has said about each of us is true. We can't understand why she's this way. None of the rest of us is. When I have asked her, "Why are you lying about me, us, etc.?" she tells me, "I did not lie." I think she believes her lies.

Phyllis Schorsch was a force to be reckoned with. She was a fiercely loyal defender of her family and her friends. Extremely energetic, always…

Todd Charles Eberhardt passed away at his home in Anchorage, Alaska on March 26, of natural causes. 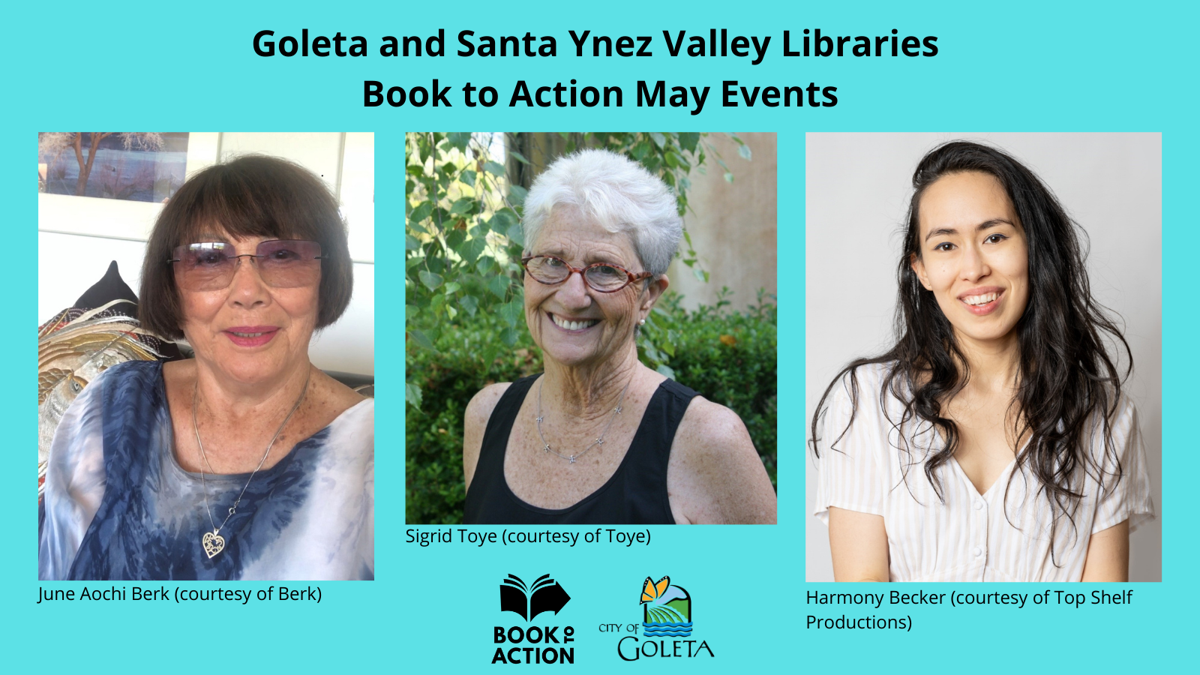 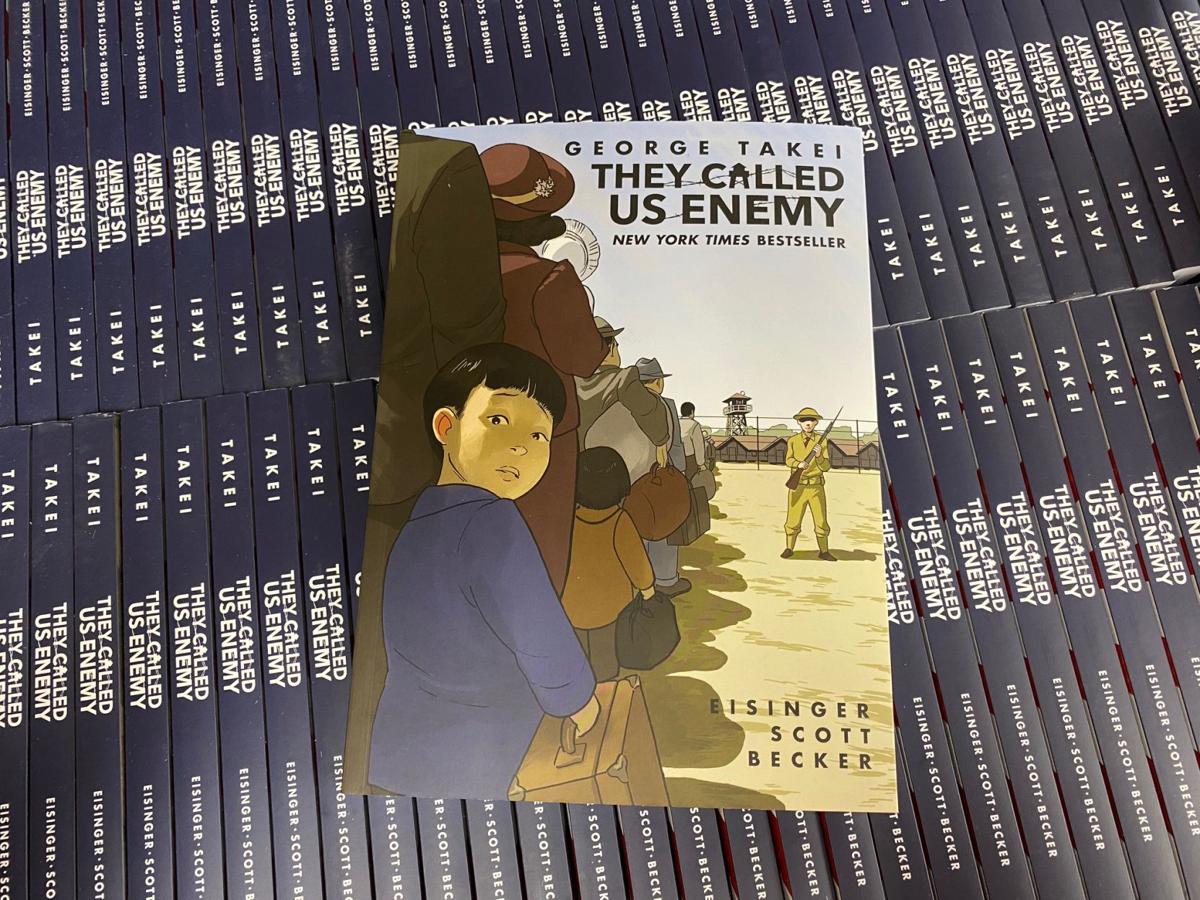 Goleta and Santa Ynez Valley libraries' Book to Action reading program around centers around George Takei’s autobiographical memoir "They Called Us Enemy," which deals in themes of equity, diversity and inclusion.