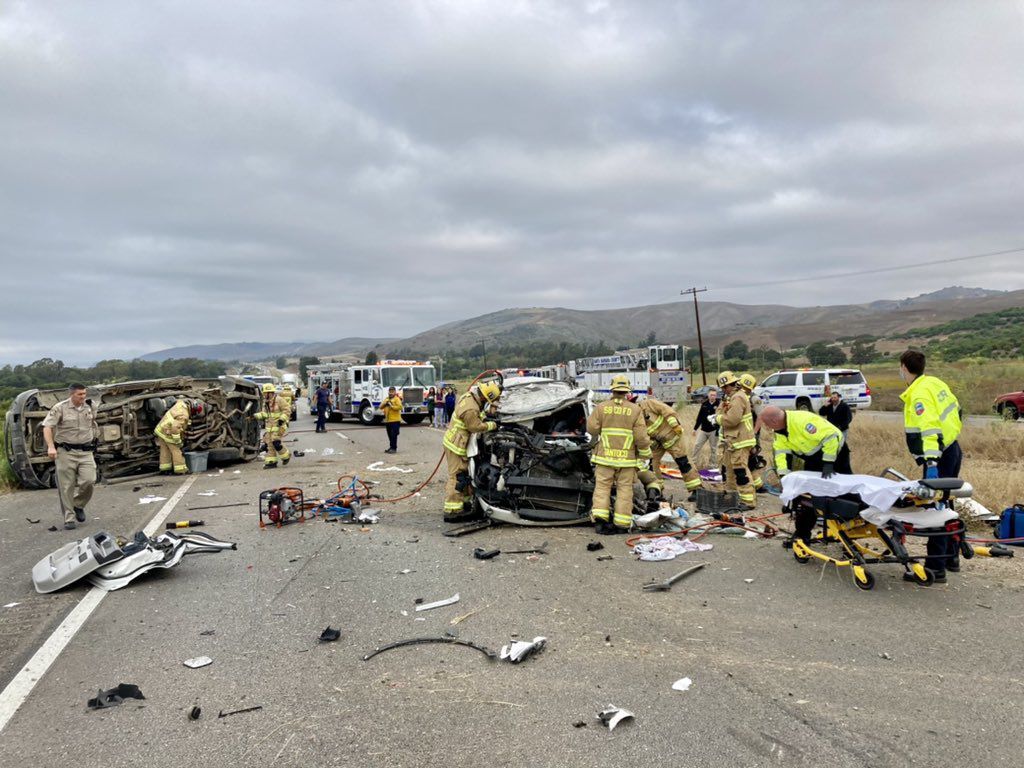 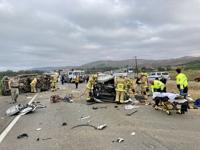 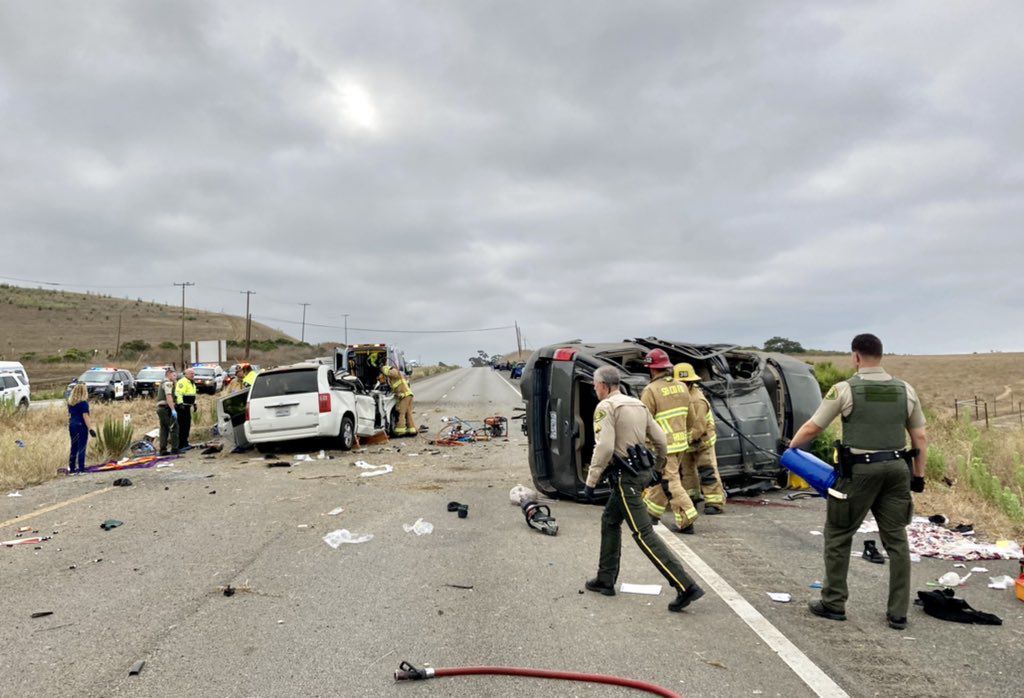 Two women from Santa Maria were killed and six other people injured Thursday in a multi-vehicle collision along Highway 101 near El Capitan State Beach that closed the freeway for several hours.

The crash occurred shortly before 8 a.m., when a 2003 Ford Expedition driven by a 29-year-old woman and carrying four passengers, who weren't identified but are from Santa Maria, collided with several vehicles as it crossed the north- and southbound lanes of Highway 101 for unknown reasons, according to California Highway Patrol Officer Shannon Sams.

The Expedition was traveling northbound at approximately 70 mph in the right-hand lane of Highway 101 when the collision occurred just south of El Capitan Ranch Road.

The Expedition's driver lost control of the vehicle, turned left and into the left-hand lane, colliding with the passenger front side of a 2017 Ford F-450, driven by 65-year-old Michael Hebert, of Newhall, according to Sams.

Hebert and his four passengers -- identified as 59-year-old Leslie Hebert, 18-year-old Melody Liu of San Marino, 18-year-old I. Nicolas-Talavera, of Los Angeles, and a 15-year-old female juvenile from Glendale -- were not injured.

The Expedition continued across the left-hand lane and through the median, which propelled the SUV into the southbound lanes of Highway 101 as several vehicles approached. It then collided with a 2017 Honda Accord, driven by 31-year-old John Lopez III, of Lompoc, and a 2010 Dodge Grand Caravan, driven by a 23-year-old Lompoc woman whose name was not released.

The Grand Caravan's driver sustained major injuries and was treated at Satna Barbara Cottage Hospital, according to Sams. Lopez and his two passengers, 28-year-old Daniel Motley and 36-year-old Fabian Castillo, both from Lompoc, sustained minor injuries in the collision and were treated at the scene.

After colliding with the Caravan and Accord, the Expedition overturned onto its right side and continued to the left across both southbound lanes of Highway 101, according to Sams.

A 2017 Chevy Bolt driven by 50-year-old Sharon Shields, of Buellton and a 2017 Toyota Tundra pickup truck driven by 38-year-old Kyle Brito, of Orcutt, swerved to the right as they came upon the Expedition in an attempt to avoid a collision, although the Bolt collided with the SUV.

Debris from the collision between the Bolt and the Expedition struck the Tundra, causing damage to the truck, before the Expedition finally came to rest facing in a southerly direction and partially blocking the right-hand southbound lane, according to Sams.

The Caravan was disabled in the collision and came to rest on all four of its tires facing east and blocking the southbound lanes.

Extensive extrication was required to remove the passengers from the Caravan and Expedition, according to Santa Barbara County Fire Department spokesman Mike Eliason.

Two female passengers in the Expedition, who were not identified but are from Santa Maria, sustained major injuries in the collision and were pronounced dead at the scene by American Medical Response personnel, according to Sams.

The Expedition's driver and a male and female passenger sustained major to moderate injuries in the crash, and were transported to Santa Barbara Cottage Hospital.

Both lanes of southbound Highway 101 were closed near El Capitan Ranch Road shortly after 9 a.m., although the lanes reopened shortly before 1 p.m., according to Caltrans and CHP officials.

The Santa Barbara County Sheriff's Office assisted the California Highway Patrol, which is investigating the cause of the crash.

Highway 101 was the deadliest road in Santa Barbara County between 2010 and 2018, and nearly one-third of all fatal automobile collisions in the county involved alcohol, according to data from the National Highway Traffic Safety Administration.