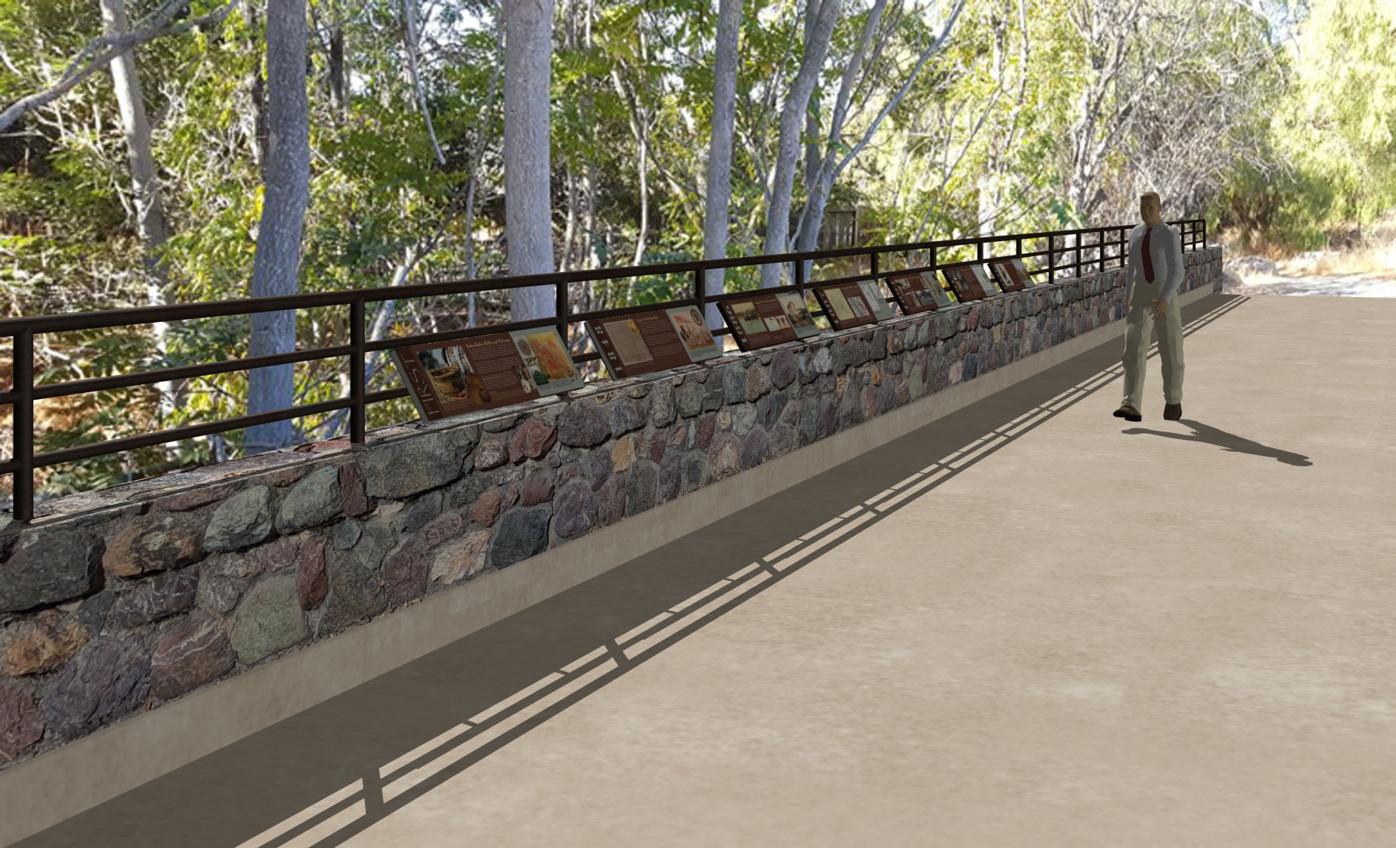 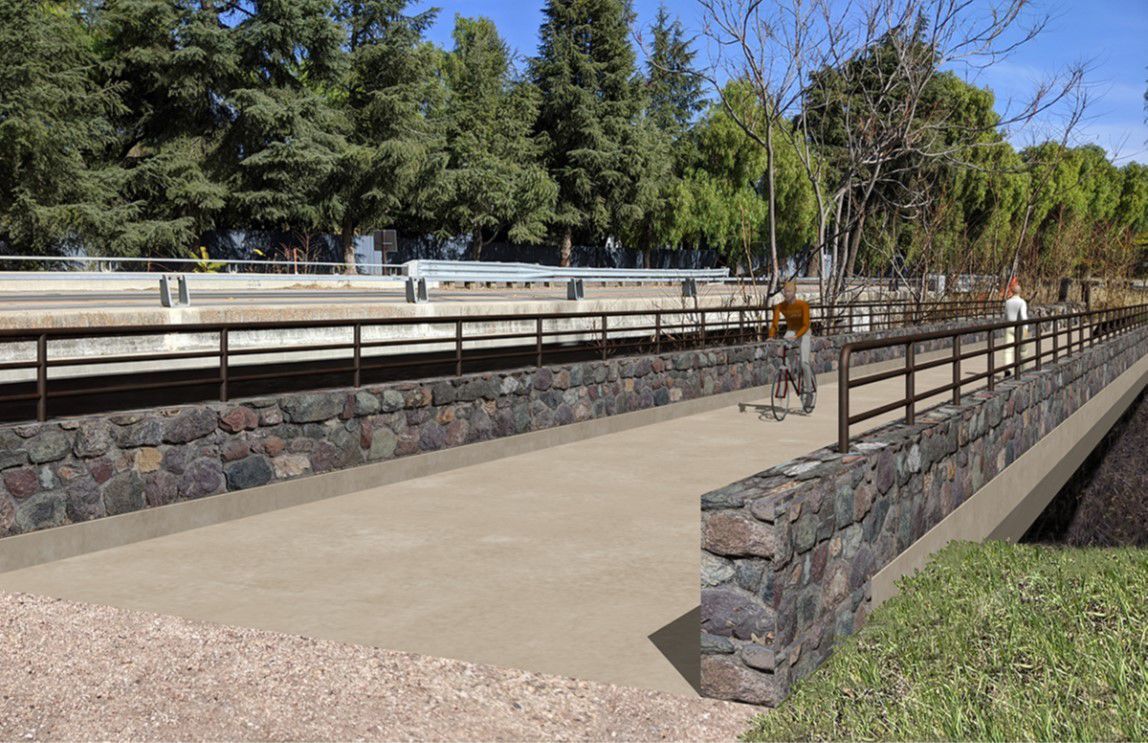 A $3.8 million project to replace the Alamo Pintado Creek pedestrian bridge, which runs alongside Highway 154 between Foxen Canyon Road and Railway Avenue in Los Olivos, is estimated to be completed by the winter of 2024. Above is a rendering of the project.

Efforts to finalize design plans on the historic Alamo Pintado Creek pedestrian bridge in Los Olivos are now underway, with construction estimated to begin in the spring of 2023 and wrap up in the winter of 2024, according to Caltrans.

On Sept. 13, Caltrans District 5 officials hosted a virtual public webinar and presented an overview of the proposed $3.8 million construction project which aims to tear down the 109-year-old bridge and replace it with a new one.

The old bridge, which runs alongside Highway 154 between Foxen Canyon Road and Railway Avenue in Los Olivos, was built in 1912 and has over the years become a safety concern due to a risk of substructure failure.

The informational meeting served as "a follow-up with the community to let them know that we had listened carefully to their previous public comments requesting that we do more to capture the historic charm of the existing bridge in our new design," said Corby Kilmer, Caltrans District 5 development designer and acting landscape architect for the project.

Aesthetic improvements made to the project include the use of salvaged stone from the demolished bridge, rustic metal railing featuring visual interpretive displays, and the use of earth tones for the concrete decking.

Further, attending community members — many of whom use the aging bridge on a daily basis — were informed that the existing structure would be extensively documented in photographs for inclusion in interpretive displays that will be mounted on the railing of the new bridge.

Additionally, all existing stone will be salvaged for reuse prior to construction, Kilmer said.

"The improved design seemed very well received by those that attended the meeting," she noted.

In addition to replacement of the pedestrian bridge, plans include removal of a retaining wall and installation of rock slope protection to safeguard the channel banks from erosion.

The underlying creek bed also will be restored, with the addition of special rock landscaping and the planting of cottonwood, arroyo willow and sycamore trees.

Of the three alternatives that were previously under consideration — including retrofitting the failing structure or totally eliminating it, which was met with resistance by residents — Caltrans analyzed and reported that a total replacement of the old bridge was more fiscally sound and ultimately safer for long-term pedestrian usage.

The existing bridge, which stands at 92 feet long by 28 feet wide and spans the Alamo Pintado Creek, would be replaced with a new single-span concrete bridge measuring 115 feet in length, 16 feet in width and 4 feet in depth.

Kilmer said between now and the start of construction, Caltrans officials will finalize plans and send out the project for construction bids.

The project is covered by federal and state funding, with an allocation amount yet to be determined by the California Transportation Commission.

The community is invited to contribute design ideas for the interpretive bridge displays, as well as get involved in the ongoing maintenance of the bridge by emailing landscape architect Corby Kilmer at corby.kilmer@dot.ca.gov