Back on track: Lompoc dog shows set to return to Ryon Park in July
Share this
× 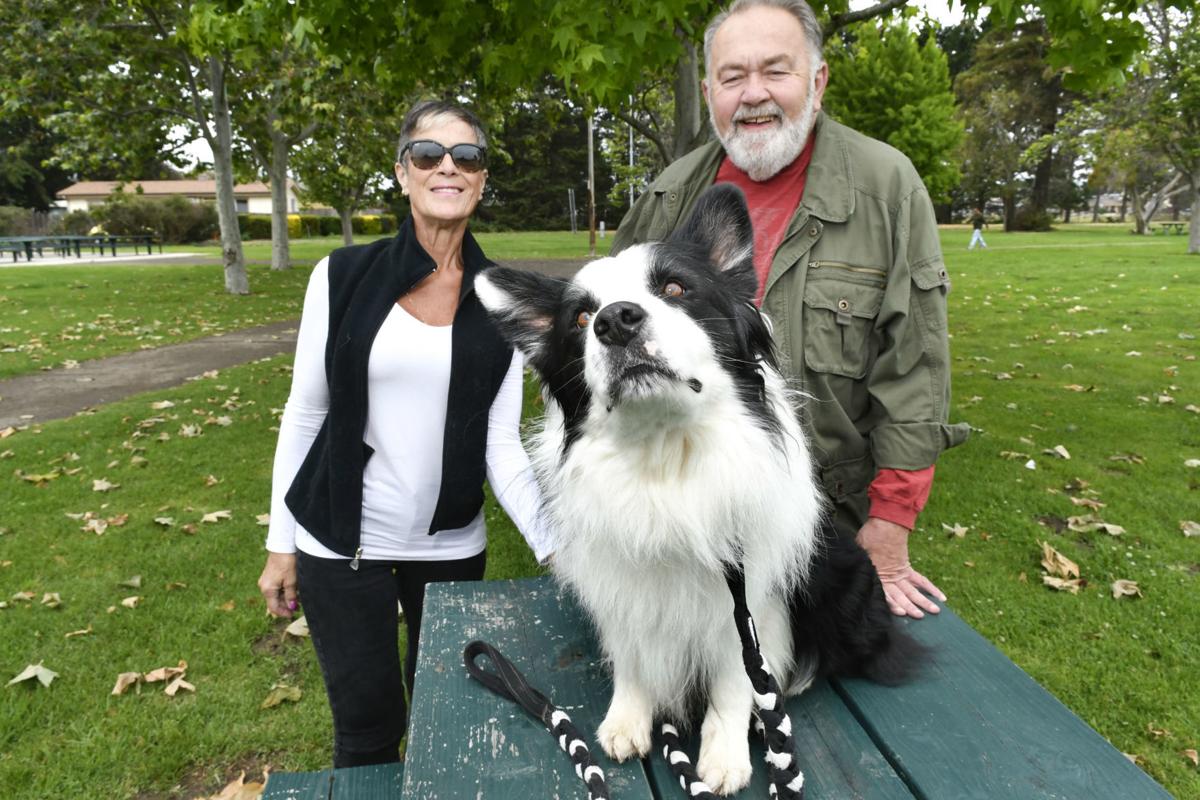 Border Collie Raylan (also known in the dog show world as CH Holther’s Justified), takes a look around Ryon Park on Tuesday with Lompoc Valley Kennel Club dog show organizers Beth Bailey and Terry Bearman. The dog shows will be back after a year off, starting July 25. 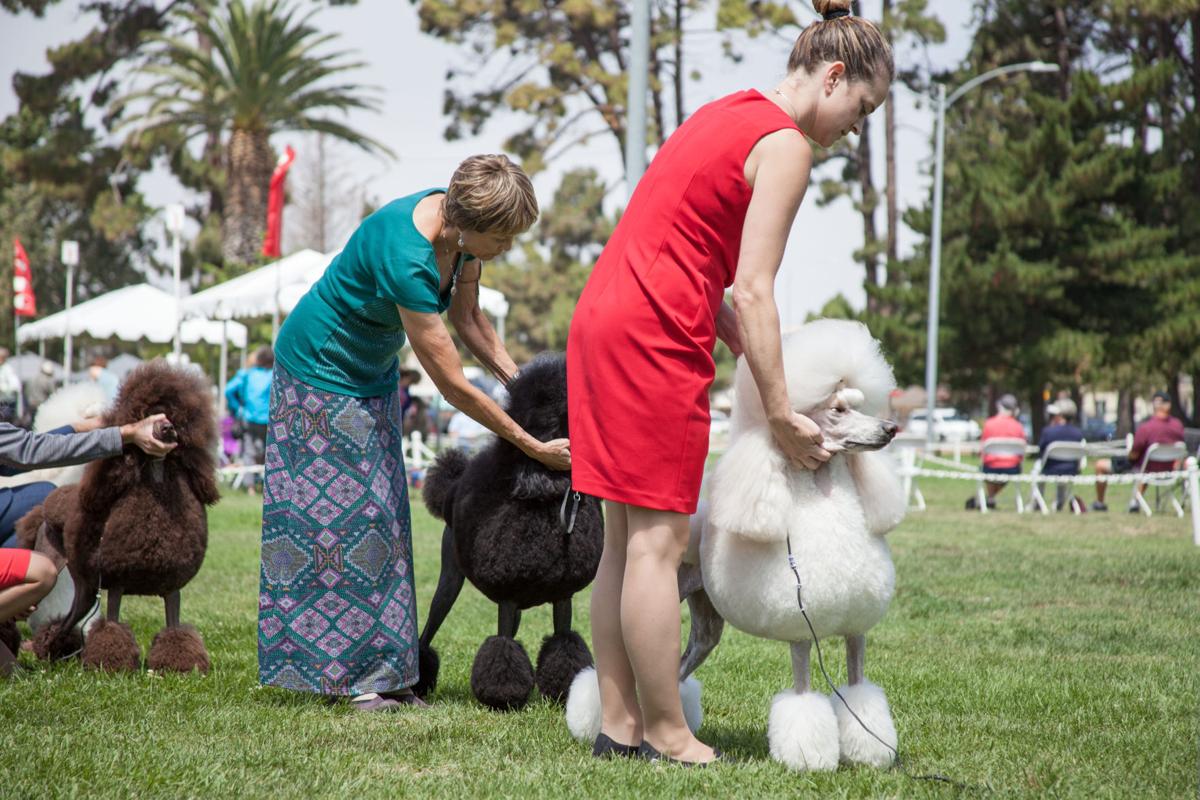 In this July 29, 2017, file photo, poodles line up to be judged at the Lompoc Valley Kennel Club all-breed dog show at Ryon Park.

A year after getting canceled for the first time in 43 years, the Lompoc Valley Kennel Club’s dog shows will return to Ryon Park this summer for what organizers are hoping is a rebirth of one of the Lompoc Valley’s longest-running events.

The shows are scheduled to take place over four days from Thursday, July 25, through Sunday, July 28.

The event will retain a lot of the same aspects as in past years, but the 2019 edition also will usher in new features aimed at increasing participation.

Those will include the return of the obedience and rally competitions, a new “pee wee” event for children to try their hand at dog showing, and a public art contest in which the winning piece will be featured on the cover of this year’s event program.

Terry Bearman, president of the Lompoc Valley Kennel Club, acknowledged that some of the issues that led to the 2018 cancellation are still present, but he said the new membership makeup of the club has him feeling “very optimistic” about the event’s future.

To pick up a canvas, or for more information regarding the art competition, contact Dana Litzinger at 805-588-0428 or Beth Bailey at LVKC.Secretary@gmail.com.

Anyone interested in volunteering to help with the dog shows or becoming a member of the kennel club is also encouraged to contact Bailey at the above email address.

“Everybody has been very interested in if we’re coming back and how we’re doing, so there’s been a lot of interest; it’s not like we’ve been forgotten at all,” Bearman said this week.

“Lompoc is a very favored show and once we are back on track and get things going how they should be again, we should be fine.

Two of the biggest reasons cited for last year’s cancellation were the conditions at Ryon Park — particularly the many gopher holes that could injure dogs and handlers — and the dwindling membership within the Lompoc Valley Kennel Club.

Bearman, who is the last remaining original member of the club, acknowledged that the gopher holes still are problematic, but he said event organizers are working with the city and plan to fill the holes with sand leading up to and during the shows.

As for the membership issue, Bearman noted that he and his fellow club members were able to find new people and get the finances in place to restart the shows, albeit with a stricter budget.

The goal for this year, he said, is to get at least 650 dogs entered.

'Not in the cards': Lompoc dog shows called off this summer, organizers hopeful for 2019 return

Over the past 43 years, one of the few constants within the Lompoc Valley has been the arrival of hundreds — sometimes thousands — of dogs for…

“They’ve been working very hard with me to get this club going again, so I owe them all a bunch of appreciation,” Bearman said of his fellow kennel club members.

The obedience and rally competitions will be the first for the Lompoc dog shows in nearly two decades.

The events were phased out due to a lack of interest from within the club about 20 years ago.

That interest has not only regenerated within the club, according to event organizers, but the competitions have also grown in popularity at shows around the country.

“People are very interested in not only seeing the beautiful dogs but, also, seeing them perform and behave and seeing the kinds of things they can do,” said Beth Bailey, secretary of the Lompoc Valley Kennel Club.

“We’re trying to incorporate whatever we can into this show to get people interested,” she added.

A gopher hole is shown at Lompoc's Ryon Park on Tuesday.

The “pee wee” event is another example of that effort.

That first-time exhibition, scheduled for 6 p.m. Saturday, July 27, will allow for children to show dogs, whether the animal is their pet or borrowed from a friend or family member.

The dogs do not need to be registered with the American Kennel Club, and the show organizers will even offer stuffed dogs for those who don’t have a dog.

“It will give the youngsters a chance to see if maybe one day they might be interested in [showing dogs],” Bearman said.

The painting contest for the program cover, which is also serving as a fundraiser for the Lompoc Valley Kennel Club, is taking place this month.

The club is seeking “an exciting piece of original artwork that showcases either a single dog or multiple dogs at work, rest, or play,” according to a call to artists put out by the club.

The contest, which has a $20 entry fee, is open to the public with no age restrictions, and the style of painting is up to the artist.

The deadline to submit artwork is Friday, May 31.

The winner will be chosen by the club members, but all of the paintings will be included in a public exhibition in the front windows at South Side Coffee Company during July.

"The dog show has contributed to the local economy for decades in many ways; from filling hotel rooms and restaurants to purchasing fuel, dog supplies and even bottles of wine during the week the event is here," she said Tuesday.

"The benefits to the city are increased hotel and sales tax revenue as well as improving the quality of life for our residents and employees, so it is vital to the community," she said. "And it’s a fun and unique experience for all."

Bailey, a dog show veteran, said she was looking forward to beginning this new era for the Lompoc Valley Kennel Club.

“This whole show for many, many years has been something that’s so looked forward to by a lot of people all over the country because this is such a beautiful area and such an awesome venue and the people in the city are kind and look forward to having the 'dog people' here,” she said.

“I’m excited,” she added. “We’re going to probably start on a reasonable-sized scale and see if we can build it up to its former glory. I’m very optimistic.”

The Lompoc City Council on Wednesday night inched closer to adopting a budget that could see significant staffing cuts, including some within public safety departments. During a lengthy — and at times contentious — public workshop, the City Council voted unanimously to direct staff to develop a draft of the 2019-21 biennial budget that includes several positions either left as unfilled or eliminated altogether and with no hypothetical revenue from a sales tax increase taken into account.

Lompoc officials seeking input on how to improve parks

The city of Lompoc Recreation and Parks divisions are seeking public input as they begin applying for Proposition 68 state grant funding to improve and develop several projects at Pioneer Park and Johns-Manville Park, the city announced Friday.

Lompoc’s annual Old Town Market series will once again take over the 100 block of South H Street from 5 to 8 p.m. Friday, July 5. The series will continue with events during that same three-hour block each Friday through Aug. 16. This Friday’s festivities will include the return of the free Family Dog Show, an event in which community members can bring their dogs to show off their talents and compete for prizes.

The Lompoc Valley Kennel Club's annual dog shows will return this week to Ryon Park, where they will kick off with specialty shows on Thursday and Friday and then wrap up with all-breed shows and the return of obedience and rally trials on Saturday and Sunday. This week’s competitions will represent a comeback for the Lompoc shows, which were canceled last year for the first time in the event’s 43-year history.

Lompoc dog shows off to strong start in return; event to continue through Sunday

Specialty shows by the Irish Wolfhound Association of the West Coast on Thursday kicked off the first set of Lompoc dog shows since 2017. The event will continue with specialty shows featuring wolfhounds and salukis on Friday, and then the larger all-breed shows put on by the Lompoc Valley Kennel Club will be held on Saturday and Sunday.

After a pair of specialty shows on Thursday and Friday, the Lompoc Valley Kennel Club’s all-breed dog shows kicked off on Saturday, alongside the return of obedience and rally trials after a 20-year hiatus and an all-new children’s competition. More than 600 dogs were slated to participate in the all-breed contests that are scheduled to continue through Sunday.

Border Collie Raylan (also known in the dog show world as CH Holther’s Justified), takes a look around Ryon Park on Tuesday with Lompoc Valley Kennel Club dog show organizers Beth Bailey and Terry Bearman. The dog shows will be back after a year off, starting July 25.

In this July 29, 2017, file photo, poodles line up to be judged at the Lompoc Valley Kennel Club all-breed dog show at Ryon Park. 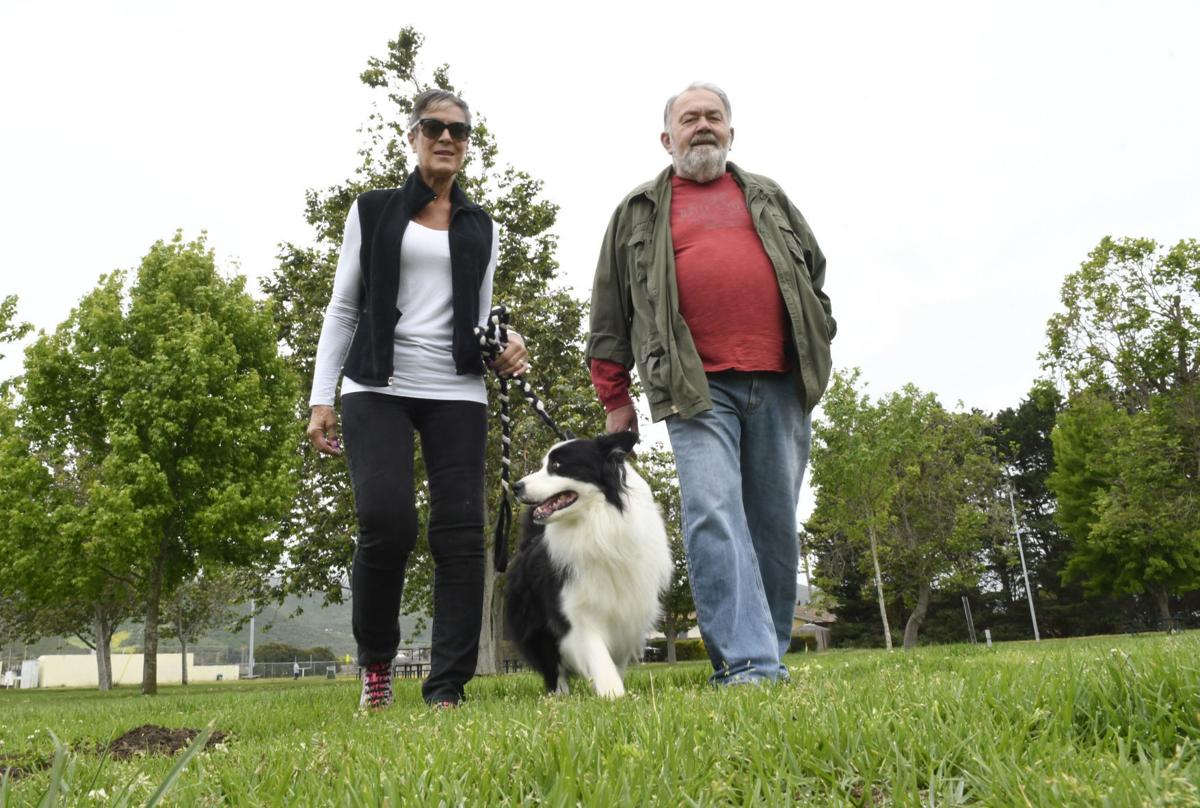 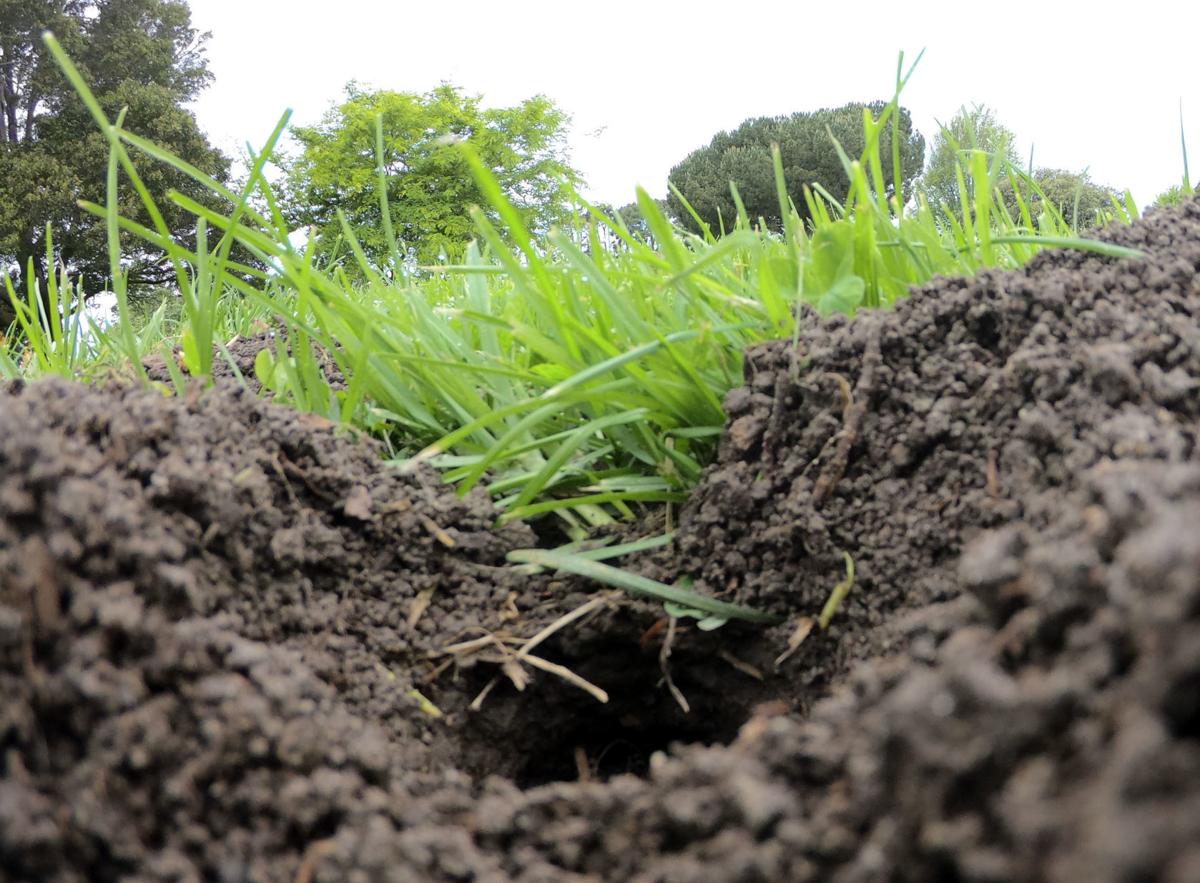 A gopher hole is shown at Lompoc's Ryon Park on Tuesday.