The family-friendly musical takes place in a magical kingdom beneath the sea, where a beautiful young mermaid, Ariel, longs to leave her ocean home to live in the world above. The show is full of colorful sets and costumes, songs and dance numbers.

All performances will take place in the Cabrillo High School Little Theater, located at 4350 Constellation Road. Doors will open 30 minutes before showtime.

The March 9 matinee will also feature a “meet and greet” and photo opportunity with cast members in their costumes after the show.

“The Little Mermaid” is produced by Cabrillo Choir and Theater teacher Jennifer Peterson. The show is directed by Rebecca Jones with technical direction by Lara Schmeiser.

A recent Broadway hit musical, “The Little Mermaid” tells the story of Ariel (played by Daniela Jacobson), who longs to live in the world above, but faces the dilemma of leaving her ocean home — and her fins — behind in order to do so.

First, she will have to defy her father, King Triton (Griffin Hanson), and then make a deal with the evil sea witch Ursula (Tabitha Maikrez), and finally convince the handsome Prince Eric (Danan Pacheco) that she's the girl whose enchanting voice he's been seeking. But the bargain is not what it seems. Ariel needs the help of her ocean friends: Sebastian the crab (Joshua Tulier), Flounder the fish (Fiona Tarepe) and Scuttle the seagull (Ethan Martin), as she embarks on an adventure to make her dream come true.

The show will include the classic Disney songs “Part of Your World,” “Under the Sea,” “Kiss the Girl” and “Poor Unfortunate Souls.”

It expands the story with new songs by Oscar-winning Disney composer Alan Menken, who worked on “Beauty and the Beast” and “Aladdin.”

Tickets for the Cabrillo shows are $10 presale and $15 at the door. They are on sale now at Wild West Pizza (1137 North H St.), Lompoc Valley Florist (1026 North H St.) and the Cabrillo High Activities Office (4350 Constellation Road).

More than two dozen Lompoc residents, many with signs expressing displeasure with fireworks, rallied outside City Hall ahead of Tuesday night’s meeting of the City Council. Once the meeting began, most of them filed inside to voice their concerns and call on the governing body to ramp up enforcement of fireworks violations and to reintroduce a complete ban on all fireworks in the city. 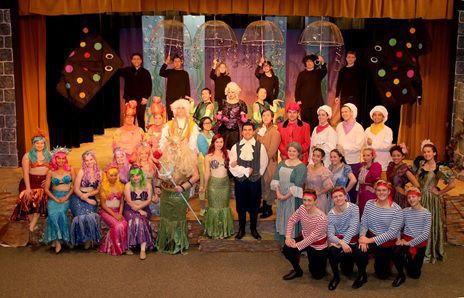 The cast of Cabrillo High School's production of "The Little Mermaid," which will open at 7 p.m. Friday, March 1, at the school's Little Theater. 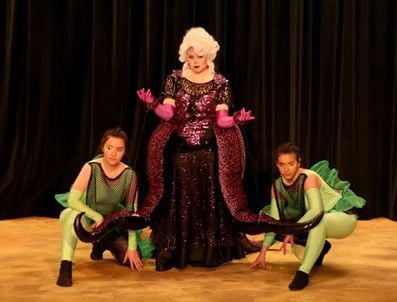 Ursula the Sea Witch (played by Tabitha Maikrzek) plots with her eels (Emily Rich and Savanah Grieser) to get back at King Triton in Cabrillo High School's production of "The Little Mermaid," which will open Friday night.