Editor's note: This is one in a series of two profiles on the candidates running for the 24th Congressional District seat in the Nov. 3 election.

Solving the farm labor shortage, bringing in renewable energy projects that provide jobs and creating more affordable housing are among the Central Coast issues Salud Carbajal plans to focus on if he’s re-elected to the 24th Congressional District seat in the Nov. 3 general election.

He also wants to make sure Vandenberg Air Force Base is in the running for Space Force command headquarters.

But he said the COVID-19 pandemic is the No. 1 crisis facing Americans today, and it tops the list of national priorities for the incumbent Democrat who’s being challenged for his seat by Republican Andy Caldwell.

He’s highly critical of the Trump administration’s handling of the COVID-19 pandemic and said the president has divided rather than united the country on that and other issues.

He said climate change is a contributing factor in increasingly devastating wildfires in the western United States, and that dealing with that change is another of his top national issues, along with preserving the Affordable Care Act and reforming the tax code, which he said can put the brakes on the skyrocketing national debt.

Carbajal also points to bills he’s helped push forward and his votes on providing financial relief to those hurt by the pandemic and increasing resources for fighting wildfires to support his plans for another term.

Carbajal believes the Trump administration blew its response to the coronavirus, saying “our president was, I think, purposely misleading the American people, that he was in denial, and he delayed a lot of things that we could have done for the country — whether it’s wearing masks, whether it’s putting in place the Defense Production Act to produce more [personal protection equipment], more face masks, more respirators.”

But he said the president’s slow response had a silver lining in that it pressed Congress to come together in a bipartisan effort to put forward four economic relief packages for individuals, families, businesses and institutions like hospitals.

He said a fifth economic relief package passed four months ago by the House stalled because the Senate wouldn’t act on it.

Carbajal said negotiations on a new economic proposal stalled, but the bipartisan Problem Solvers Caucus he belongs to is trying to jump start negotiations again with a $1.5 trillion proposal for economic relief.

He said more assistance is needed for the unemployed, to help local governments and agricultural businesses.

“We need to do a lot more for our schools to make sure they can safely open in the future,” Carbajal said, adding that without more support, the situation will be exacerbated and there will be more loss of life.

“We need to come up with a package,” he said. “Failure is not an option.”

The government must work with the U.S. Centers for Disease Control and state and local public health officials to creatively protect public health so private sectors can reopen safely and get the economy moving.

“But what we don’t need is polarizing the COVID-19 pandemic,” he said. “We don’t need to polarize wearing masks, social distancing, testing, tracing and treatment. What we need to do is work together and come together as a nation, as states and communities, to be able to put forth a plan that we can all work towards and get to that finish line … .”

Carbajal said last year, Congress was able to halt a Department of the Interior practice called “fire borrowing,” where the U.S. Forest Service raided its own budget to fight massive wildfires, leaving much less money for forest management to prevent wildfires in the first place.

“There’s no doubt that fire season is year-round,” Carbajal said. “Climate change has changed everything, and that is a great reason we have year-round fire season. And certainly we can do — and should do — better at managing our fuels and our forests.”

He said the Emergency Wildfire and Public Services Act, if approved, will provide even more resources to the Forest Service to not only fight fires but also manage the forest, train firefighters and provide grants to local agencies.

In the last session, he said, a partisan plan by Republicans gave 83% of the tax breaks to the top 1% of richest corporations and individuals in the country and added $2 trillion to the national debt without any offset.

He said he voted against it because it was misguided, didn’t help more Americans and only helped the top 1%.

“We need to look at reforming our tax code so that everyone pays their fair share, and we close the loopholes so that big corporations and carried interest loopholes, for example, for big hedge fund managers on Wall Street pay their fair share,” Carbajal said.

“And I think that will provide us with the type of breathing room to have more resources … to start paying down our national debt.”

Salud Carbajal, 55, was born in Moroléon, Mexico, and immigrated with his family to the United States, first to Arizona and later settling in Oxnard.

He earned a bachelor’s degree at UC Santa Barbara and a master’s degree in organizational management from Fielding Graduate University.

He served eight years, including during the Gulf War, in the U.S. Marine Corps Reserve but was not deployed overseas.

After moving to Santa Barbara, he was elected to the Santa Barbara County Board of Supervisors as the 1st District supervisor in 2004 and was re-elected in 2008 and 2012.

Carbajal decided to run for the 24th Congressional District seat in 2015 when Lois Capps announced she would not seek re-election.

He became the Democratic candidate in the June 2016 primary and faced Republican candidate Justin Fareed in the November general election that year, winning the seat with 53.4% of the vote.

What is the 24th District?

The 24th Congressional District encompasses all of Santa Barbara and San Luis Obispo counties plus a small portion of Ventura County and is heavily Democratic in voter registration.

Congressman Salud Carbajal, D-Santa Barbara, said Wednesday he’s recovering from the COVID-19 he was diagnosed with last week and expects to s…

Carbajal reveals he was exposed to COVID-19, will self-isolate in Washington, D.C.

Congressman Salud Carbajal announced Monday he came into contact with an individual who tested positive for coronavirus and will quarantine himself in Washington, D.C., for two weeks, despite his own test coming back negative. 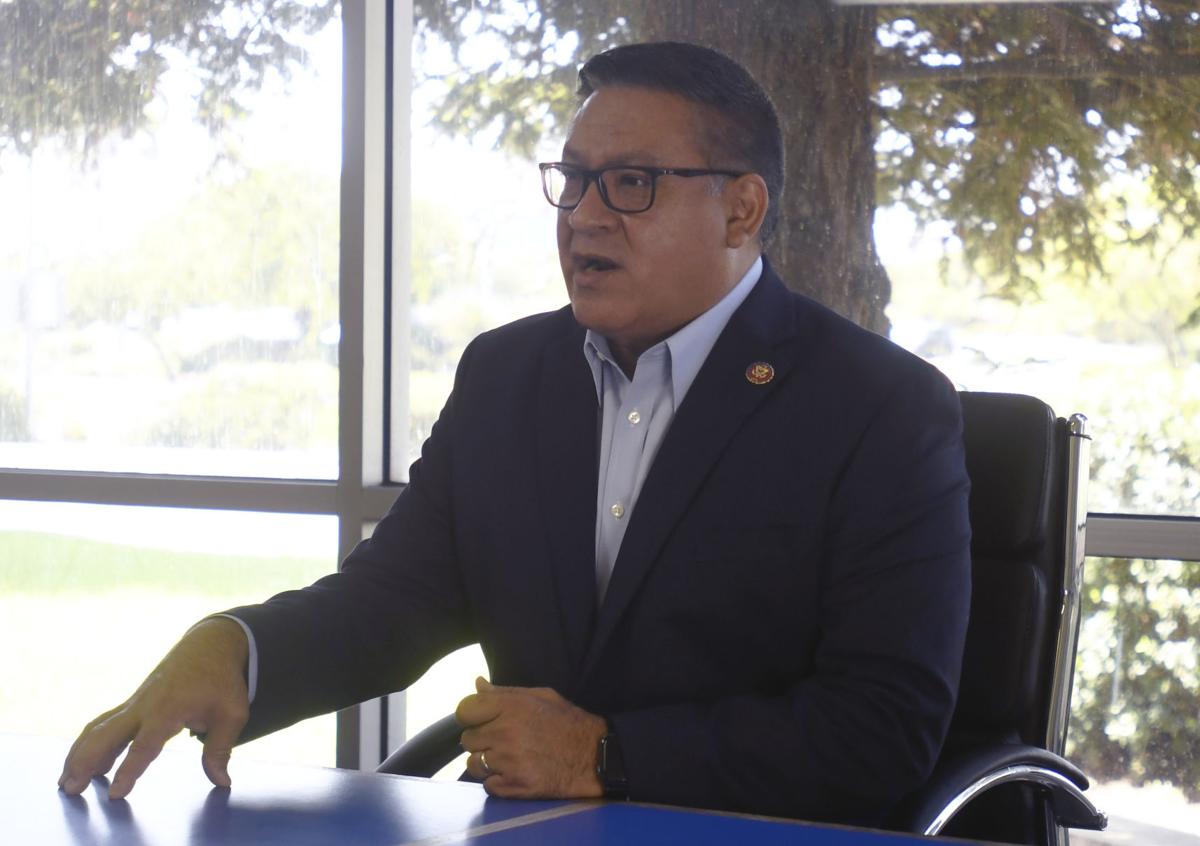 Democrat Salud Carbajal, who is seeking re-election to the 24th Congressional District seat, emphasizes a point about the federal response to the COVID-19 pandemic Saturday in Santa Maria. 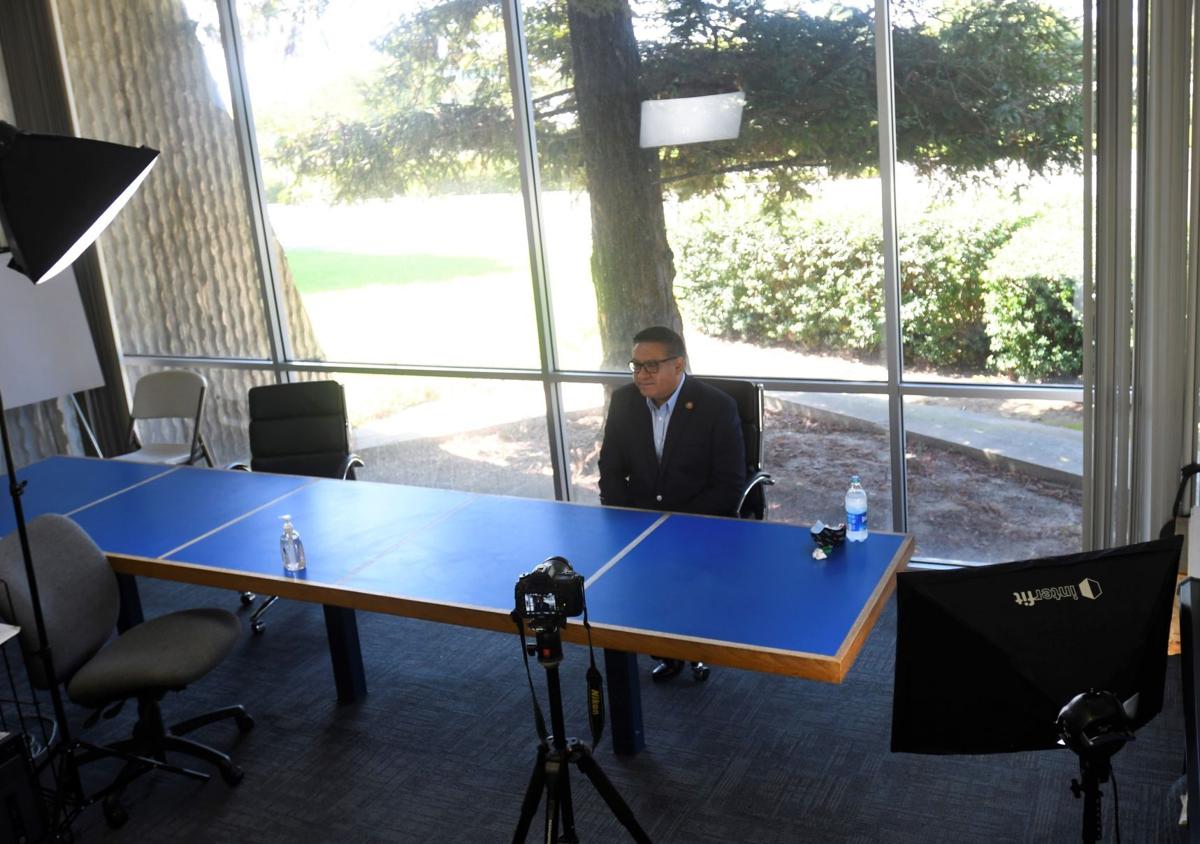 Democratic incumbent Salud Carbajal talks about his re-election bid Saturday in Santa Maria. He's being challenged for the seat by Republican Andy Caldwell. 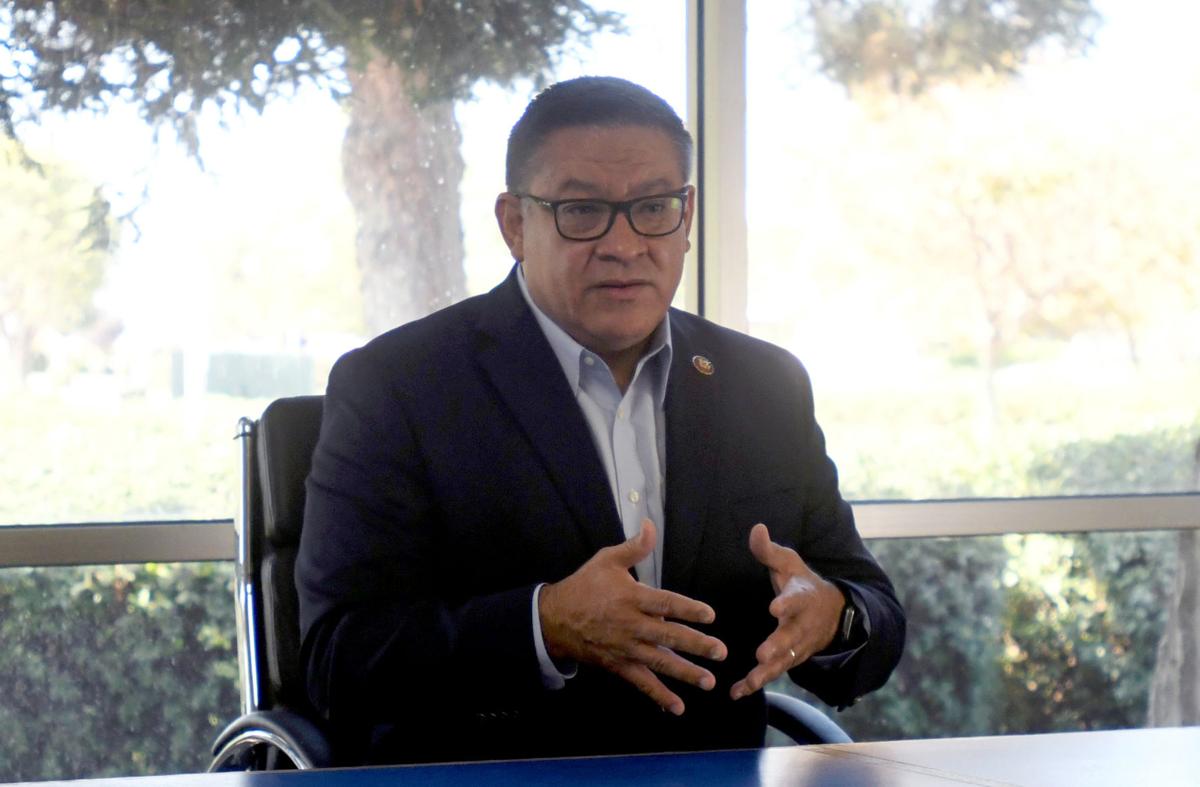 Democrat Salud Carbajal makes a point while discussing his goals if re-elected to the 24th Congressional District seat in the Nov. 3 general election, where he will face Republican challenger Andy Caldwell.