Twenty tons of harvested cannabis were seized and 350,000 plants were destroyed in a raid on an allegedly illegal cannabis cultivation site outside Buellton, according to the Santa Barbara County Sheriff’s Office.

The cultivation area was located on approximately 187 acres of agricultural land, with just over 60 acres being used for the commercial cultivation of cannabis, the spokesman said.

Based on the initial investigation, it appeared the site was allegedly used to continually cultivate cannabis throughout the year and, at the time of the search, plants were growing on approximately 40 acres.

In addition, a large amount of cannabis had been recently harvested, the spokesman said.

It took a total of four days for the team to seize approximately 20 tons of processed cannabis and eradicate approximately 350,000 cannabis plants, several of which were nearly ready to harvest.

The investigation was the result of complaints from the public, tips and information provided to the Sheriff’s Cannabis Compliance Team, and as of June 22, the property owner had not been located.

However, the case will be forwarded to the Santa Barbara County District Attorney’s Office for a review of potential criminal charges.

Because the case is still being actively investigated, no further information was released, the spokesman said.

The operation involved 35 detectives, investigators and officers from various agencies.

Individuals who want to operate a retail cannabis store in the unincorporated areas of Santa Barbara County will have to wait a week or so to submit a prequalification application. The application period was scheduled to start Monday and continue until Friday, Aug. 16, according to the county’s cannabis website.

Santa Barbara County Board of Supervisors discussion will be all about cannabis when it meets at 9 a.m. Tuesday in Santa Barbara. 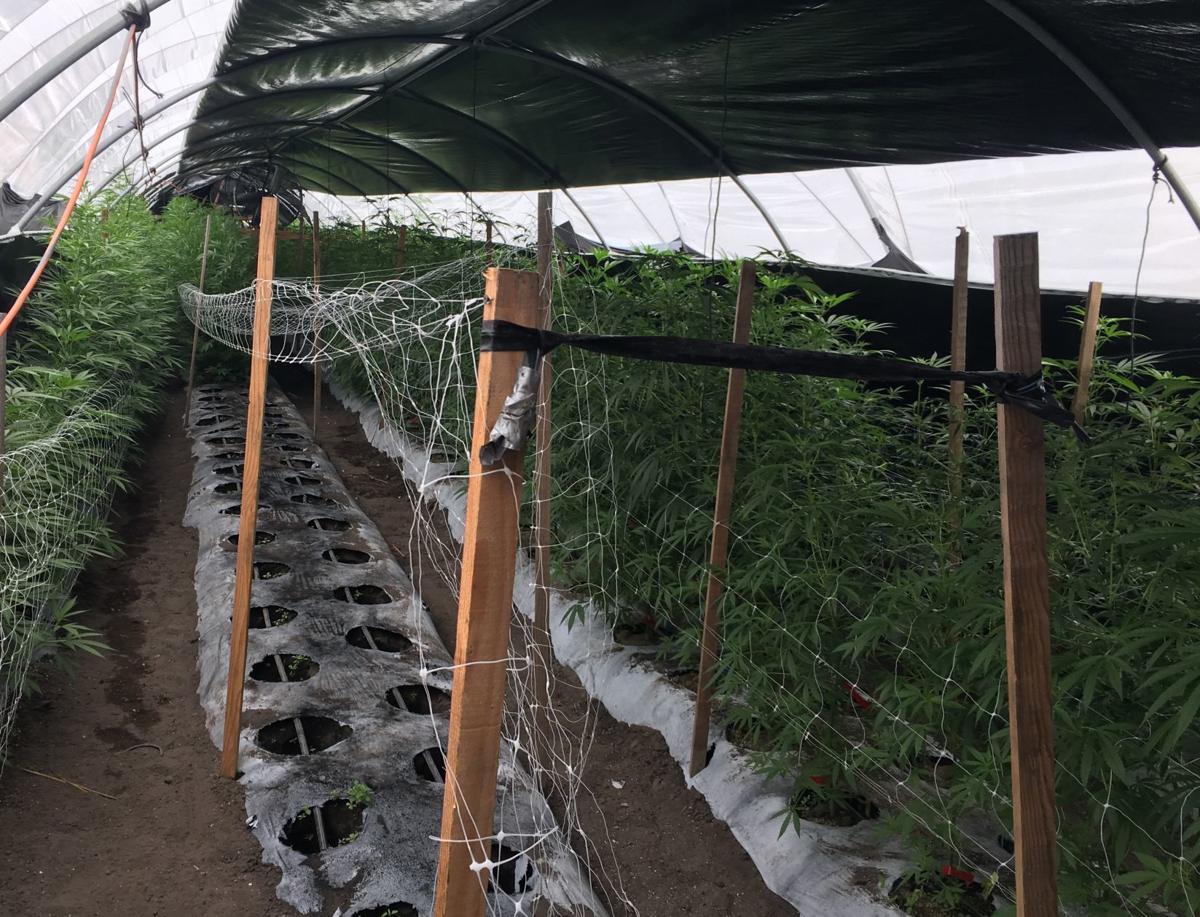 Some of the 350,000 cannabis plants allegedly cultivated illegally in hoop houses outside Buellton were destroyed by the Santa Barbara County Sheriff’s Cannabis Compliance Team in a two-day raid that started June 17. 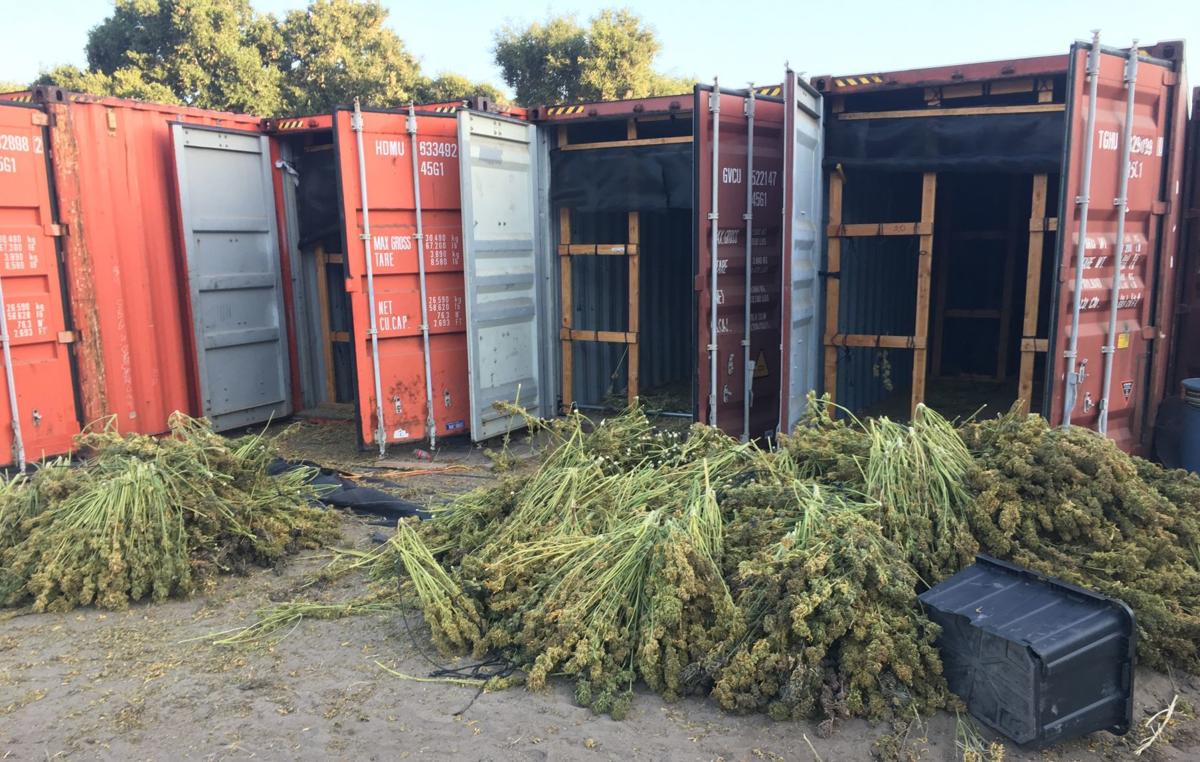 Harvested cannabis allegedly grown illegally near Buellton lies outside shipping containers after it was seized by Santa Barbara County Sheriff’s Cannabis Compliance Team members with assistance from other agencies. It’s unclear if this batch was found at the Buellton site or locations where search warrants were served in Santa Maria and San Luis Obispo County, but in total, 20 tons of processed cannabis were seized. 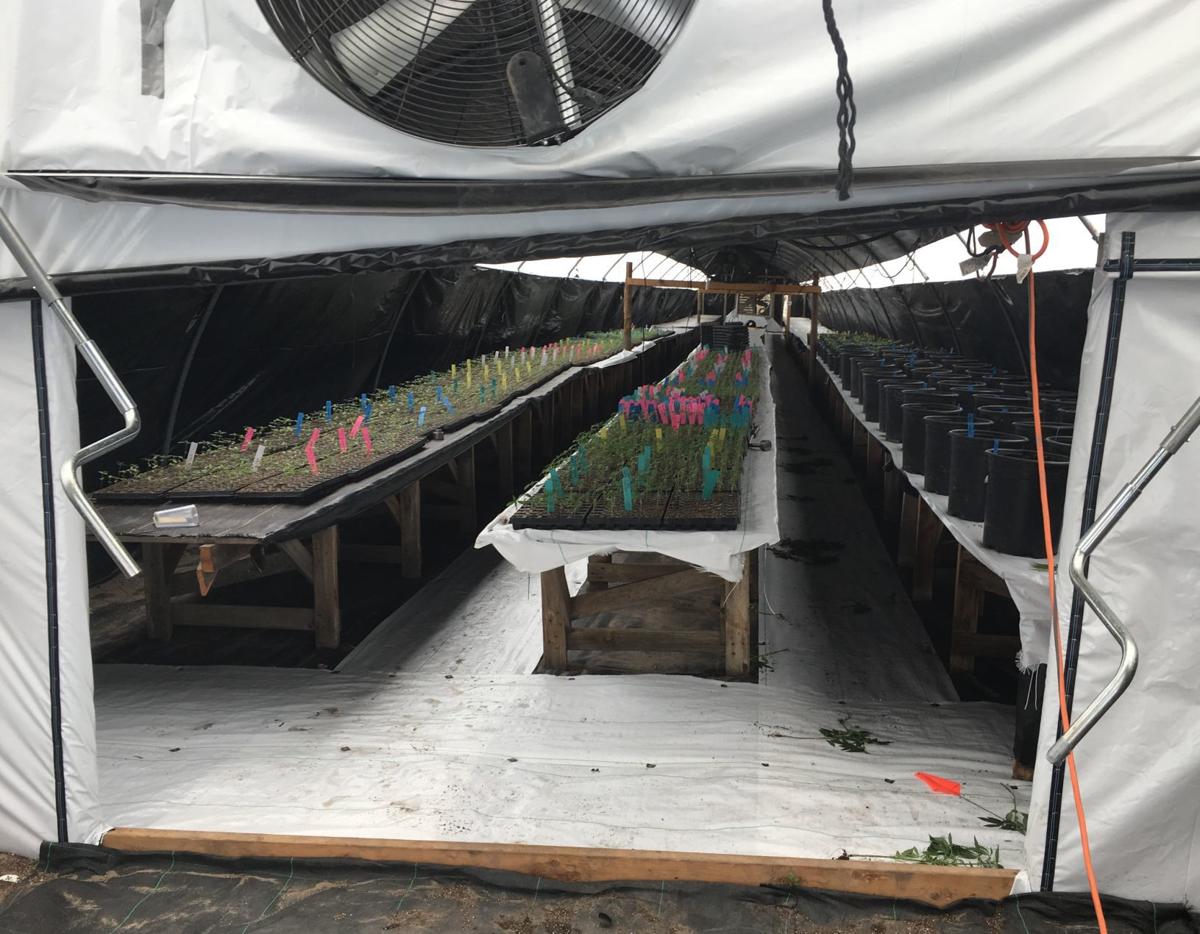 Cannabis seedlings grow inside a hoop structure, ventilated by a large fan, at an allegedly illegal cultivation operation outside Buellton that was raided June 17 by the Santa Barbara County Sheriff’s Cannabis Compliance Team.