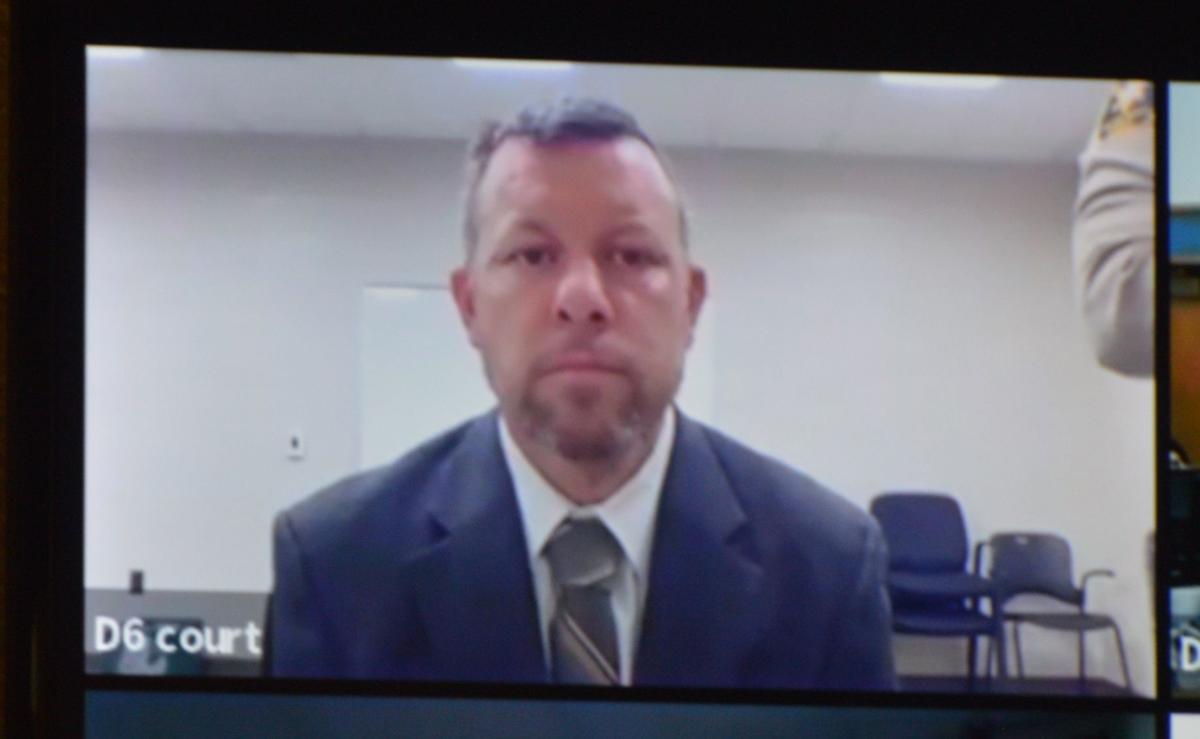 Paul Flores, 44, made his first court appearance Thursday via Zoom in the 1996 suspected murder of Cal Poly student Kristin Smart, but he did not enter a plea. 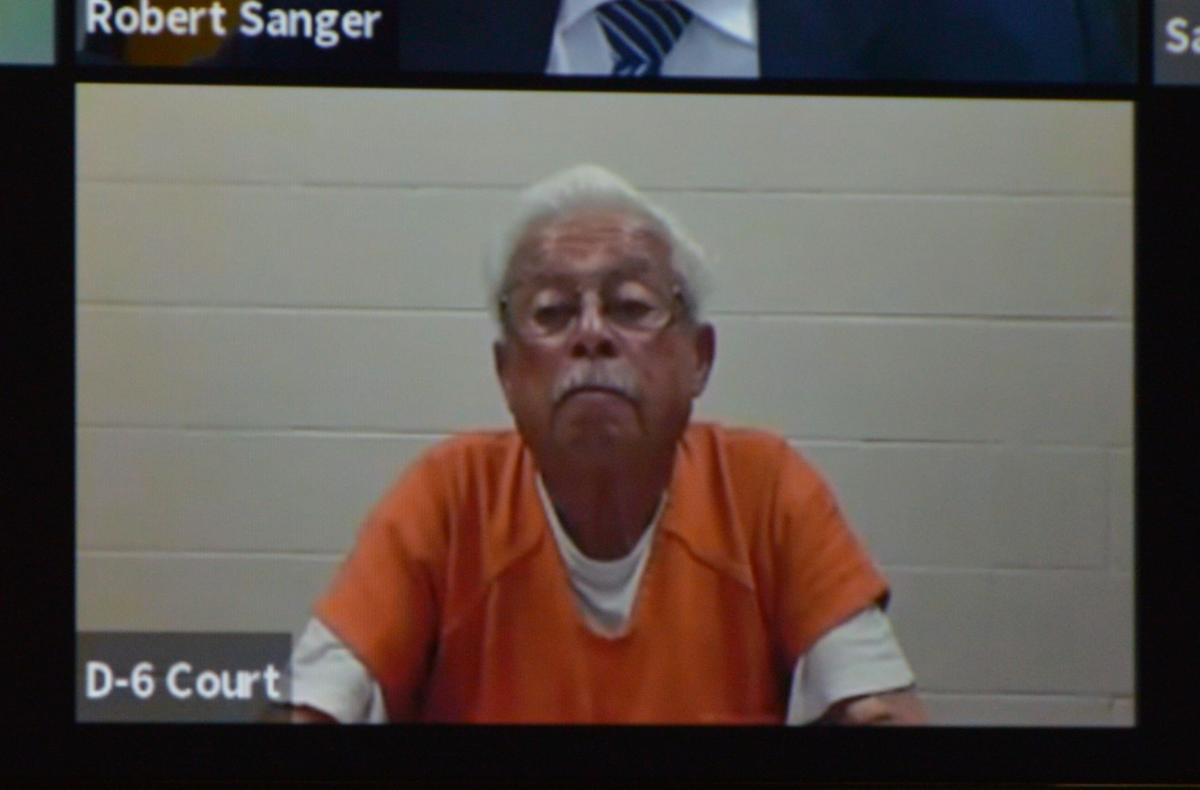 Ruben Flores, 80, made his first court appearance Thursday via Zoom after being charged as an accessory to the suspected murder of Kristin Smart nearly 25 years ago. He has yet to enter a plea. 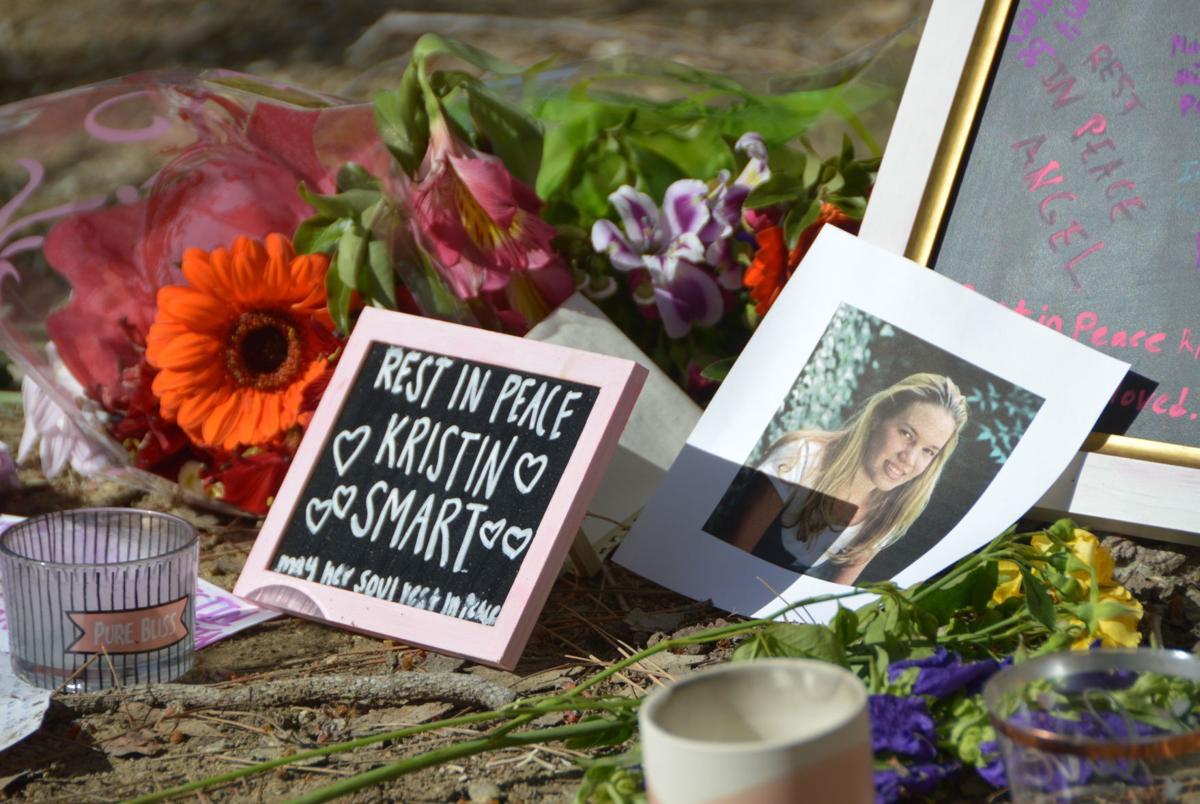 A Kristin Smart memorial sits against a tree on Thursday near the Muir Hall dorm, where she lived while attending classes at Cal Poly. 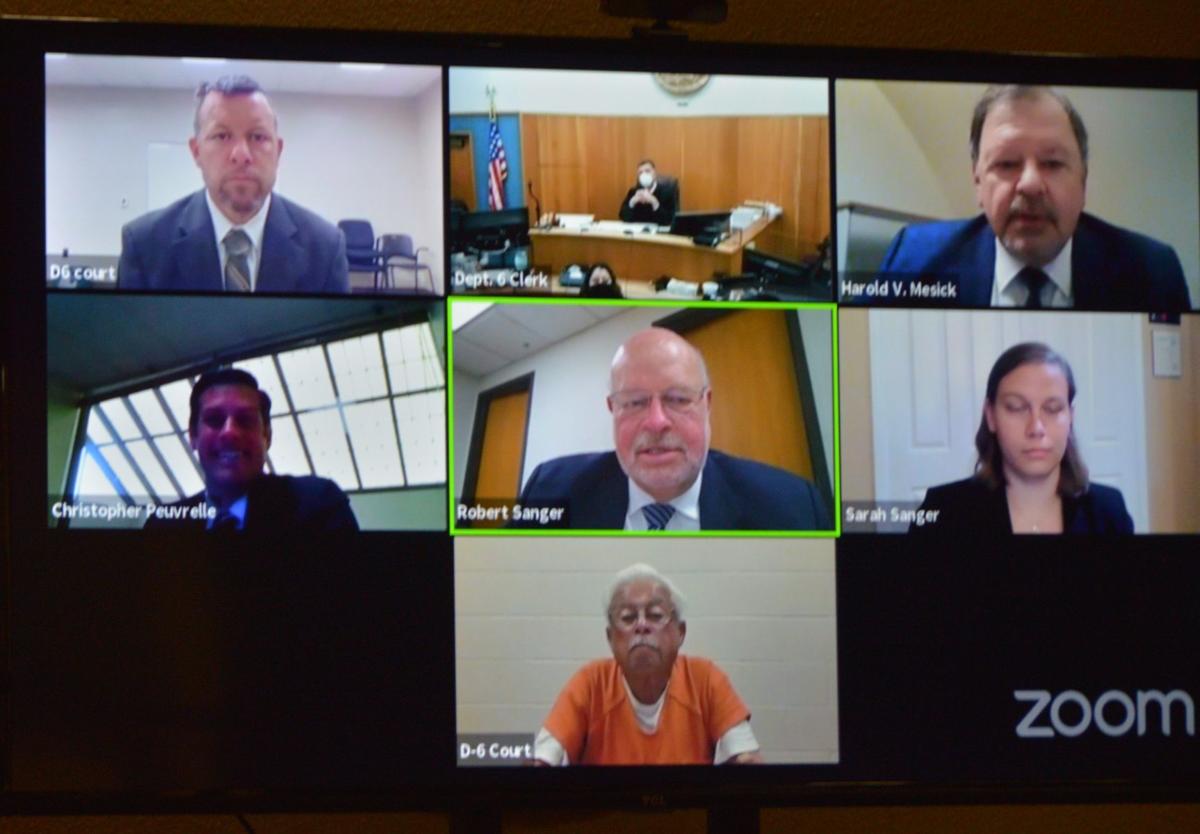 The father and son charged in the 1996 disappearance of Cal Poly student Kristin Smart did not enter pleas during their first court appearance Thursday, and a judge issued a gag order due to "high publicity" surrounding the case.

Paul Flores, 44, wore a suit and tie while Ruben Flores, 80, was dressed in an orange jail jumpsuit for the arraignments that were conducted via Zoom at Superior Court in San Luis Obispo. Both appeared from County Jail  with their attorneys Dave Sanger and Harold Mesick, respectively.

Judge Craig Van Rooyen started by asking the defendants if they wanted to waive their rights to be physically present in court.

Van Rooyen granted a request by both attorneys for another hearing Monday to enter pleas and present arguments related to bail reduction. Bail for Ruben Flores remains at $250,000, while Paul Flores is being held without bail.

The gag order, which was filed by Sanger on Thursday, included a change approved by Van Rooyen that allows officials to "coordinate with the press" to release times, locations and how court proceedings are held.

On Thursday, Smart's parents also issued a statement, saying the "final quest" to bring justice to their daughter has begun.

"After nearly 25 years of waiting, today's delay in the arraignment process was not unexpected or surprising," according to the statement. "We know we are in good hands with the San Luis Obispo County District Attorney's Office and we will wait patiently for the process to commence."

Paul Flores was formally charged with murder on Wednesday in the suspected killing of Smart, who went missing on May 25, 1996. District Attorney Dan Dow accused Paul Flores, who was the last person seen with Smart, of killing her during an attempted rape in a campus dorm room.

Smart was a Stockton native and a 19-year-old freshman at Cal Poly when she disappeared. Her body was never found and she was declared legally dead in 2002.

Additionally, Ruben Flores was charged on Wednesday with accessory to murder after the fact and is accused of concealing Smart’s body after she died.

Without getting into specifics, officials earlier in the week said significant new information was produced in the investigation over the course of the last two years and believe they have evidence pointing to the location of Smart’s body.

"We will find [Kristin Smart], we will not stop," Dow said on Wednesday, vowing to find her remains.

On Tuesday, the first day of a two-day search by sheriff’s investigators at Ruben Flores’ home in the 700 block of White Court, the sounds of heavy tools could be heard from inside the residence, while coroner’s and forensics tents were set up in the backyard. The search ended Wednesday with no new information released.

The search comes a month after a similar search at the same location, where sheriff's officials employed cadaver dogs and ground-penetrating radar.

Officials did not release what they found from both searches, although items "of value" linked to Smart were discovered in at least two locations searched in the case, according to Sheriff Ian Parkinson during a Tuesday press conference.

Both Paul and Ruben Flores will appear via Zoom at 1:30 p.m. Monday for their continued arraignments in Department 5 of Superior Court.

Photos of the Paul Flores arrest was displayed at the press conference in Cal Poly in San Luis Obispo.

Members of the media from Los Angeles to Sacramento attend the press conference at Cal Poly SLO Tuesday afternoon.

Chris Lambert creator of the Your Own Backyard Kristin Smart podcast speaks with the public at the press conference at Cal Poly Tuesday afternoon.

Balloons wrap around the billboard of Kristin Smart in Arroyo Grande after the arrest of Paul and Ruben Flores Tuesday.

Paul Flores, 44, made his first court appearance Thursday via Zoom in the 1996 suspected murder of Cal Poly student Kristin Smart, but he did not enter a plea.

Ruben Flores, 80, made his first court appearance Thursday via Zoom after being charged as an accessory to the suspected murder of Kristin Smart nearly 25 years ago. He has yet to enter a plea.

A Kristin Smart memorial sits against a tree on Thursday near the Muir Hall dorm, where she lived while attending classes at Cal Poly.