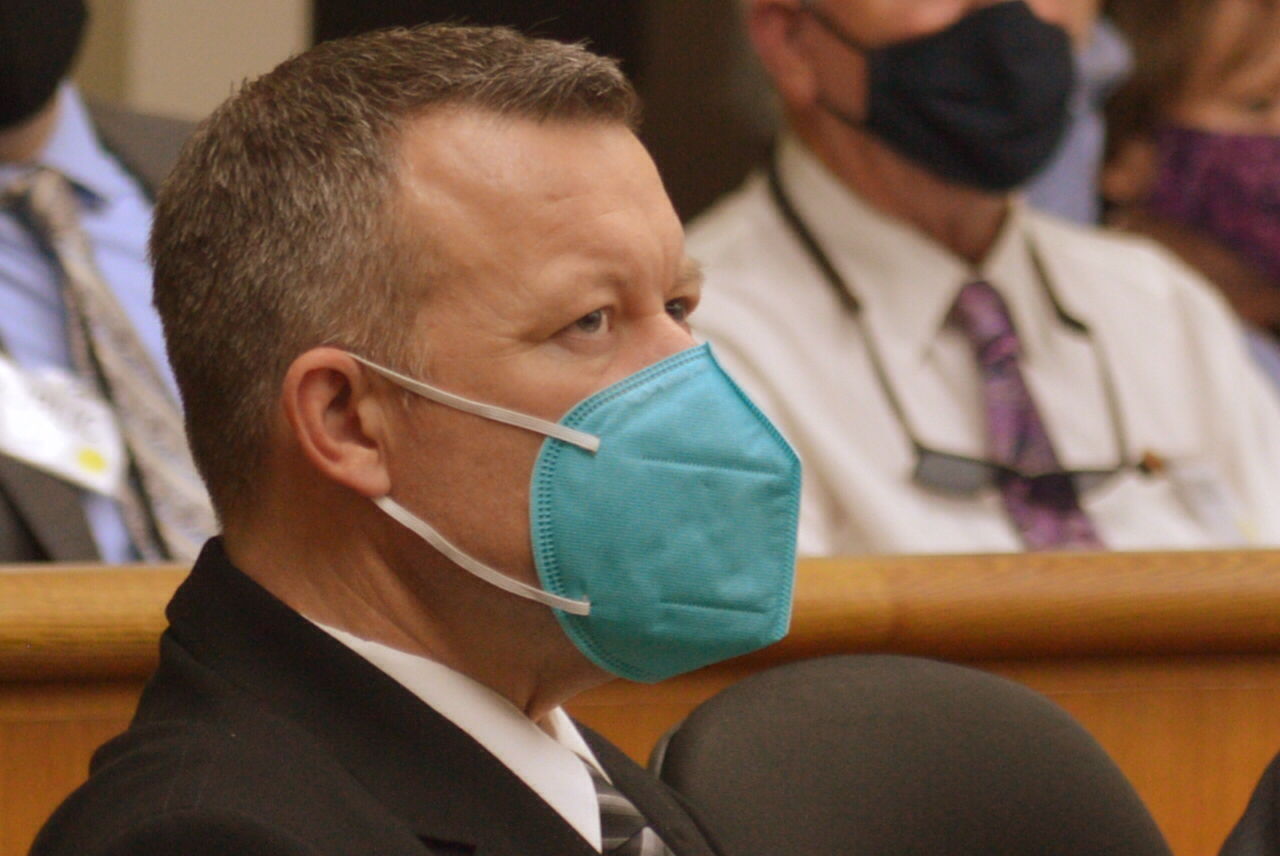 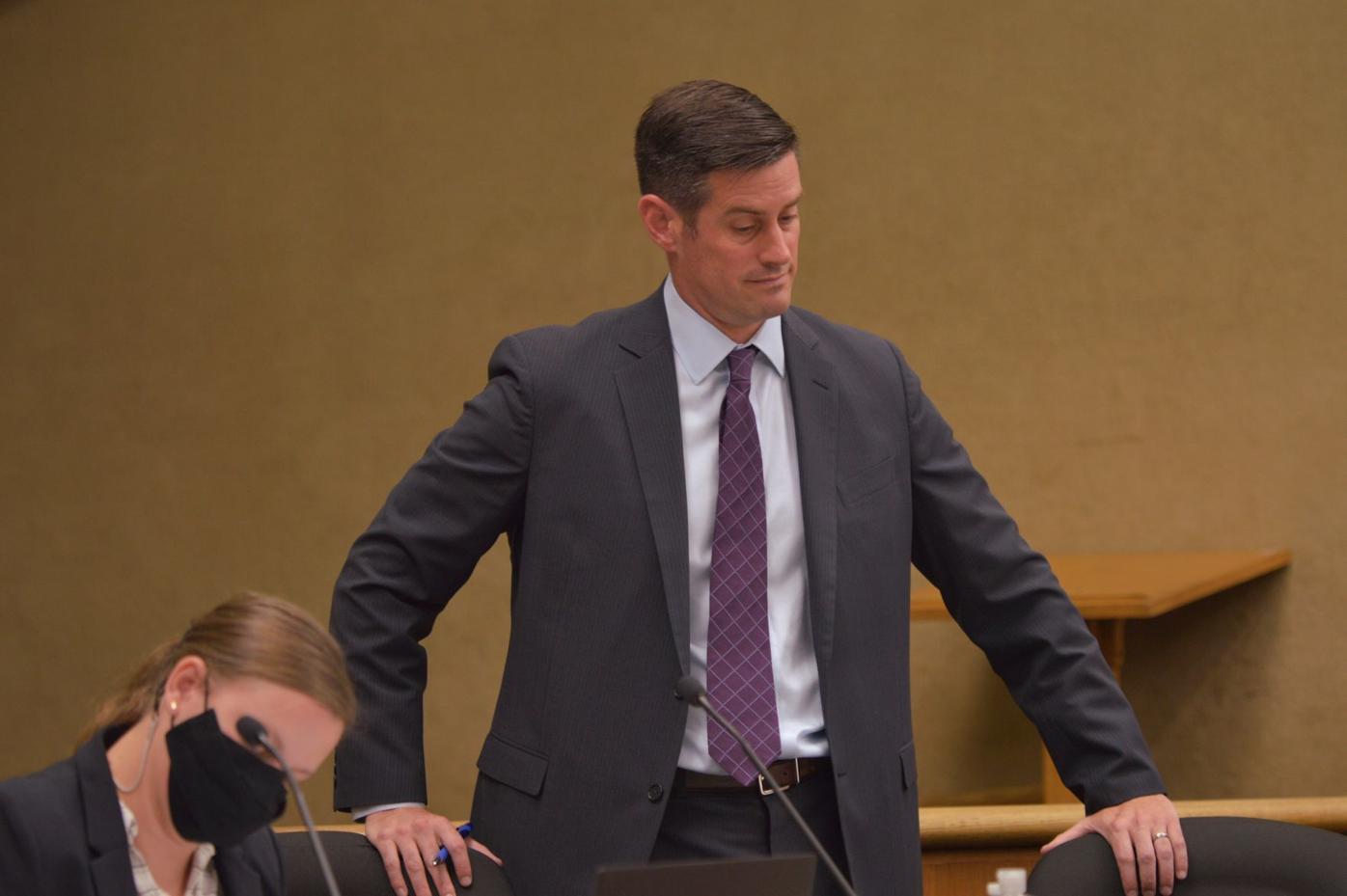 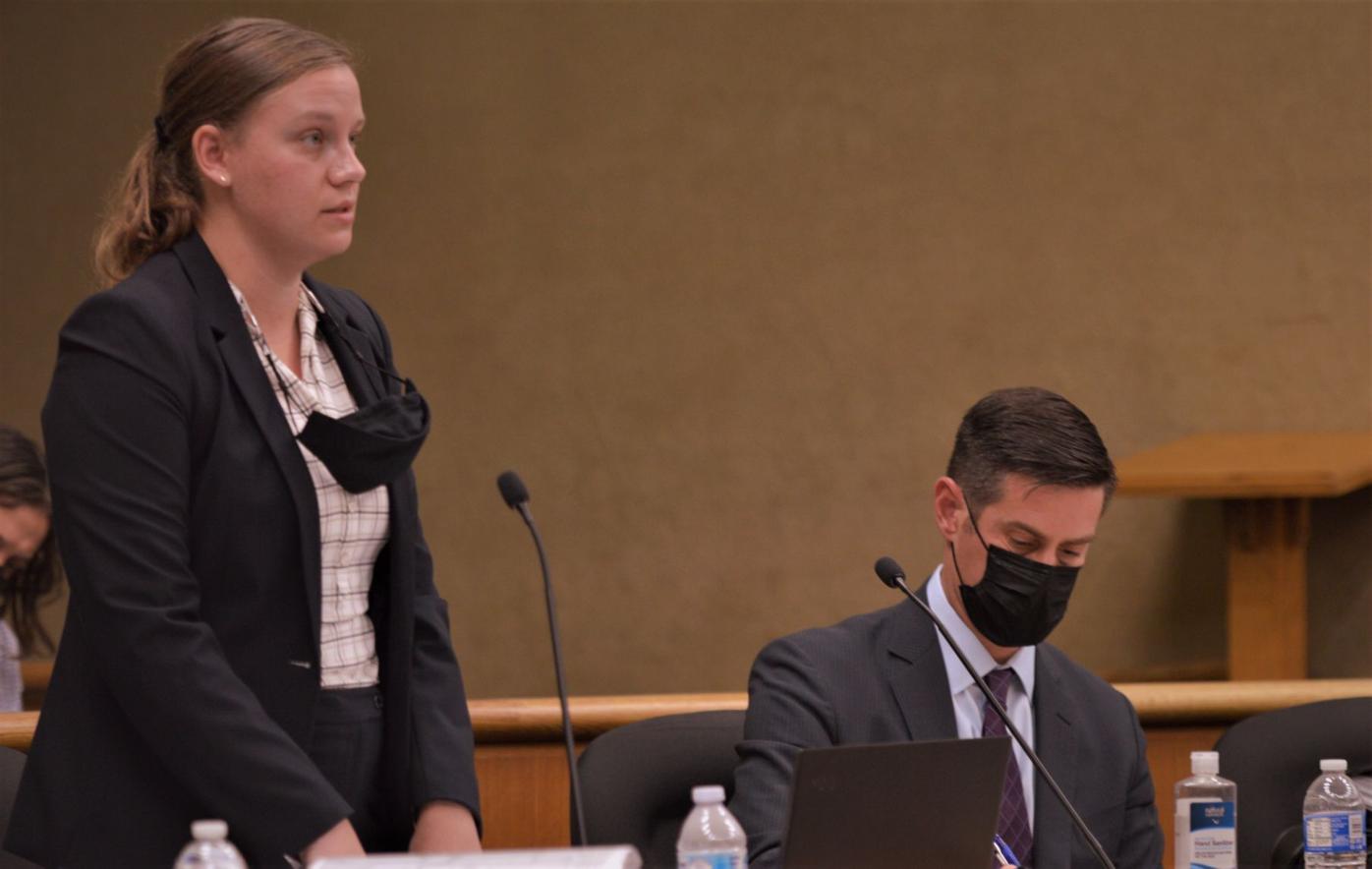 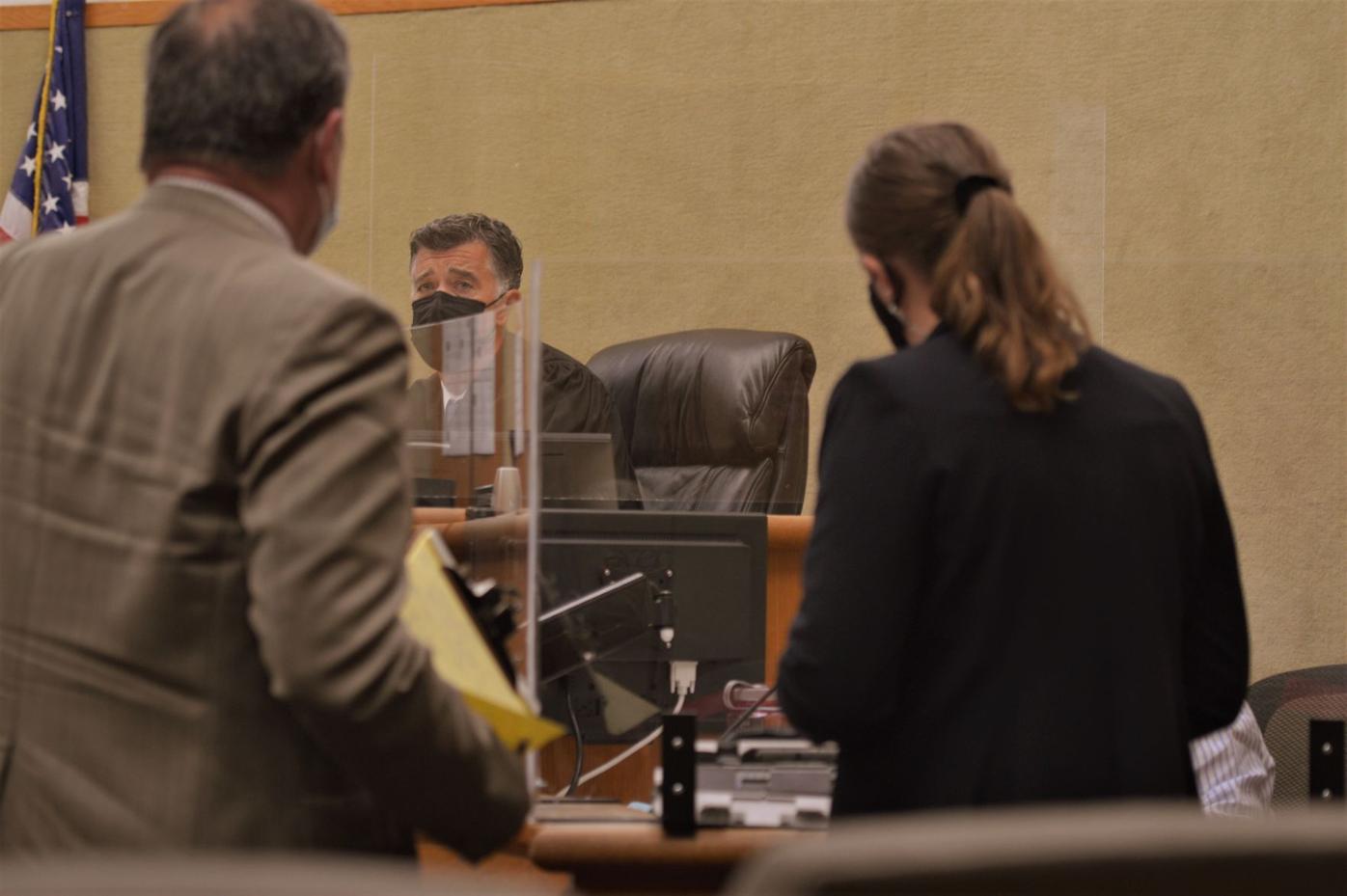 A forensic specialist and two K-9 handlers testified in court Thursday on details of their searches that occurred earlier this year under the deck of an Arroyo Grande home, where San Luis Obispo County sheriff's investigators dug for evidence of missing 19-year-old Cal Poly student Kristin Smart.

Kristine Black, Karen Atkinson and their cadaver dogs, and Shelby Liddell, a Sheriff’s Office forensic specialist, were called to search under the back porch of Ruben Flores’ home in the 700 block of White Court after warrants were executed on the residence in March and April.

Additionally, Liddell provided testimony on the presence of human blood allegedly discovered only in soil samples taken from excavated sites under the deck and from inside a trailer after it was sprayed with a forensic chemical.

The cadaver dogs and dig sites were part of a series of Sheriff’s Office search warrants that included ground-penetrating radar and were executed on Ruben Flores’ residence. The San Pedro residence of his son, Paul Flores, was also searched by investigators.

A 2020 search of a trailer seized as part of the Kristin Smart investigation revealed a stain “similar” to a human body after the inside was sprayed with a chemical used to detect bodily fluids, according to testimony Wednesday from the San Luis Obispo County Sheriff’s detective who is leading the case.

Paul Flores and an intoxicated Smart walked back from an off-campus party on Crandall Way, and were last seen together only steps from their dorms near the intersection of Perimeter Road and Grand Avenue at about 2 a.m. on May 25, 1996, according to witness Cheryl Manzer, who broke away from the pair after initially walking with them.

Smart was never seen again. She was declared legally dead in 2002 and her body has never been found.

Paul and Ruben Flores were arrested and charged in April. They both have pleaded not guilty.

Atkinson and Black and each of their cadaver dogs were called to the White Court residence on March 15 and were asked by investigators to search areas of Ruben Flores’ house, including a Volkswagen Cabriolet parked at the residence and area underneath the deck.

Atkinson brought Amiga, her English Labrador, and they were the first to search that morning. They started with the VW, then moved on to the deck area.

After Atkinson, Black and her Belgian Malinois, Annie, searched the VW and space under the deck.

Both dogs are certified in human remains detection through the California Rescue Dog Association, according to testimony.

Black said she intentionally stood out of sight from the house at the end of White Court in order to not influence her search.

The dogs did not alert on the VW, nor did the dogs alert on the area under the deck, although both handlers recalled changes in the dogs’ behavior.

Atkinson noted a slight change in behavior in Amiga as she worked a long, narrow area area that sloped up near the foundation.

Amiga began to sniff and make “head pops,” which indicated she detected an odor, according to Atkinson.

Attorney Sarah Sanger, who represents Paul Flores, asked whether changes in behavior are the same as alerts.

“[Amiga] won’t have an alert until she reaches the strongest point of the target odor,” Atkinson said. “She alerts to let me know when she has found a source.”

Annie’s behavior changed as she entered through the gate and showed signs “consistent” with an alert along the sloped area, including putting her nose hard to the ground, changing breathing patterns and pawing at the dirt, according to Black.

“It suggested to me there was enough information odor-wise that she had in her register that she trained on,” Black said.

Liddell was present for the dog searches and admitted opening the VW door for Annie.

During the March and April search warrants, Liddell and an archeologist supervised and conducted an excavation search of a sloped area under the deck, where the blood was allegedly found but no DNA.

Investigators had to remove a portion of the deck in order to reach the search area, which was divided into quadrants, according to Liddell.

As investigators carefully removed and documented each layer of soil, Liddell said they eventually reached what appeared to be dark staining two to three feet down.

In court, Deputy District Attorney Christopher Peuvrelle showed dozens of photos of the dig site as it progressed, laying down each photo one at a time, and the photos with the stains became more apparent.

Liddell said control samples were taken from different locations of the property to rule out what was found at the stain site was not found throughout other areas of the property.

“It was definitely something that was notable,” Liddell said.

In addition, Liddell testified spraying the inside of the trailer seized from the Flores' residence with Bluestar, a forensic chemical used to presumptively detect blood and other bodily fluids.

The trailer belonged to the boyfriend of Susan Flores, Paul Flores’ mother, and was seized on the belief that it was used to transport the remains of Smart from Ruben Flores’ residence in February 2020, according to sheriff’s Detective Clint Cole.

Liddell said that 30 minutes after spraying Bluestar, a blue luminescent stain approximately a foot-and-a-half wide appeared on the inside of one of the trailer’s doors, which was documented with a camera.

Bluestar, which reacts to the hemoglobin in human blood and is a proprietary formula, can also show false positives for cleaning materials and some types of vegetables, although the reaction is typically a “white flash” that goes away after awhile, according to Liddell.

‘Something was there’: Archeologist describes Arroyo Grande dig search in Kristin Smart case

An archeologist Tuesday testified about her findings at two excavated sites, including one which contained an “odd stain,” during searches for Kristin Smart's remains at the Arroyo Grande home of Ruben Flores in March and April.