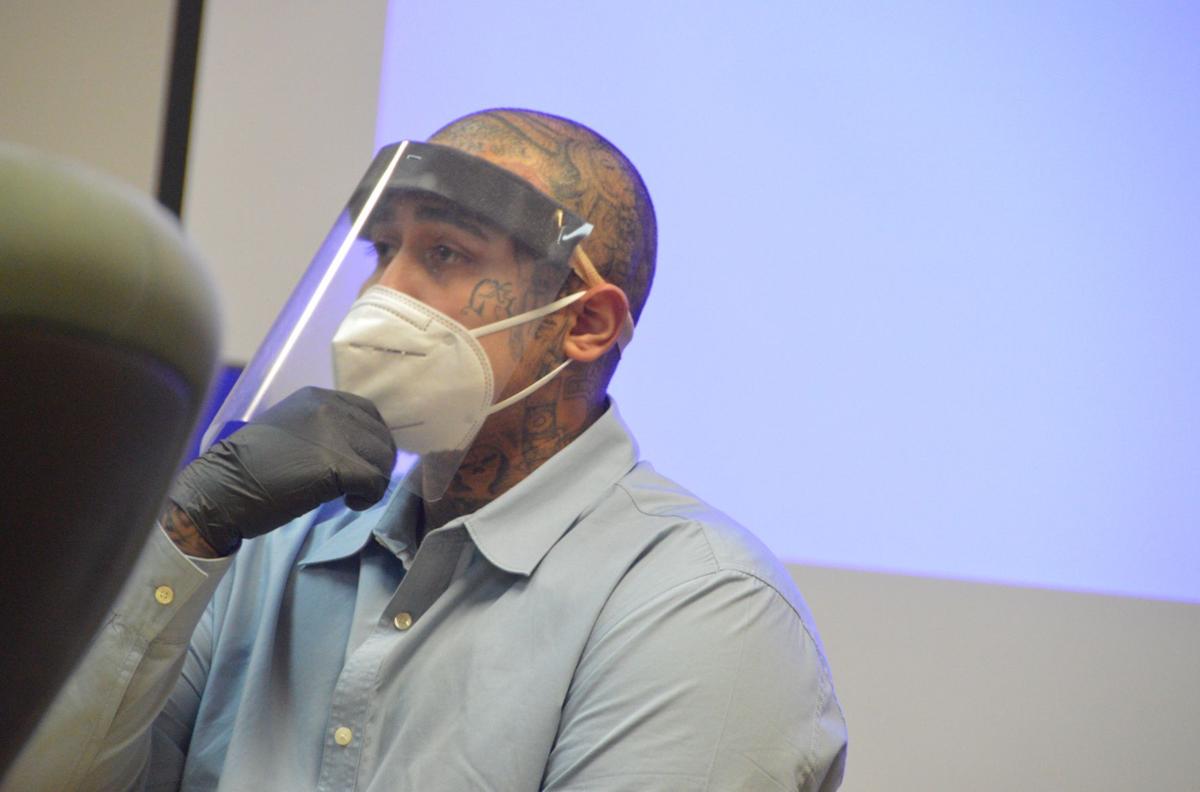 Raymond Ramon Vega appeared in Lompoc Superior Court wearing a mask, face shield and gloves, due to coronavirus concerns, for his preliminary hearing on June 19. Judge Raimundo Montes de Oca upheld charges against Vega on July 10 in connection to the killing of 15-year-old Erik Vargas on Oct. 12, 2019. 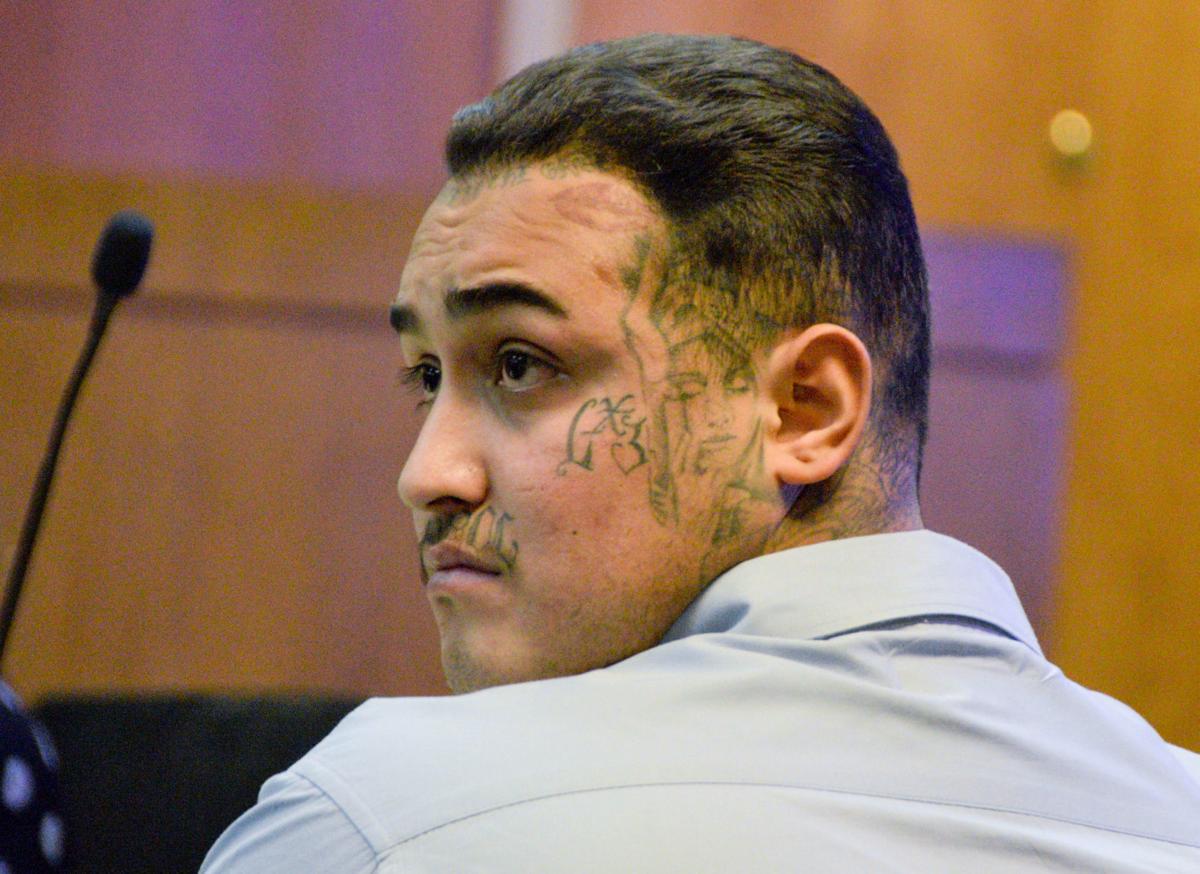 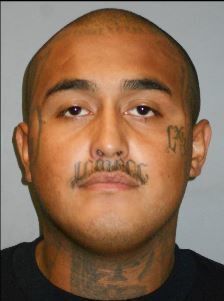 A Lompoc judge has upheld the charges against a man accused of the gang-related killing of a 15-year-old youth in October 2019.

Judge Raimundo Montes de Oca upheld three felony charges, including one count of first-degree murder and two counts of attempted murder, against Raymond Ramon Vega, 26, of Lompoc, who is accused of killing Erik Vargas on Oct. 12, 2019.

Additionally, Vega was charged with three enhancements, including participating in a criminal street gang and discharging a firearm in commission of a felony. His case now proceeds to trial.

Vega, a reported member of Lompoc's VLP gang, pleaded not guilty to all charges on Oct. 18, 2019.

Lompoc Police responded to a report of a shooting in the 700 block alley of North F and G streets shortly before 10:30 p.m. on Oct. 12 and discovered three victims suffering from gunshot wounds, said Officer David Garza.

The three victims were taken to a local hospital, where Vargas died.

Vega was arrested on Oct. 16 after a four-day search. Two more individuals, who have not been identified, remain at large, according to Lompoc Police.

Vega's preliminary examination, which started March 13, lasted four sessions but was postponed for several months due to COVID-19. It continued in June, but with safety precautions, including social distancing, and concluded July 10.

Everyone in the courtroom wore masks, including Vega, who also wore a face shield and appeared in person except for the last session, when he appeared via videoconference from the Santa Barbara County Jail.

During testimony, Garza recounted witnesses who said three men approached a small group which included Vargas, challenging them with a call-out of "where you from?" shortly before Vargas was shot in the head.

The three men then fled the scene on foot.

Evidence presented during the hearing included surveillance, dashcam videos, and witness descriptions of the group allegedly responsible for the shooting, including Vega, who wore bandanas over their faces.

The lack of identifiable facial features made the case circumstantial, according to Deputy District Attorney Scott Donahue, although he asked the court to focus on the apparel worn by the suspects.

Santa Barbara County middle and grade school students are increasingly recruited into gangs, while county juvenile programs and law enforcement resources meant to address the issue have steadily declined over the years, according to a grand jury report released in June.

Witness descriptions of the suspects included one wearing a blue Los Angeles Dodgers jacket and another wearing a grey sweater, while other witnesses said they were wearing black-colored sweatshirts, according to Garza.

A surveillance video played in court showed three individuals, one of whom is believed to be Vega, wearing masks run past the La Favorita Market on North G Street minutes after the shooting.

Vega was briefly detained in the 700 block of North H Street, was wearing over-sized shorts similar to what was seen in the video but did not have a bandana, according to Lompoc Police Officer Mauricio Calderon.

Vega's attorney, Michael Scott, disagreed with Calderon and said the light in the video reflected off the shorts, making them look grey.

Vega appears for an arraignment on information at 1:30 p.m. on July 20 in Santa Maria court.

A Santa Barbara County Superior Court judge on Tuesday ordered no bail and continued the arraignment for a Lompoc man suspected in the shooting death of a U.S. Army soldier in September 2019.

Raymond Ramon Vega appeared in Lompoc Superior Court wearing a mask, face shield and gloves, due to coronavirus concerns, for his preliminary hearing on June 19. Judge Raimundo Montes de Oca upheld charges against Vega on July 10 in connection to the killing of 15-year-old Erik Vargas on Oct. 12, 2019.