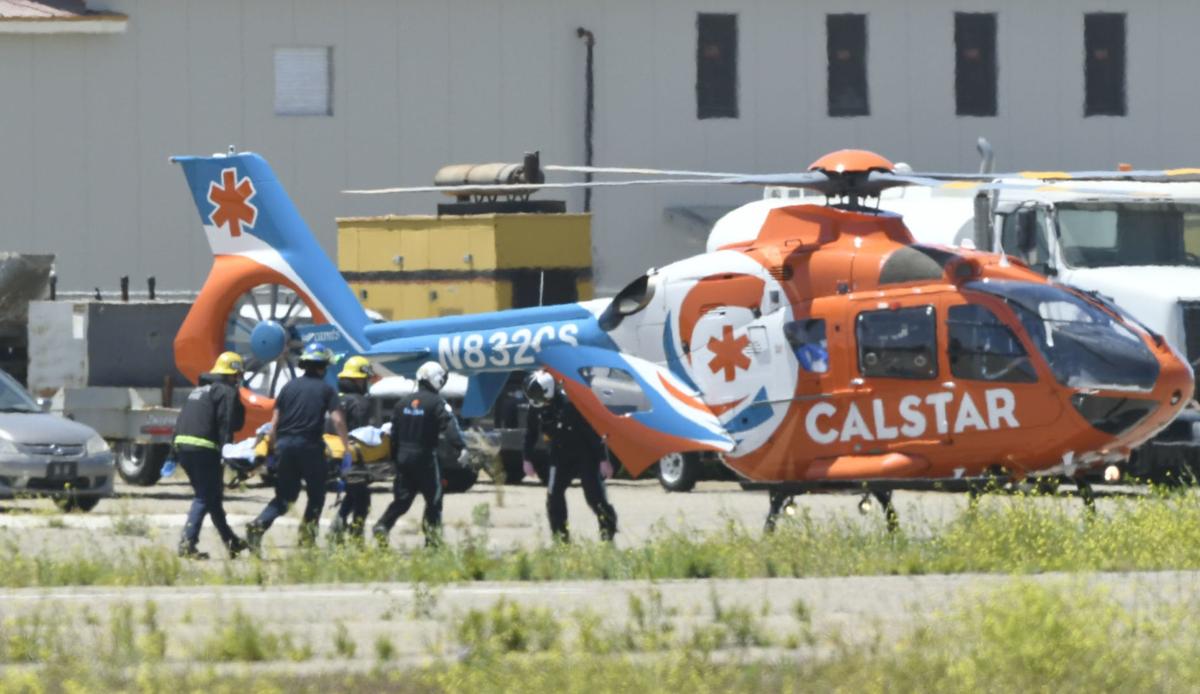 First responders carry a stabbing victim to a CalSTAR medical air ambulance at the Lompoc Airport on Monday. 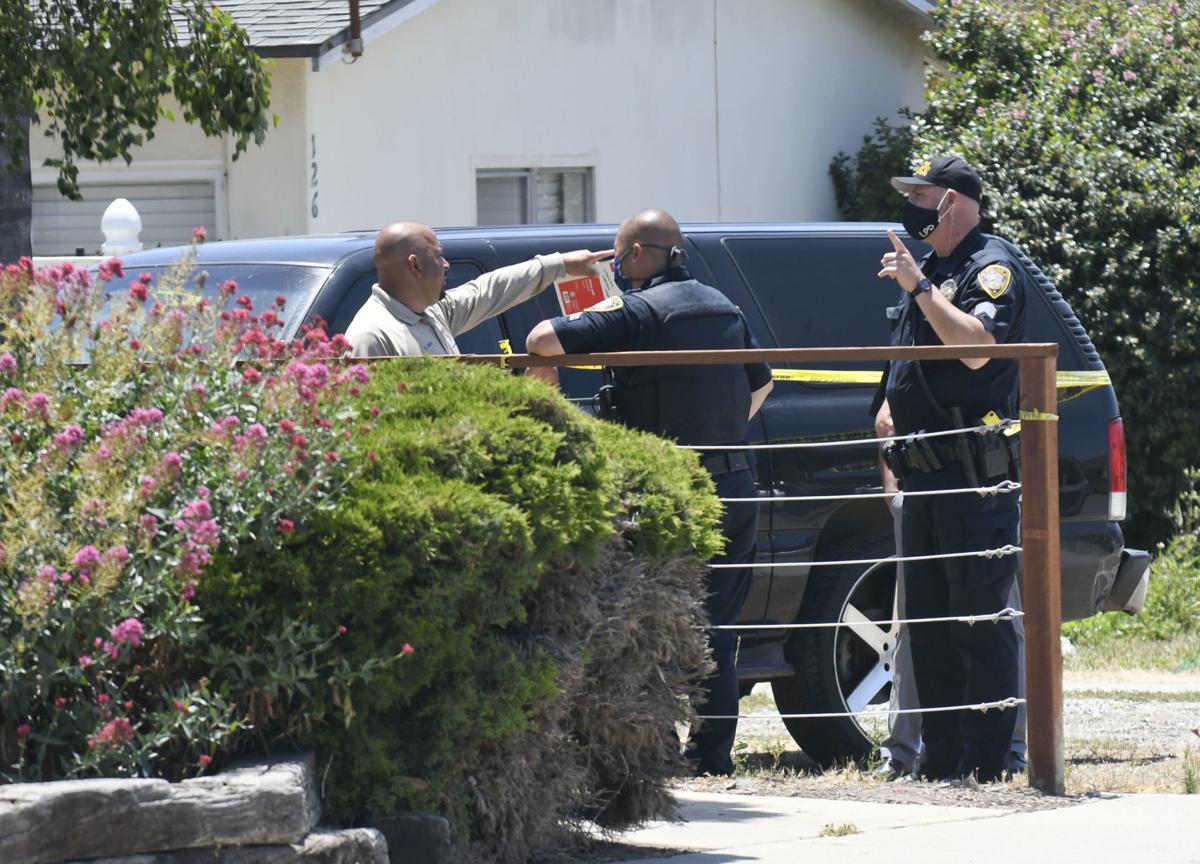 Lompoc police officers are investigating an incident on Monday in which a male and a female in their 20s were allegedly stabbed by an assailant inside their residence on North M Street.

Police responded to the 100 block of North M Street shortly before noon and found both victims suffering from stab wounds, according to Lompoc Police Sgt. Agustin Arias. The couple has not been identified.

The female was treated at a local hospital and later released, while the male was transported via CalSTAR to an unspecified local trauma center where he remains in critical but stable condition, Arias said.

Arias declined to say whether the suspect's identity is known, but is asking residents in nearby houses to check their surveillance cameras for footage that may show the suspect entering or leaving the victims' home.

Anyone with information or surveillance camera footage is asked to contact the Lompoc Police Department at 805-736-2341.

First responders carry a stabbing victim to a CalSTAR medical air ambulance at the Lompoc Airport on Monday.