A Lompoc woman has pleaded guilty to a felony charge in the stabbing death of a 55-year-old man in March 2019.

Darlene Ybarra, 36, pleaded guilty Thursday to voluntary manslaughter in Santa Maria court and admitted an enhancement for use of a deadly weapon, according to Dillon Forsyth, her attorney.

Ybarra faces a mid-term sentence of six years for the charge and an additional year for the enhancement, with all seven years to be served in state prison, Forsyth said.

She is scheduled to be sentenced Aug. 5.

Ybarra was originally charged with first-degree murder but avoided a trial after taking a deal on June 18.

Had the case gone to trial, the jury could have returned a guilty verdict of less than murder but with the possibility of a lengthier prison sentence if Ybarra relied on her justification for the killing as a defense, Forsyth said.

The incident occurred shortly before 9 p.m. on March 23, 2019 at a residence in the 400 block of J Street, where Eric Larrson was found suffering from a stab would. He later died at a local hospital.

Police arrested Ybarra days after she made incriminating statements during a police interview.

Ybarra allegedly stabbed Larrson after learning he allegedly molested a female minor two days before, according to court documents.

"Ms. Ybarra now has the certainty that in a reasonably short period of time she will be able to return to her family, her four children, and otherwise pursue her goals in life," Forsyth said. 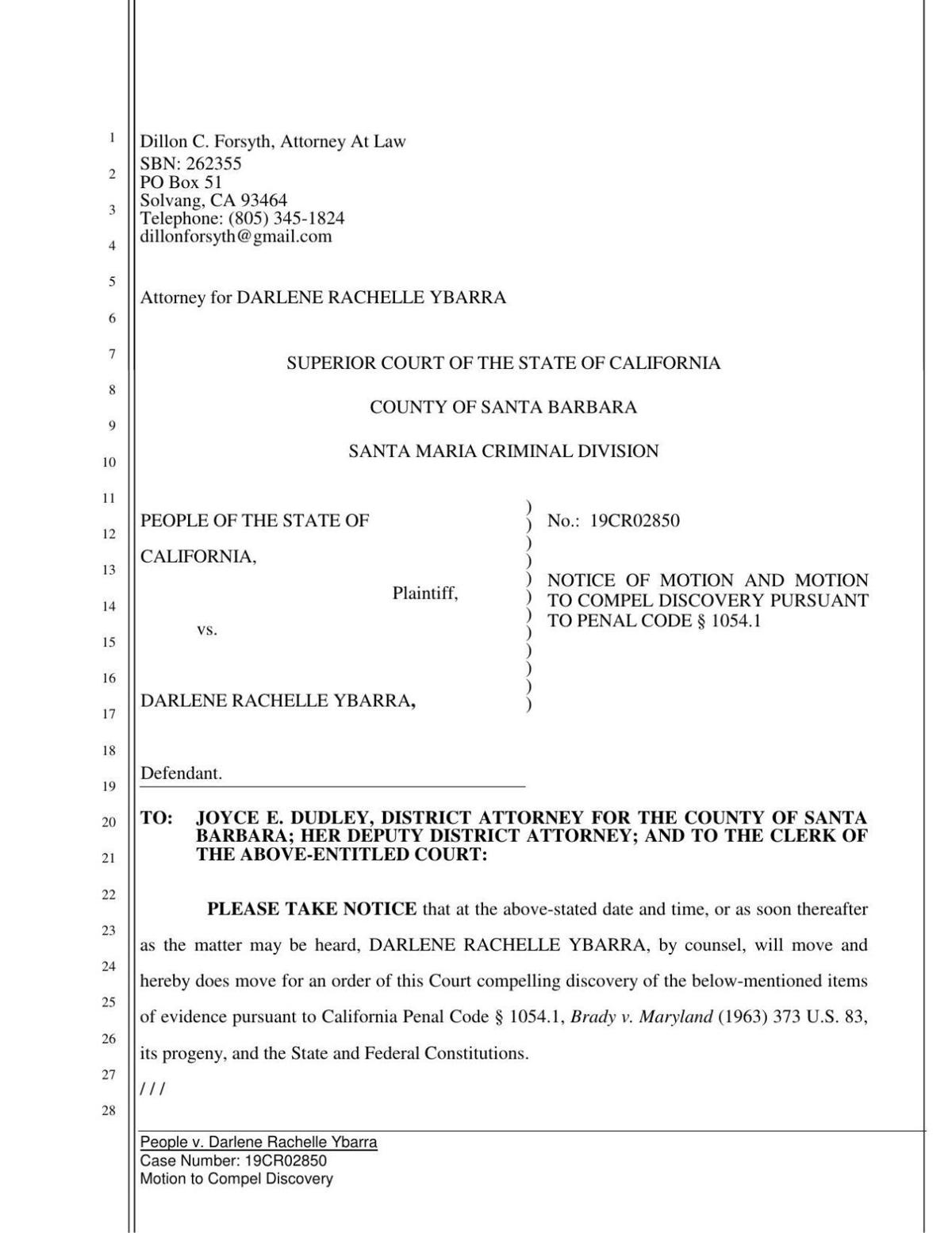