This guitar, signed by late rock star Tom Petty, had been stolen out of Los Angeles and Daylan Isaacs, 35, was arrested Friday for allegedly attempting to sell it in Lompoc. 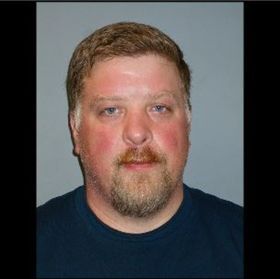 A man who was allegedly attempting to sell a stolen guitar that had been autographed by late rock star Tom Petty was arrested Friday in Lompoc and is facing multiple charges related to theft, drugs and guns.

The guitar had been reported stolen after a major commercial storage burglary in the Los Angeles area. Detectives from the Lompoc and Los Angeles police departments contacted and arrested Isaacs near the Lompoc Walmart store after he arrived there believing that he was selling the instrument to a legitimate buyer.

Along with the guitar, detectives reported finding Isaacs also in possession of a loaded handgun. After serving search warrants at a local motel and at Isaac’s residence, Lompoc police reported also finding “large amounts of heroin and methamphetamine for sale.”

A Lompoc man on Thursday pleaded not guilty to felony charges related to the gang-related shooting death of a U.S. Army soldier in September 2019, following at least two delayed appearances due to quarantine.

A couple dozen Lompoc residents participated in a “Peace Rally” on Tuesday night in the courtyard outside City Hall. The aim of the event, which began around the same time as that night’s City Council meeting, was to send a message to city leaders that community members are fed up with the ongoing violent crime, and it also served as a public show of support for the Lompoc Police Department.

This guitar, signed by late rock star Tom Petty, had been stolen out of Los Angeles and Daylan Isaacs, 35, was arrested Friday for allegedly attempting to sell it in Lompoc.