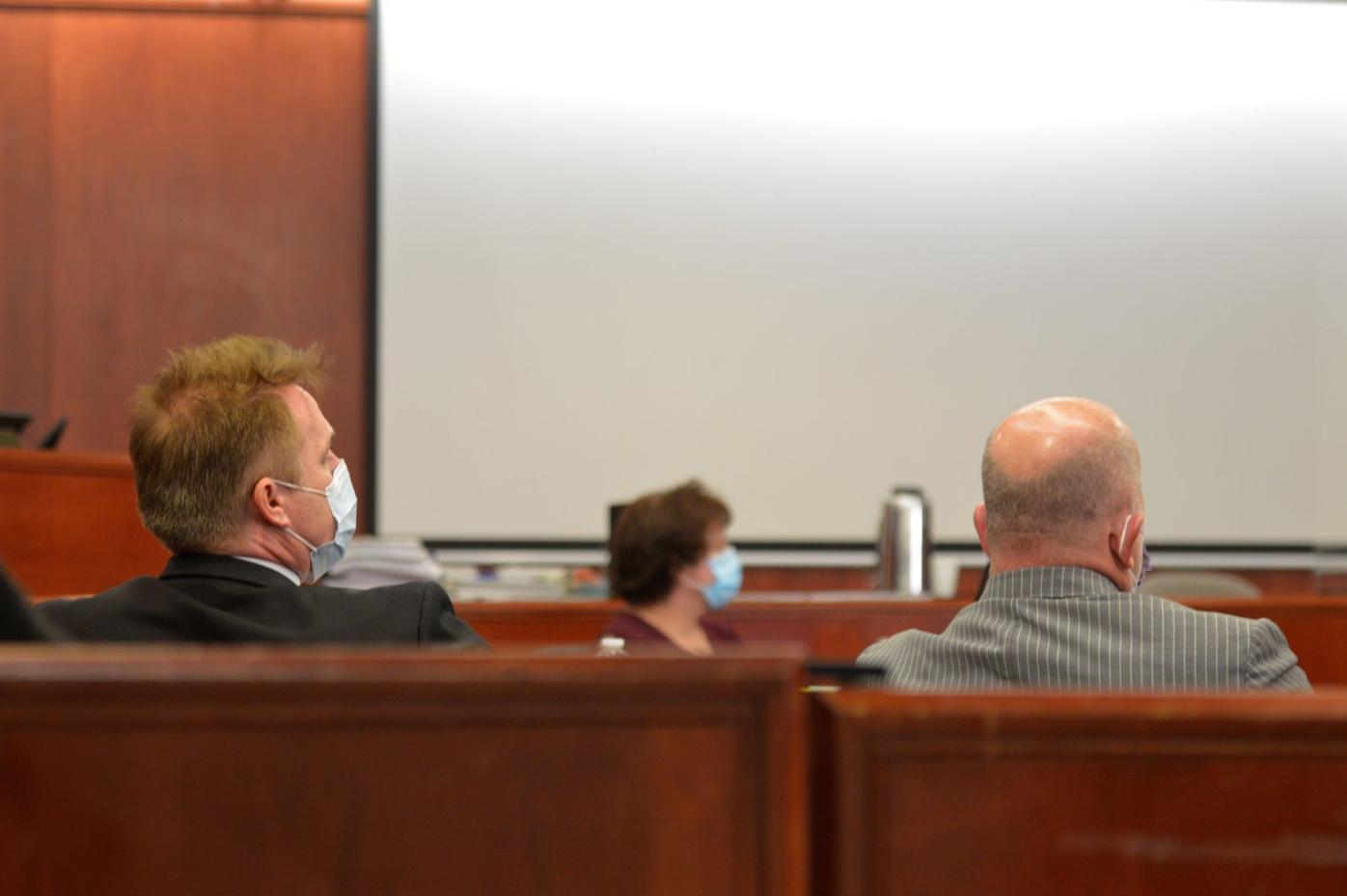 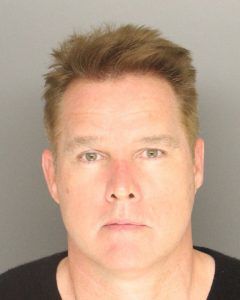 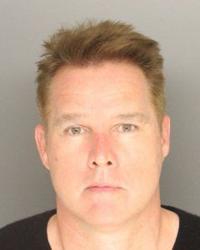 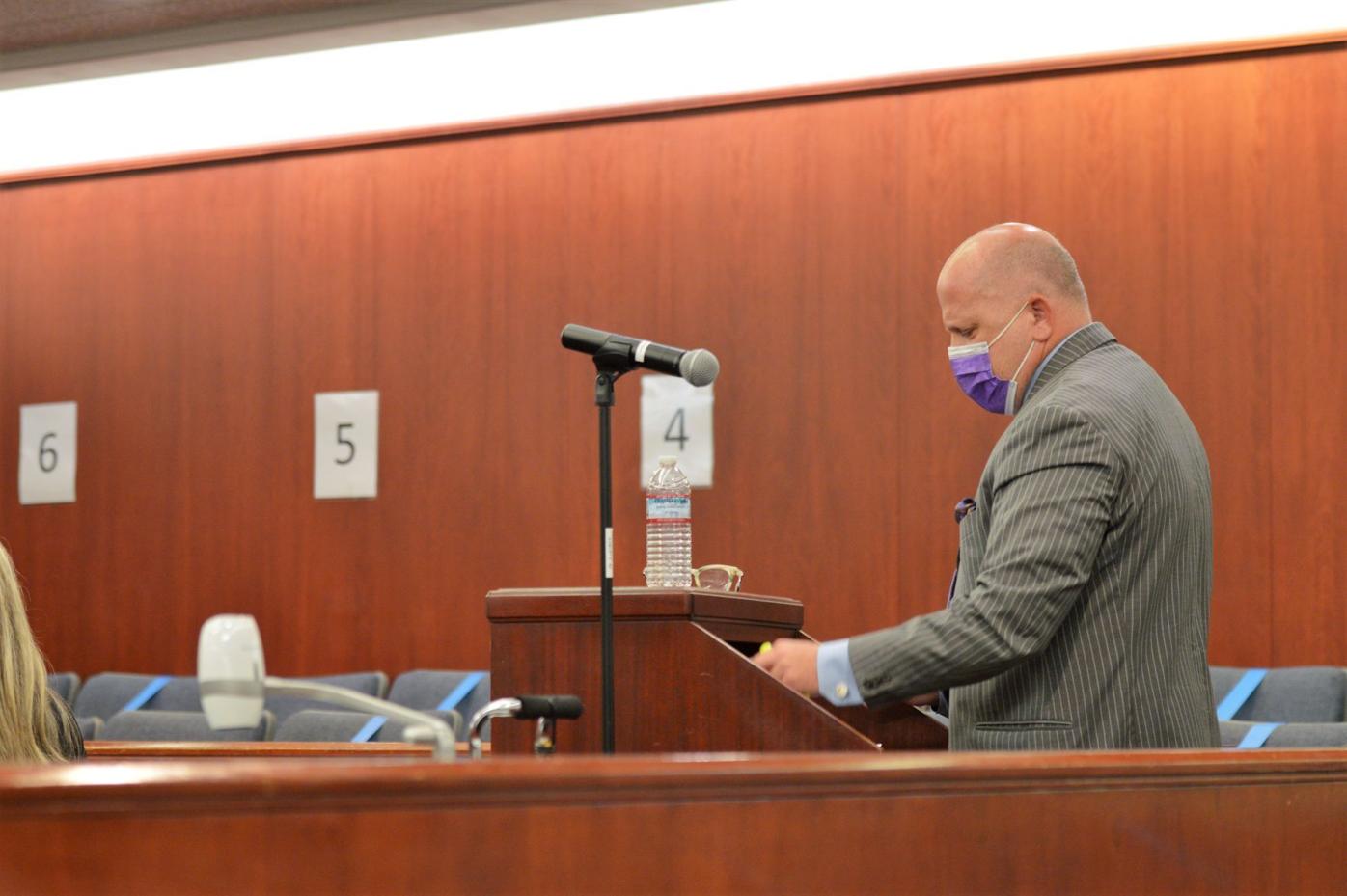 The preliminary hearing for a Hollywood movie producer accused of sexually assaulting multiple women, including one in Santa Barbara County, commenced Tuesday in Santa Maria with a nurse practitioner testifying about her physical examination of an alleged victim.

Senior Deputy District Attorney Jennifer Karapetian called Sally Wilson as the first to testify against David Guillod, 54, who is charged with 21 sexual assault-related counts, including rape of a drugged victim and kidnapping. One of the sexual assaults allegedly took place during a Santa Barbara County wine event in December 2014, according to court records.

Guillod, who produced movies that include "Atomic Blonde" and "Extraction," is accused of raping five women between May 2012 and January 2015. Additionally, he is facing with two enhancements, including committing a violent felony. He has pleaded not guilty to all charges.

Guillod, of Sherman Oaks, was charged on June 12, 2020, and an arrest warrant was issued the same day, but he turned himself in to Sheriff's Office headquarters on June 22, 2020, according to court records. He was released on $1 million bail two days later.

A judge on Thursday dismissed a case against a Santa Barbara County Sheriff’s Office jail deputy charged with sexually abusing a female inmate after the defendant's accuser died in a vehicle collision earlier this year.

Wilson is a nurse practitioner for the UCLA Rape Treatment Center in Santa Monica and performed the physical examination of one of the alleged victims, identified as Jane Doe 2 in court, the day after she was reportedly raped on May 22, 2012, according to testimony.

On the stand, Wilson provided testimony on her examination process, which takes about four hours and includes an 8-to-10-page state-mandated questionnaire.

Wilson testified that the alleged victim came in reporting a possible drugging, recalling that the rape took place sometime between 12 a.m. and 7 a.m. after having dinner with Guillod, another actress at a Los Angeles-area restaurant and after the three had drank at least two and a half bottles of wine.

Phillip Cohen, Guillod's attorney, questioned Wilson on how she could remember the specifics of the examination, asking if she has an independent recollection or if she was simply repeating details from her report written nearly 10 years ago. Witnesses are allowed to look at documentation evidence if it will refresh their memories but can't read directly from reports.

"Even after reading [the] report, you still don't have great recollection," Cohen said.

Wilson admitted to recalling the examination only vaguely until February, when she viewed the video documentation she took, pointing to specific injuries that included bruises. Wilson, who has performed roughly 1,000 exams, said about only half of those have injuries.

Cohen objected to Wilson's testimony several times, asking if she was really doing an "investigation" rather than an examination, and whether or not the alleged victim was being truthful.

"We're not investigators," said Wilson, who also has training in forensic testimony. "All I can tell you is that she came in and reported a sexual assault."

Cohen asked to exclude two victim advocates sitting in the courtroom — attorneys Sophia Zoubul and Hannah Meropol with C.A. Goldberg who represent four of the alleged victims — arguing that they could potentially be called as witnesses, although Judge James Voysey did not allow it.

The preliminary hearing is scheduled to resume at 9 a.m. Thursday in Department 7 of Superior Court in Santa Maria.

A Santa Maria man was arrested Thursday on suspicion of child sex abuse charges after contacting minors over the internet following an investigation by police, according to officials.