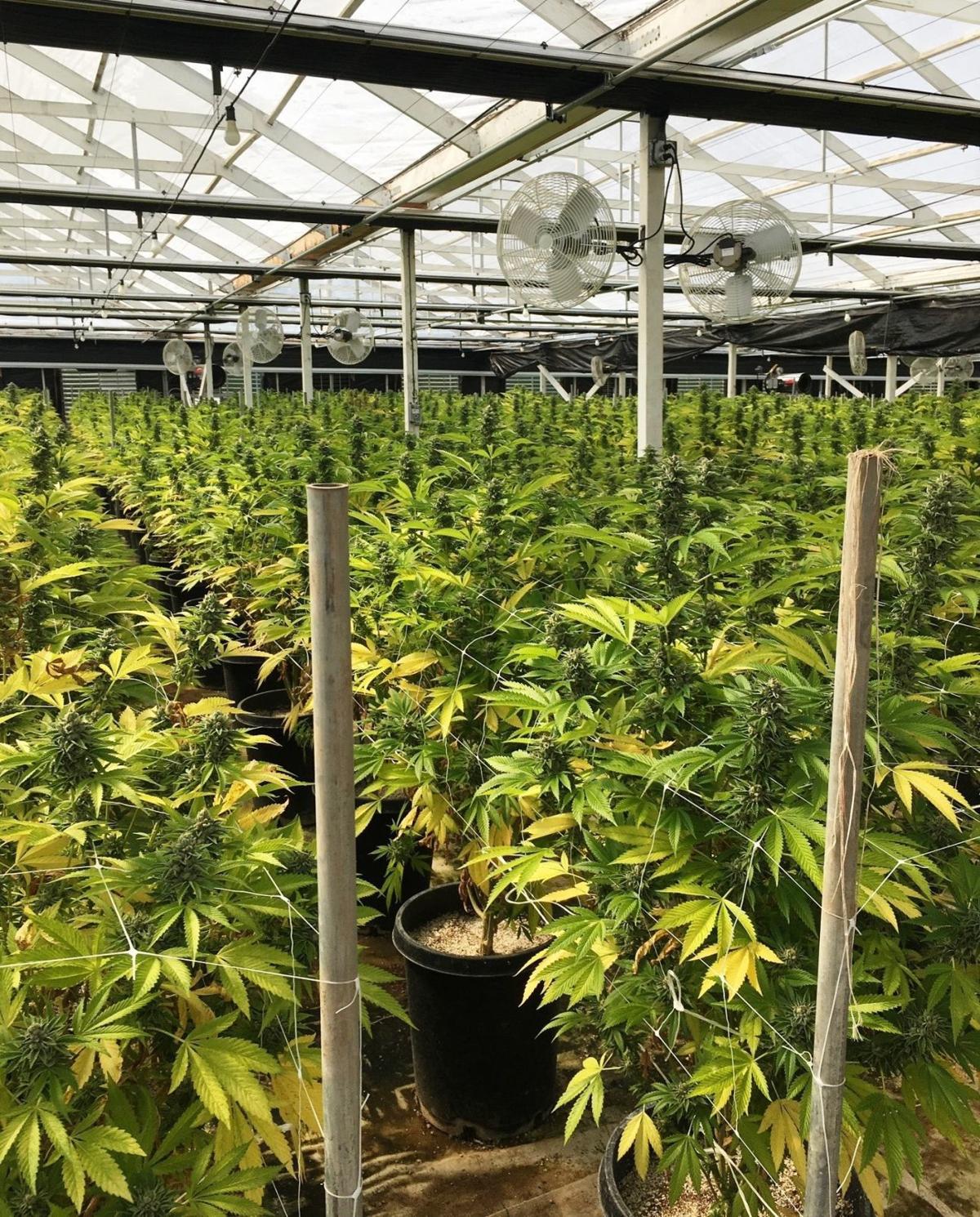 Cannabis plants are shown growing inside a facility in the 2100 block of Via Real in Carpinteria. The operation was raided April 24 by the Santa Barbara County Sheriff’s Cannabis Compliance Team. 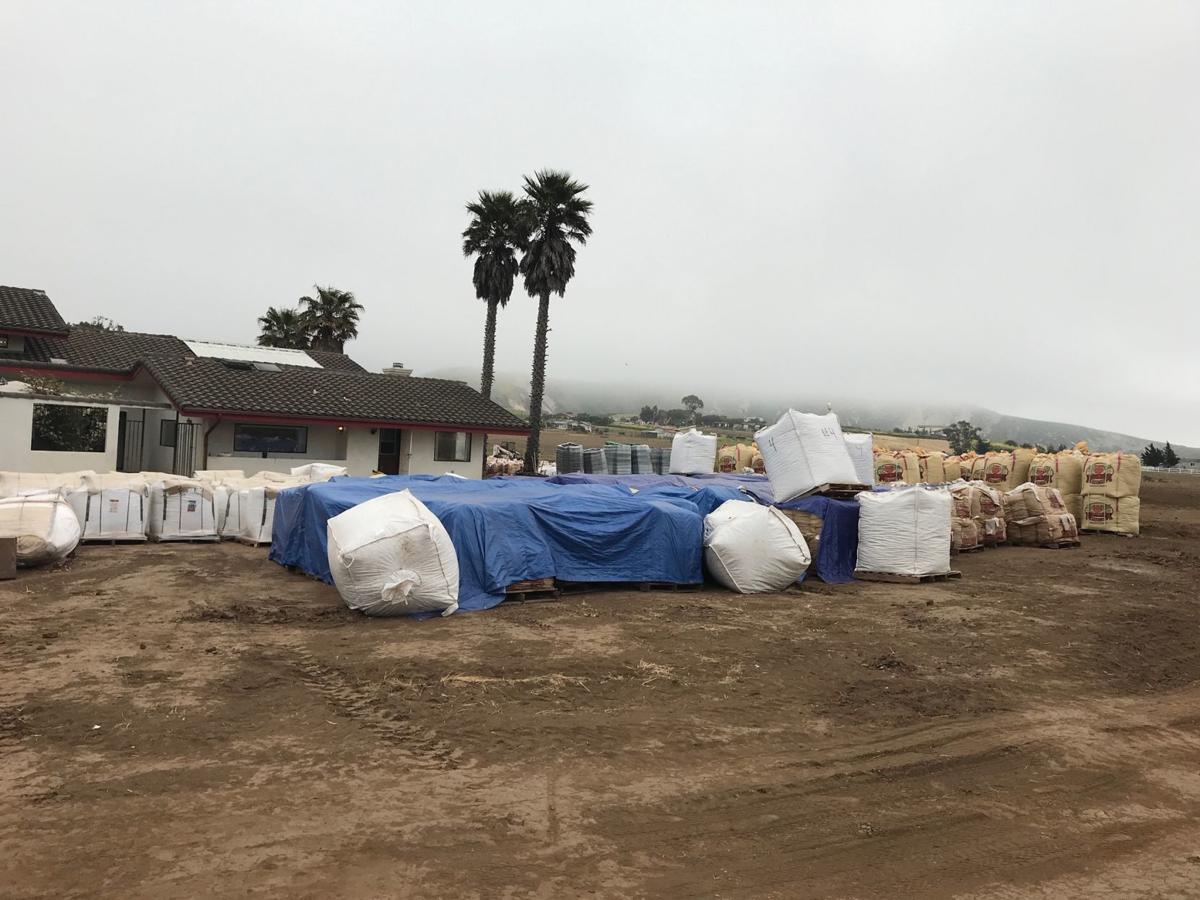 Cultivation materials are stacked outside a facility near Lompoc that the Sheriff's Office suspects was being prepped for an illegal cannabis grow.

A suspected illegal indoor cannabis operation in Carpinteria was raided last week by the Santa Barbara County Sheriff’s Cannabis Compliance Team, which then launched an investigation into another facility near Lompoc that detectives believe to be connected to the first.

The Carpinteria operation had been the subject of a “lengthy investigation” involving an invalid cannabis license and several neighborhood complaints, according to the Sheriff’s Office.

The Cannabis Compliance Team on April 24 served a search warrant at the facility in the 5800 block of Via Real, and officers reported locating about 35,000 cannabis plants in various stages of growth and cloned plants along with about 200 pounds of dried product.

“The facility also appeared to have an inoperable odor mitigation system and large commercial generators, which appeared to be used to offset the power required to operate the facility,” read a portion of a report from Sheriff’s Office spokeswoman Kelly Hoover.

Under county ordinances, indoor cultivation operations are required to have odor control systems and generators are not allowed.

“Upon conclusion of the investigation, all planted cannabis was eradicated, and the dried product and other evidence was seized,” Hoover said.

The next day, April 25, the Cannabis Compliance Team served a search warrant at a suspected grow in the 2100 block of Sweeney Road, less than a mile east of Lompoc.

That site, which the Sheriff’s Office reported was related to the Via Real operation, was registered under a different name.

Although no planted cannabis was located at that site, the location was being actively prepped for an approximate 29-acre outdoor cannabis grow, according to the Sheriff’s Office.

The owner of the Sweeney Road operation declined to meet with detectives at the time of the search warrant service, but a court date for his mandatory appearance was provided to his attorney’s office, the Sheriff’s Office reported.

One man was arrested and cannabis products and packaging, a honey oil lab, illegal firearms and ammunition were seized Tuesday when search war…

The Sheriff’s Office provided no further details, citing the active nature of the investigation.

The Santa Barbara County Cannabis Compliance Team was founded in June 2018 and consists of personnel from several county departments.

The team primarily focuses on unlicensed and illegal cannabis operations within the county.

Aiding the team in last week’s operations was the Santa Barbara County District Attorney’s Office, the Sheriff’s Narcotics Team and the California Department of Fish and Wildlife.

Sharyne Merritt: Cannabis a threat to other crops

For the past 15 years a local agriculture company has been spraying my avocados for persea mites and avocado thrips with Entrust, a certified organic product. Persea mites cause defoliation and low yields. Avocado thrips cause scars that cut wholesale price by half. But this year they won’t spray Entrust or any conventional pesticides for that matter because of fear of lawsuits from cannabis growers. They are one of only three licensed, insured appliers that serve Carpinteria. The second also will no longer spray in Carpinteria for the same reason.

Santa Barbara County could become one of the nation’s leading cannabis sources, providing an opportunity for those already being squeezed out of other crops by competition and costs, based on an economist’s review of issues delivered Tuesday at the North County Economic Summit in Santa Maria.

Cannabis plants are shown growing inside a facility in the 2100 block of Via Real in Carpinteria. The operation was raided April 24 by the Santa Barbara County Sheriff’s Cannabis Compliance Team.

Cultivation materials are stacked outside a facility near Lompoc that the Sheriff's Office suspects was being prepped for an illegal cannabis grow.