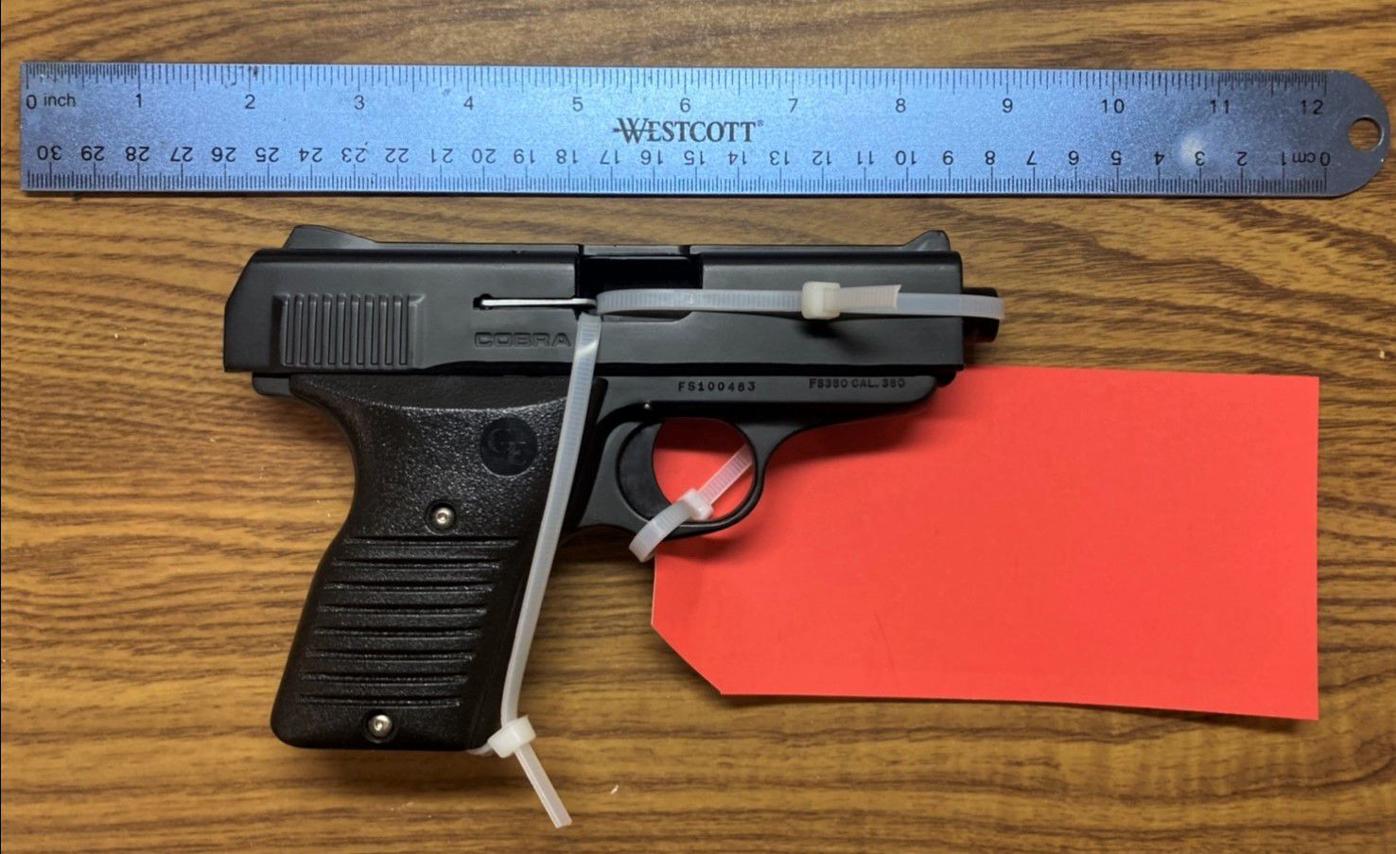 A .380-caliber handgun was allegedly found loaded and in the possession of a Bakersfield man who was arrested Aug. 10 in Santa Maria by Santa Barbara County sheriff's deputies. 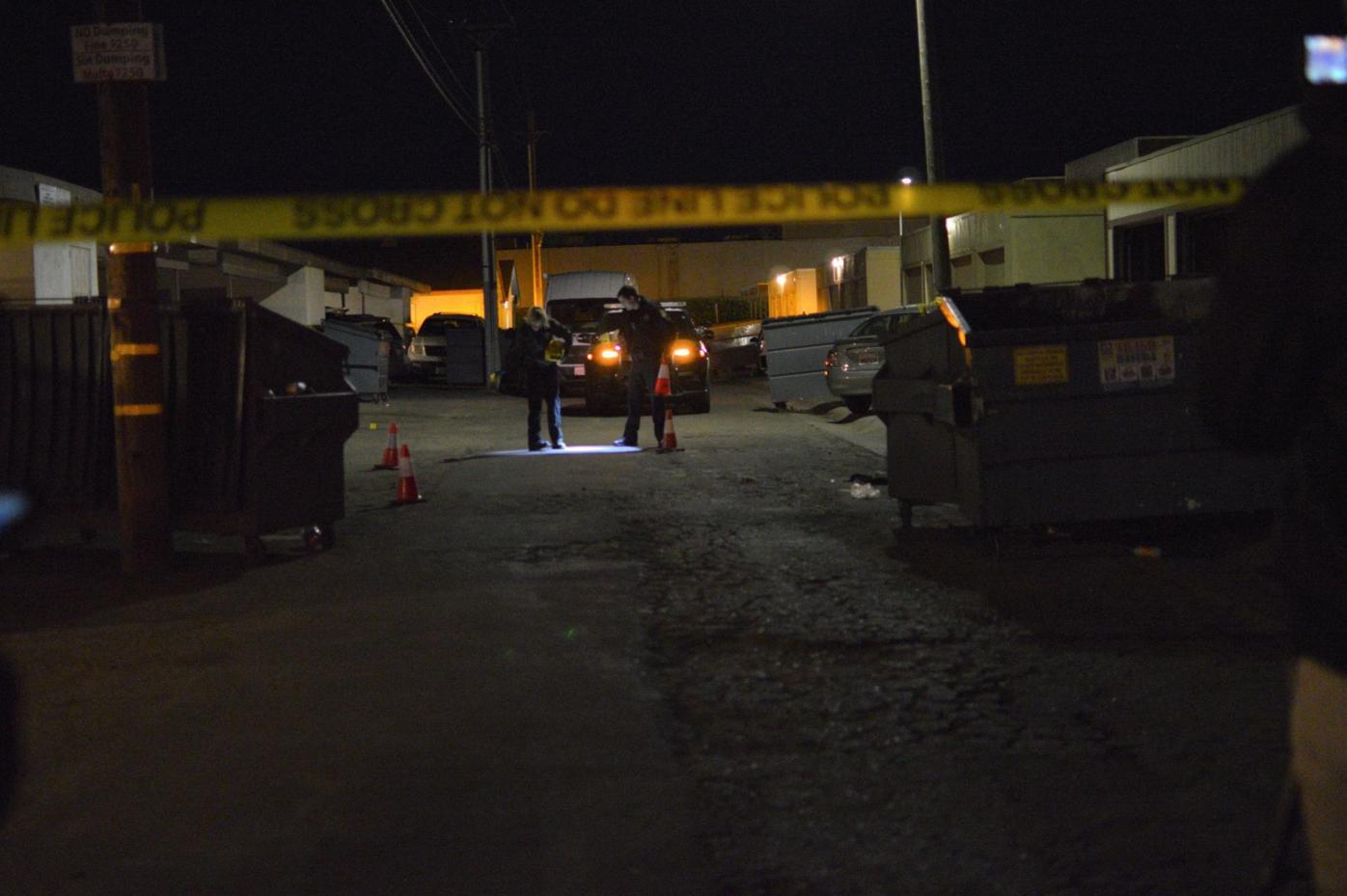 Santa Maria Police Department Crime Lab technicians process the scene of a shooting that injured an 18-year-old man in the 300 block of West Newlove Drive on Nov. 30.

A .380-caliber handgun was allegedly found loaded and in the possession of a Bakersfield man who was arrested Aug. 10 in Santa Maria by Santa Barbara County sheriff's deputies.

Santa Maria Police Department Crime Lab technicians process the scene of a shooting that injured an 18-year-old man in the 300 block of West Newlove Drive on Nov. 30.

Illegal gun seizures across Santa Maria have increased by more than 30% over the past year as police officers use license plate readers and data to crack down on firearm offenses.

Compliance checks conducted on Dec. 14, 2021, resulted in two firearm-related arrests and uncovered a victim of an unreported shooting.

During the operation, a team of 21 officers and deputies from the Police Department, Sheriff's Office and state Parole Office fanned out across the city, visiting locations where individuals on probation and parole are known to live, according to Santa Maria Police Lt. Terry Flaa.

The three people arrested were not identified, although two were firearms-related arrests, and police allegedly seized a high-capacity magazine and an illegal handgun during the operation. After one search, officers discovered that an individual was a victim of a recent shooting, although the person did not cooperate in providing details to team members, according to Flaa. The shooting is now under investigation.

An 18-year-old man was shot multiple times Tuesday on West Newlove Drive and was transported to the hospital for treatment, according to a Santa Maria Police spokesman.

The seizures were made through a series of search warrants and compliance checks conducted at numerous locations and also have resulted in numerous firearms-related arrests over the last 12 months, although an exact number could not be immediately provided, according to Flaa.

Efforts were aided by technology, such as a license plate reader system that was installed in the city earlier this year.

On April 20, 2021, the Santa Maria City Council voted 4-1 to approve a $240,000 request from the SMPD for the readers, which will ultimately be a one-for-one replacement of the city's 31 crime cameras, according to Chief Marc Schneider.

Concerns over privacy with license plate readers have been raised, including the sharing of data with other law enforcement agencies, according to Karen Gullo, an analyst with the Electronic Frontier Foundation.

Location-based data can be used to reveal intimate details of someone's life that might not necessarily be relevant to an investigation, Gullo added.

However, Flaa said the license plate readers and a crime analyst hired recently to link data together have helped improve the SMPD Crime Lab's ability to process firearm evidence. Detectives also have been better able to link guns to other crimes where little to no evidence or information was available.

Two shooting incidents are under investigation by the Santa Maria Police, including one that injured a 17-year-old male Thursday, according to…