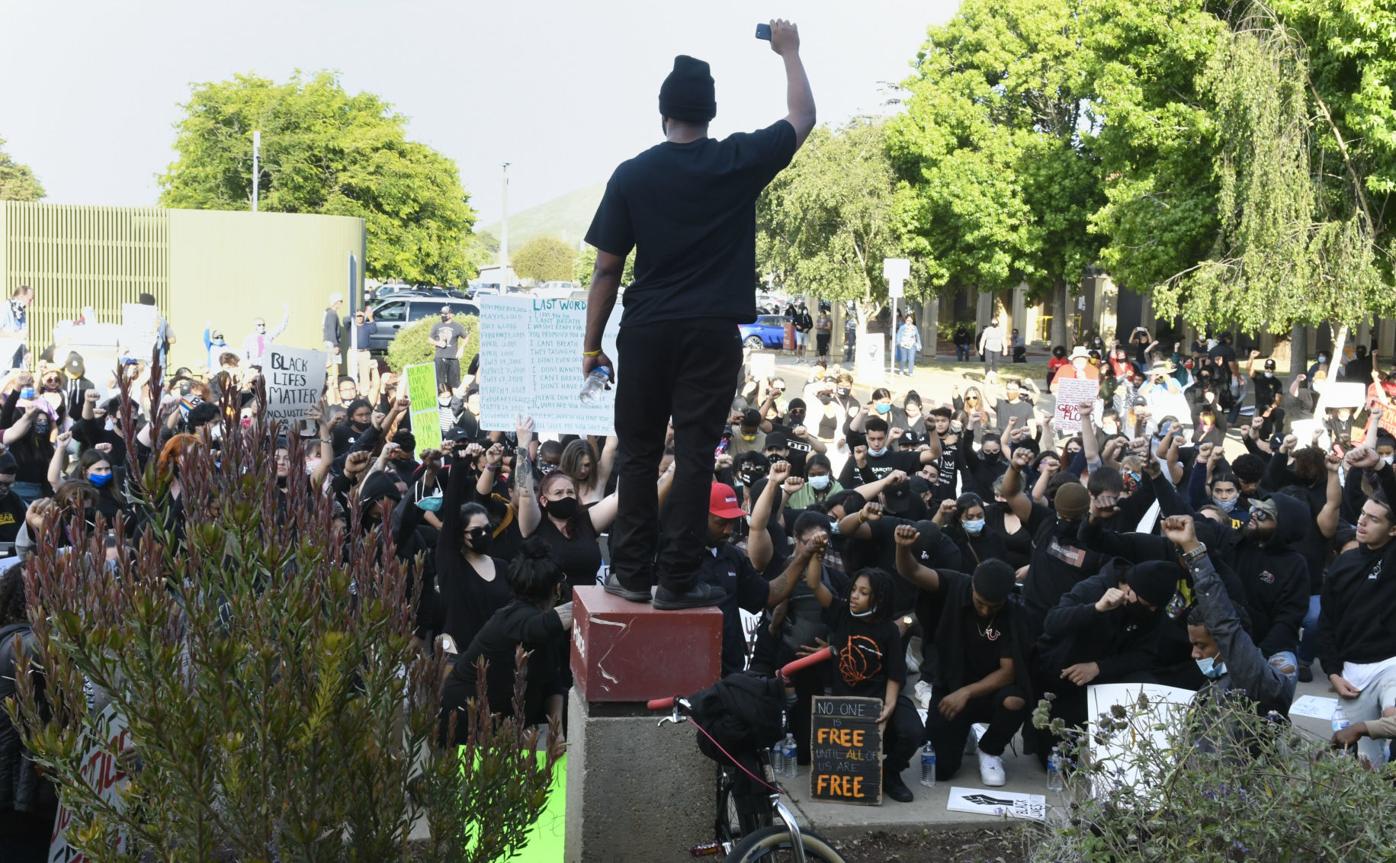 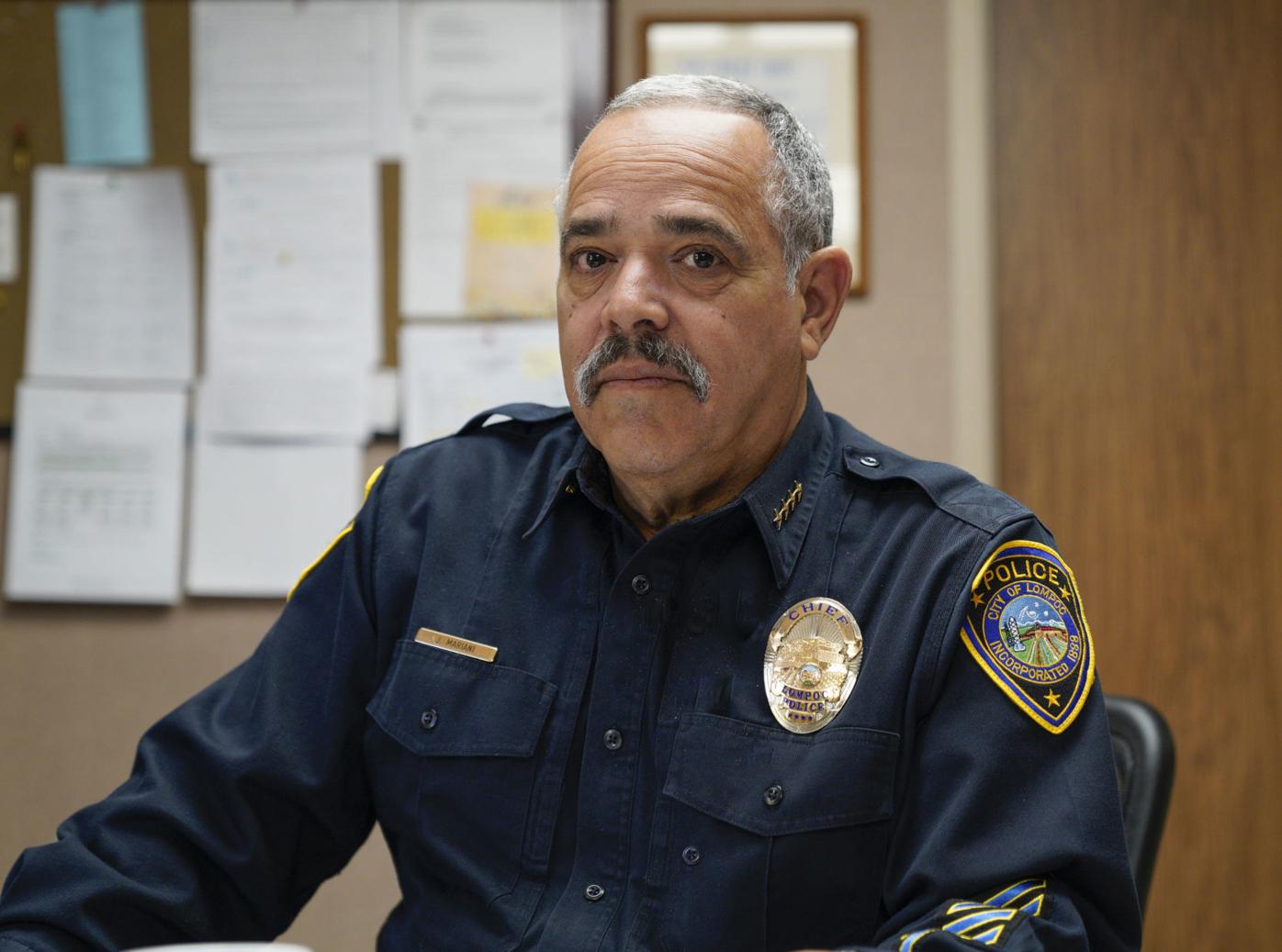 Lompoc Police Chief Joe Mariani said he understands the emotions behind the "Defund the Police" movement but is not on board with defunding his department. 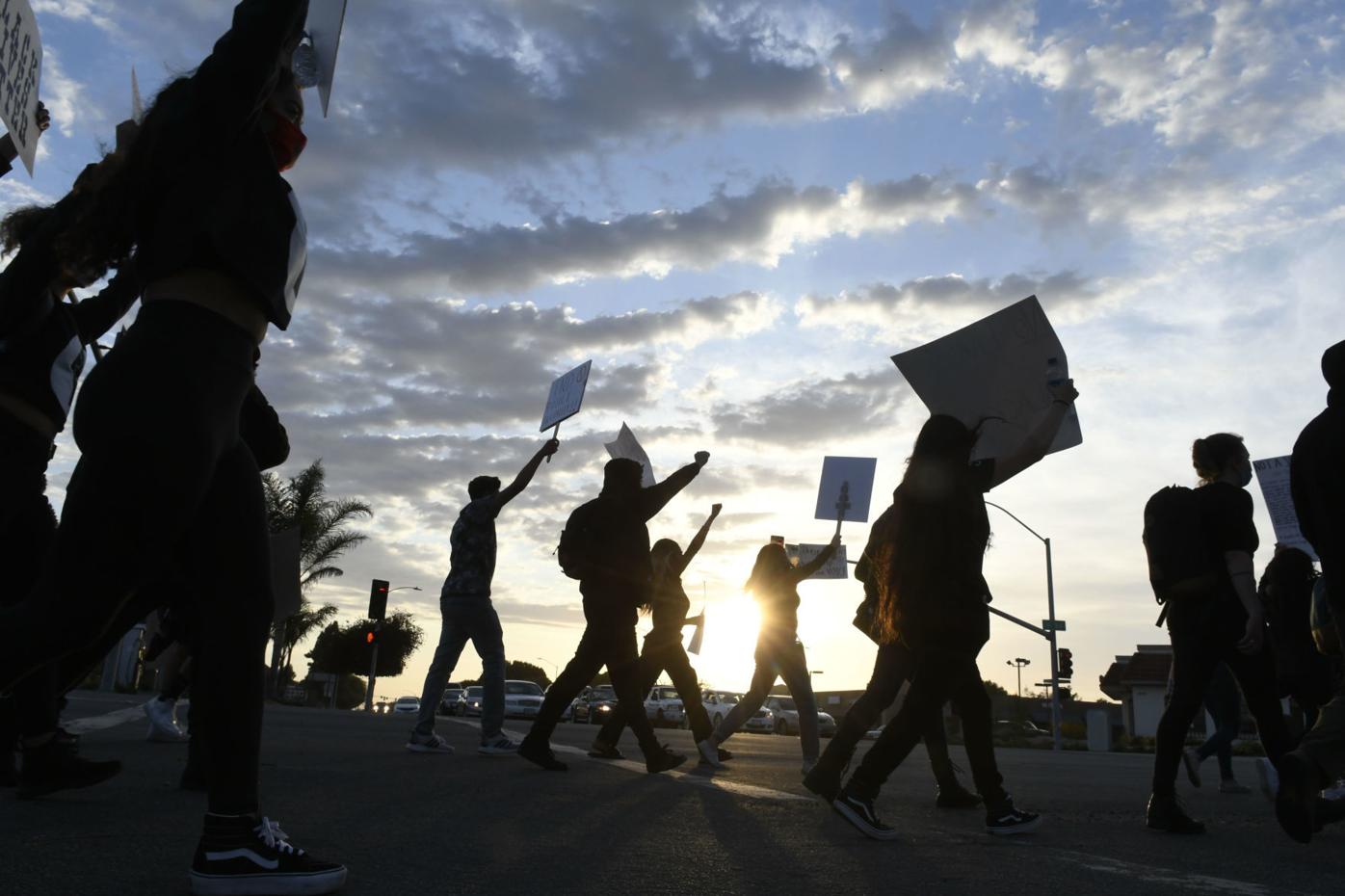 People gather for a June 2 protest in Lompoc against the death of George Floyd and racial injustice. 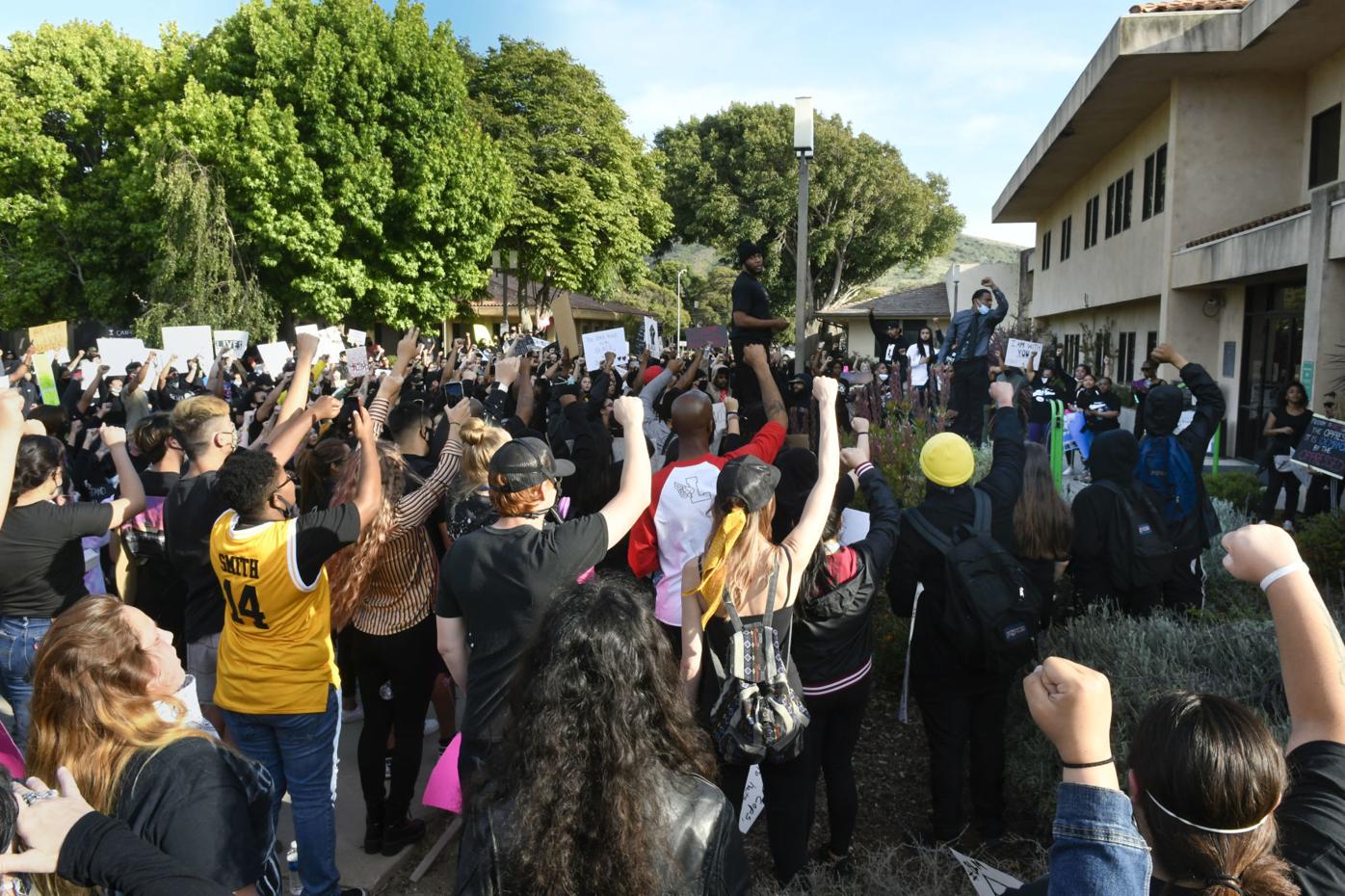 Lompoc Police Chief Joe Mariani said he understands the emotions behind the "Defund the Police" movement but is not on board with defunding his department.

People gather for a June 2 protest in Lompoc against the death of George Floyd and racial injustice.

When Lillian Street approached the microphone to address the Lompoc City Council on Tuesday night, she acknowledged that what she was about to say might sound extreme.

Street admitted that if it were just a few weeks prior, her comments would have sounded too radical even to her.

But, she said, “they keep killing us.”

Street, who is Black, was among a dozen community members that night who implored Lompoc’s governing body to reallocate money away from the city’s police department and instead redirect those funds to social programs and other services that could address the underlying causes of crime, cutting down on the need for armed policing.

The so-called “Defund the Police” movement has gained a groundswell of support in recent weeks following the killing of George Floyd, an unarmed Black man who died after a Caucasian police officer in Minneapolis knelt on his neck for more than eight minutes on Memorial Day.

The concept of defunding police, which has been endorsed by the Black Lives Matter organization, was a major focus of Tuesday’s City Council meeting, which included comments both in favor of and opposed to the idea.

The meeting also saw the first public comments regarding the movement from Lompoc Police Chief Joe Mariani, who shared in the outrage regarding Floyd’s killing while also defending his own department, which he noted has handled around 15,000 calls for service — for a wide range of issues — just since the start of this year.

“What if the police were not responsible for all 15,000 of the calls that come in? What if we focused on healing our community members in order to benefit the community as a whole?” Street said, before recommending an approach to divest from police and invest in social services.

“There will come a time when we need some heavy muscle and a gun,” she added, “but those are not the majority of the calls made.”

The push came on the heels of at least four public protests in Lompoc following Floyd’s death, including one at City Hall ahead of Tuesday’s meeting.

The Lompoc Police Department’s budget, according to the city’s 2019-21 biennial budget, is $22.5 million and accounts for 30% of the city’s general fund expenditures.

In addition to boosting social services, many of the speakers who supported reallocation of those funds suggested using a significant portion of the money to establish a civilian review board made up of community members to oversee the police department, and for the city to institutionally support events that promote diversity, like community celebrations for Black History Month, Cinco de Mayo, Gay Pride and Native American Day.

“We also would like for the police department to develop some community collaborations, so that we can build that trust and we can start engaging back with the community,” said Lompoc resident Shawndel Malcolm, who is Black. “For me, I don’t want my daughter, for her first encounter with the police department, to be them falsely arresting her or accusing her of something. I want my daughter to be able to respect that police officer.”

Mariani, who is Lompoc’s first Latino and bilingual police chief, said he understood the emotions behind the movement, but he was not on board with defunding his department.

“We have a special police department,” he said. “They’re not perfect — I’m not perfect — but I think we do an outstanding job. And there is definitely a reason to be angry because all of us are appalled with what happened [to Floyd]. We find it disgusting, repulsive, [and] we don’t condone that kind of behavior.”

Mariani led a presentation to the council in which he outlined his department’s policies on use of force, all of which are available online in the department’s 739-page manual, and noted that his officers’ training goes beyond the legal minimum.

Mariani also pointed out that his department hasn’t had an encounter involving death or serious injury in four years, and that it hasn’t utilized an upper-body choke-hold in 18 years.

In response to calls from some residents for the Lompoc police to employ body cameras, Mariani said he couldn’t afford them at present. He noted, though, that the department has used Watch Guard, an in-car camera system, since 2017 and has found it effective. He said that the footage from those cameras is automatically uploaded to a server and suggested it can’t be manipulated by officers.

“I would prefer to have body cams because now the quality is a lot better, but in-car video has been very useful for us, too,” he said. “When we review incidents or disciplinary matters, we have that video.”

Near the end of Tuesday’s City Council meeting, Councilman Jim Mosby requested that a discussion about police body cameras be placed on a future agenda.

Some of the speakers opposed to the defund movement took issue with the timing.

There were seven homicides in Lompoc in 2019 — an unusually high number for the city — and several more shootings. The violence gripped the city for much of the year, and voters approved a sales-tax increase in March, at least in part because city leaders said the increased revenue would be used to maintain and perhaps bolster the police department.

“Handicapping our [police department] even further would be irresponsible and unwise,” resident Sylvia King told the City Council. “Yes, the use of racial profiling and use of excessive force should be highly discouraged and forbidden. But our cops need to know that we have their back; their job is already hard enough.”

Many of the defund advocates said they felt the change would prove to be beneficial for both the police department and the community.

Raelyn Person, who helped organize some of the recent protests in Lompoc, said she would like to see police officers serve on the oversight board alongside their fellow community members, and for officers to spend more time interacting with people, instead of arresting or threatening them, in heavily-policed neighborhoods.

“Our goal is to achieve harmony and peace in this town,” she said. “We all deserve to live a life where we shouldn’t have to look over our shoulder and fear for our lives. Accountability should be a two-way street for both citizens and those who are sworn to protect them. Give us a chance to not only save our community, but for those who serve this community to also be a part of this restoration of Lompoc.”

While Mariani said he would like to have the funds to do more community outreach, he said he felt his department was positioned better than most, in large part because his officers are so intertwined with the community.

“One of the things I love about Lompoc … is that it’s unique,” he said. “The officers that work this department and serve you — and I want to put that emphasis on serving you — they’re not mercenaries. They don’t come from some rural areas or other states. They’re part of this community.

“The vast majority of them grew up here, they went to school here, their families live here,” he added. “When you go to church, they sit next to you. They coach your kids in sports. They know many of the people they have arrested. So it’s totally different. Are we perfect? Absolutely not. But we sure work hard on trying to be that or [meeting] that standard.”

As a native of Los Angeles, Mariani noted that he had personally experienced riots and periods of racial unrest, both as a child and an adult, in his hometown. Still, he said these past few weeks had “left an indelible mark” on his career and that he will continue doing his best to make sure that incidences of racial bias don’t plague his department.

“We are not Minneapolis,” he said.

'We need a voice': Hundreds participate in peaceful protest, march through Lompoc

At least 400 people took part in the rally, which was arranged by several local young adults in response to the death of George Floyd, a black man who was killed by police officers on Memorial Day in Minneapolis, Minnesota.