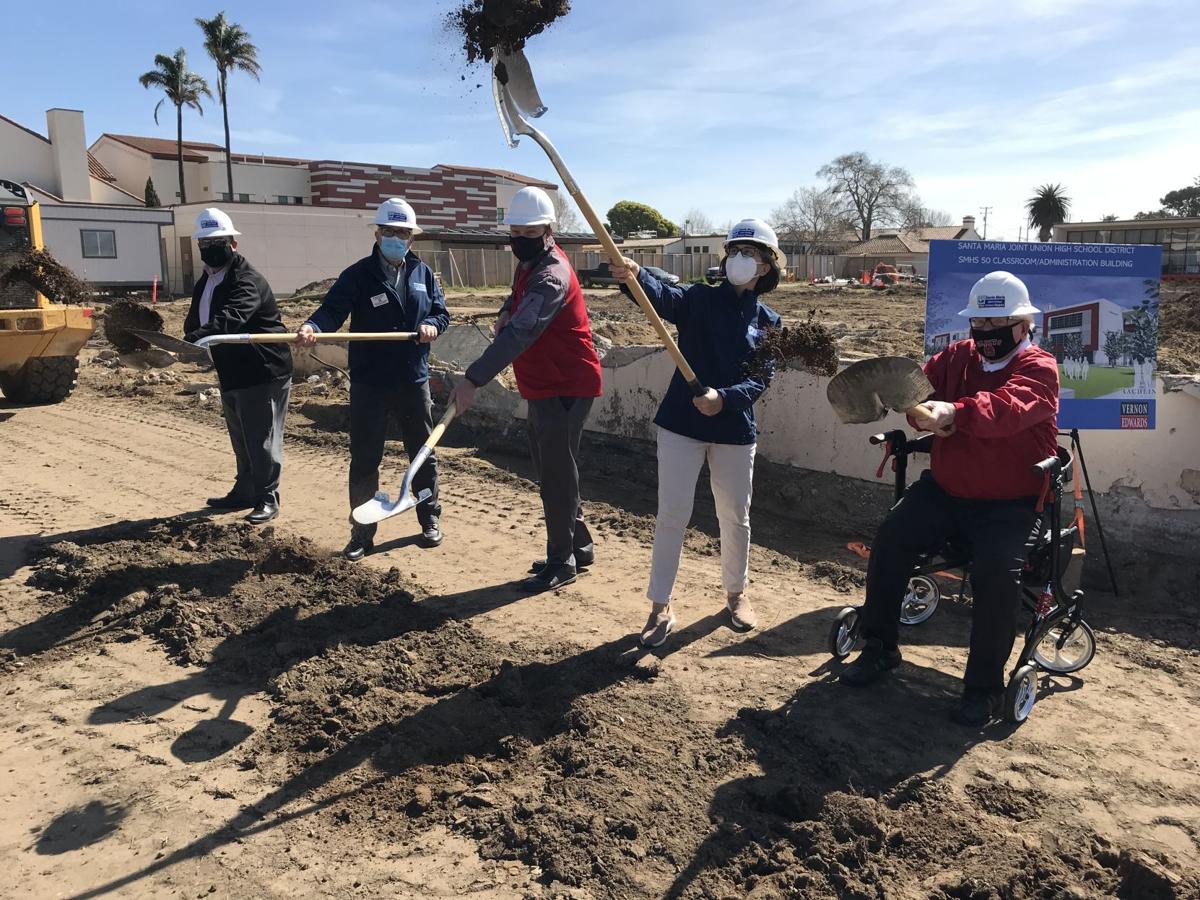 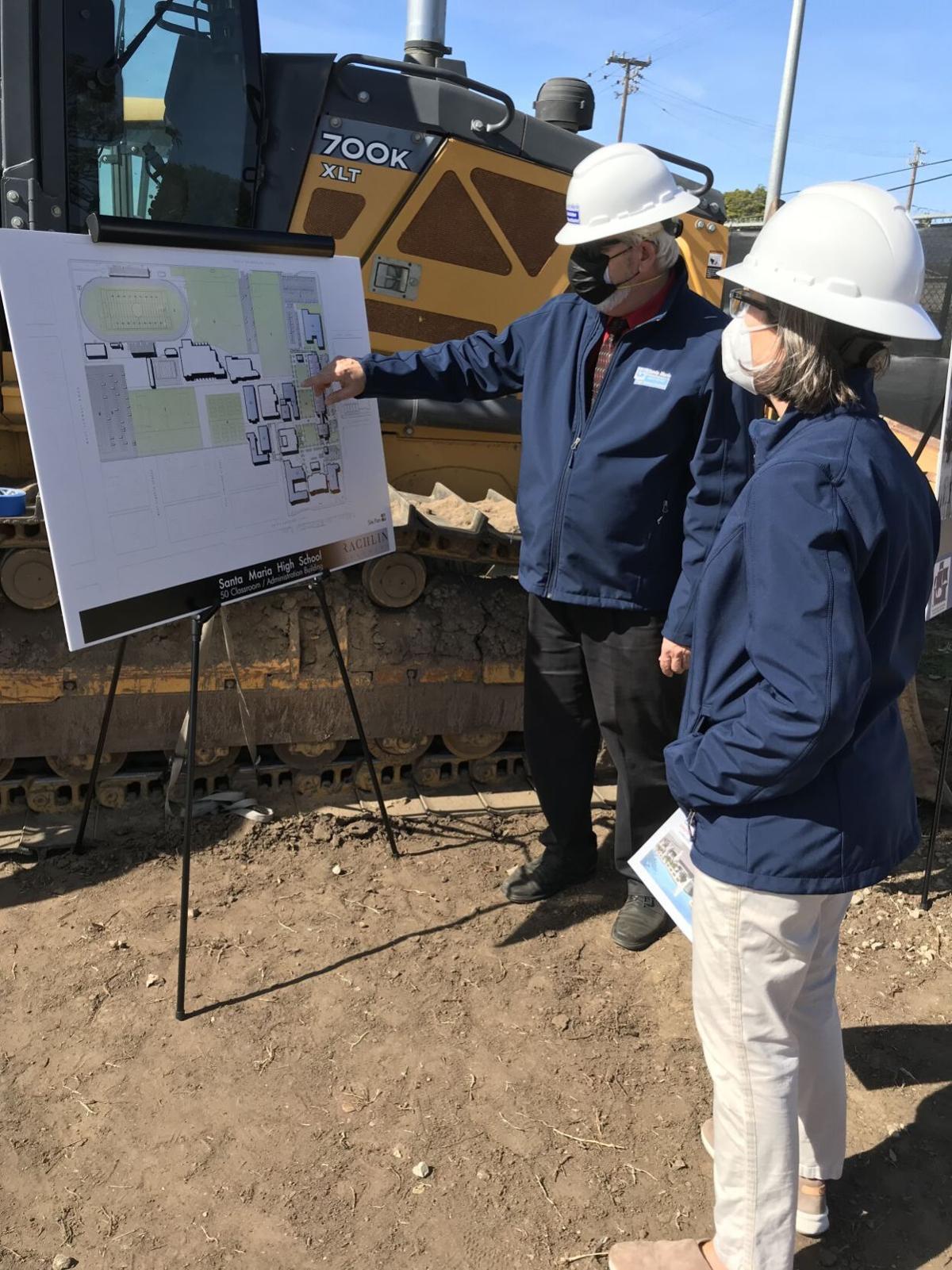 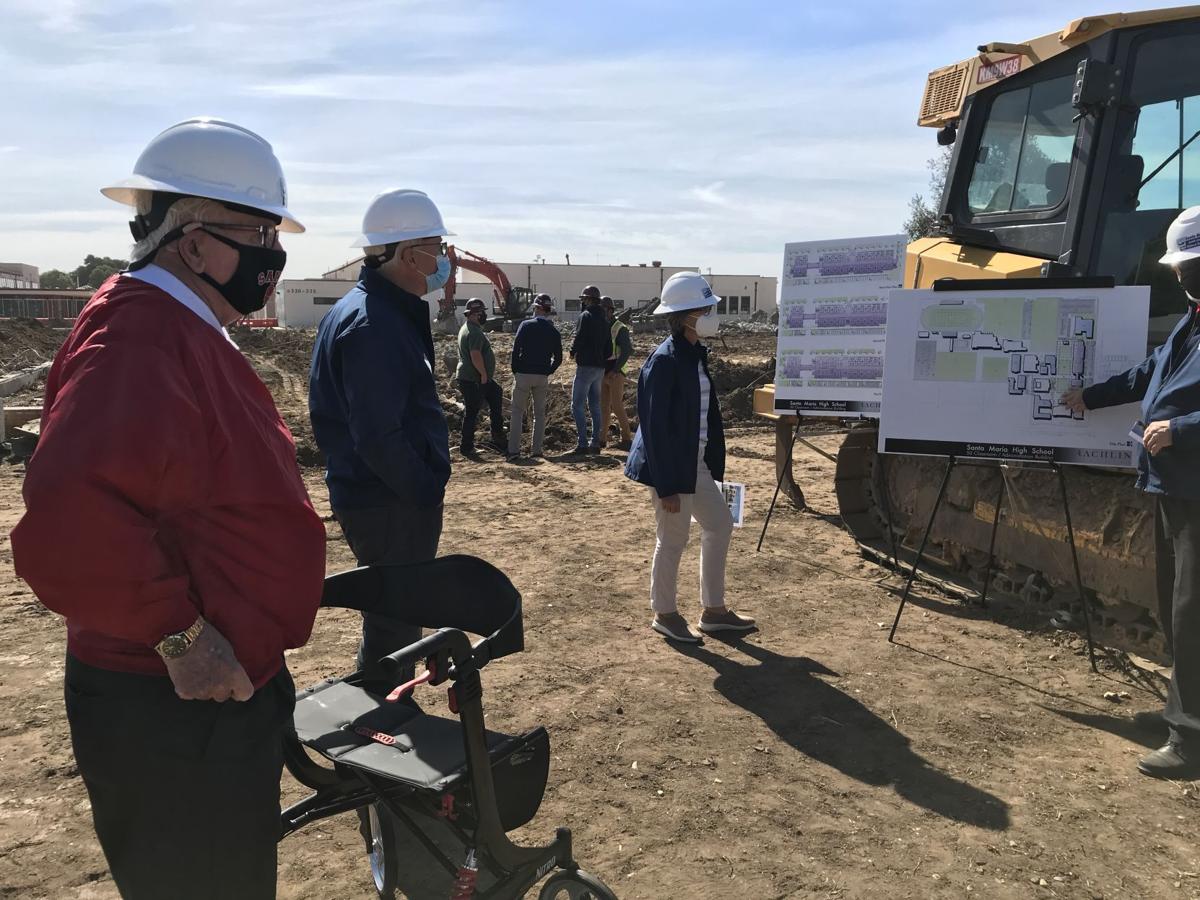 Santa Maria Joint Union High School District Board of Education President Dr. Jack Garvin and board members Dominick Palera and Carol Karamitsos, from left, hear how moving the administration offices to Morrison Avenue will ease congestion on the dead-end Camino Colegio where the offices are currently located.

Santa Maria High School officially broke ground Tuesday for construction of a new three-story building on the north side of campus that will house 50 classrooms and administration offices when it’s completed around April 2023.

“It’s a game changer for our students and community,’’ said Dr. Jack Garvin, school board president. “It brings a major area of campus into this century.’’

The 88,774-square-foot structure facing Morrison Avenue will contain 44 “21st century” classrooms, five science labs and a culinary arts classroom, according to an information sheet from the school.

Classrooms will include moveable whiteboard walls, mounted big screen monitors with the capacity to display images from the teachers’ tablets, desks and chairs on wheels that can be separated into various arrangements and other learning aids, said Kenny Klein, public information officer for the district.

The new permanent classrooms will lead to eliminating nearly all the portable classrooms on campus, Klein said.

About 22 classrooms already have been relocated on campus, and demolition of old structures on the site started about three weeks ago, he said.

In addition to the classrooms, the building will house site administration and the counseling, special programs, health and student services offices currently located on the south side of campus on Camino Colegio.

The architecture of the structure is designed to complement the style of the older buildings on campus, including the adjacent Ethel Pope Auditorium, and will include a bell tower, calling to mind the bell tower that stood on campus until it was demolished in the 1970s due to changes in earthquake standards.

But beneath the exterior, it will incorporate such energy-saving measures as LED lighting and modern climate control systems, Klein said.

The estimated cost of the facility is about $59.5 million, and construction is being funded through Measure H, which was approved by voters in 2016.

Klein said the groundbreaking ceremony was held without public participation due to health and safety concerns posed by the ongoing COVID-19 pandemic, but the district plans to conduct a “more dignified” public grand opening ceremony after the building is completed in 2023.

The 1969 Santa Barbara oil spill became a flashpoint for the founding of the environmental movement. 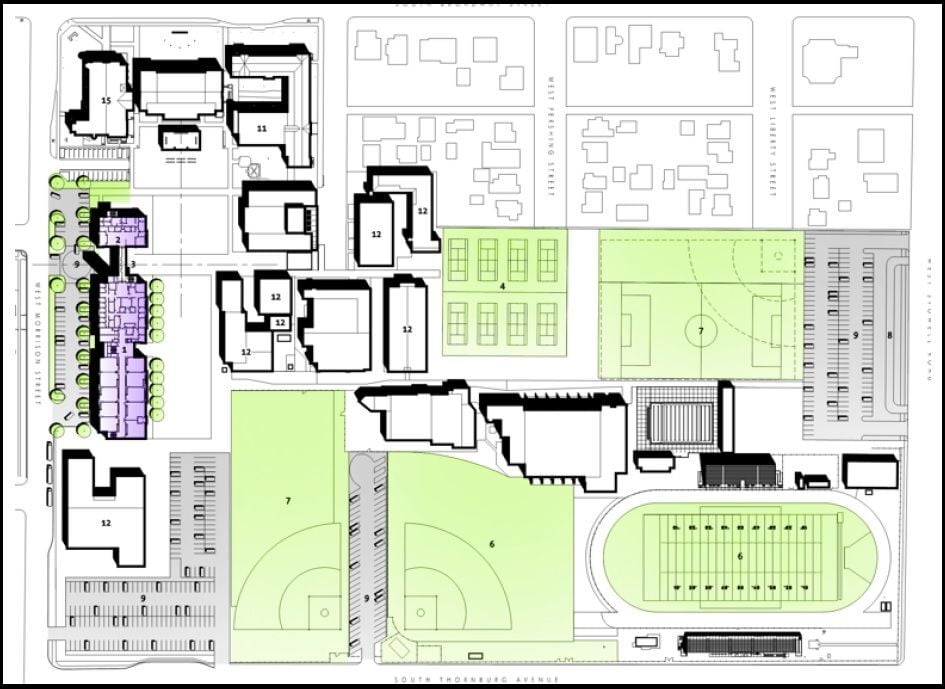 A map of the Santa Maria High School campus shows the footprint of the new building, in lavender, that will house 50 classrooms and school administration offices on the north side along Morrison Avenue, where additional visitor parking will be provided.

Santa Maria Joint Union High School District Board of Education President Dr. Jack Garvin and board members Dominick Palera and Carol Karamitsos, from left, hear how moving the administration offices to Morrison Avenue will ease congestion on the dead-end Camino Colegio where the offices are currently located.