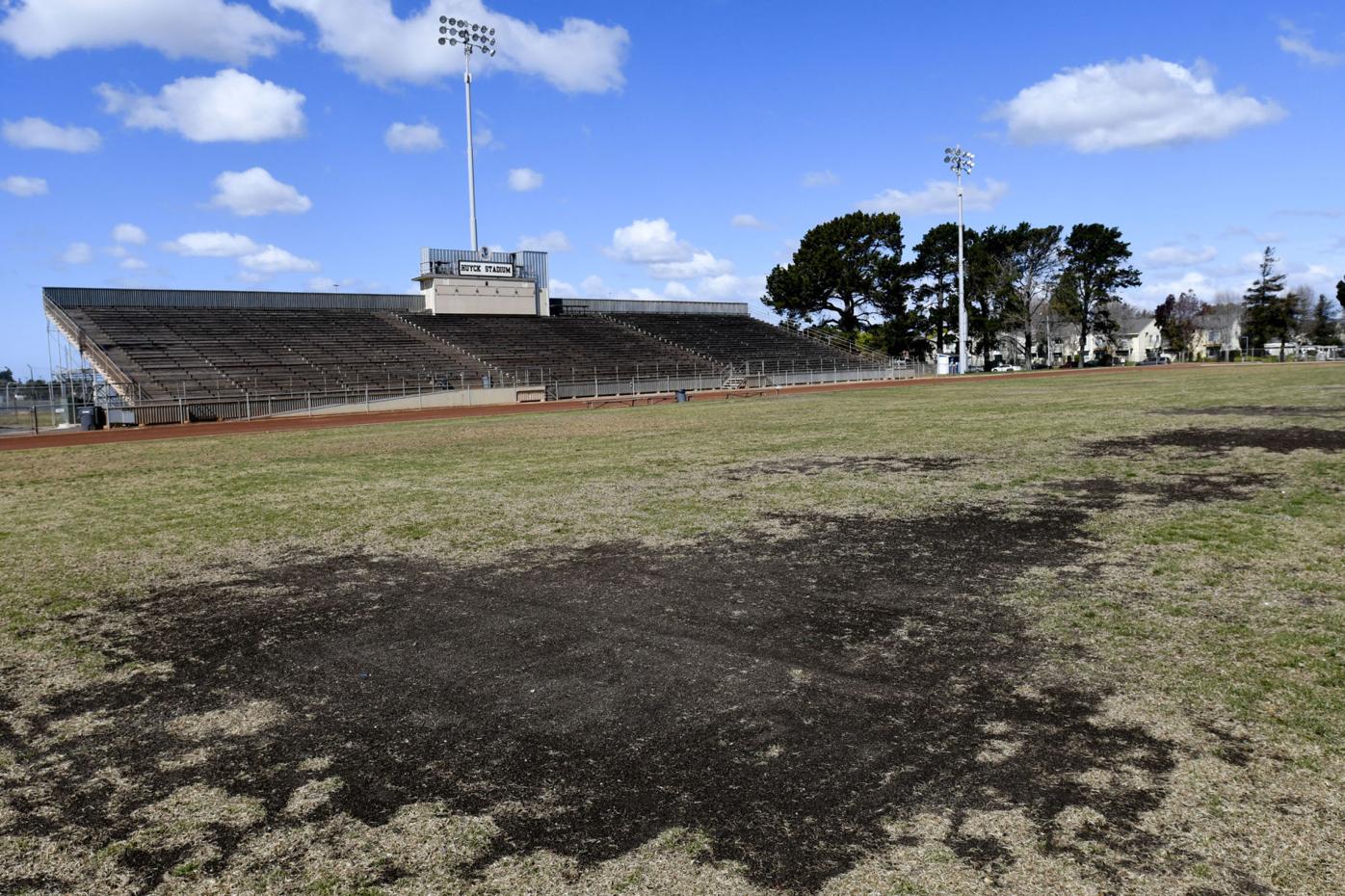 This Feb. 27 file photo shows how the grass is worn away from the area in front of the soccer goal on the field at Huyck Stadium in Lompoc. A community group that launched a capital campaign to raise funds to renovate the track and field announced Thursday that the Rotary Club of Lompoc has pledged what will likely be a significant donation. 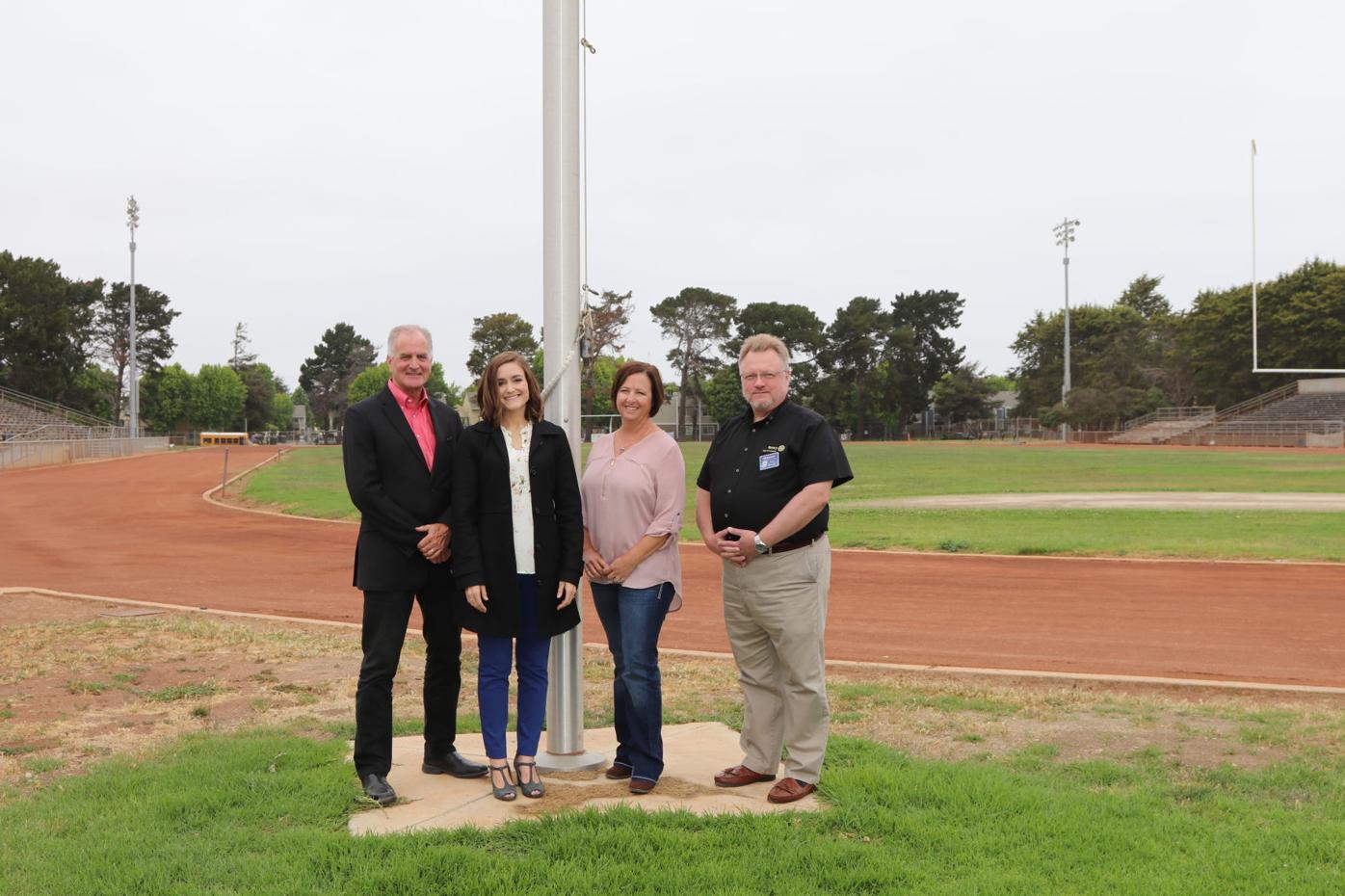 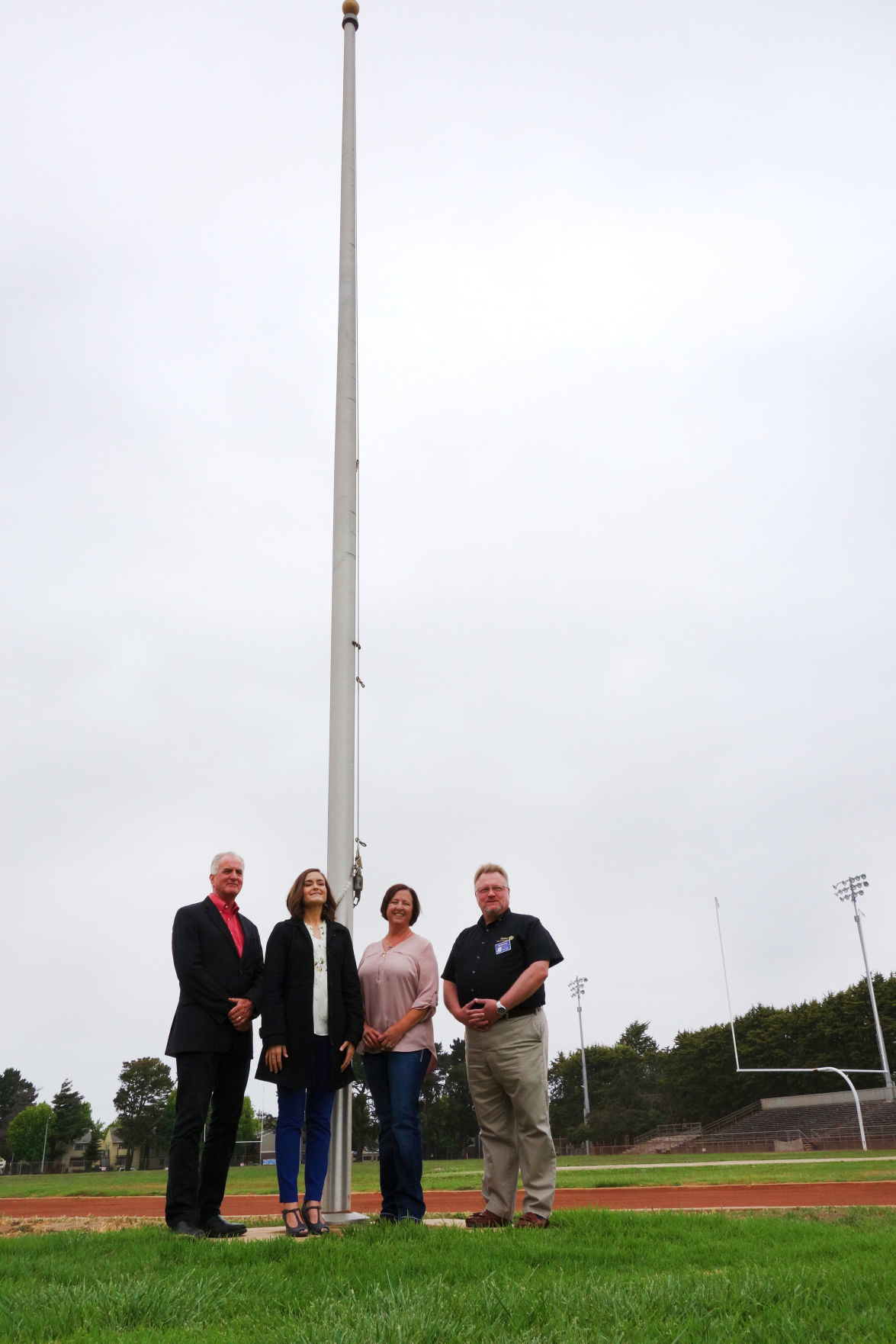 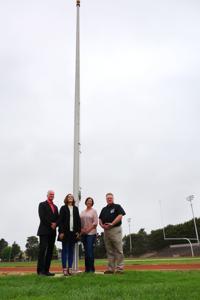 This Feb. 27 file photo shows how the grass is worn away from the area in front of the soccer goal on the field at Huyck Stadium in Lompoc. A community group that launched a capital campaign to raise funds to renovate the track and field announced Thursday that the Rotary Club of Lompoc has pledged what will likely be a significant donation.

The Rotary Club of Lompoc has pledged what will likely be a sizable donation toward the remodel of the track and field at Huyck Stadium, project organizers revealed Thursday.

The Campaign for the Lompoc Community Track and Field, which was formed to help raise half of the $2.4 million estimated cost of the project, will be the recipient of the funds generated at the 33rd annual Rotary Club of Lompoc Wine Tasting event, which is scheduled for February 2019. The event has historically raised about $25,000 each year.

The track and field renovation project is a partnership between the Lompoc Valley Community Healthcare Organization, which organized the campaign, and Lompoc Unified School District, which has pledged to cover the other half of the cost.

“We are truly excited that the Rotary Club recognizes the importance of this project for all members of the Lompoc community,” said Ashley Costa, who is the campaign co-chair and executive director of the Lompoc Valley Community Healthcare Organization. “We are grateful for their leadership and their willingness to commit to the project with this wonderful pledge.”

In addition to pledging the fundraiser proceeds, the Rotary Club also secured sponsorship of the memorial flagpole within Huyck Stadium. A commemorative plaque is slated to be placed at the base of the flagpole to recognize the Rotary Club’s gift.

Ed Braxton, the president of the Rotary Club of Lompoc, said the organization was “really excited” to be a part of the project.

“Huyck Stadium is at the heart of a great many of the events that have become points of civic pride for Lompoc, such as the annual Fourth of July festivities, the Relay for Life and a competition space for our high school teams, to name a few,” he said. “What we have in front of us is a very real opportunity to help take Huyck Stadium to the next level as a competition and gathering place, as well as a place for our community members to use for their own fitness.

“This opens up so many more possibilities for Lompoc as a whole, and it really fits nicely with the ideals of our Rotary Club, which has been in the Lompoc community since 1925,” Braxton added. “Back in 2011, our club funded the improvements made to the press box at Huyck Stadium, so this is a space that is already near and dear to us.”

The proposed renovations to Huyck Stadium, which first opened in 1963, will primarily consist of converting the natural grass field to synthetic turf, switching the track from its loose red clay to a synthetic polyurethane — or “all-weather” — surface, and reconfiguring the track to the modern standard of 400 meters with nine lanes.

The Lompoc Valley Community Healthcare Organization was recently granted a fundraising extension through June 2019 by the LUSD board of education. Still, the current plan, according to Costa, is to begin construction this December and have the project completed by August 2019.

Braxton said the Rotary Club was “proud” to sponsor the flagpole.

“Our flag is a lasting symbol of what unites us, regardless of the different personal beliefs or experiences we have,” he said. “Unity is something that Rotarians all around the world strive to build in some way.”

The Rotary Club of Lompoc’s annual wine tasting and auction event has grown to be one of the most popular of its kind in the Lompoc Valley. The event brings together wine enthusiasts from all over to celebrate wines from the Santa Rita Hills and the greater Santa Ynez Valley. Several local breweries have also joined the event, which always raises funds to support local community improvement efforts.

The Community Track and Field campaign’s largest donor, to date, is the Santa Ynez Band of Chumash Indians Foundation, which announced in February that it would be providing $450,000 to the effort.

The campaign aims to raise $1.2 million, while LUSD has pledged to contribute another $1.2 million.

For more information on the campaign and/or project, visit http://lompoctrackandfield.com or call 805-736-4509.

The organization leading the way in the proposed $2.4 million renovation of Lompoc’s Huyck S…

Official fundraising efforts to support the construction of a brick walkway that paves the entrance of Huyck Stadium kicked off Aug. 30.