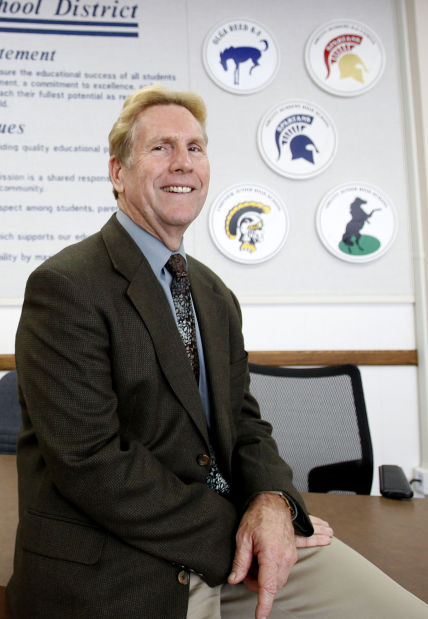 Orcutt Unified School District Superintendent Bob Bush will be retiring after 42 years with the district. 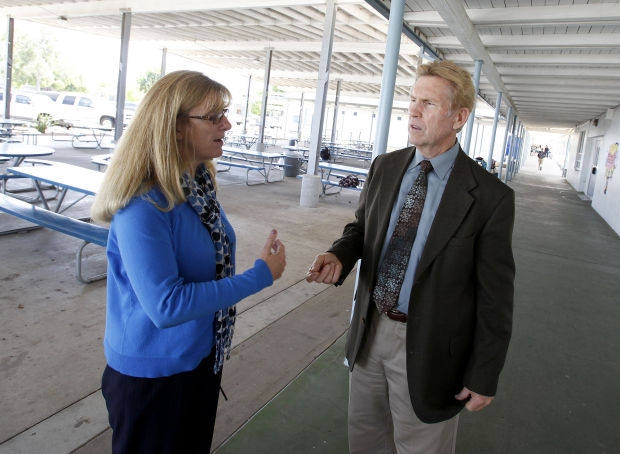 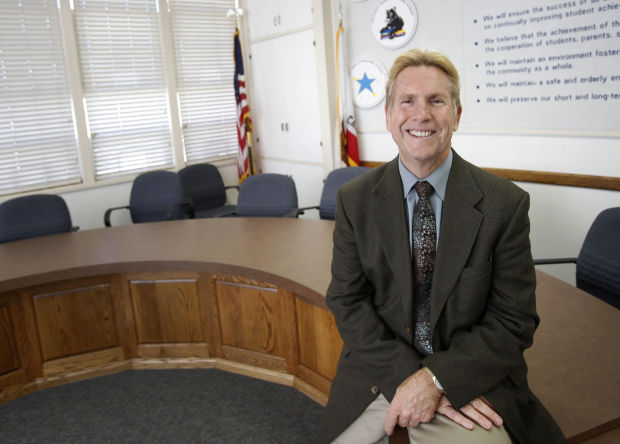 Orcutt Academy School District Superintendent Bob Bush. Bob will be retiring after 42 years with the district.

Orcutt schools superintendent Bob Bush, who is retiring this month after 42 years with the district, is the first to admit he’s been blessed to spend his life in the same friendly, small town.

It’s been a wonderful life.

But unlike George Bailey, the Bedford Falls, N.Y. hero played by Jimmy Stewart in the 1946 Christmas-time classic, Bush didn’t need angelic intervention to realize it.

“I’ve been fortunate,” Bush said with a smile that never seems to leave his friendly, familiar face. “To teach, be a principal and superintendent all in the same area... I’m pretty unique. You don’t see many people who have done this.”

Bush, who calls himself a dinosaur because of his unwillingness to move, said looking back he wouldn’t have changed a thing.

Like the fictitious Bailey, who wound up spending his entire life in a small New York town, Bush was born and raised in Orcutt, attending elementary school, junior high and high school there.

May Grisham was his second grade teacher at Orcutt Elementary School. The school was eventually named after her.

“I was raised in a house my dad and grandfather built just a block from here on Sores,” Bush said, waving his hand in the direction west of the district office and gazing out his office window like he could almost see the old place.

Unlike Bailey, however, who spent much of his life dreaming about leaving his home town, those thoughts really never crossed Bush’s mind, even though he had a couple of chances.

He loved his summer job after high school so much — he was a forester with the U.S. Forest Service, which stationed him in the far reaches of the Los Padres National Forest — that he considered making it permanent. But he took it to get money for college, and when the summer ended so did the job.

He spent four years at Chico State which could have lured him away, too. But after graduation he returned to the familiar Orcutt Hills to become a sixth-grade teacher at Patterson Road Elementary School, where he spent the first eight years of his career.

He went on to teach five years at Lakeview Junior High, one at Joe Nightingale and four at Pine Grove, giving him 18 years as a classroom instructor.

Teaching not only laid the foundation of Bush’s career, it also provided the cornerstone of his family life. He met his wife Debbie when she was substitute teaching at Patterson Road in 1976. Thirty-six years and two children later — Eric, born in 1982, and Brittany, born in 1986 — he’s still with the school district.

Not long after Brittany was born, the Bushes decided Debbie should stay at home and raise their children. That prompted Bob to get his administration credential.

He became principal at Patterson Road in 1990, spending 10 years there. He also served as principal at Lakeview Junior High from 2000 to 2007.

“My children had him as a principal at Patterson Road,” said Jim Peterson, president of the Orcutt school board. “He was a good leader then and he’s still a good leader.”

Peterson’s daughters, Heather and Courtney, are now 34 and 29, respectively.

“We hate to see him go, but there’s a time in everybody’s life where it’s time to slow down and do some other things,” he added. “We’re very fortunate to have an atmosphere in the district where people want to stay a long time.”

Bush moved into the district office in 2007 as assistant superintendent of educational services where he worked for three years. Sharon McHolland sort of foisted the superintendent job on him when she stepped down in 2010.

“It wasn’t even on my radar,” Bush said, of taking the superintendent position. “It’s kind of a political position and I’m not really a political person.”

During his tenure, Bush has seen the district through some difficult times and issues. Even though the Great Recession has receded, public schools are just now beginning to see their cash flow turn around.

“It was a good decision by the board because he understood the district,” Marysia Ochej, assistant superintendent of business services, said of Bush’s hiring. “We were going through difficult times. It would have been difficult for an outsider to come it at that time.”

Ochej has been with the district for 10 years and has worked in the district office with Bush for seven of them.

“I think Bob was the right person at the right time for this district, and I think he served the district very well. He knows the district and he has great relationships with the community. No matter where I went with Bob he knew everybody,” she added.

In one of the more painful moments of his career, Bush was at the helm when the district chose to close May Grisham School to make room for the Orcutt Academy High School. The move angered parents who didn’t want their children sent to another school, and neighbors of the campus, some of whom didn’t like the idea of a high school in their neighborhood.

It was one of the few times Bush’s ever-present smile appeared with a hint of pain.

The district’s successes have far outnumbered the struggles, though.

Seven of its nine schools topped the coveted 800-score level in the state’s Academic Performance Index testing, and the district average is 822.

The district also got some good news away from the classrooms when the Santa Barbara County Board of Supervisors approved its Key Site 17 plans, which call for building a senior care facility on acreage adjacent to the offices. The project could someday provide the district some added income.

“I’ve joked with my board that I’ve got my room picked out already,” he said with a laugh.

It might be a perfect end to his story, but he’s not there yet.

At 65 he wants to travel with Debbie. And with both of his children living on the Central Coast and two grandchildren on the way, he said it seemed like the right time to step back.

Orcutt Union School District board members probably feel like they hit the lottery in hiring Deborah Blow as the district’s new superintendent.

Orcutt superintendent Bush to retire after 4 years in post

Bob Bush, superintendent of the Orcutt Union School District, said he plans to retire from the post he has held in the district for four years.

Orcutt Unified School District Superintendent Bob Bush will be retiring after 42 years with the district.

Orcutt Academy School District Superintendent Bob Bush. Bob will be retiring after 42 years with the district.