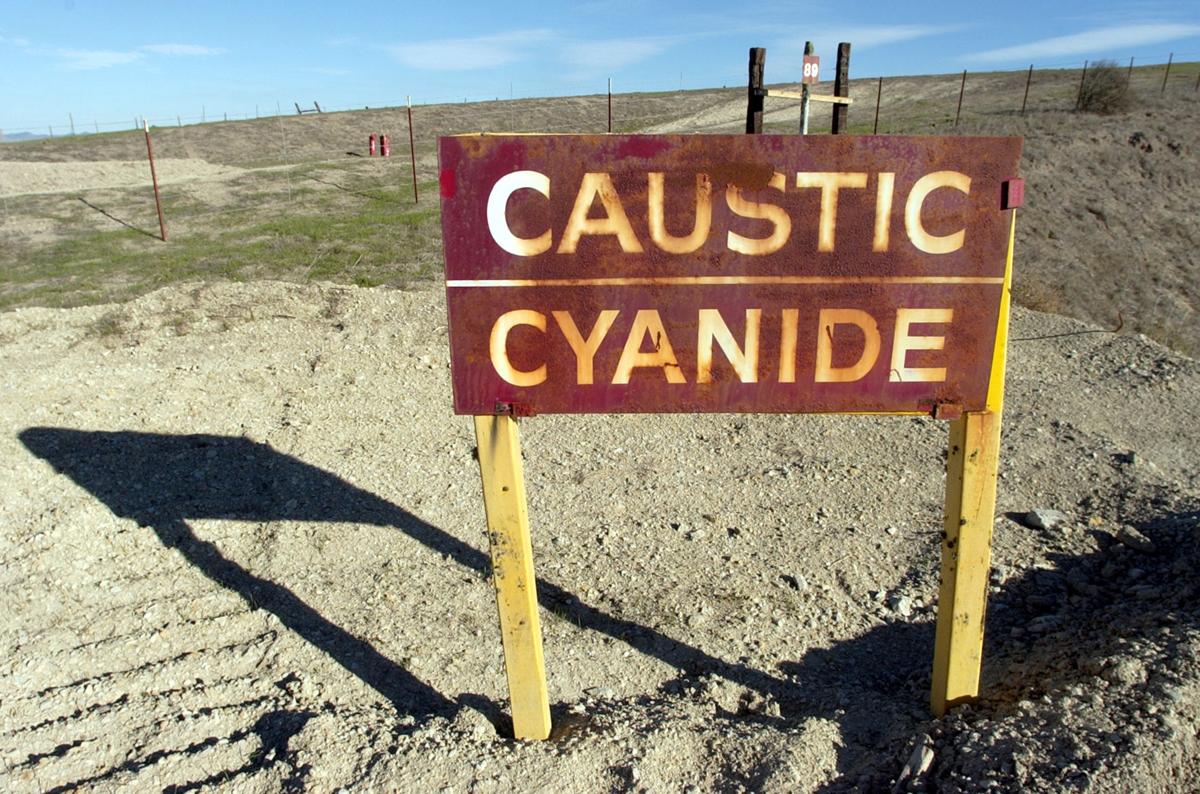 A sign at the Casmalia Resources hazardous waste facility warns of the toxic chemicals located in a section of the landfill in this photo from 2002. The U.S. Environmental Protection Agency has now come up with a final plan for cleaning up and managing the site. 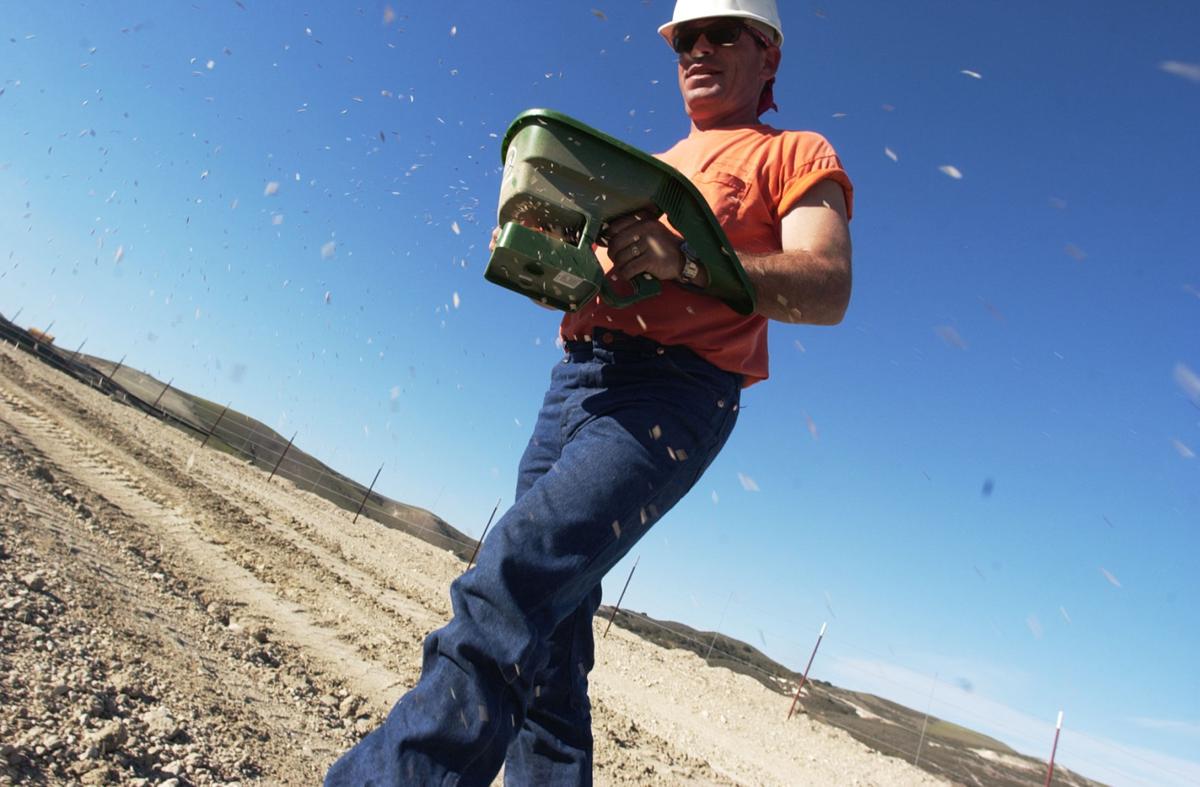 Equipment operator Perry Minetti seeds a hillside at the Casmalia Resources toxic waste facility in this photo from 2002. The U.S. Environmental Protection Agency has come up with a final plan for cleaning up the site and will collect public comments about it at a meeting Wednesday. 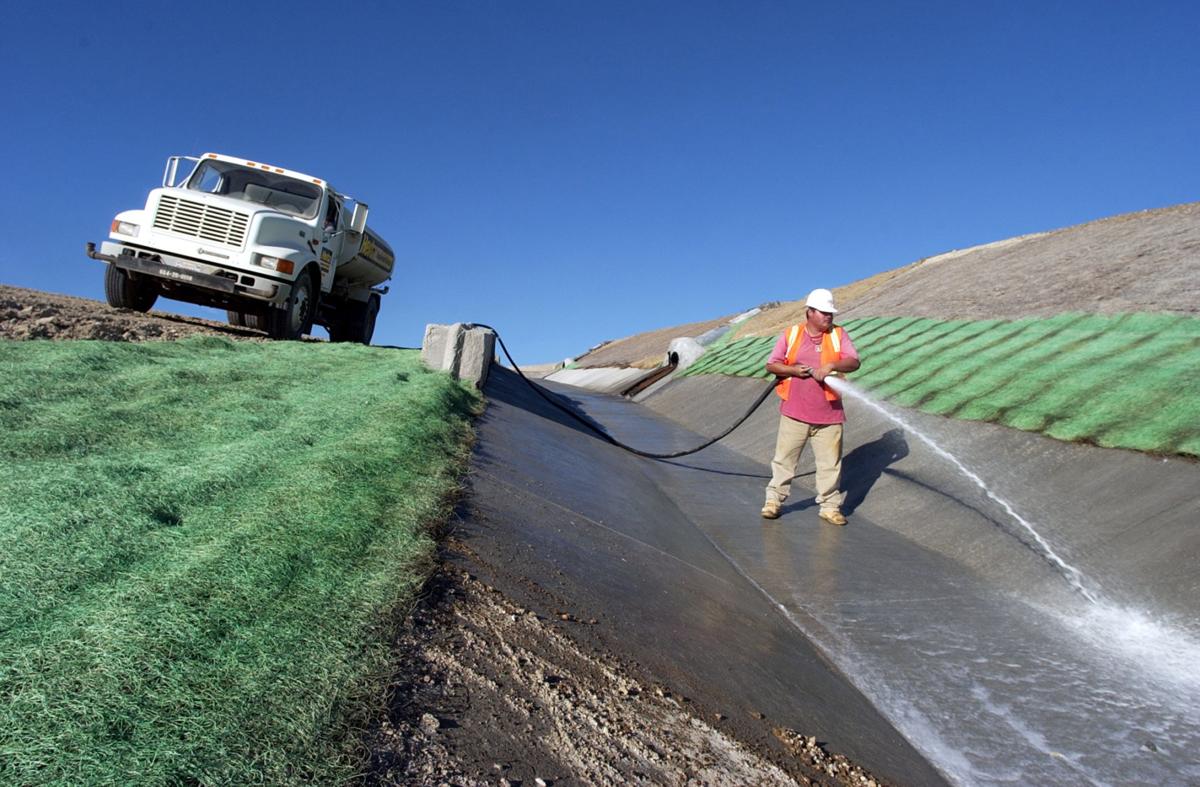 Crews clean a concrete drainage in anticipation of an upcoming construction inspection at the Casmalia Resources hazardous waste facility in this photograph from 2002. A final cleanup plan has been proposed for the site that was closed nearly 28 years ago.

Some 28 years after Casmalia Resources’ hazardous waste facility shut down, the U.S. Environmental Protection Agency has settled on a plan for final cleanup of the 252-acre site where more than 5.6 billion pounds of solid and liquid toxic waste was deposited between 1972 and 1989.

EPA officials plan to conduct a public meeting Wednesday, Dec. 6, to outline the plan and receive written and oral comments about it that will become part of the official record to be considered when the plan comes up for final approval.

The meeting is set for 6 to 8 p.m. at Orcutt Academy Charter School, formerly Winifred Wollam Elementary School, at 3491 Point Sal Road in Casmalia.

Although EPA officials said the site has been stabilized and no current risks to the public exist, they also said it is necessary to clean and maintain the area for long-term protection of human health and the environment.

EPA officials looked at five alternatives for cleaning up the facility and one alternative that would involve taking no action at all, which would not meet the cleanup objectives the agency developed after evaluating the nature and extent of contamination.

The measures outlined in the EPA’s preferred Alternative 3 will take an estimated five years to construct and cost about $60 million, with annual operation and maintenance costs projected at $4.1 million per year.

However, EPA scientists said the time for volatile organic and inorganic compounds to be cleaned from the groundwater in two areas, once the sources are removed, is estimated at 220 and 260 years.

Another area of the site has been designated a technical impracticability zone where the agency plans to waive the cleanup standards and leave contaminants in place because, even with aggressive treatment, the groundwater could not be fully restored in a reasonable time, EPA officials said.

Located in the hills about a mile and a half north of Casmalia, the hazardous waste management facility accepted a wide range of materials from about 10,000 waste generators over its 17 years of operation, according to the EPA.

The liquid and solid waste was stored in landfills, surface impoundments, injection wells and burial trenches and on evaporation pads and waste spreading areas, but Casmalia Resources’ growing operational and financial problems led to rising environmental and health concerns among local residents and regulatory agencies.

Casmalia Resources stopped accepting waste there in 1989, and operations at the facility ceased in 1991.

In 1997, the EPA and the Casmalia Steering Committee, consisting of 54 “primary potentially responsible parties,” finalized a legal agreement for the committee to conduct site studies and cleanup operations.

The committee will be responsible for implementing the EPA’s preferred alternative for final cleanup if and when it is approved.

Despite nearly a dozen successful projects to stabilize and clean up the facility, testing has revealed contamination throughout the site, according to the EPA.

More than 300 chemicals, including metals and volatile and semivolatile organic compounds, have been detected in the soil, surface water and underground aquifers.

Tetrachloroethene, trichloroethene, 2-(2-chloro-4-methylphenoxyl) propionic acid, arsenic and 1,3-butadiene, along with 90 other substances, are among the “chemicals of concern” for humans.

The EPA said the chemicals pose the risk of cancer as well as noncancerous health problems for humans who might come into contact with them.

Toxic risks also face several threatened and endangered species on the site — the California red-legged frog, the California tiger salamander and the Western spadefoot toad — from high levels of chromium, copper and zinc in the soils and high concentrations of salts, as well as metals, in surface ponds.

The EPA is recommending Alternative 3, which would use a combination of methods — removing nonaqueous phase liquid sources, extracting and treating contaminated liquids, capping landfills, containing pollutants in soils and groundwater and conducting ongoing monitoring.

The EPA’s preferred alternative has multiple processes for all of the study areas except Area 5 North, which represents about one-third of the site.

It consists of groundwater beneath many earlier waste management areas, including the former landfills, which are the most significant sources of contamination.

In fact, contamination from many different chemicals, including volatile and semivolatile organic compounds and metals, is widespread throughout the area, officials said.

A 2011 remedial investigation of Area 5 North concluded it would not be possible to restore the groundwater there to a usable level in a reasonable amount of time.

“Groundwater modeling showed that full restoration of groundwater to (maximum allowed contaminant levels) could not be achieved even after several thousand years, even with aggressive pump-and-treat remediation,” the EPA said in its fact sheet about the proposed cleanup plan.

“No cleanup technologies can effectively remove the wide range of contaminants in this type of setting.”

The EPA is therefore proposing to designate Area 5 North a technical impracticability zone and waive the requirement to reach cleanup standards for “chemicals of concern.”

The agency also proposes to designate a waste management area around the five former landfills within the zone where pesticides, solvents, heavy metals, caustic chemicals, cyanides, acids and PCBs, or polychlorinated biphenyls, were dumped because the materials are being left in place.

Because of the complexity of the contamination and the size of the Casmalia Resources hazardous waste facility, the U.S. Environmental Protection Agency divided it into five study areas to make it easier to manage cleanup activities.

• Area 5 — Groundwater throughout the site, subdivided into north, west and south areas.

What the EPA hopes to achieve

The U.S. Environmental Protection Agency has developed seven objectives for the cleanup plan to achieve at the Casmalia Resources hazardous waste facility. They are:

• Removing contamination hotspots in the soil to reduce groundwater pollution;

• Removing and containing both dense-component and light-component nonaqueous phase liquids from the pesticides and solvents landfill and nearby areas as much as possible to reduce groundwater contamination;

• Restoring the use of groundwater by cleaning it to applicable standards in Area 5 South and Area 5 West and preventing groundwater contamination from migrating outside site boundaries;

• Containing the groundwater contamination within Area 5 North, where it is not technically possible to clean the aquifer to acceptable levels; and,

• Maintaining or providing soil, sediment, vegetation and water quality capable of supporting a functioning ecosystem for aquatic and land plants and the wildlife population at the site.

Standing inside a large white tent at the Casmalia Resources Superfund site, Environmental Protection Agency Administrator Scott Pruitt and Re…

Toxic pollutants at Casmalia hazardous waste dump are many

The U.S. Environmental Protection Agency and the Casmalia Steering Committee have identified a wide range of toxic contamination throughout th…

A sign at the Casmalia Resources hazardous waste facility warns of the toxic chemicals located in a section of the landfill in this photo from 2002. The U.S. Environmental Protection Agency has now come up with a final plan for cleaning up and managing the site.

Equipment operator Perry Minetti seeds a hillside at the Casmalia Resources toxic waste facility in this photo from 2002. The U.S. Environmental Protection Agency has come up with a final plan for cleaning up the site and will collect public comments about it at a meeting Wednesday.

Crews clean a concrete drainage in anticipation of an upcoming construction inspection at the Casmalia Resources hazardous waste facility in this photograph from 2002. A final cleanup plan has been proposed for the site that was closed nearly 28 years ago.