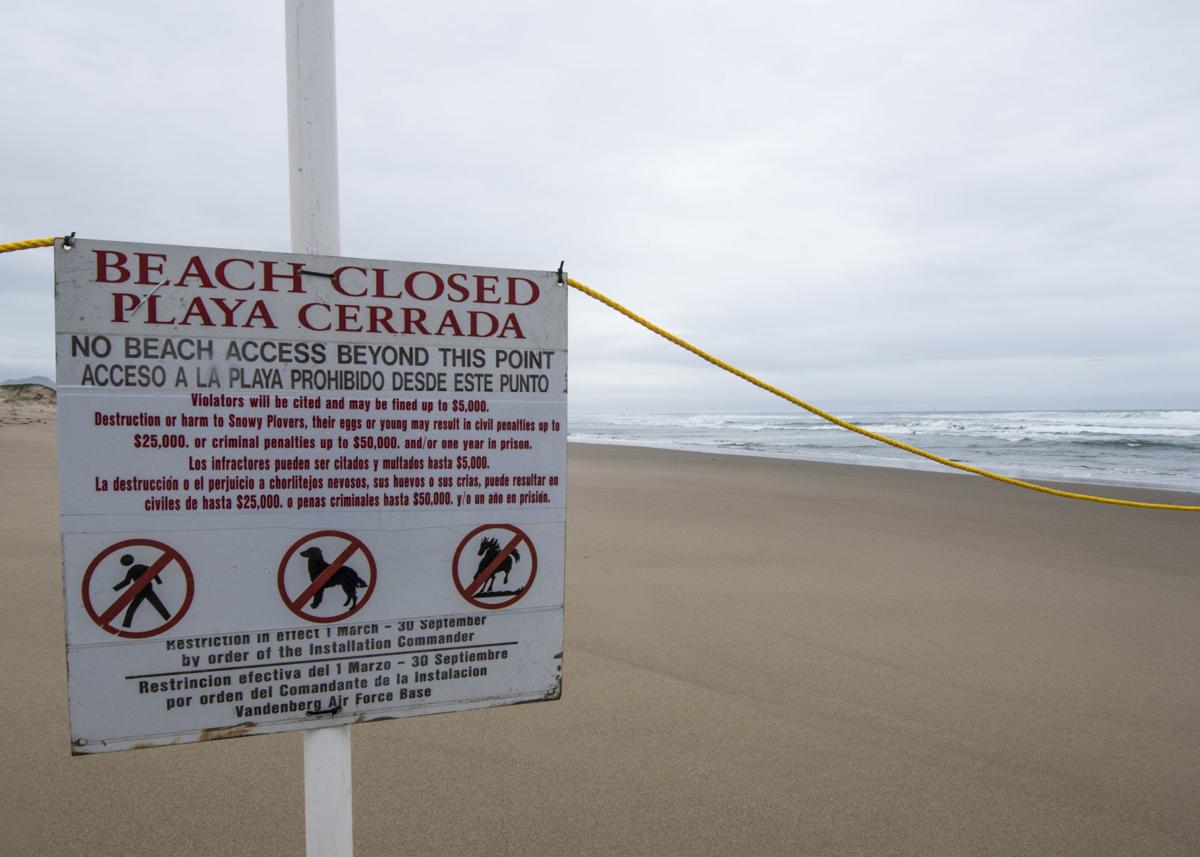 Vandenberg implemented seasonal, partial closures of Surf, Wall and Minuteman beaches March 1 that are scheduled to last the duration of the snowy plover nesting season at Vandenberg Air Force Base. 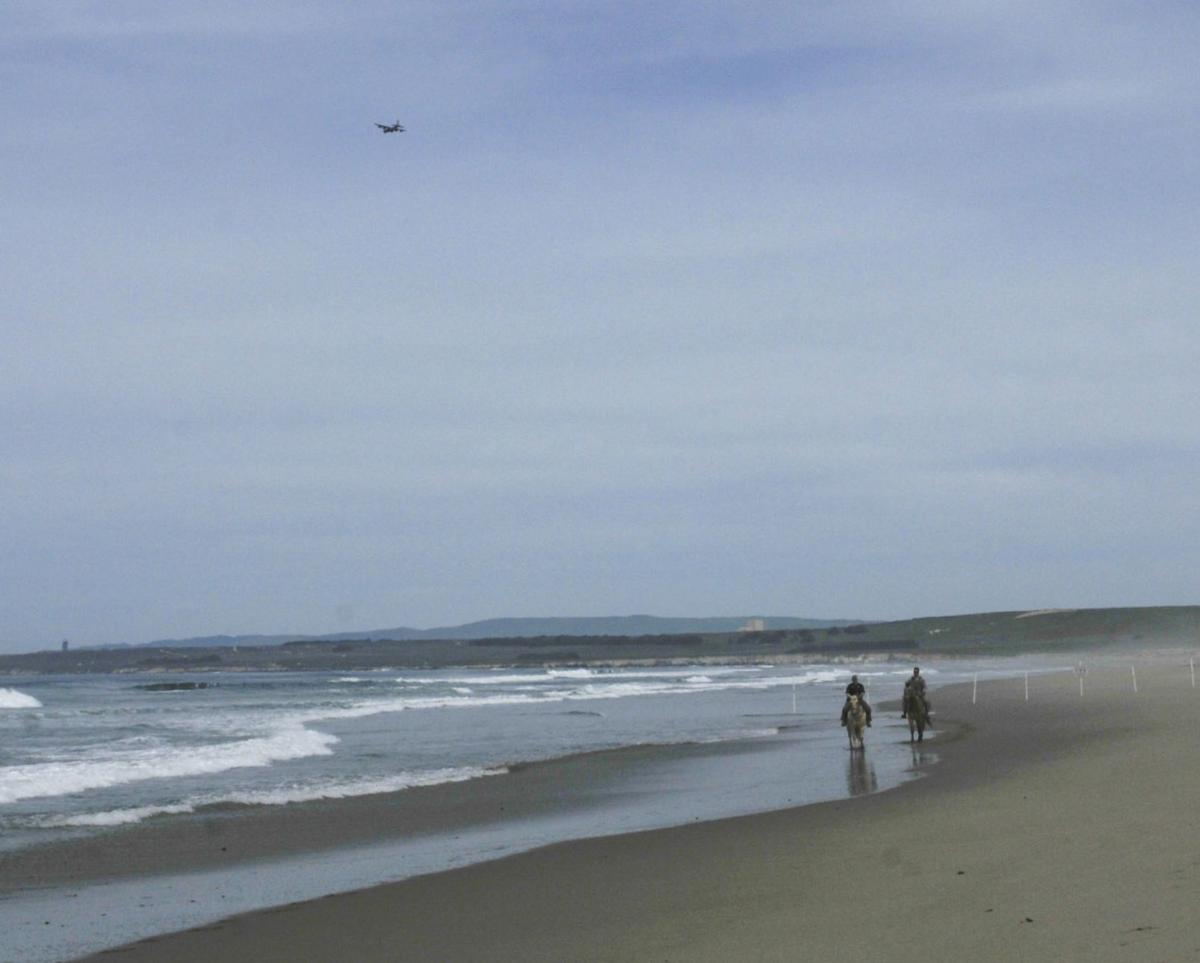 If some of Lompoc’s leaders get their way, the annual closures at the city’s closest publicly accessible beach may become a thing of the past.

Surf Beach, located less than 10 miles west of Lompoc on Vandenberg Air Force Base property, has been routinely closed for several months at a time over the past 20 years as part of an effort to protect the Western snowy plover, a small bird species that nests at the beach and is categorized as “threatened” by the U.S. Fish and Wildlife Service.

The closures, which are enforced by officials at VAFB, have been the target of frequent complaints by many within the Lompoc community who are often unable to utilize the beach during the Lompoc Valley’s warmest months, which coincide with the plover’s nesting season from March through September.

A letter prepared this month by Lompoc City Manager Jim Throop, however, formally challenges the Air Force’s practice of closing the beach and asks the California Coastal Commission to not only remove the restrictions on accessing Surf Beach but to also reopen the beach for fishing.

“While we understand and commend the effort to protect the environment and snowy plover in particular, we also believe California and local communities’ economic security should be a critical consideration when developing such protections,” reads a portion of the letter, which began by noting that it was being sent on behalf of the Lompoc community.

Lompoc Mayor Jenelle Osborne revealed June 4 that the Coastal Commission had given notification that it has postponed the hearing regarding Surf Beach from its July meetings and will instead plan to discuss the matter at its Dec. 11 to 13 meetings in Oxnard.

The letter, dated May 8, is the result of a renewed effort to combat the plover restrictions that was recently jump-started by Lompoc City Councilman Jim Mosby after he became aware that the Air Force was applying to the Coastal Commission to continue the practice.

“They say a closed mouth does not get fed. It’s time for the people of Lompoc to speak up.”

The mission of the California Coastal Commission, according to its website, is to protect and enhance the state’s coast and oceans for current and future generations “through careful planning and regulation of environmentally-sustainable development, rigorous use of science, strong public participation, education and effective intergovernmental coordination.”

The commission, which has authority on issues that include shoreline public access and recreation, meets monthly in various cities throughout the state.

The issue regarding Surf Beach was pulled from this month’s meeting in Oxnard at the request of VAFB officials, according to Lompoc Mayor Jenelle Osborne, who traveled to the meeting May 8 to deliver the letter from Throop and see how the discussion played out.

Osborne said base officials asked to postpone the discussion so they could revise their report.

The matter was tentatively scheduled to be included as part of the July 10 to 12 Coastal Commission meetings in San Luis Obispo. [UPDATE: Osborne announced June 4 that the Coastal Commission had given notification that it has postponed the hearing regarding Surf Beach from its July meetings and will instead plan to discuss the matter at its Dec. 11 to 13 meetings in Oxnard.]

The letter from the city of Lompoc makes clear the city’s desire to have uninterrupted access to Surf Beach.

“Lompoc residents should have the opportunity … to enjoy that portion of California’s coast throughout the year, especially in summer when our children are home from school,” the letter reads.

It goes on to note fishing enthusiasts should be able to use the beach for recreational fishing and to feed their families, and, further, that local businesses should have the opportunity to sell supplies to those people wanting to fish.

“In addition, Lompoc’s hoteliers, [restaurateurs], vintners, gas station owners, and retail shop operators rely on Lompoc visitors frequenting their establishments on their way to, or returning from, enjoying the coast,” the letter states.

“If such access is limited ... most of the year, and especially during the critical summer months, then such businesses cannot benefit from those visitors and enthusiasts.

“That loss of revenue to the private businesses also negatively [affects] the city’s already financially challenged general fund, due to the loss of sales and hotel tax revenue,” it continues. “Likewise, the state misses an opportunity for additional sales and gas taxes. The working age community is also harmed by the loss of employment opportunities those visitors could generate.”

The letter also points out snowy plovers have been found to readily frequent the South County coastline in the Santa Barbara area, yet those beaches are not subject to restrictions.

“If the commission’s goal is to protect the snowy plover, then limiting access to those areas to the south, and more regularly used by the plover, would better serve that purpose,” the letter states.

Surf Beach, which was closed to visitors in early August, is set to reopen on Tuesday, Vandenberg Air Force Base officials announced Friday.

A copy of the petition can be found online at surfbeachlompoc.com. It is requested that signed petitions be turned in at the Box Shop, 740 North H St., by June 10.

People of all ages are being encouraged to sign, and anyone can also mail letters to the Coastal Commission at 45 Fremont St., Suite 2000, San Francisco, CA 94105.

“They say a closed mouth does not get fed,” Mosby said Friday. “It’s time for the people of Lompoc to speak up.”

Mosby said the issue is important to him as both a city representative and also as a county parks commissioner, given that the county-owned Ocean Park is located near Surf Beach.

“I’ve been pushing this for a few years,” he said. “I’m just trying to stimulate the conversation [beyond] people just sitting around going, ‘Oh no, our beach is closed.’”

Lompoc Mayor Jenelle Osborne revealed June 4 that the Coastal Commission had given notification that it has postponed the hearing regarding Surf Beach from its July meetings and will instead plan to discuss the matter at its Dec. 11 to 13 meetings in Oxnard.

The California Coastal Commission has postponed its discussions regarding the removal of restrictions from Surf Beach until December at the soonest, Lompoc Mayor Jenelle Osborne announced this week.

Councilman Jim Mosby and former mayor John Linn traveled to San Luis Obispo to deliver the signed petitions, which argue for the elimination of the restrictions at Lompoc’s nearest beach, to the Coastal Commission during the first day of this month’s meetings. The move came less than two months after Lompoc City Manager Jim Throop drafted — and current Mayor Jenelle Osborne delivered — a letter to the commission asking that it not only consider eliminating the closures, but that it also open the beach up to recreational fishing.

Surf Beach was fully reopened to the public Friday, 10 days ahead of the scheduled end of the restrictions put in place to protect the Western snowy plover.

The U.S. Fish and Wildlife Service has permitted Vandenberg Air Force Base to keep Surf Beach open for recreational access throughout the 2020 breeding season for the Western Snowy plover, the city of Lompoc announced Thursday.

After successfully advocating in 2019 to have Surf Beach kept open year-round, Lompoc city leaders have set their 2020 sights on increasing the recreational opportunities at the beach and its nearby estuary.

Vandenberg implemented seasonal, partial closures of Surf, Wall and Minuteman beaches March 1 that are scheduled to last the duration of the snowy plover nesting season at Vandenberg Air Force Base. 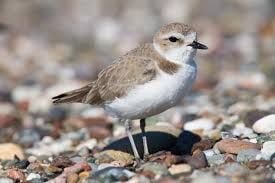 The Western snowy plover, which nests in the sand above Central Coast beaches, has led to the closure of Surf Beach during the summer months, but Lompoc officials hope to change that.