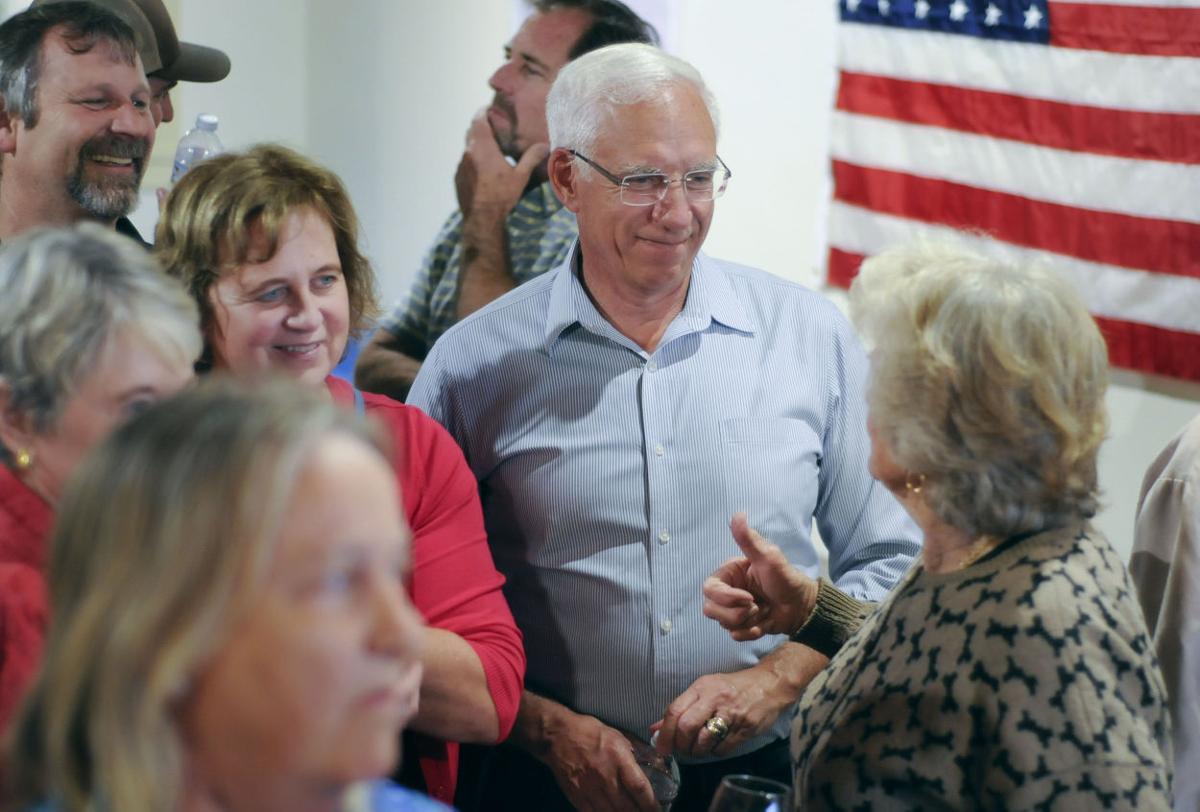 Bruce Porter, candidate for the 3rd District seat on the Santa Barbara County Board of Supervisors, center, gets a thumbs up from supporters during early primary election returns at his June 7 party in Santa Ynez. 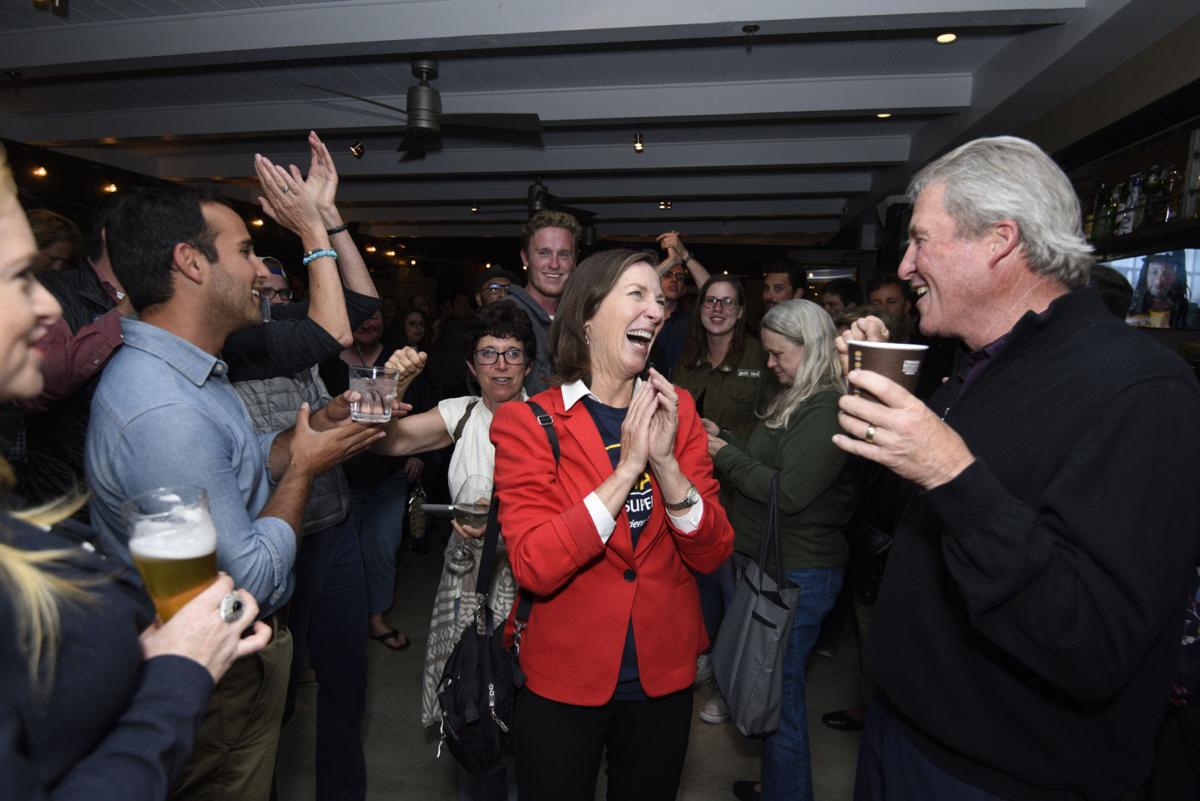 Joan Hartmann, center, celebrates her lead in the race for the 3rd District seat on the Santa Barbara County Board of Supervisors during a Democratic Party celebration on June 7 in Santa Barbara.

The "Bernie Sanders factor" played a significant role in Bruce Porter’s run for 3rd District supervisor, the candidate said in an interview this week.

Porter finished second in the June 7 primary race for supervisor with 7,999 votes, or 34.9 percent, according to certified results posted earlier this month by Santa Barbara County’s Clerk-Recorder.

The finish sets up a general election runoff between Porter and Joan Hartmann, who finished first with 9,879 votes or 43-percent. Hartmann did very well in votes cast at the ballot box, which accounted for 47-percent of her total votes, compared to Porter’s 29.4-percent figure.

Only third-place finisher Jay Freeman had a higher percentage of walk-in votes to overall ballots, as they accounted for nearly 61-percent of his totals.

Porter said the presidential race had a big influence on votes cast at the ballot box.

“Primary turnout was largely driven by the major party presidential races,” he said. “Contrary to expectations, just a month earlier the Republican primary was decided (and) the Democratic primary was almost over, but the Bernie Sanders campaign generated substantial excitement, especially in Isla Vista, UCSB and, to a lesser extent, Goleta.”

In Santa Barbara County, Sanders dominated the presidential race, finishing first with 35,709 votes followed by Hillary Clinton at 31,918 and Donald Trump, who had 24,938 votes.

While the supervisor race is nonpartisan, the two candidates have been endorsed along party lines by those representing the two major sides of the political spectrum.

Porter, meanwhile, has been endorsed by the president of the Santa Barbara Republican Club and former Republican state Assemblyman Brooks Firestone, among others.

Isla Vista area precincts reported a 42 percent voter turnout, according to election results. Of those, 81.5 percent voted for Sanders in the presidential race and Hartmann got 51.7 percent of the vote for 3rd District Supervisor. Porter, meanwhile, got just 7 percent in the Isla Vista area.

At UCSB precincts, turnout was 54 percent. Of those who voted, Sanders got 78.1 percent, while Hartmann got 52 percent. Porter got 9.3 percent.

The presence of five candidates running for the same supervisorial post also played a role in election results, Porter said.

“The presence of five candidates had a significant effect on the primary, with almost 22 percent of the vote going to the three other candidates,” Porter said.

Since the election, both Jones and Field have endorsed Hartmann. Freeman declined to endorse a candidate, saying this week that he was unlikely to do so.

Recognizing that the presidential vote may have affected the final result, Hartmann warned that the same may prove true during the general election in November, with the possibility of what she called the "Donald Trump factor."

“It’s a wild-card election,” Hartmann said. “We’re not taking anything for granted, that’s for sure.”

The 3rd District is currently represented by Supervisor Doreen Farr, who has announced that she will not be seeking reelection. The district stretches from Isla Vista in South County and north to Guadalupe, and includes the Santa Ynez Valley and a portion of Goleta.

The deadline for North County residents to apply for the Measure A Citizens Oversight Committee has been extended to Aug. 19 by the Santa Barb…

The Chumash Casino Resort like other tribal casinos across California has been minimally affected by Gov. Newsom's July 1 order that called for the shutdown of cardrooms and indoor business operations for restaurants, wineries, bars, movie theaters and zoos in 19 counties, including Santa Barbara, due to a spike in COVID-19 cases throughout the state.

Bruce Porter, candidate for the 3rd District seat on the Santa Barbara County Board of Supervisors, center, gets a thumbs up from supporters during early primary election returns at his June 7 party in Santa Ynez.

Joan Hartmann, center, celebrates her lead in the race for the 3rd District seat on the Santa Barbara County Board of Supervisors during a Democratic Party celebration on June 7 in Santa Barbara.