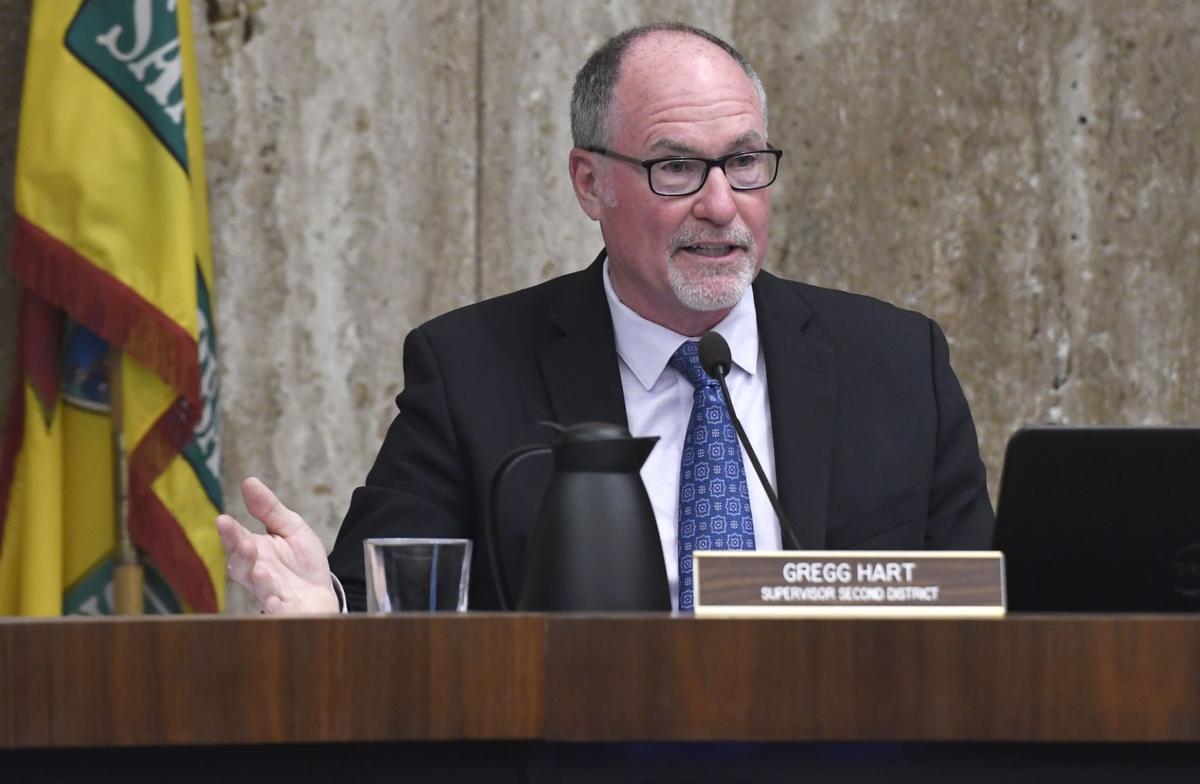 Second District Supervisor Gregg Hart was elected chairman of the Santa Barbara County Board of Supervisors during their meeting Tuesday morning in Santa Barbara. 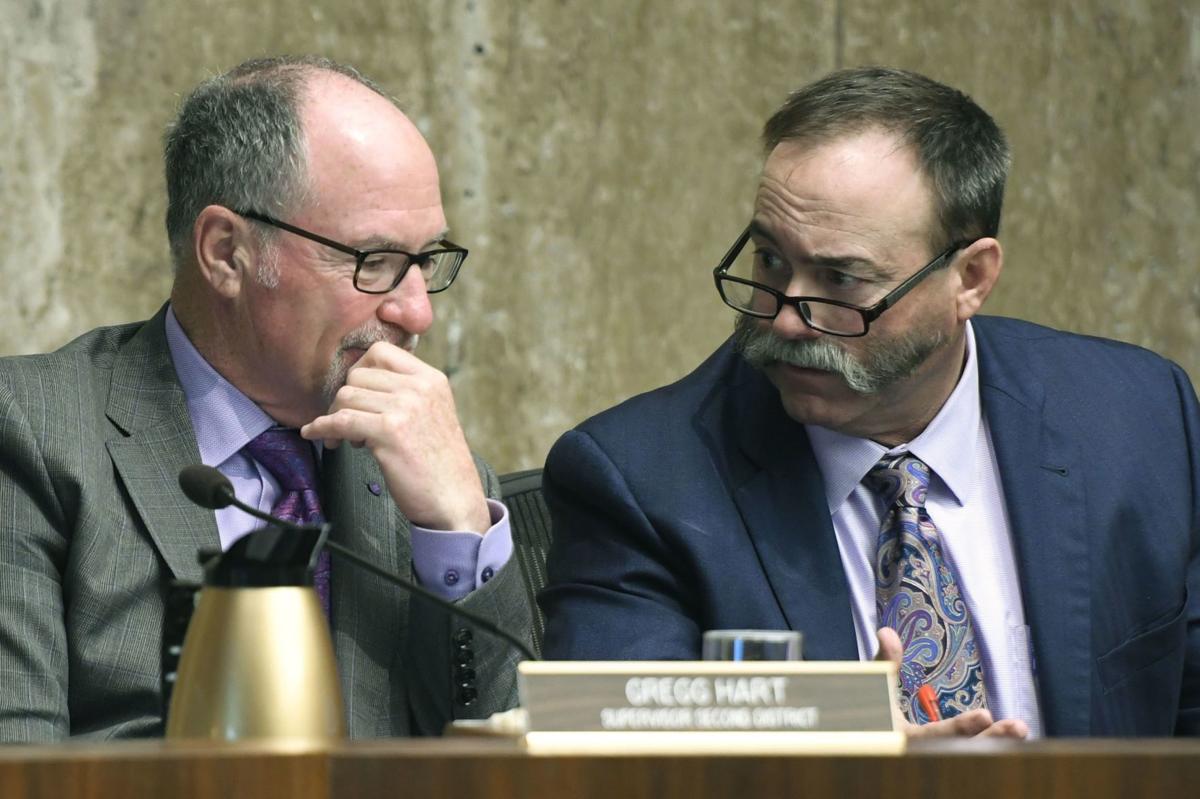 Gregg Hart, left, 2nd District supervisor, confers with 4th District Supervisor Peter Adam during a 2019 discussion of cannabis ordinances. Hart was elected chairman and Adam was chosen vice chairman of the Santa Barbara County Board of Supervisors during the Tuesday morning meeting in Santa Barbara. 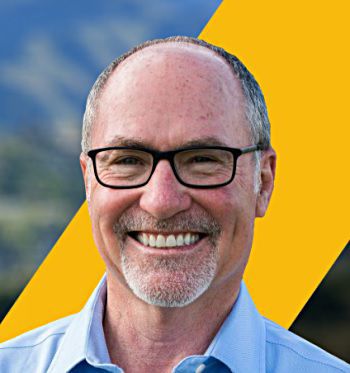 Second District Supervisor Gregg Hart will lead the Santa Barbara County Board of Supervisors as chairman in 2020 after being unanimously chosen for the seat by fellow board members Tuesday.

Fourth District Supervisor Peter Adam, in his final year on the board after choosing not to seek re-election, will serve as vice chairman as the result of another unanimous vote.

Hart received the gavel from 5th District Supervisor Steve Lavagnino, who held the chairman’s seat for 2019, during the board’s first meeting of the year in Santa Barbara.

In his remarks before relinquishing the gavel, Lavagnino thanked all the county employees “who make our jobs easier,” singling out several individuals and departments for special recognition.

Santa Barbara County’s cannabis tax revenue for the fourth-quarter of last fiscal year rose to $2.3 million, a 60% increase from the two previ…

“Everybody here plays a role, no matter where you are on the organizational chart,” Lavagnino said to the entire county workforce, adding, “You are the ones facing the public.”

He also thanked all the supervisors’ staffs for doing “so much work that goes on in our offices,” then drew laughter from the audience when he noted they “helped me so much this year with advice, some I asked for, some I was just given … .”

Hart, who served as vice chairman last year, was elected to the Board of Supervisors in 2018 when he ran unopposed in the June primary to replace Janet Wolf, who chose to not seek re-election, after he served 13 years on the Santa Barbara City Council.

He began his public service as a legislative assistant for state Assemblyman Jack O’Connell and was later the manager of the Santa Barbara County Association of Government's Traffic Solutions program and deputy executive director of SBCAG.

After taking the chairman’s seat, Hart recognized each of his fellow supervisors for their specific contributions to the board, pointing out Lavagnino had brought “a lot of levity” to the meetings.

Hart said one of the things he wants to do as chairman is to initiate monthly presentations from county nonprofit organizations about what they do and how they are preparing for disaster response.

He immediately implemented that with a presentation from Dani Anderson, executive director of the Independent Living Resource Center.

During Hart’s first meeting as chairman, the board gave final approval to revisions in the cannabis retail storefront licensing process as part of the administrative agenda.

Mark Brinkley of West Carpinteria Valley asked the board to delay voting on the ordinance amendments so community meetings, which will be required as part of the new licensing process, could be held before the ordinance was adopted.

The amendments will become effective Feb. 14, although county officials in December said it will probably take a year before potential operators can get through the selection process, receive business licenses and secure land use permits.

A resolution opposing a U.S. Bureau of Land Management plan to open public lands to oil and gas leases in eight counties was approved Tuesday by the Santa Barbara County Board of Supervisors, but with only three members supporting it.

Second District Supervisor Gregg Hart was elected chairman of the Santa Barbara County Board of Supervisors during their meeting Tuesday morning in Santa Barbara.

Gregg Hart, left, 2nd District supervisor, confers with 4th District Supervisor Peter Adam during a 2019 discussion of cannabis ordinances. Hart was elected chairman and Adam was chosen vice chairman of the Santa Barbara County Board of Supervisors during the Tuesday morning meeting in Santa Barbara.