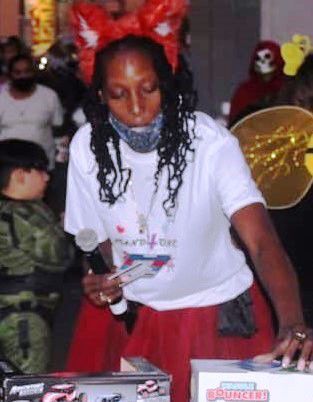 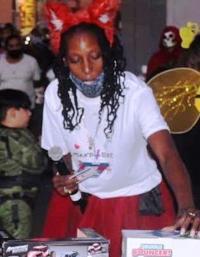 Veronica Williams, founder of Stand 4 One, manages the Lompoc Halloween event that drew hundreds of local children who were all dressed in costumes. 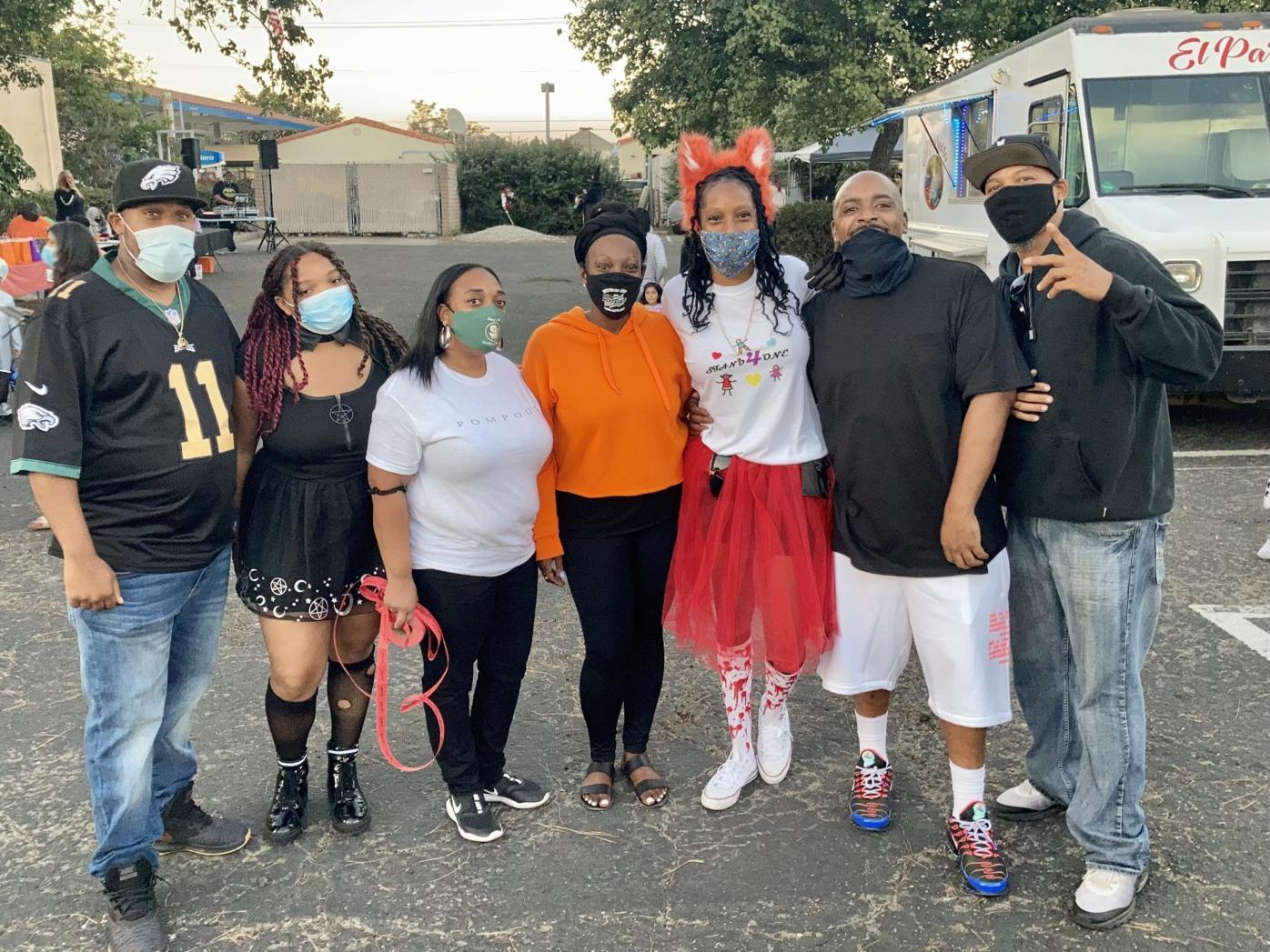 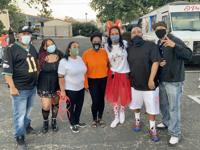 Veronica Williams, founder of Stand 4 One, manages the Lompoc Halloween event that drew hundreds of local children who were all dressed in costumes.

Veronica Williams, founder of Stand 4 One, a local grassroots nonprofit with a mission to support and empower Santa Barbara County youth, has been named the sixth nominee for the Lompoc Valley of the Flowers Peace Prize. She is being recognized for her community action that continues to serve area children and their families.

She and a team of volunteers more recently coordinated a free, outdoor Halloween event, which drew 800 children for an evening of fun and prizes while offering a safe alternative to families amid the ongoing COVID-19 pandemic. She also is managing for the second year a turkey dinner drive in partnership with area grocers, which will feed a number of local families who might not otherwise afford a Thanksgiving spread.

"There are so many families that need [support],“ said Williams, a Lompoc resident and longtime child care provider. "You never know what kids are going through. Some of these same kids are the ones I‘m watching. I saw the need."

Lompoc born and raised, Williams remembers every Lompoc school she attended and the house where she grew up on B Street and Hickory. She said it was there that her parents taught her a sense of love and responsibility.

According to Williams, she and her folks are just as close — insomuch that they live next door to each other on N Street.

The five leaders named, Anthony Vickery, 21, Kongie Richardson, Keith Joseph, 24, Raelyn Person, 23, and Jason Bryson, were responsible for organizing one of Lompoc's largest demonstrations for social justice following the killing of George Floyd, an unarmed Black man who died after a Caucasian police officer in Minneapolis knelt on his neck for more than eight minutes on Memorial Day.

The Halloween event and donated turkeys come as result of her walking into business "cold turkey," asking local merchants to help, she said.

Although doors have slammed in her face, she said, it's thanks to sponsors who believe in her mission that a difference is being made.

The All 4 One Thanksgiving turkey drive is being sponsored by Vons and Albertsons in Lompoc, as well as El Rancho Market in Solvang.

"I have a responsibility,“ Williams said. "But most of all, I want the kids to know they're loved.“

To donate to the current Thanksgiving turkey drive or the upcoming Christmas campaign, contact Williams at stand4one805@gmail.com

The 11th annual Peace Prize ceremony is scheduled for Jan. 31 at the Valley of the Flowers United Church of Christ, 3346 Constellation Road, Vandenberg Village.

Azyiah, Amia and Maliah Simmons, each of whom attended Lompoc High School in the 2019-20 school year, earned the nomination for their music video, which they created for a performing arts competition sponsored by EduHam, an educational spin-off of the hit Broadway musical Hamilton. The girls were featured on "Good Morning America" this summer for their efforts.

Upon witnessing the televised murder of Floyd in late May by Minneapolis police officer Derek Chauvin, who kneeled on Floyd's neck for 8 minutes and 46 seconds, Dunaetz and Costa recalled feeling shocked and concerned about the issues of fair policing and social justice.

DeLira is being recognized for her dedication to low-income seniors who require homemaker and personal care services.