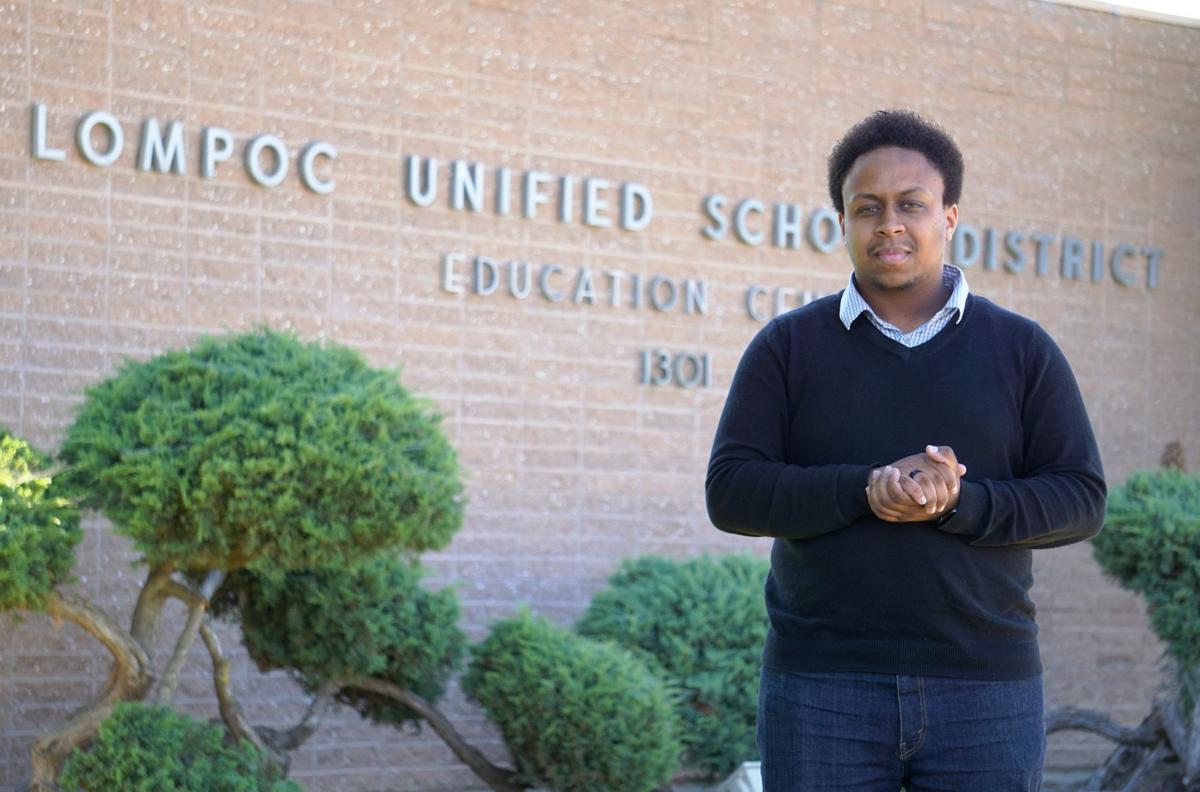 Alexander Murkison, 19, has filed paperwork and publicly announced his intention to seek a seat on the Lompoc Unified School District board of education in the Nov. 3 election. 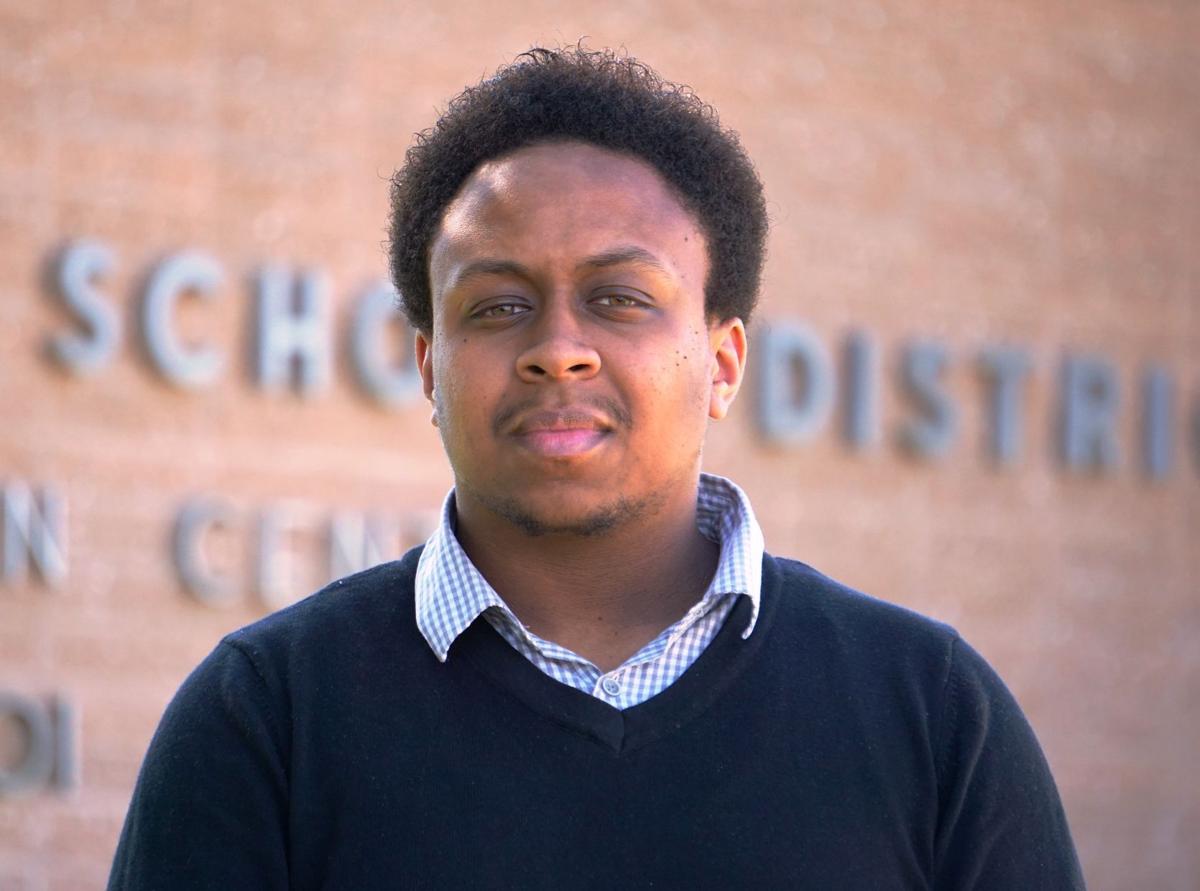 “With everything happening in the world right now — the protests, the pandemic, and just seeing how there needs to be such a big change — you can’t just sit around and wait for something to happen. You have to play a part in that happening.” -- Alexander Murkison

Just months before his 2019 graduation from Lompoc High School, Alexander Murkison said his world was rocked when he learned one of his closest friends had died from an apparent suicide.

While Murkison acknowledged that the grieving process was particularly difficult for him and other surviving friends of his late classmate, he noted one fruitful outcome from the experience was that it brought to his attention an issue he now considers among the most important facing campuses.

“That was when I decided that mental illness was something that needs more support in the schools,” he said.

A year later, Murkison is now aiming to actively make that happen.

At 19 years old, the former Lompoc High class president this week became the first person to publicly announce his intention to seek one of the three seats that will be up for grabs on the Lompoc Unified School District board of education in the Nov. 3 election.

“I’ve always believed in the ideology that a young person should be involved in decisions that directly impact young people,” he said. “That just always made sense to me.”

Murkison joined Janet Blevins as the lone two candidates who had filed papers, as of Friday, with the Santa Barbara County elections division to run for a seat this year on the LUSD board. The filing deadline is Aug. 7.

Although Murkison is only a year removed from high school, the Lompoc native has experience with the LUSD board process and procedures.

In addition to serving as class president for two years in high school, along with serving on various committees going back to middle school, he also spent the final semester of his senior year as the LUSD board’s student representative. He said that role, in which he was mostly limited to reporting on activities from the district’s high schools, played a part in his decision to seek an actual position on the board.

“I definitely enjoyed it, [and] I definitely saw different things that need to be changed,” he said. “Just looking at the way decisions were made and just seeing how things functioned while I sat on the board, [I realized] that I wanted to be in a position that could make bigger change.”

While improving mental health resources is his campaign’s foundation, Murkison, who is Black, said he also hoped to bring more youth representation and diversity to the board.

“When we live in a town where the majority of the students in the schools are people of color … it’s interesting to see how … there is no diversity on the board,” he said. “With three seats being available this year, I just thought it’s a great opportunity to try to make that change and ... bring in a different mindset than has been on the board for so long.”

After his friend’s death, Murkison said he spent a lot of time talking to Lompoc High counselor Laná Huyck and reading about issues related to mental health in schools.

That gap became especially apparent to him as he and his friends sought out services. He said it was highlighted even more when, during his time as a student representative on the LUSD board, he was able to view the results of a mental health survey the district conducted among students.

“Seeing the number of times that people thought about suicide that week, or the percentage of students that were actually depressed or felt like they didn’t have someone on campus to talk to, that was a big problem for me because you come to school as a safe place,” he said.

“Some students don’t feel comfortable talking to their family at home about this, so coming to school and having a counselor — you’re told this counselor helps you with classes, helps you with personal things and all these issues and all these problems, but when they’re so busy and they have such a stacked student caseload, the connections are just missed.”

He noted that those survey responses were reviewed more than a year ago and said that not much has changed since.

“That makes me more eager to want to run,” he said.

Huyck, who encouraged Murkison to embark on his first campaign for public office, said she felt he was genuinely dedicated to improving mental health resources for students.

“It was really hard,” she said of Murkison’s friend’s death. “It was hard on a lot of staff and it was very hard for a lot of students. All of their group of friends took it really seriously in regards to mental health and taking care of their friends and trying to be there for each other, as well as trying to help connect them to their school counselor, or to just an adult in general. So I feel like it really opened their eyes in seeing how much of an issue it is, because they lived it with one of their classmates.”

Murkison is currently taking classes at Hancock College while also working part-time as a data analyst at Midland School, a boarding campus in Los Olivos.

He said he was confident his background in analytics and both attending and working at schools would serve him well if elected to the LUSD board.

He said that seeing some of the mental health-related issues at Midland, which has one counselor for about 100 students, has him concerned for LUSD, particularly in the current climate with an ongoing pandemic, widespread social unrest, and many students unable to physically interact with school staff due to distance learning.

“Just seeing how much of a struggle it is [at Midland] on such a small scale compared to here, it’s just crazy what starts to run through your mind when you think about the opportunities that are missed in students that we failed to help,” he said.

Huyck said she is supportive of her former student.

“I just think it’s awesome and I have complete faith in him and his work ethic that he will give it everything and that if he is elected he will take it very seriously,” she said. “His age shouldn’t be a factor in any of this. I feel like he has the drive and the dedication to just serving and doing the best he can for others.”

Murkison, who plans to launch a campaign Facebook page with more information about his platform in the coming days, said he has always thought about serving in public office and suggested this campaign wouldn’t be his last. Along with bringing about the change he would like to see, he said he was hopeful he could also inspire some of his peers.

“You don’t see people my age do things like this, especially in our town,” he said. “With everything happening in the world right now — the protests, the pandemic, and just seeing how there needs to be such a big change — you can’t just sit around and wait for something to happen. You have to play a part in that happening.”

Election for Lompoc Unified School District board of education

Three seats on the LUSD board of education will be up for grabs in the Nov. 3 general election.

The current occupants of those seats are Dick Barrett, Jeff Carlovsky and Bill Heath. So far, Alexander Murkison and Janet Blevins have filed papers with Santa Barbara County to run for those open seats.

The deadline to file candidate paperwork is Aug. 7. For more information, visit the county's election webpage at https://countyofsb.org/care/elections/voting/upcoming/november-3-2020.sbc.

July 31 recap: Lompoc news you may have missed this week

Jeremy Ball, the chair of the Lompoc Valley Chamber of Commerce’s board of directors, filed paperwork Friday with the Lompoc City Clerk’s office to run for the District 4 City Council seat in the Nov. 3 election. He became the first challenger to enter this year’s City Council races, with the filing deadline set for Aug. 7. He will be vying for the seat currently held by Councilman Jim Mosby.

Although the 2020 Presidential General Election is more than four months away, the clock will soon start running on deadlines for city, school district and special district candidates to meet as part of the filing process in Santa Barbara County.

Lompoc Unified School District has moved the start date for the 2020-21 school year back to Aug. 17, and the district will open the new year by utilizing a distance learning model for all students, LUSD officials announced Friday.

Alexander Murkison, 19, has filed paperwork and publicly announced his intention to seek a seat on the Lompoc Unified School District board of education in the Nov. 3 election.

“With everything happening in the world right now — the protests, the pandemic, and just seeing how there needs to be such a big change — you can’t just sit around and wait for something to happen. You have to play a part in that happening.” -- Alexander Murkison