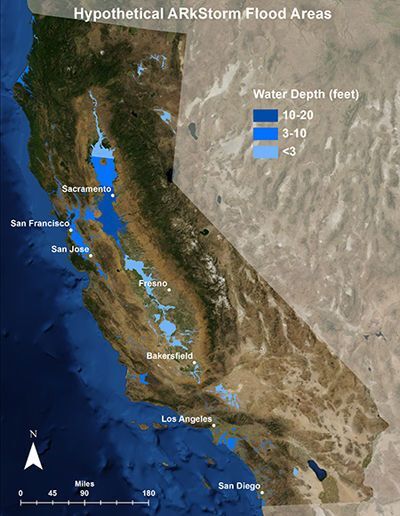 A look at the atmospheric rivers in California. An intense cold front will tap into subtropical moisture and take on Atmospheric River (AR) characteristics as it moves southeastward through the Central Coast on Wednesday into Thursday. 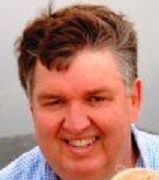 An intense cold front will tap into subtropical moisture and take on Atmospheric River (AR) characteristics as it moves southeastward through the Central Coast on Wednesday into Thursday.

At this time, between 2 and 4 inches of rain is expected along the Central Coast; however, if the front stalls over a particular area, rainfall amounts will be much higher!

So, what is an AR? The term atmospheric river has not been around very long. None of my oceanographic and atmospheric textbooks show any reference to it. The phrase was coined by researchers Reginald Newell and Yong Zhu of the Massachusetts Institute of Technology in the early 1990s.

These rivers in the sky can stretch for thousands of miles across the world's oceans but are only a few hundred miles wide. They can draw vast amounts of water vapor into narrow bands ahead of cold fronts and transport extraordinary high amounts of water across vast expanses. In fact, they can carry more freshwater than the Amazon River.

Along the West Coast, they are informally called the "Pineapple Express." The Pineapple Express is a subset of an atmospheric river event that originates in the tropical waters near Hawaii, hence the pineapples. In the past, meteorologists simply referred to these as "the hose," and for a good reason.

Then can produce incredible amounts of precipitation, especially if they remain over one area for any length of time.

For example, in March 1995, a storm developed about 900 miles off the Central Coast and caused an intense cold front to stall over our area that tapped into a plume of subtropical moisture that stretched to Hawaii. The rain began to fall early on March 9 and continued through the next day, producing remarkable 24-hour rainfall totals. They ranged from a low of 3.0 inches at the Santa Maria Airport to 11.6 inches in Santa Margarita. The stalled cold front was accompanied by gale-force to storm-force (55- to 73-mph) southeasterly winds in the coastal regions of the Central Coast.

These winds produced a tremendous amount of orographic enhancement; when this occurs, massive amounts of rain/snow can develop on the mountain's windward side. Like squeezing a wet sponge, moisture from this air mass is released in the form of precipitation. Some locations in the hills above Cambria and along the Cuesta Grade reported rainfall amounts exceeding 12 inches over 24 hours. Areas throughout the Central Coast experienced flooding, with Cambria being one of the hardest hit. In fact, Cambria's Fire Department used a boat to rescue people along Main Street.

It has been hypothesized that one of the most intense ARs to slam into the Golden State occurred in 1862.

My mother's ancestors came to California by covered wagon over the Sierra Nevada in the summer of 1847, a few months after the Donner Party tragedy. They settled in the vast Sacramento Valley in what is now Colusa County and tried to build a future along the fertile banks of the Sacramento River.

About 13 years later, they took refuge on the nearby Sutter Buttes because of one of the worst floods ever to hit California. Many years ago, my grandmother, Frances Graham, passed along this bit of family folklore to me from her mother about a deluge of biblical proportions in 1862.

The flood devastated their farm. She said it was like nature taking revenge for the hydraulic mining during the California Gold Rush. Many called this flood the "Noachian deluge of California Floods."

Toward the end of 1861, a series of storms produced nearly continuous rain that lasted through February over most of California. Los Angeles recorded about 36 inches of rain, while Sonora in the Sierra Nevada foothills measured more than 100 inches!

The Santa Ana River in Southern California became a raging torrent, laying waste to farms along its banks. River settlements throughout California were inundated. Of course, no one alive today witnessed this terrible series of storms, and weather data from so long ago is sparse. However, a few weather experts believe that an AR stretching across the Pacific Ocean channel vast amounts of precipitation into the state.

After Hurricane Katrina, concern about widespread flooding in parts of the nation became heightened, especially with climate change. Remember, a warmer atmosphere can hold more water vapor, meaning we could see more intense rainfall events. Besides carrying more water, such mild-subtropical atmospheric rivers drop most of their precipitation in liquid rain, not snow, adding to the flood peril.

The biggest storm so far this season blew into the Central Coast late Tuesday night, starting with southerly winds gusting as high as 50 mph f…

A look at the atmospheric rivers in California. An intense cold front will tap into subtropical moisture and take on Atmospheric River (AR) characteristics as it moves southeastward through the Central Coast on Wednesday into Thursday.