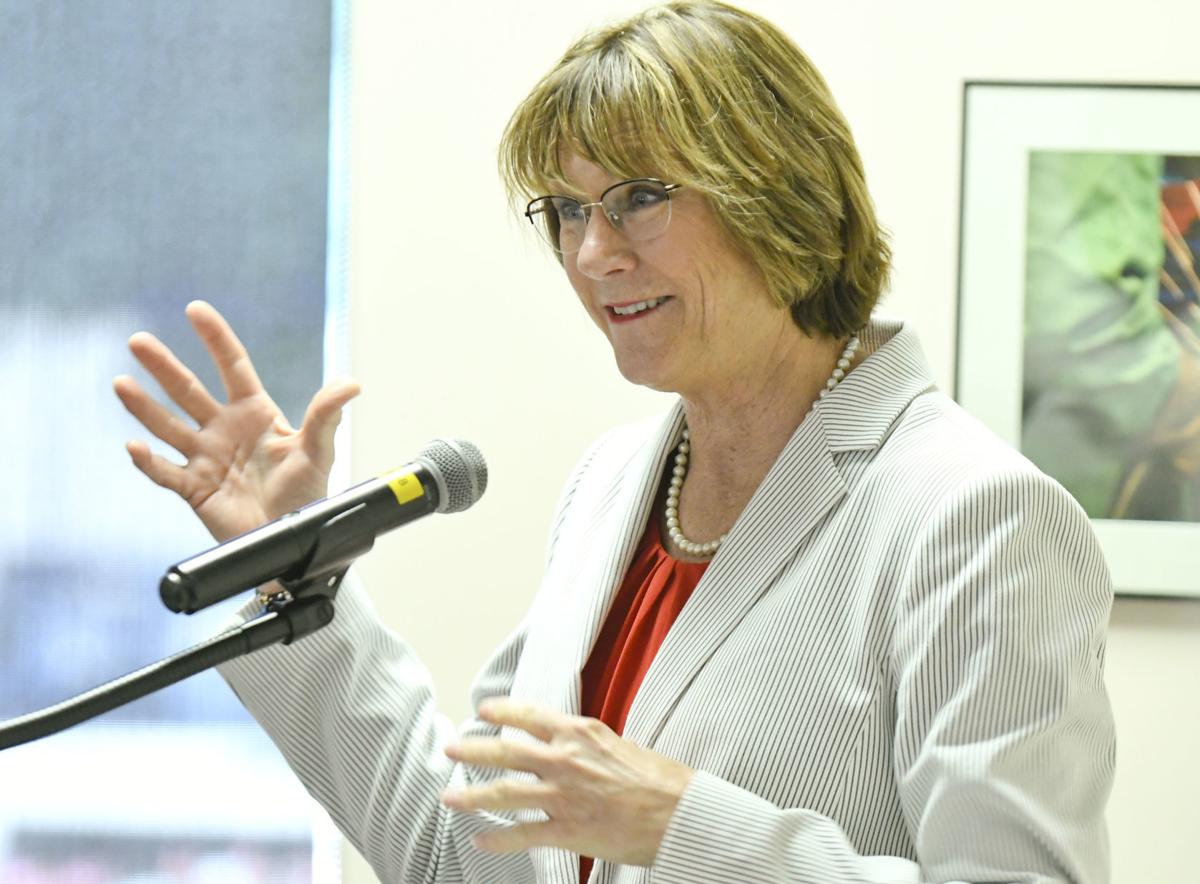 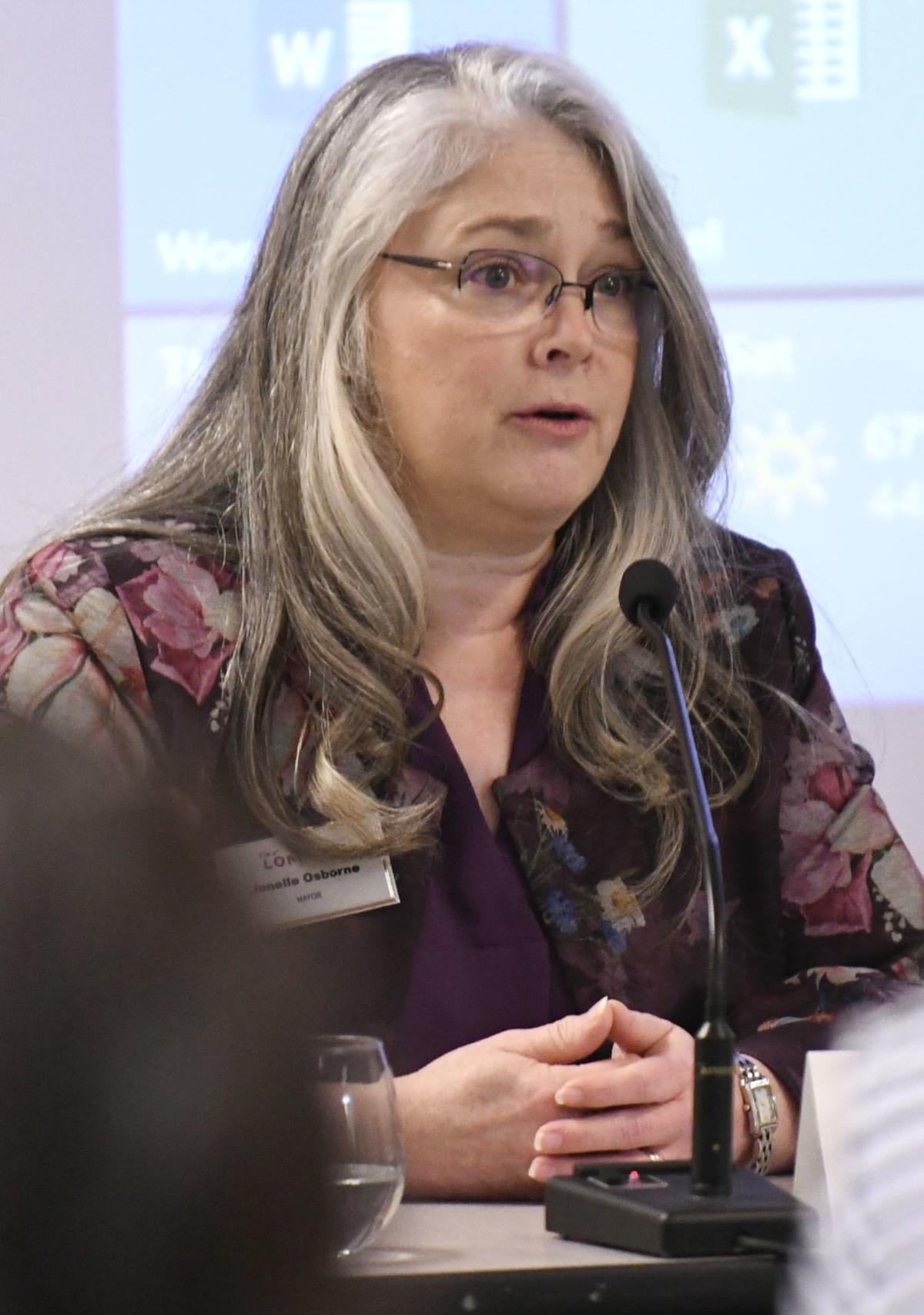 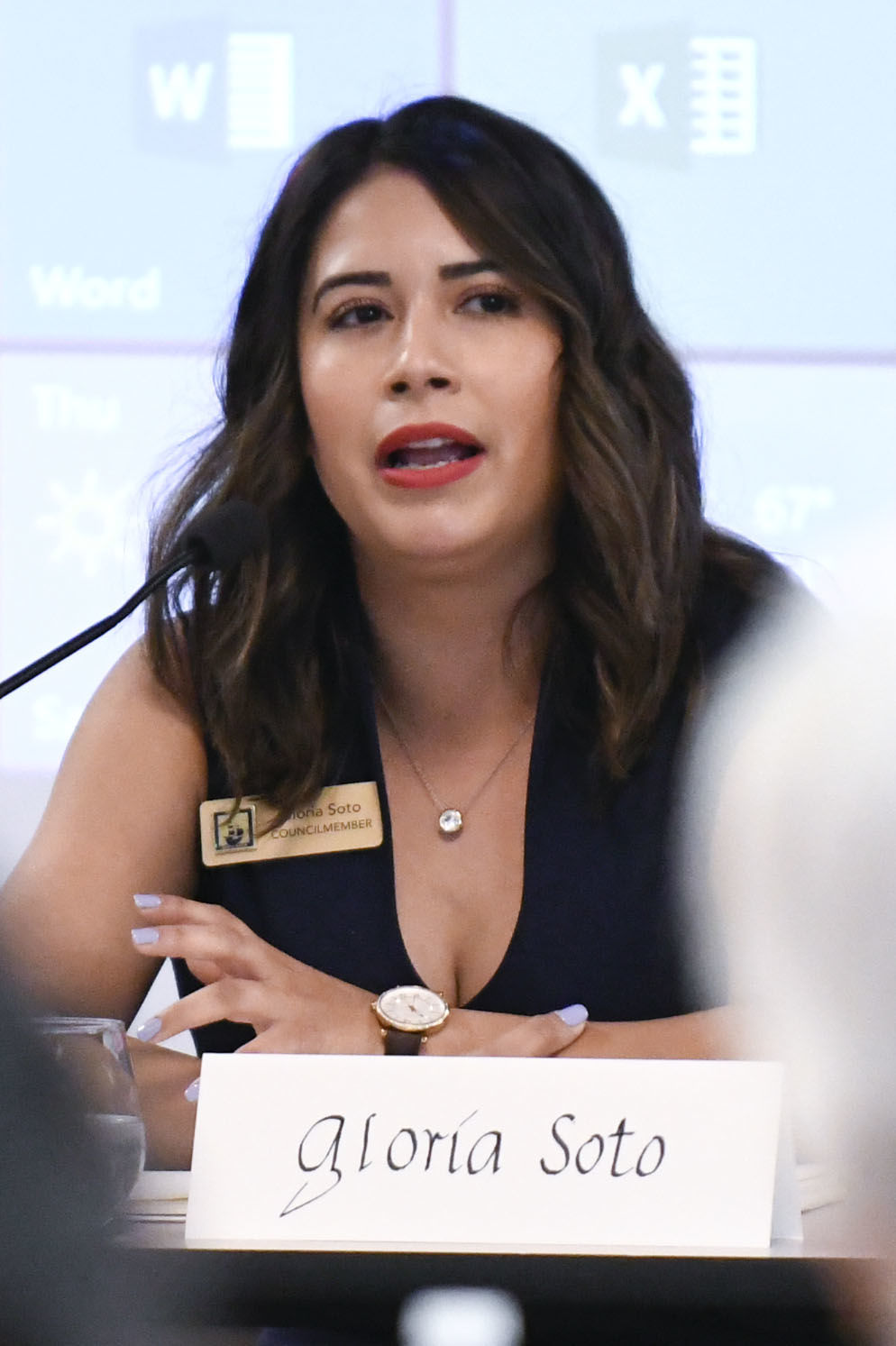 Guadalupe City Councilwoman Liliana Cardenas has found that it takes a good deal of passion for someone to stay motivated in the role.

Although she makes just $150 a month for her work and faces repeated questions about her age, the 29-year-old councilwoman said she recognizes the importance of being an example for other young women who are interested in running for local office.

Cardenas' experience is just one that was shared by women serving in local government in Santa Barbara County at a Women in Government panel on Thursday morning. Along with discussions about how they became interested in politics and their inspirations, panelists dove into issues such as stipends for council members and a need for more diversity in local government.

The event doubled as a celebration of the 100th anniversary of the right to vote for women in the United States.

Fisher kicked things off as the keynote speaker for the event, as well as a panelist. Having worked in Santa Barbara County for nine years and with agriculture for 35, she shared insights about the challenges of getting to the position she now holds.

“The climb to the top can be tough going for anyone, but for women, there are hurdles going up the positions of power, especially in agriculture,” she said.

Fisher also focused on the importance of uplifting not only women in agricultural leadership but women working in agriculture in general. She applauded the fact that one out of eight farms in the county are run or owned by women, and that the number of women in other agricultural roles is growing.

When the full panel was asked about the challenges they've faced in their roles, they spoke to a variety of difficulties from experiencing self doubt to experiencing racism and sexism.

Along with these challenges, however, they also highlighted the pride that comes with being a role model for other young women and the importance of inspiring others who want to follow in their footsteps.

Soto, who has been on the Santa Maria City Council for a year, said thinking about the difficulties of her role brought back a “tsunami of memories from the campaign trail.” She recalled being asked offensive questions about her race and immigration status when knocking on doors, and being told that she might get votes because of her good looks.

Those comments, she said, reminded her why it was so important she was running for office in the first place, and why it was important to have women like her in elected positions.

“I am the daughter of farmworking immigrants and a proud product of Santa Maria. I never really believed that someone like me would be able to have a seat at this table," Soto said. "Not so much because I didn’t see enough women, but because I didn’t see women with my lived experience.”

Cardenas, serving her first year as a Guadalupe city councilwoman, wanted to run for office from a young age. Having achieved that goal early in her career, she said she now feels extra pressure to do well in her role because of her gender and young age.

However, the 29-year-old said she always owns up to her age.

Lompoc mayor Osborne said the challenges women in government face over the years often make them more qualified candidates for the work of serving people in the community. She has heard feedback from the community that her presence in the City Council chambers makes it easier for people to voice their opinions and concerns and feel like they will be heard.

“We have a lifelong habit of putting our egos aside. We’re not there for ourselves, we’re there for our community,” Osborne said. “We really listen to what the person has to say.”

Solvang City Councilwoman Waite brought a slightly different perspective, saying that while it is important to highlight women involved in local government, she hopes those women would first and foremost be seen and treated as qualified individuals.

“I found it kind of conflicting to be sitting here as a woman in a women’s forum, when I feel like we should be concentrating on seeing ourselves as individuals, not just as a woman in government or a woman in leadership,” she said.

Waite added that she is the only woman serving on her city council, and that she hopes to see that change in the future.

The question of low stipends for city government positions was also brought before panelists, who all said it was something they had to reckon with upon accepting their positions.

"It's difficult. It really shows our passions for the community," Cardenas said.

Soto said along with her full-time job outside of the City Council, committing herself means she works up to 80 hours a week in total to do her job well. She said she is lucky to have the flexibility to be able to do both jobs, an option many young people do not have.

Waite stated the need for change in pay standards in order for more diversity to be brought to local government.

"For me, this is the big stick in the spoke," Waite said. "The little stipend that anyone receives for being on boards and commissions in local government is what prohibits diversity, and women from being involved."

Despite the challenges, many of the panelists said they can give back by extending the inspiration that they first felt to work in government back to other women in the community.

Fisher, who said she is set to retire in coming years, said it has been great to be able to mentor other female commissioners in the county who are in the early stages of their careers.

"The challenges still go on, they're still out there, and a new generation of women are facing that. That's one thing that's been a benefit going through those life experiences on the job, is helping new women navigate those times."

A video of the forum can be viewed at https://www.lwv.org/local-leagues/lwv-santa-maria-valley

A Santa Paula woman was identified as the woman who drowned near Bradbury Dam in Cachuma Lake on Sunday, according to a Santa Barbara County Sheriff's spokeswoman.